Curse Of Strahd is one of the best campaigns for Dungeons & Dragons. Set in the realm of Barovia, a Domain Of Dread within Ravenloft, your players find themselves transported here and trapped. There is no escape, not without first defeating the seemingly unstoppable vampire Strahd Von Zarovich.

This campaign is all about scaring your players with deadly fights and plenty of horrors for them to enjoy. Even just traveling around Barovia can be a spooky experience. Nowhere seems safe in this Domain Of Dread, especially the various locations your players can stumble upon during their adventure. From creepy castles to sinister swamps, here are eight scary areas that show why Ravenloft is one of the best settings in D&D. 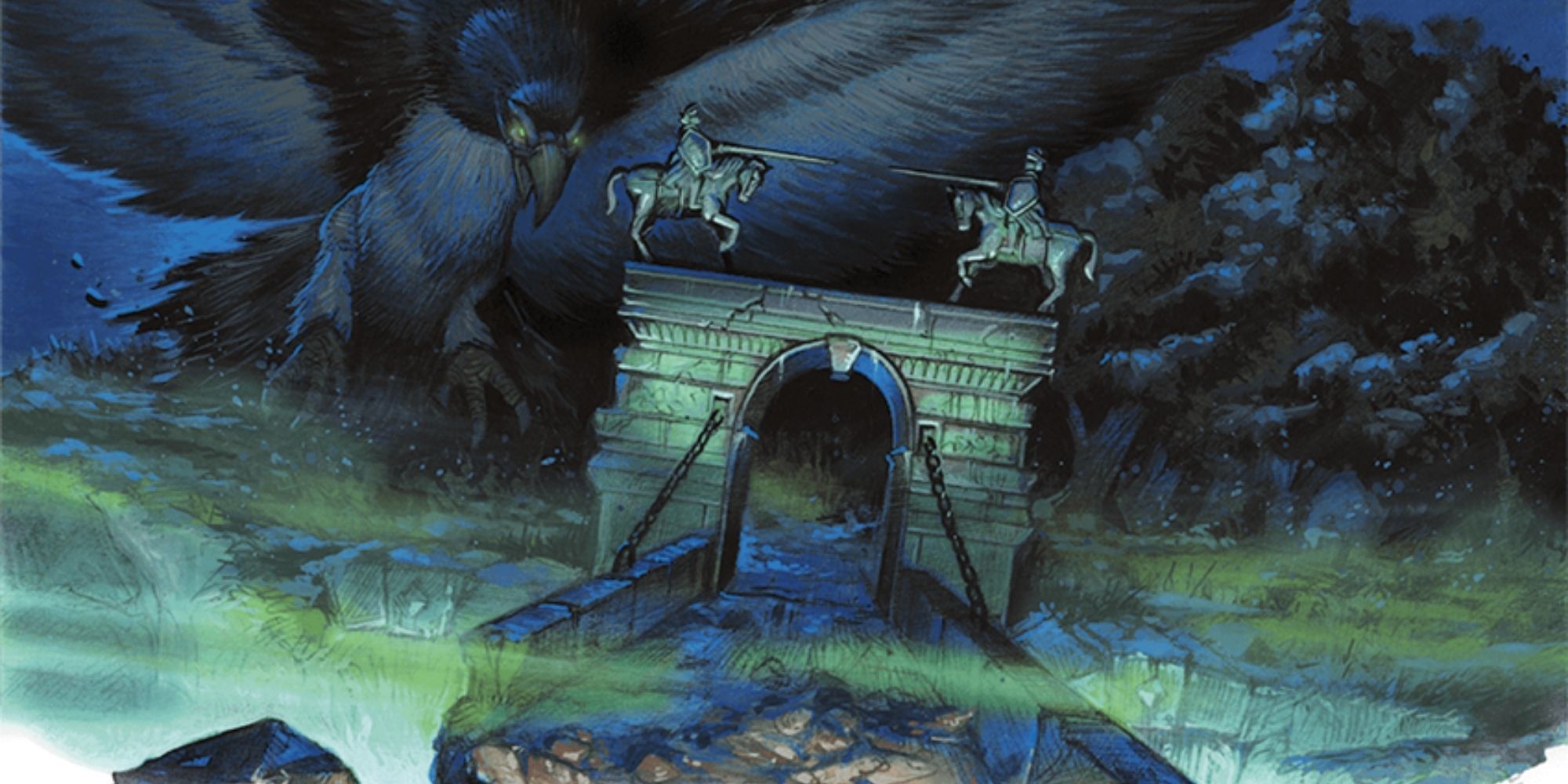 Barovia is full of scary, dangerous, and mysterious creatures lurking around every corner, and Tsolenka Pass is no exception. Tsolenka Pass is relatively isolated from the rest of Barovia, making it quite an unsettling, lonely path for the party to travel down. Heading further up Mount Ghakis, it is also freezing cold at night. Far from the villages and towns of the valley, there is not much safety around this location. Tsolenka Pass consists of a bridge looming over the Luna River and a guard tower.

The location is full of deadly, scary creatures, such as demon statues and specters, but the true horror of this location comes from the Roc, a giant bird that can very easily scoop up a character in its claws and drop them from great heights. You will be sure to terrify your party with this location, especially when they hear that horrible shriek of that feathered fiend and have nowhere to run. 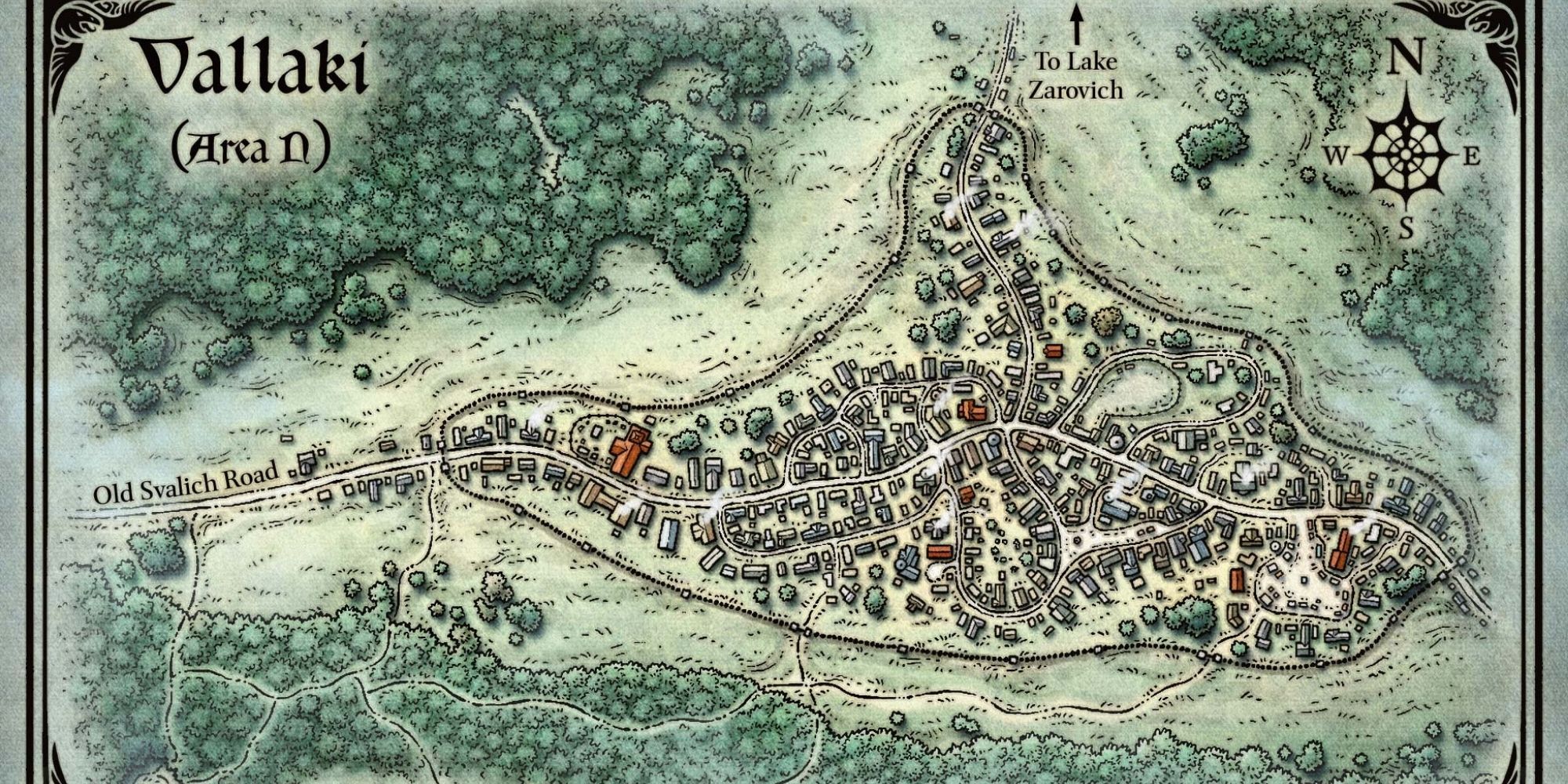 Vallaki isn't necessarily filled with terrifying monsters (for now…), but it has an incredibly unsettling tone that will creep out your players. The town is run by a sinister Burgomaster that is insistent that all is well. From the moment the party steps into the town, they'll get a great sense that nothing is right here. You can really play on this unease to build up tension within the party, building it up until they are constantly on edge. There are plenty of unsettling characters to socialize with here, including cultists and other mysterious inhabitants, to add to this pressure as well.

The true horror of this location comes from a specific event that can take place if the players are not careful. Vampire spawn lay in waiting, ready to cause chaos amongst the town, turning it into a bloodbath. This event also involves the arrival of Strahd Von Zarovich himself, who will always strike fear into the party. 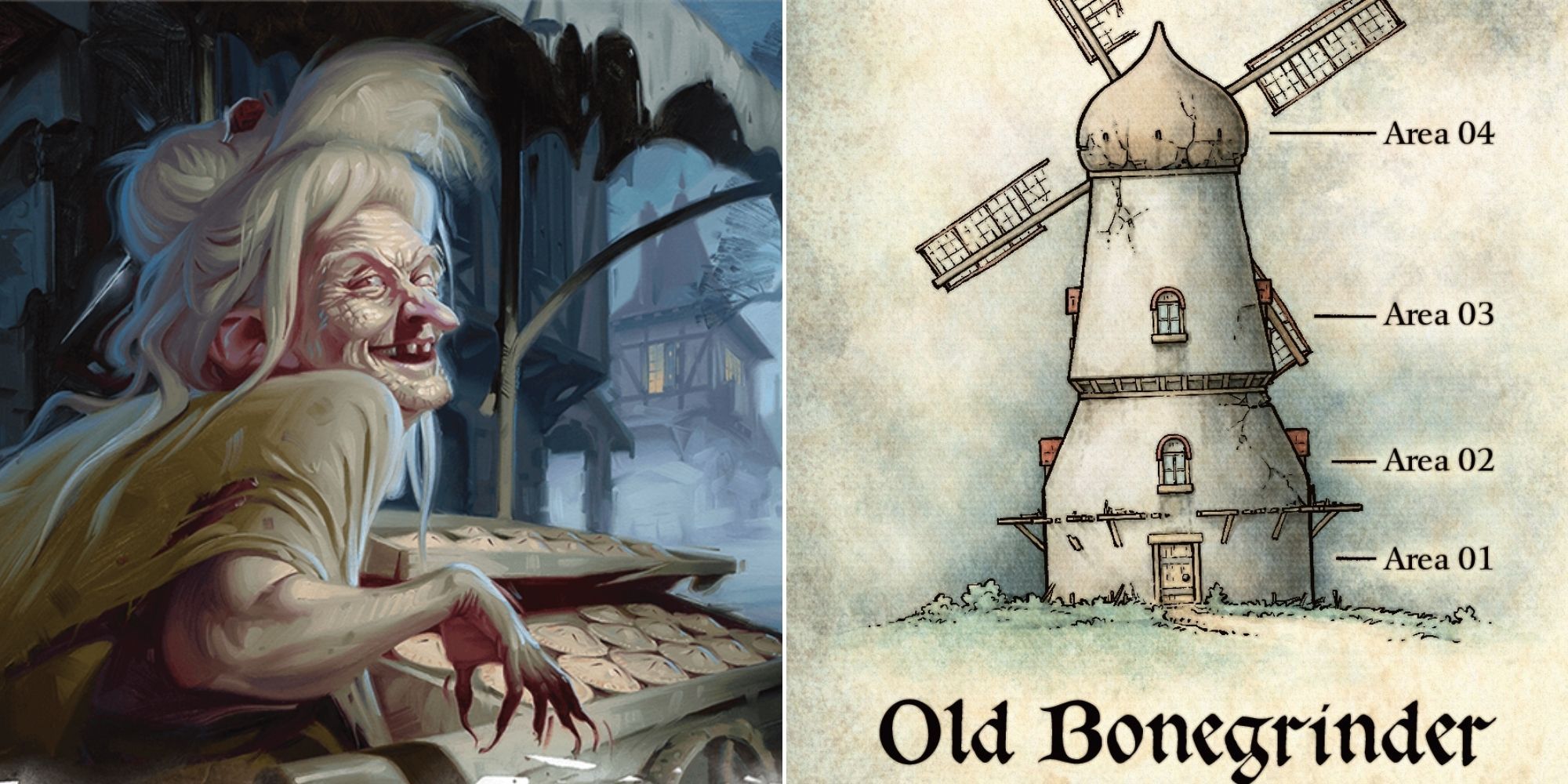 The Old Bonegrinder is a terrifying location that captures just how unsettling the domains of dread can be. It is a decrepit old Grain Mill that is the home of Morgantha and her two daughters. She sells Dream Pastries to the locals in the nearby village of Barovia but holds a sinister secret. She and her daughters are, in fact, a coven of Night Hags. Not only that, but the key ingredient in Morgantha's addictive pies is children! It's a horrific truth that will send a shiver down your party's spines.

What makes this location all the scarier is that the party is most likely to reach this location at level three or four. This makes the encounter with a coven of hags all the more imposing. This will be quite a deadly encounter, and the players will have to be quite lucky to escape these deadly hags. 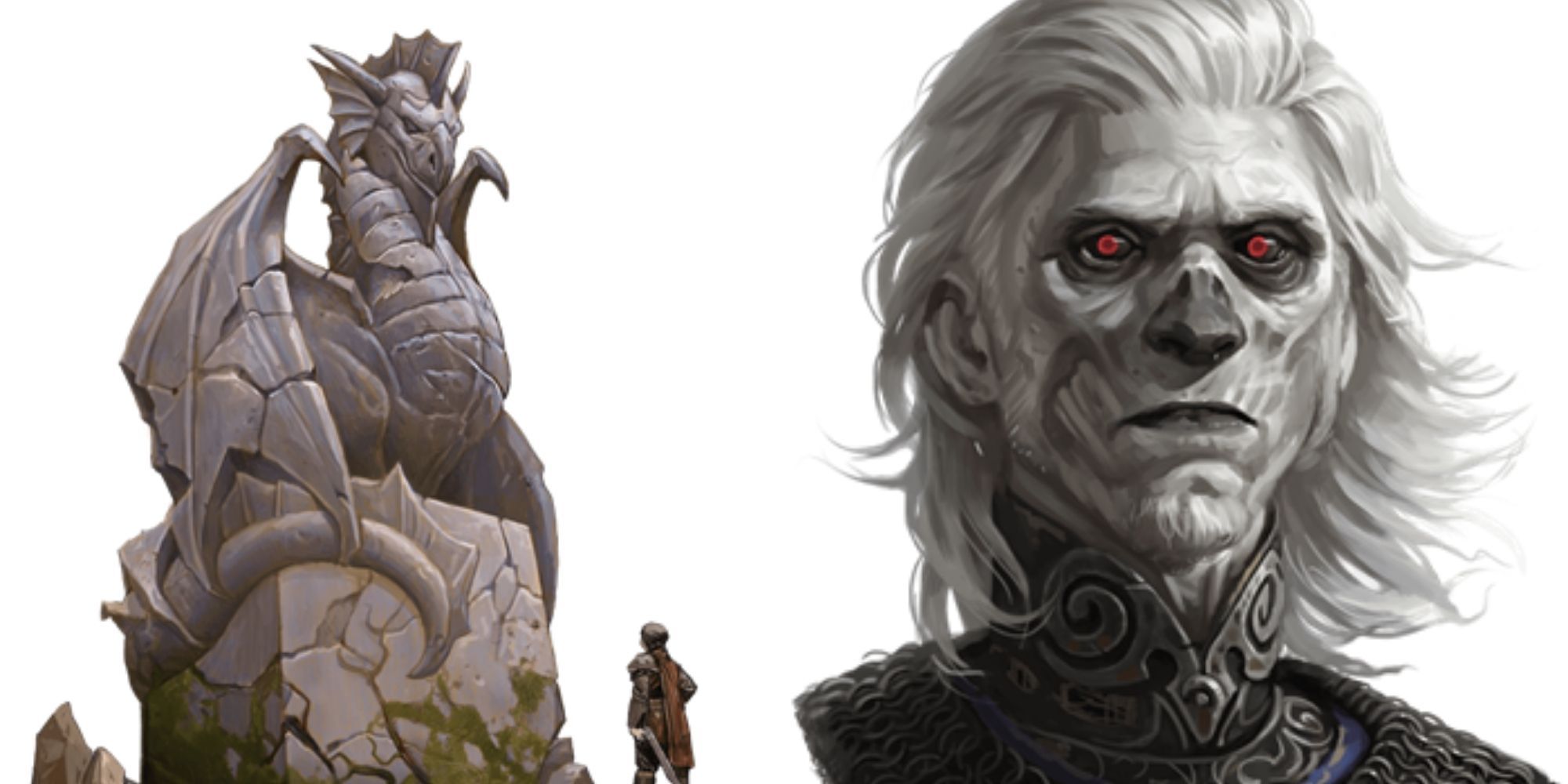 Argynvostholt is a castle-like manor full of corruption and despair. Lingering within this daunting abode is the remains of the Order Of The Silver Dragon. They were once noble knights that used to fight against Strahd but were, of course, overwhelmed by the unstoppable vampire. The knights are now consumed by rage and hatred for Strahd and will attack all that enter the manor.

There are plenty of deadly combat encounters that can take place here, from giant spiders to undead revenants and phantom warriors. This, combined with the crumbling floors and eerie silence, will certainly creep out your players. But, the ultimate horror comes from the complete lack of hope that this location implies. If an entire army of Knights could not defeat Strahd, what hope does your party have? 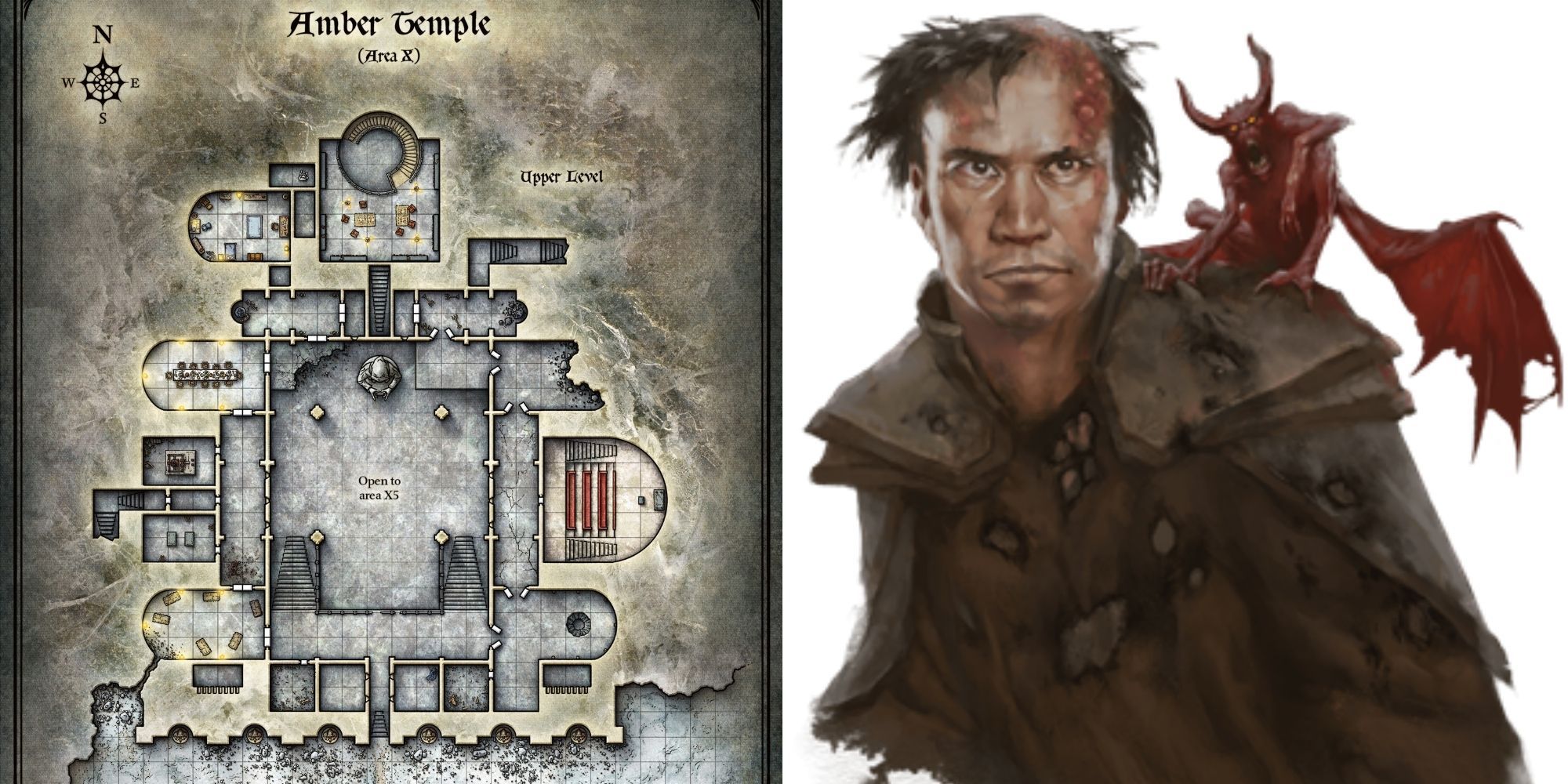 The Amber Temple is one of the most dangerous locations in Barovia. Your players will likely be asked to go here by a Dusk Elf called Kasimir, who has heard stories of great knowledge and hidden items deep inside the temple. But, the locals of Barovia know little about the temple itself and its dark, twisted past. Nothing will prepare your players for what lurks inside.

Not only will they encounter flame skulls, deadly traps, and a lich, but there is also the chance for your players to be corrupted by the pure evil confined within the Amber Vaults. They will be tempted by corrupting, evil, dark gifts that twist and mess with the characters. Your players will not leave this location quite the same as when they arrived. 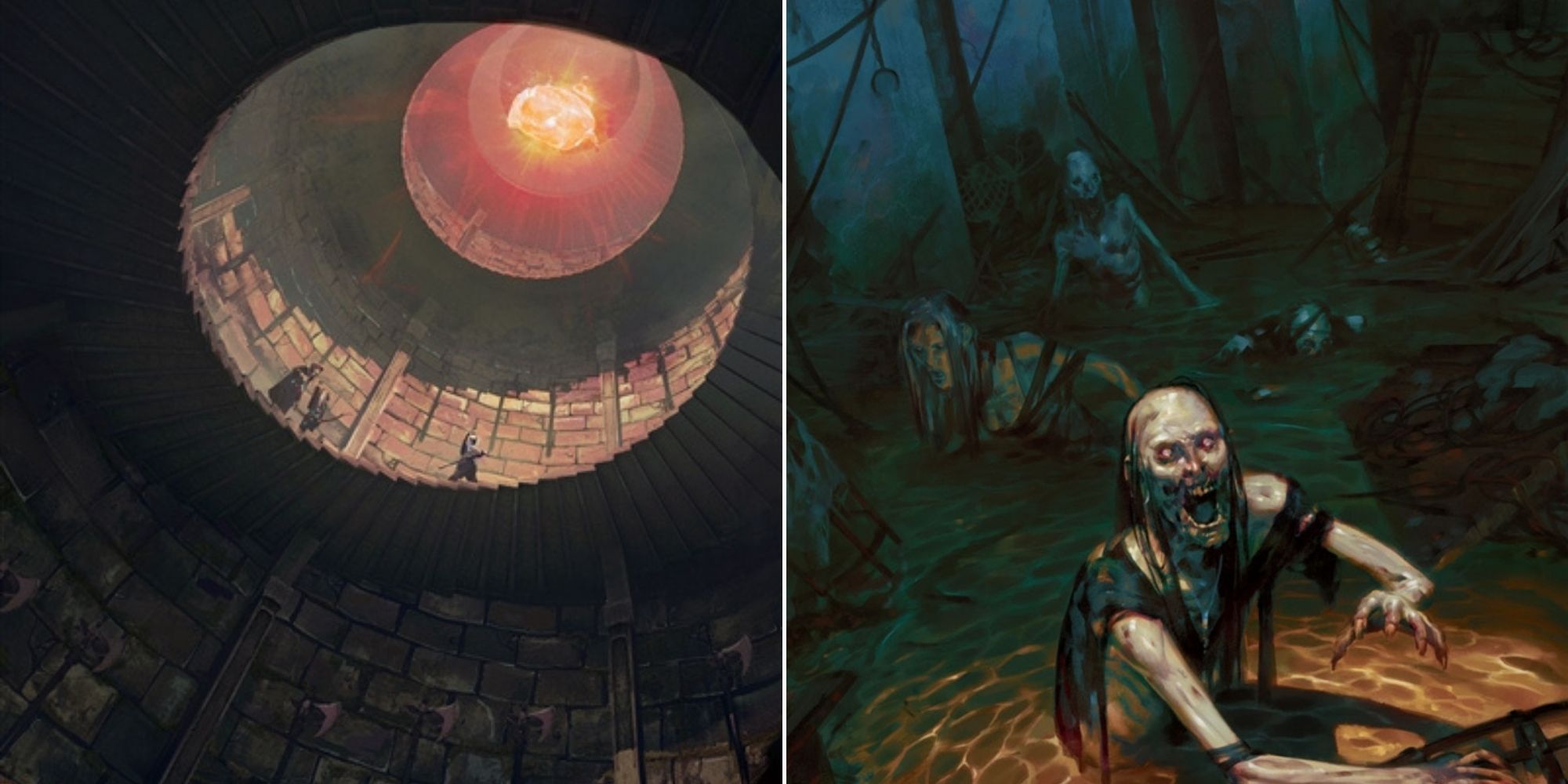 Castle Ravenloft is the home of Strahd Von Zarovich and is quite a terrifying location. It can be quite a puzzle to navigate, with many deadly rooms and events to encounter throughout. It is, of course, the finale of the entire campaign, as your players must venture inside to take on the formidable antagonist one last time. But, this is Strahd's home, and the battle will not be easy.

Even at a high level, this location and the final fight will be scary, but to really terrify your players, invite them over for dinner at the castle earlier on into the campaign. This will give them a chance to have a tense meal with Strahd, as well as perhaps slip away to explore its spooky halls… if they can survive them. 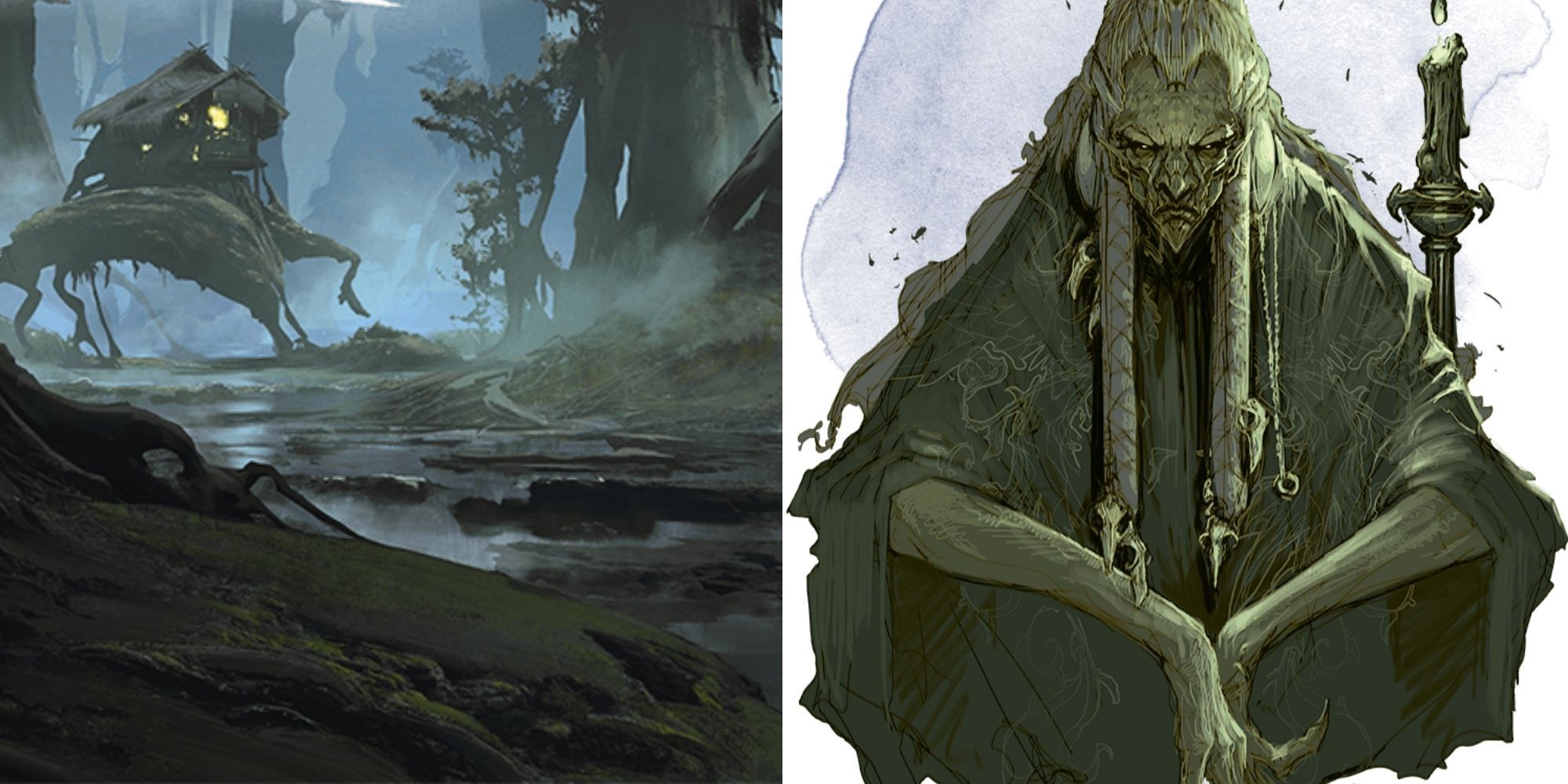 The Ruins Of Berez is a really unique location that stands out from the rest of this creepy Domain Of Dread. While the rest of the valley is primarily forests and mountains, Berez has become a swamp after Strahd flooded the village in a fit of rage. Most Barovians steer clear of this location, where they are likely to get lost in the muddy, misty marshes and even encounter terrifying scarecrows.

Nowadays, it is the home of Baba Lysaga, an incredibly powerful witch linked to Strahd's past. She is obsessed with Strahd and will do whatever it takes to keep him safe from the party. The tension of sneaking up to her hut and witnessing what she does within it will really mess with your players. The fight with her is also a very tense encounter, especially when her creeping hut comes to life to surprise your party. 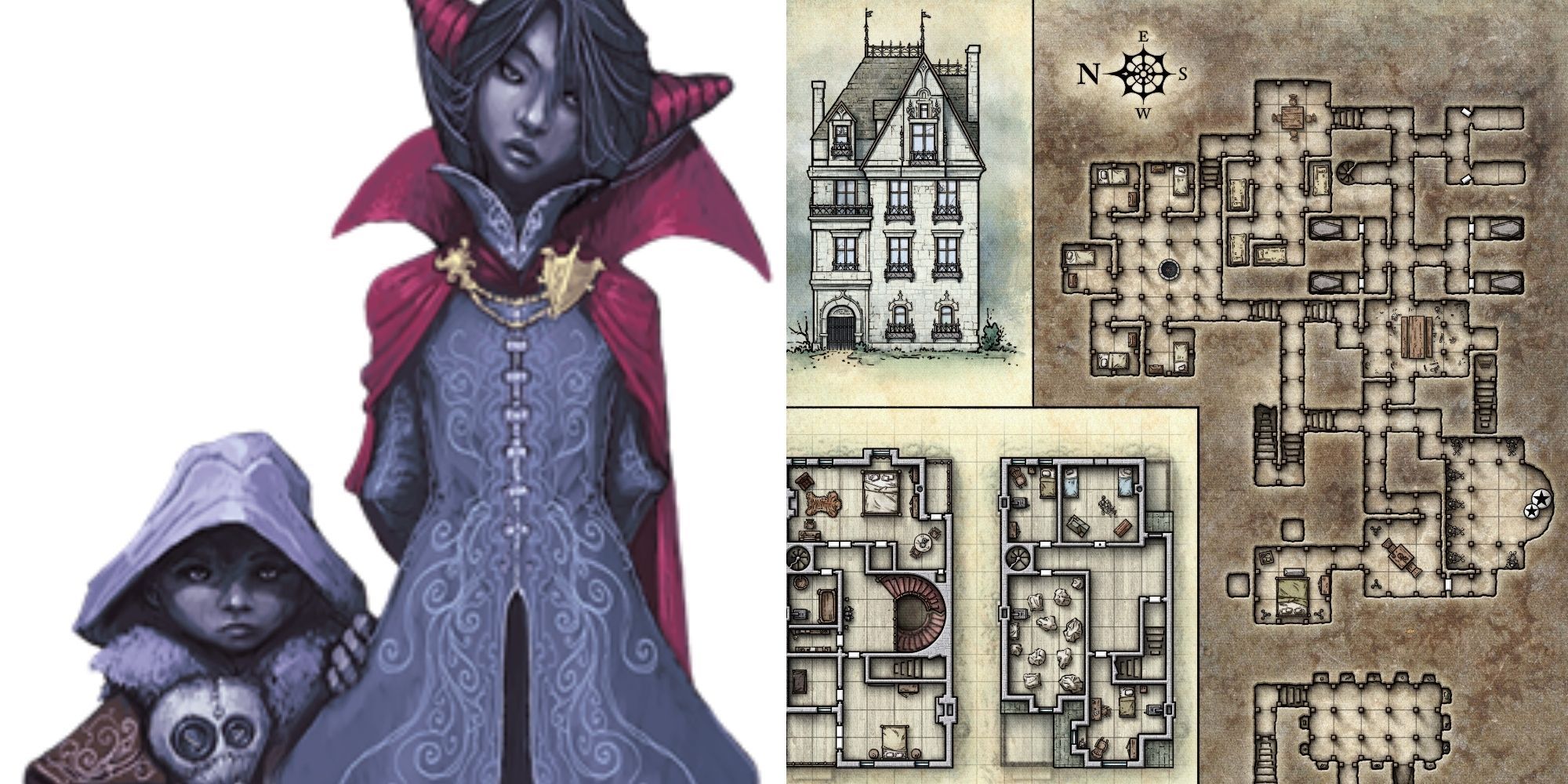 Death House will likely be the first location your players will visit. It is designed to introduce Curse Of Strahd, exploring its themes on a miniature scale, and is intended for level one players. Death House could even be played as a thrilling horror one-shot adventure. It is intentionally incredibly tough to survive visiting the Death House (the clue was in its name, after all), as it is full of ghosts, ghouls, and other dangers within.

Death House is a classic haunted house tale, starting with two ghostly children pleading for help outside. Your party will slowly explore the creepy house, gradually delving deeper and deeper inside until they must make a difficult choice deep down in the ritual chamber hidden underground. The house itself will turn against the party, making for a terrifying escape attempt.