As a game with a deep history dating back to the 1970s, it should be no surprise that Dungeons & Dragons is filled to the brim with countless unique races and monsters that adventurers can encounter in their travels. This game is uniquely home to various canonical worlds in which DMs can set their campaigns including the world of Krynn, the Forgotten Realms, and more recently, various Planes originating from Magic: The Gathering like Ravnica.

Many of the aforementioned settings are home to their own unique inhabitants that are a rarity outside of a given setting, such as the Draconians of Krynn or many others. One such creature that has its roots in a specific setting is the lizard-like Viashino. As the Viashino are quite niche within the context of D&D's fifth edition, we're going to shine a light on this underrated species, telling you who they are and what makes them so unique. 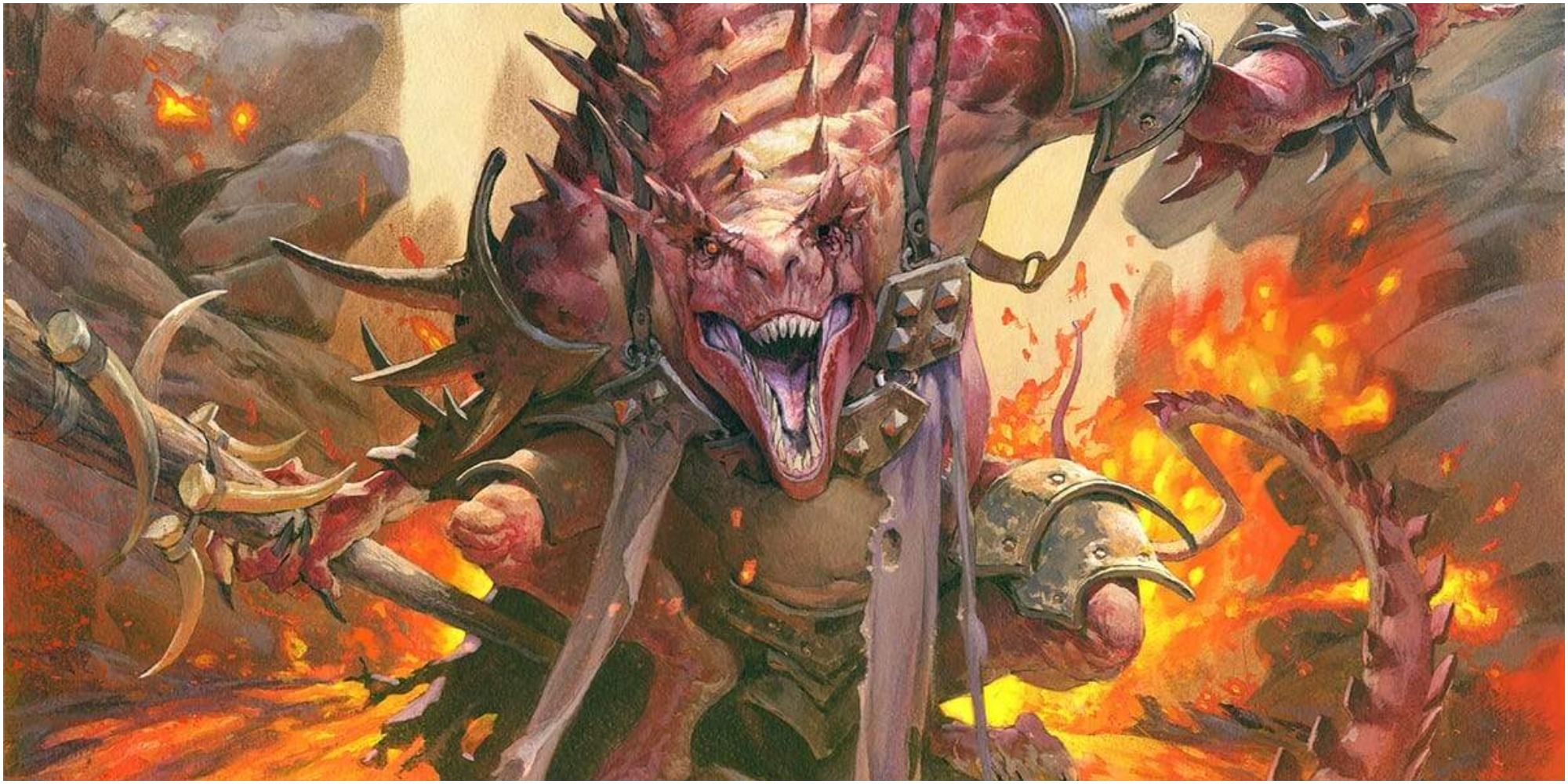 The Viashino are a race of lithe and wiry lizard-like people with origins in Magic: The Gathering. First appearing in the Magic: The Gathering novel, The Prodigal Sorcerer, their first in-game appearance was within the Mirage set in 1996. Since their introduction, Viashino have appeared in a variety of the game's Planes, most notably making their transition into D&D due to their inclusion on the Plane of Ravnica. As Ravnica is now a popular setting option for a D&D campaign following the release of the Guildmaster's Guide to Ravnica, it's incredibly feasible for a DM to include Viashino into their campaigns.

However, it should be noted that no official Viashino NPC or monster stat blocks are included in the game.

Within the context of Ravnica, Viashino are commonly found within the ranks of the militant Boros Legion of knights and paladins, within the Gruul clans of barbarians, druids, and shamans, and within the Izzet League of artificers, inventors, and alchemists.

Notably driven by their strong emotional reactions and inner fire, Viashino are characteristically known to be quick-tempered and passionate. Unlike other reptilian races like Lizardfolk and Dragonborn, they are known for their long, wiry, bladed tails which they can wield effectively in combat.

Playing As A Viashino 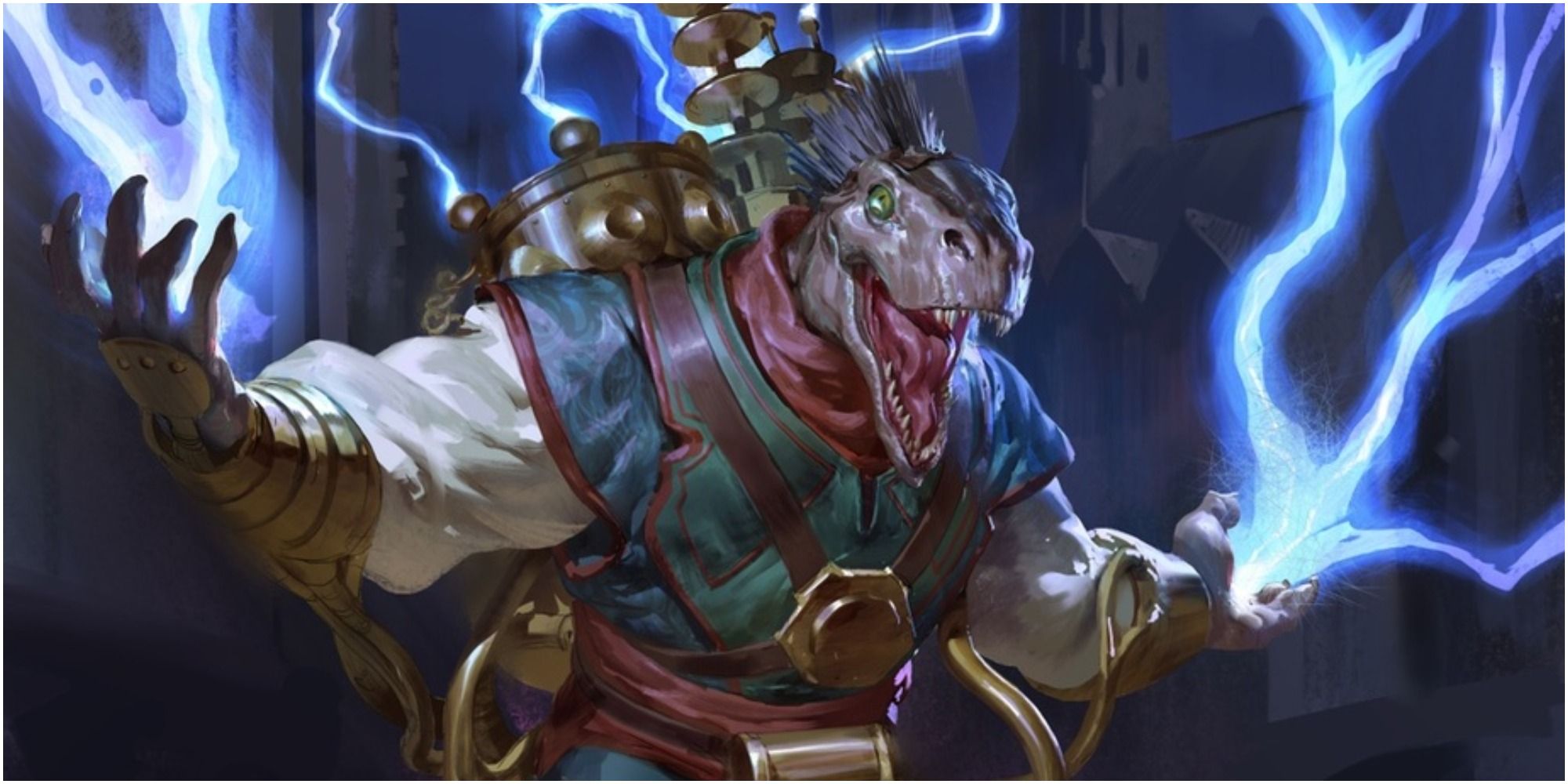 For those interested in playing a Viashino character, rules for the race were included within the Races of Ravnica Unearthed Arcana, released in 2018 prior to the release of the Guildmaster's Guide to Ravnica.

While this Unearthed Arcana was released by Wizards of the Coast and features many races that went on to be officially included within the Guildmaster's Gude to Ravnica such as Loxodon, Simic Hybrid, and Vedalken, the Viashino has the unique distinction of being the only race in this Unearthed Arcana to be excluded from the aforementioned book. Though Unearthed Arcana releases are developed and put out by Wizards of the Coast, they are technically considered playtest material and are not officially part of the game, meaning they can't be used in the likes of an Adventure League game.

However, many DMs are more than happy to allow players to utilize such content, so doing so is simply a matter of making sure it's approved by one's DM. In the case that a DM wants to strictly limit options to those featured within official books, the rules of the Lizardfolk race can easily be flavored to function as a Viashino, as can the Custom Lineage rules featured in Tasha's Cauldron of Everything. 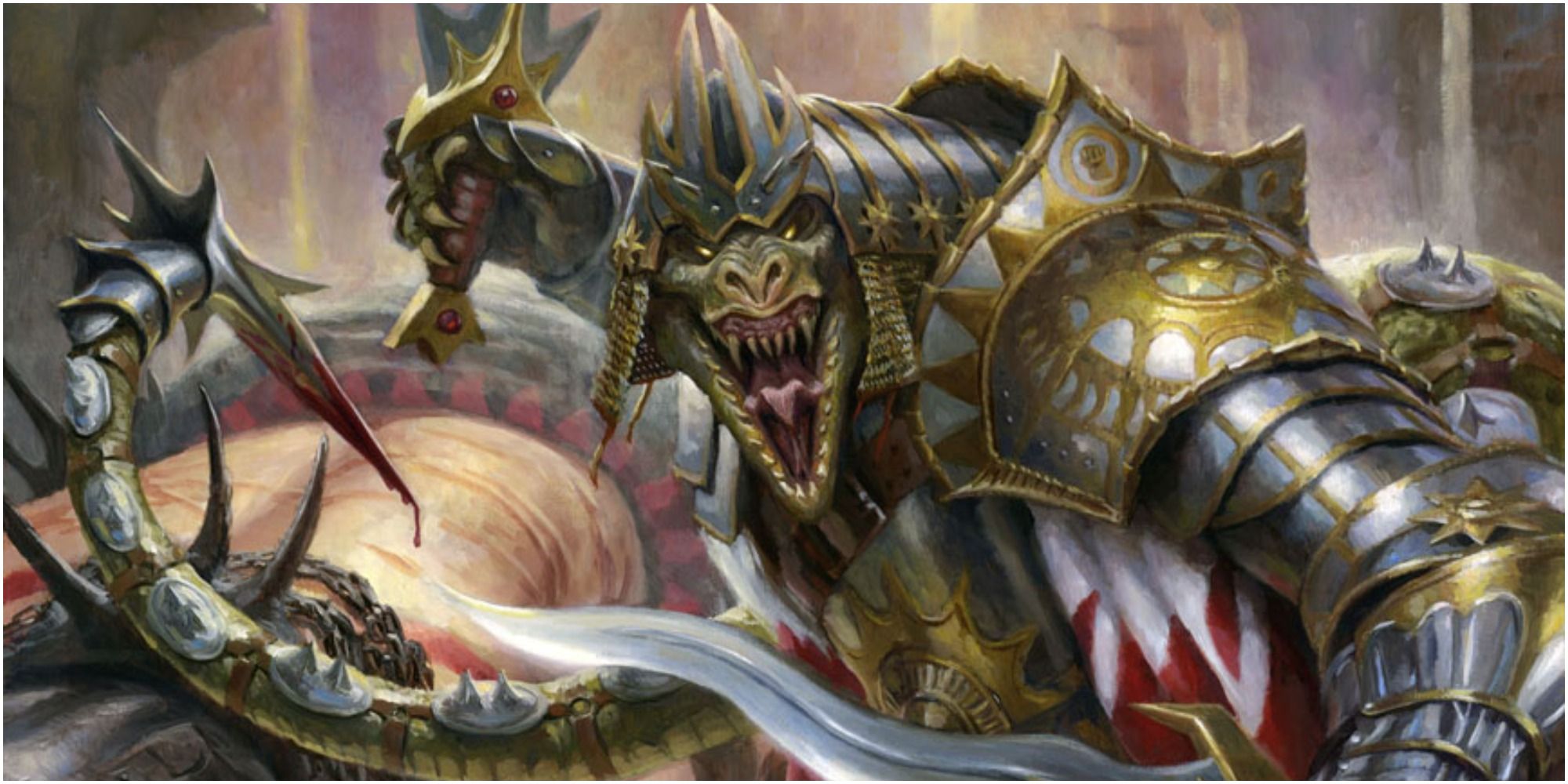 For those interested in using the Viashino rules featured in the Races of Ravnica Unearthed Arcana, the most noteworthy distinction of Viashino is their access to a unique counterattack through the use of their Lashing Tail. Whenever a Viashino character is dealt melee damage by a creature within five feet of them, they may use their reaction to make an unarmed strike against the attacker, dealing 1d4 plus their strength mod if the attack lands successfully. When paired with spells such as Divine Favor, Hex, or Hunter's Mark that can potentially increase the damage output of each attack made by a character, this reaction is a solid way of maximizing one's damage output and making the most out of their action economy.

In addition to their Lashing Tail feature, a Viashino notably gains access to a natural weapon attack in the form of their bite as well as proficiency in one's choice of Acrobatics of Stealth. While this race is quite dexterous, it can excel in a wide variety of roles, whether it be as a spellcaster, using spells like Hex to make the most out of Tail Lash, or a tanky martial combatant.

For the full details on Viashino Race, the Races of Ravnica Unearthed Arcana can be found here.