If a spellcaster can cheat mortal limitations, they can become infinitely powerful, as in most cases, sources of arcane magic are indefinite. But only those who understand magic on a scholarly level can do something with that power. Because of this, the most influential figures in the Dungeons & Dragons universe are wizards.

If you've at any point played a spellcaster in D&D, odds are you're at least familiar with the names of some iconic wizards. Some have pushed the boundaries of an existing spell's capacity, birthing new effects, whereas others have created wholly original spells entirely from their minds. And a legendary rare few have left their magical imprint on the universe, for better or worse. 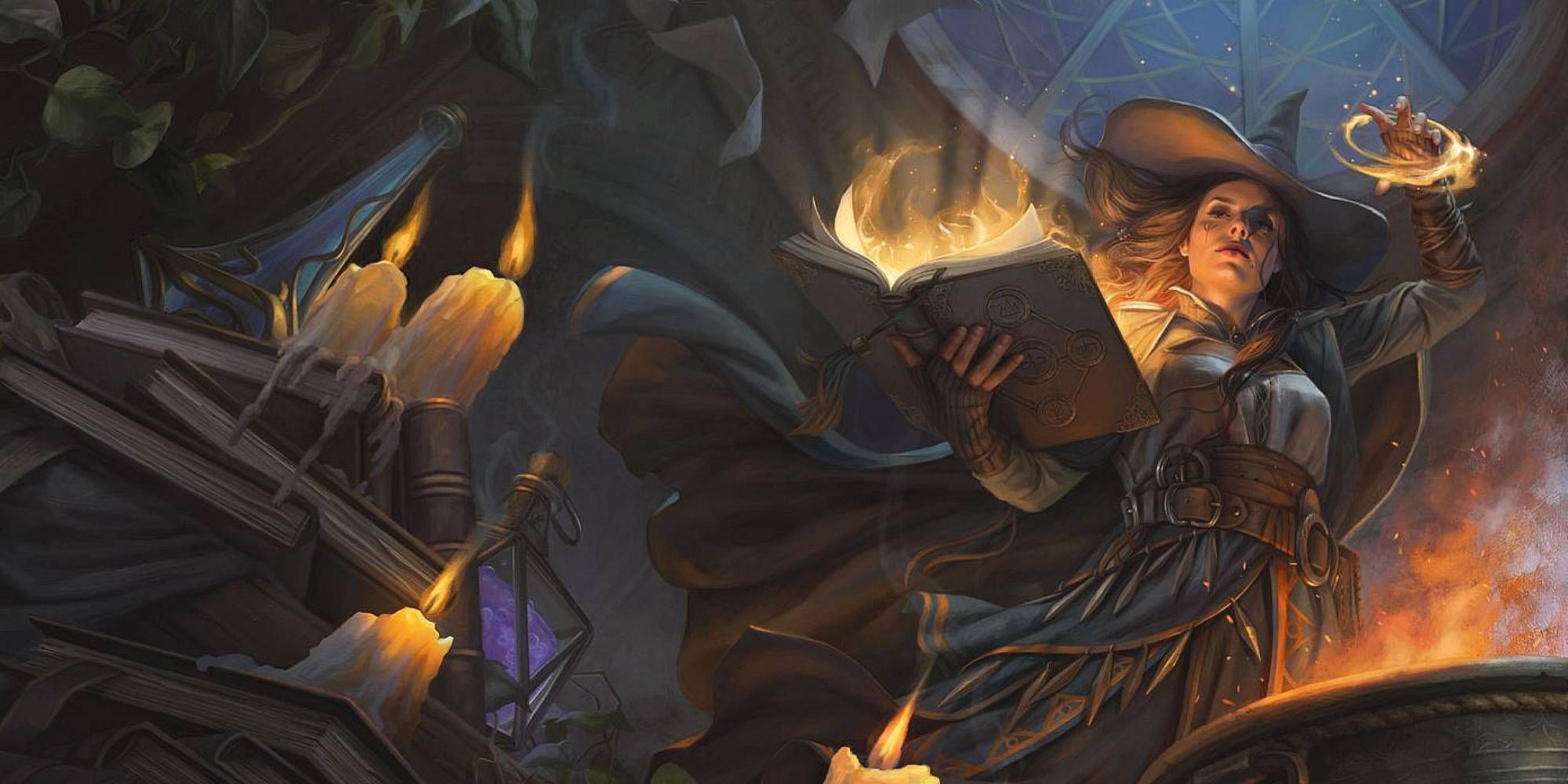 Iggwilv, the Witch Queen, has donned many guises over the years, but you most likely recognize her by her actual name Tasha. Having been raised by her adoptive mother, Baba Yaga, and studied closely under her tutelage, she is canonically considered to be one of the most powerful individuals in the multiverse. Her most noteworthy accomplishment is her publication, the Demonicon of Iggwilv, which is the sole source of reputable information the D&D universe has on the fiends who inhabit the Abyss, their hierarchy system, and how to control them for your own ends.

Tasha is undoubtedly a character whose actions are painted in various shades of grey. In one instance, she has summoned hordes of demons to wreak havoc on Oerth, only to abandon them shortly, perishing without her guidance. She's characteristically flighty and certainly no hero, having clashed with Oerth's highest magic order, the Circle of Eight, on numerous occasions, but her actual goals are shrouded in mystery.

Her intimate relationship with the Demon Prince Graz'zt has cemented her influence in the Abyss, her longtime home in the Gray Wastes curries favor with the Yugoloths, and her control over a Domain in the Faewild has earned her the title of Archfey. What's next for her?

For Krynn, the planetary setting for Dragonlance adventures, magical mastery is challenging, mainly due to the casting of magic being physically exhausting, a result of something called the Curse of the Magi. Still, many have pushed beyond this boundary, but none quite like the famous anti-hero Raistlin Majere. He was physically meek and prone to illness but understood magic at a level incomprehensible to most of his peers and the gods of his world.

Marked by his otherworldly gold skin, white hair, and hourglass-shaped eyes, Raistlin displayed immense magical aptitude from childhood. He completed the highest test of sorcery in the setting in his adolescence and was gifted from this an incredible resistance to magical effects, the Staff of the Magi, and the ability to see through time. For most of his life, he utilized his gifts to satiate his desire for power.

Still, he died a hero when he chose to sacrifice himself to seal away the god Takhisis, the Queen of Darkness, preventing her return to Krynn, as opposed to killing her and taking her godhood for his own. Although, in another timeline, he did just that and used his godhood to murder all the other gods and bring forth an apocalypse. 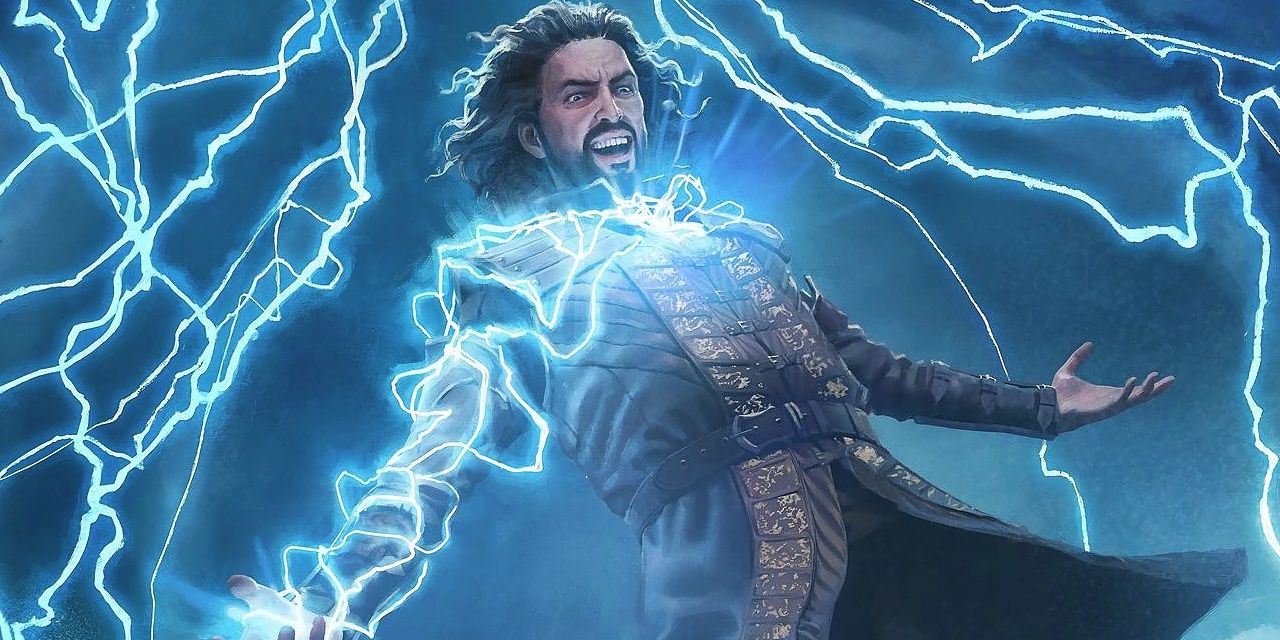 Perhaps the greatest of mages, and the lowest, Karsus was a prodigious spellcaster who encapsulated the theme of "absolute power corrupts." Even from the age of two, he could cast cantrips, and being raised in the ancient, magical empire Netheril, faculties for magical mastery were readily available; Karsus was in the right place, and at the right time, or so he thought.

Karsus's natural skill was unmatched, but he was rebellious against formal magical training, which indicates his hubris. His famous end was marked by an event known as Karsus's Folly. He challenged the goddess of magic at the time, Mystryl, by crafting the only known 12th-Level Spell, Karsus's Avatar, which contained the power to steal the godhood from a deity and place it into the caster. His target was Mystryl herself, which was nearly successful, but he misjudged the amount of responsibility godhood demands, and arcane energy began dangerously surging.

To bring the unstable mortal-turned-god down, Mystryl had to sacrifice what remained of her to pull the plug on all magic in the world, which would cease his spell but would destroy the Netherese Empire. It was a disaster, and since then, most high magic has been blocked by the higher powers of the universe, and the Netherese Empire has been lost to history. 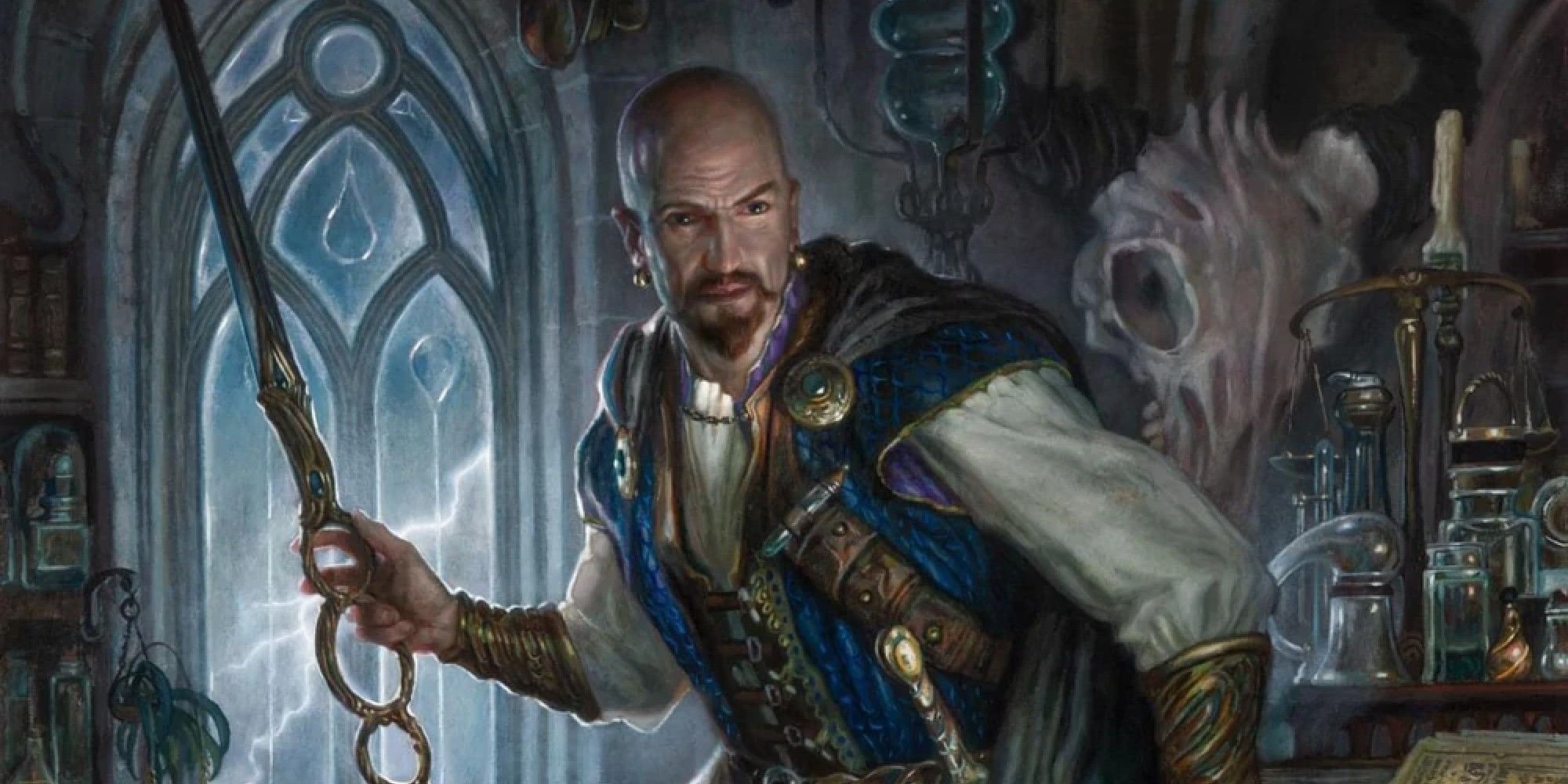 Hailing from the Greyhawk setting (and one of Gary Gygax's characters), Mordenkainen is considered the most powerful wizard on Oerth and is known throughout the multiverse mainly due to his penchant for planeswalking and battling against the most formidable monsters in existence. Mordenkainen does this, seemingly all in the name of research, and makes regular visits to Earth to share his notes with his colleagues, Elminster, who needs no introduction, and Dalamar, the prolific apprentice of Raistlin Majere.

Mordenkainen has dueled the biggest hitters in D&D lore, Vecna, Strahd, and Iggwilv, to name a few, but has taught and worked alongside legends. His formation of the Circle of Eight, Oerth's highest order of spellcasters, has had a star-studded membership over the years, including the wizards Bigby, Tenser, Rary, Otto, and Ottiluke to name a few, all of which reported to him, the ninth shadow member and respective leader. It's safe to say Mordenkainen's quite the celebrity. 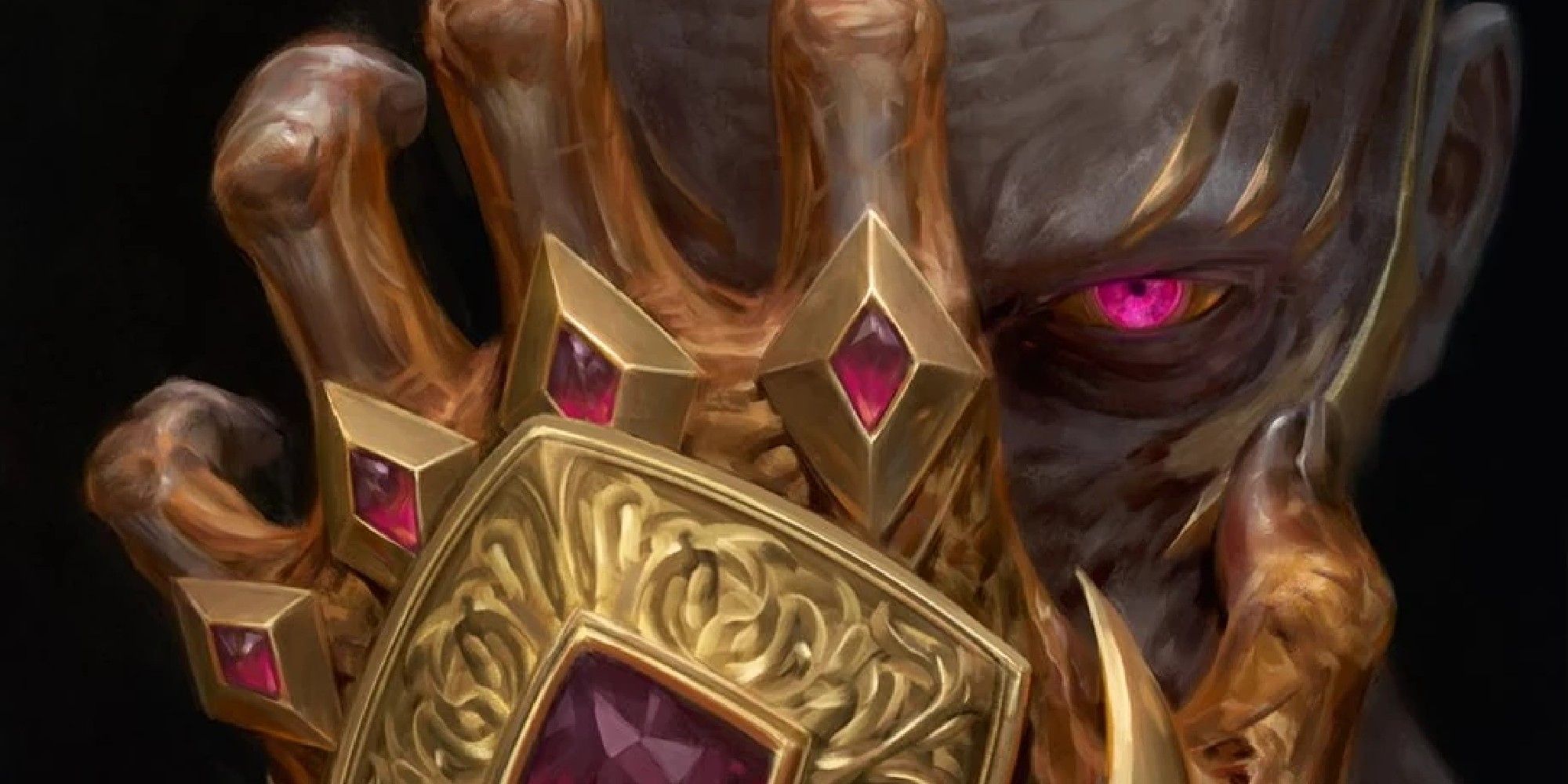 The bogeyman of the D&D multiverse, Vecna, is a name recognizable by all, in and out of the game. He started life as a king on Oerth, but his skill with magic, access to resources, and a deathly fear of mortality led to his ascent into lichdom, and from there, nothing was ever enough.

His loyal subordinate Kass famously defeated Vecna, but with a sword possessed by Vecna's own evil will, as it had grown potent enough to begin to manifest itself as a separate entity. When Vecna's physical form was defeated, he returned, as lichs do, and keeps coming back, always after some further level of ascension. His last attempt was at godhood to exert his control over other gods and redesign the universe. Fortunately, he was stopped. And don't worry, he's got a fresh new statblock for 5e, which means we can stop him the next time he tries. 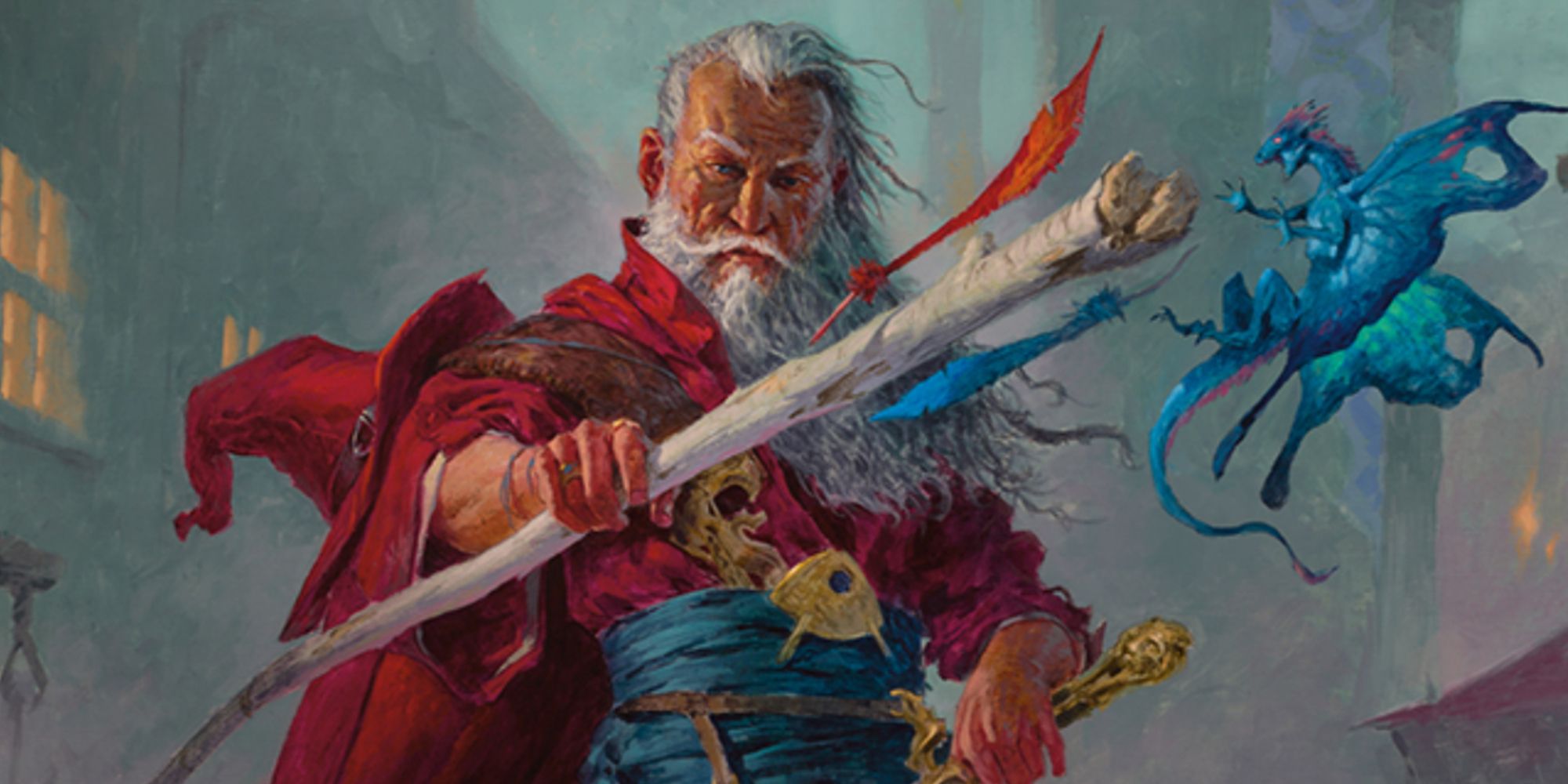 Elminster, or "the Old Mage," is the Merlin-equivalent of the Forgotten Realms setting. Elminster has been around the timeline for over 12,000 years, consistently saving Faerûn from demise. He's crossed staves with the most fearsome individuals of the Forgotten Realms lore like Manshoon, the Thay Zulkir Szass Tam, the Netherise lich Larloc, and the god Bane.

This is mainly because Elminster is a Chosen of Mystra, which means he has the favor and power of the goddess of magic, Mystra. That amount of power hasn't always been reliable throughout the past, but it's always protected him from death, and his unwavering faith is why he's still around. With a long life of heroism behind him, he spends most of his time helping out old friends and ushering a new era of adventurers to take up the mantle, appearing wherever he's needed most, a living legend whose mere presence is enough to solve problems.