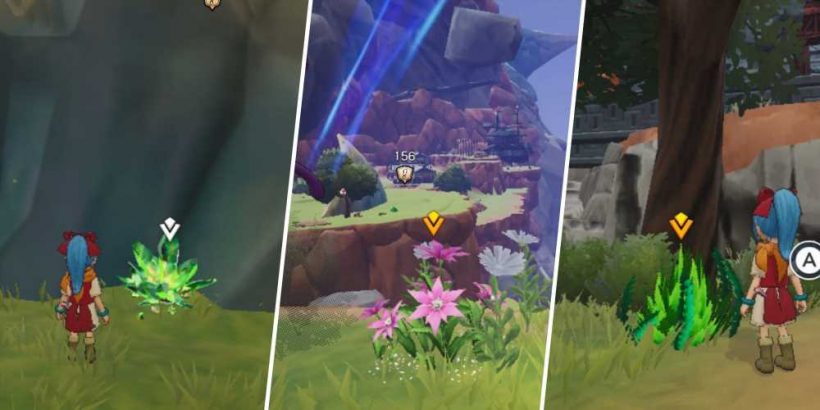 The majority of your time in Dragon Quest Treasures will be spent scouring the land for treasures. However, as you collect all that desirable loot, you will also be coming across a copious amount of natural resources. These resources are extremely important.

Solar Flower and Sprigs of Narspicious

Solar Flowers are the most common resource you will encounter while plucking those pointy green plants on the Palatial Plains. The Sprigs of Naspicious are located in the same places as the Solar Flower—which is to say everywhere—but they tend to drop less frequently. Nonetheless, they aren't so rare that you won't find any of them. Just keep scooping up those pointy green plants and you will find plenty.

While you won't find much in the way of Glimmergrass on the Palatial Plains—most of it is seemingly found in the Sylphanian Stockade—once you get to the under-section of the Paternoggin, you will find plenty of Glimmersgrass.

The lower section of The Paternoggin can be accessed by talking to one of the members of the expedition and asking them to take you to the Pirate's Stockade. You can find an expedition member in the Sylphanian Stockade and right next to the station: both of them are huddled up next to the campfire. 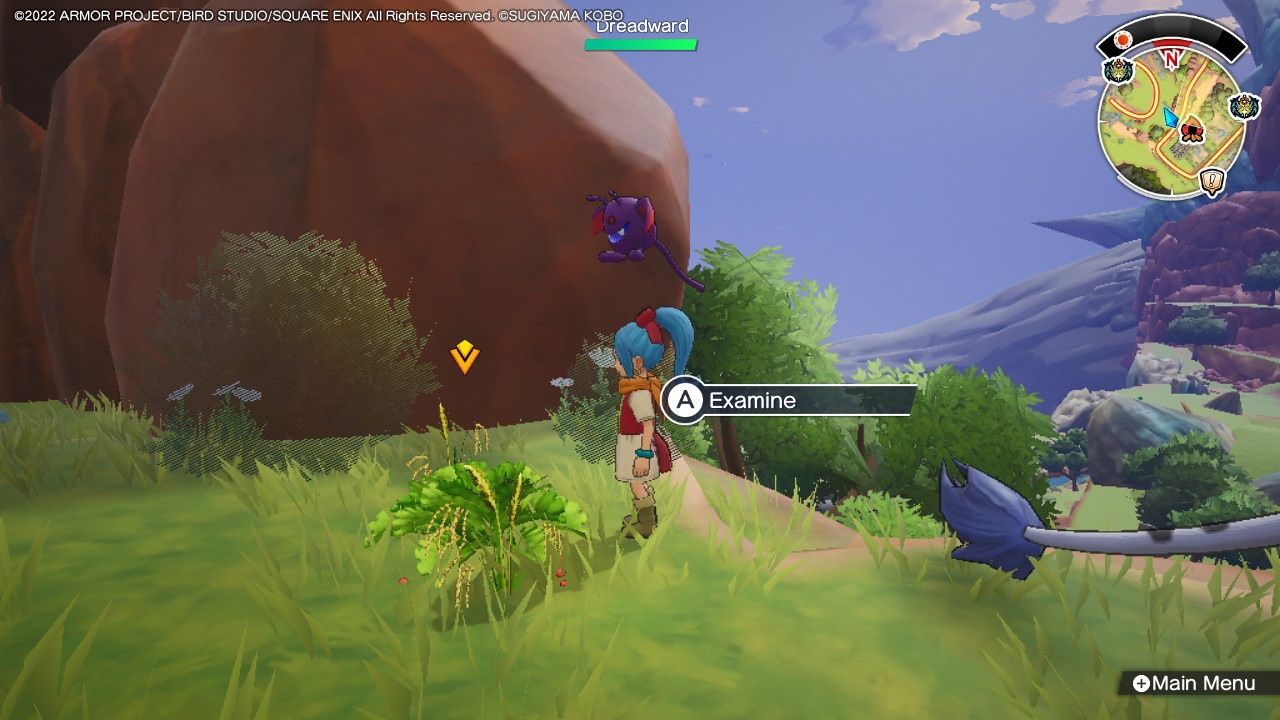 Sheaves of Wondrous Wheat and Heads of Luscious Lettuce 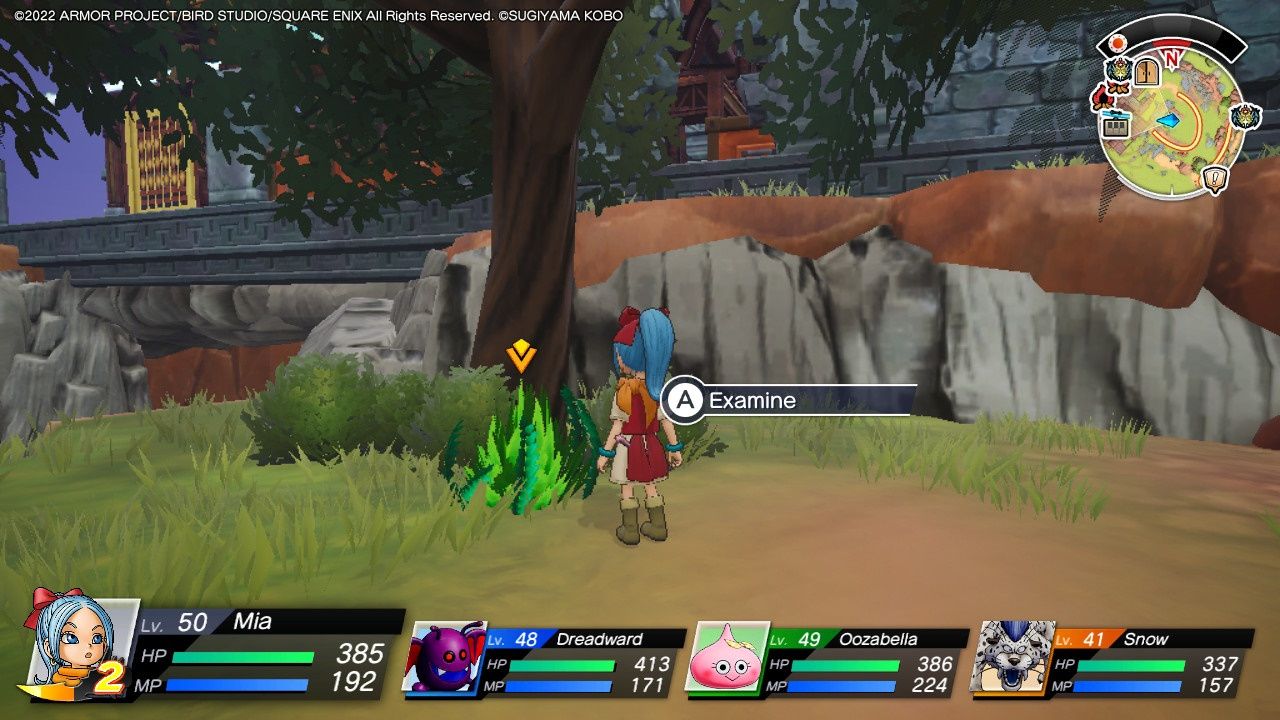 Tough Nuts are less common that either the wheat or the lettuce. They seem to be often found under trees, but they can appear anywhere.

Figs of Narspicious are the least common material you will get from the leafy green plant. You will, however, locate more of them if you travel the underside of The Paternoggin. 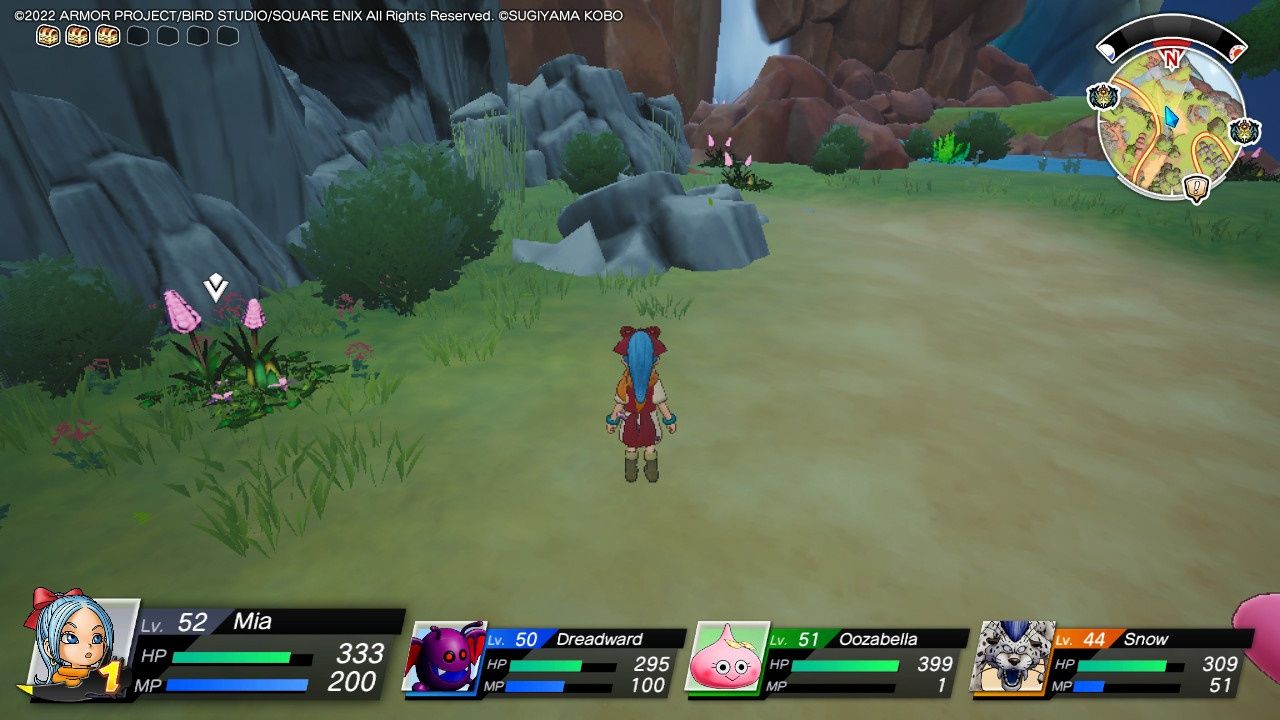 If you are looking for a number of these pointed pink flowers, head to where you can encounter the King Slime (northeast of the Palatial Ruins). There are a substantial amount of these flowers where that royal slime is hanging out.

Candle Cups and Phials of Phinessence

This is the standard resource you will encounter while plucking those angular pink flowers. Phials of Phinessence are less common than the Candle Cups, but still encountered frequently.

These are the least common of the bunch. You will probably want to head down to the lower level if you are in search of these, as they seem to be encountered a little more frequnetly down there. 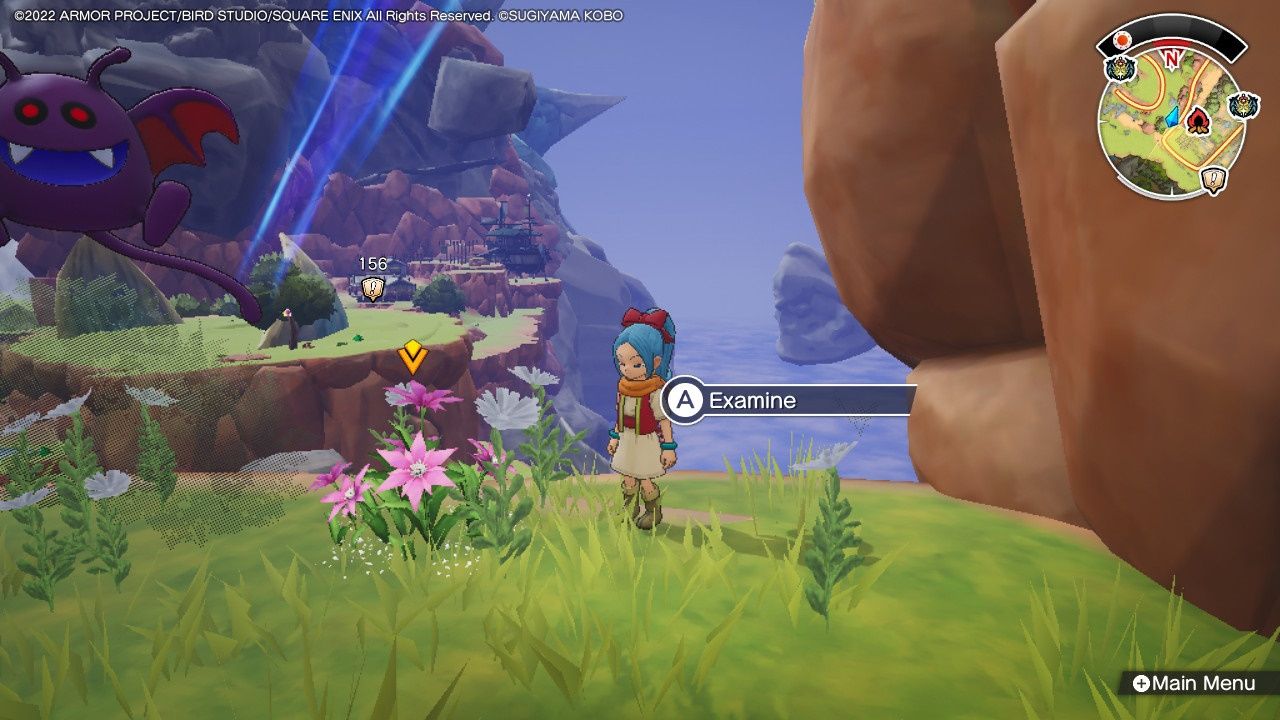 Jars of Nectar and Vials of Sparkly Sap

Jars of Nectar is the standard material you will encounter while collecting the pink flowers. These are spread out all around, but there is a bunch of them near the rivers in along the eastern side of the Palatial Plains. Vials of Sparkly Sap will be gotten from the same flowers, but they are less common. 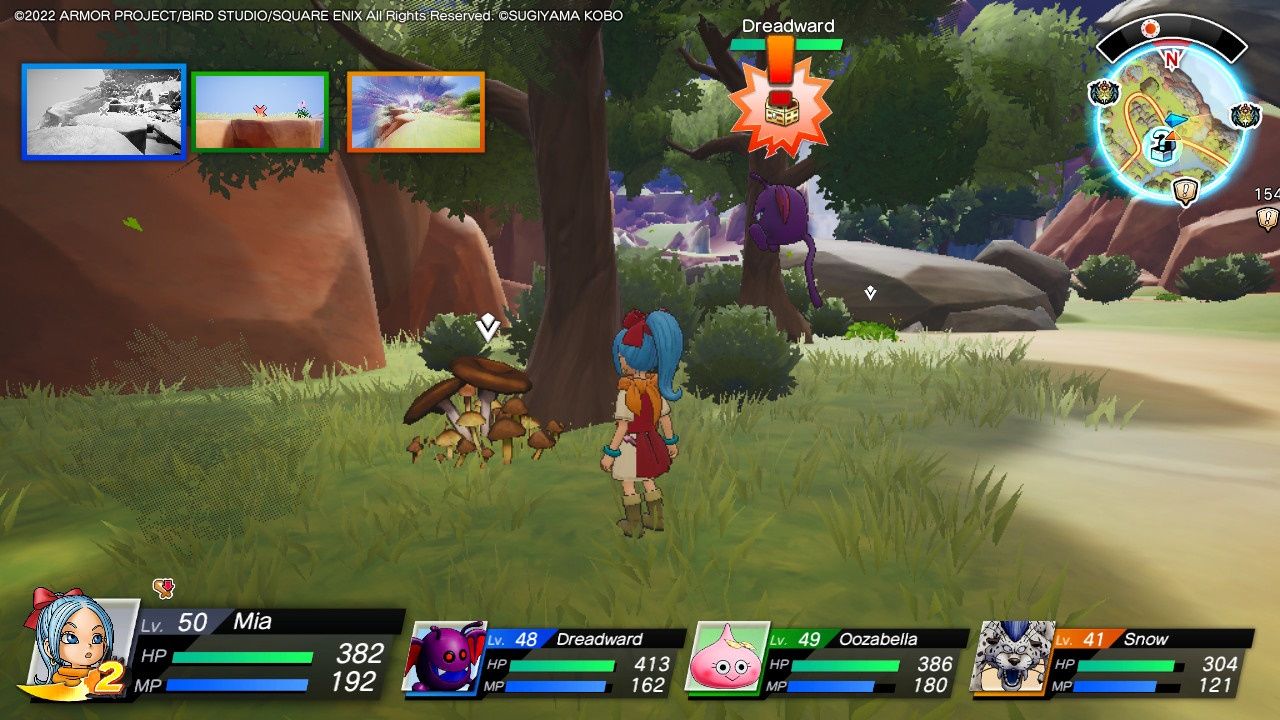 Unfungus and Balls of Emerald Moss 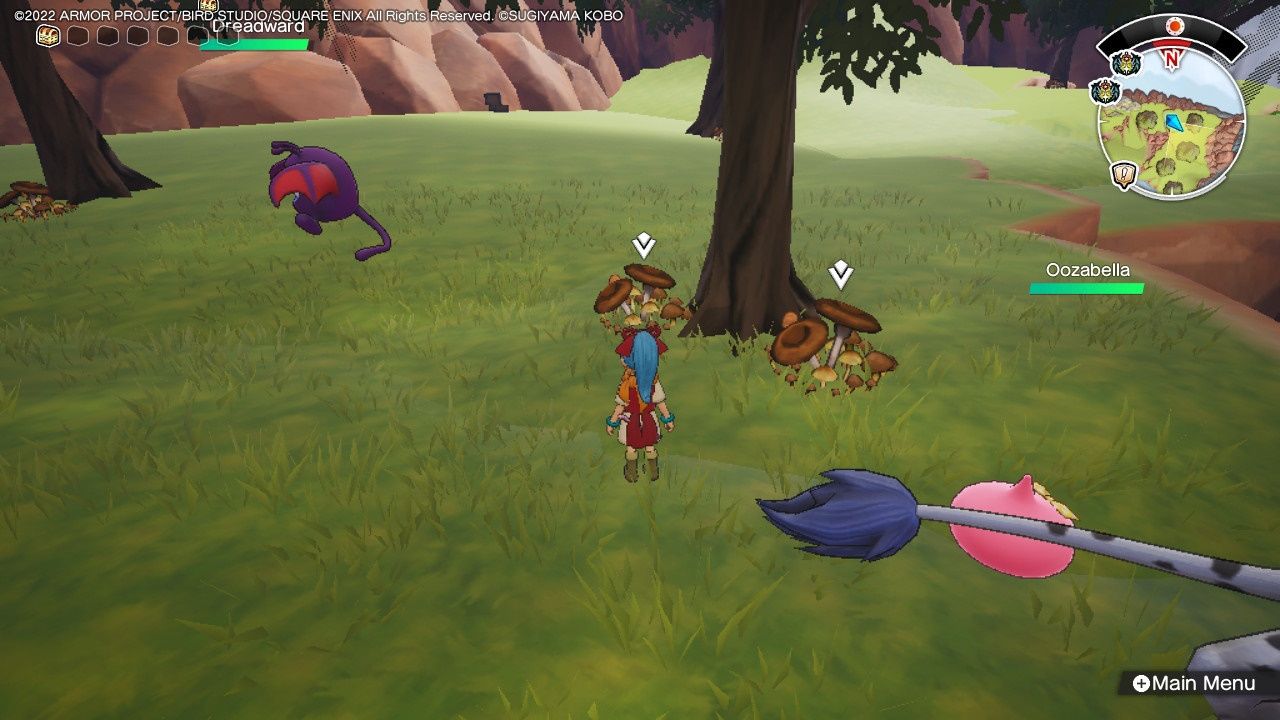 A great cache of mushrooms is located on the southern tip of the Palatial Plains. Right next to the Teardrop Falls. There are a bunch of mushrooms up here. 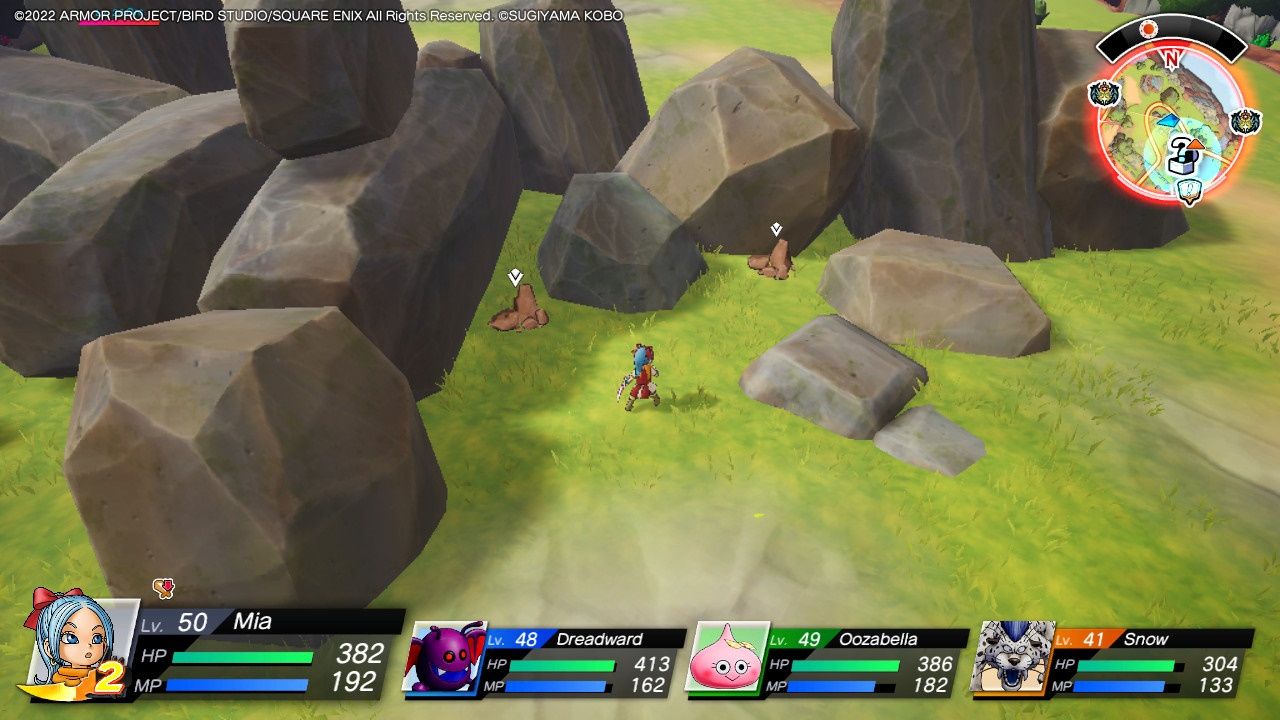 Anywhere where there are rocks, you will find Urns of Royal Soil. This is the most common of the resources you will find when you look through rocks. Brighten Rocks are less common than Royal Soil, but you will still encounter plenty of it all over.

Flintstone is pretty rare in the upper section of the Paternoggin. You will occasionally find some instead of Royal Soil, but far less frequently. However, once you get to the lower section, you will start encountering considerably more Flintstone.

You can also find some Flintstone by destroying the boxes in and around The Abandoned Factory. 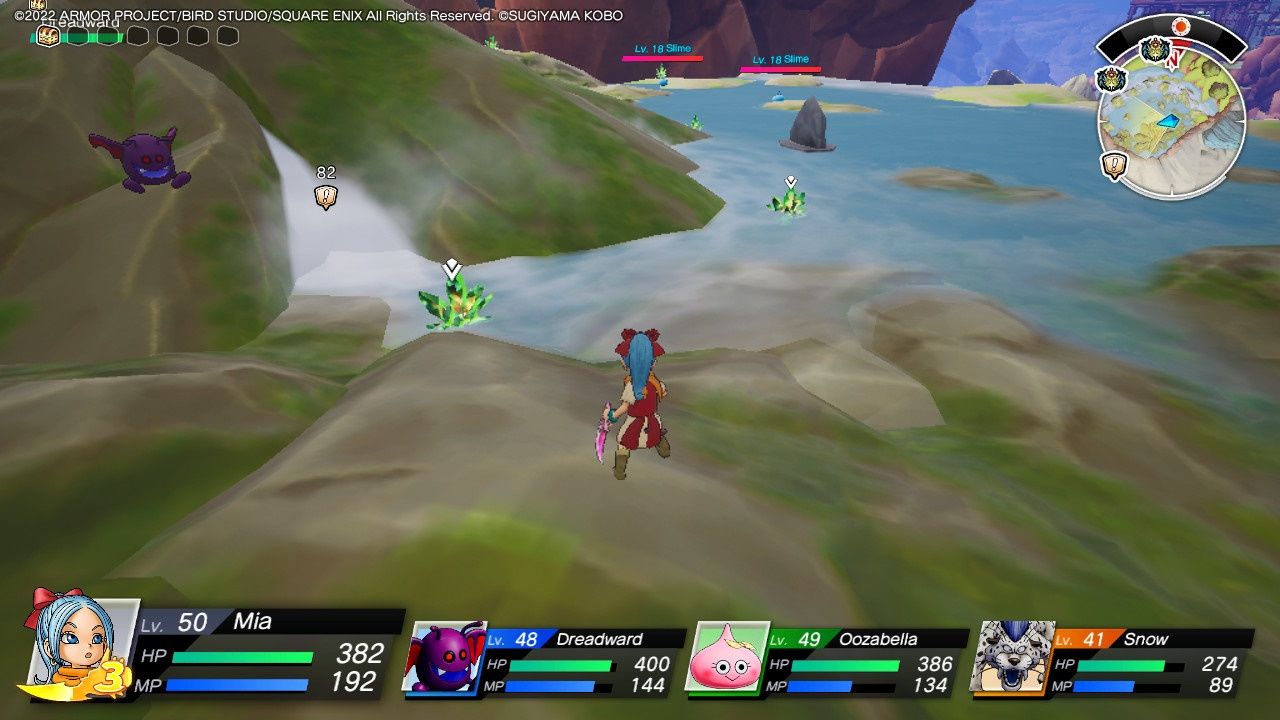 Salt Of The Earth

If you see a mineral deposit anywhere on the topside of The Paternoggin (that isn't the Teardrop Falls), then you are looking at a Salt of the Earth deposit. There are spread all around the Palatial Plains, buit you will find more of them in the southern half. Therre are a number of them hanging out near the Resless Armor. 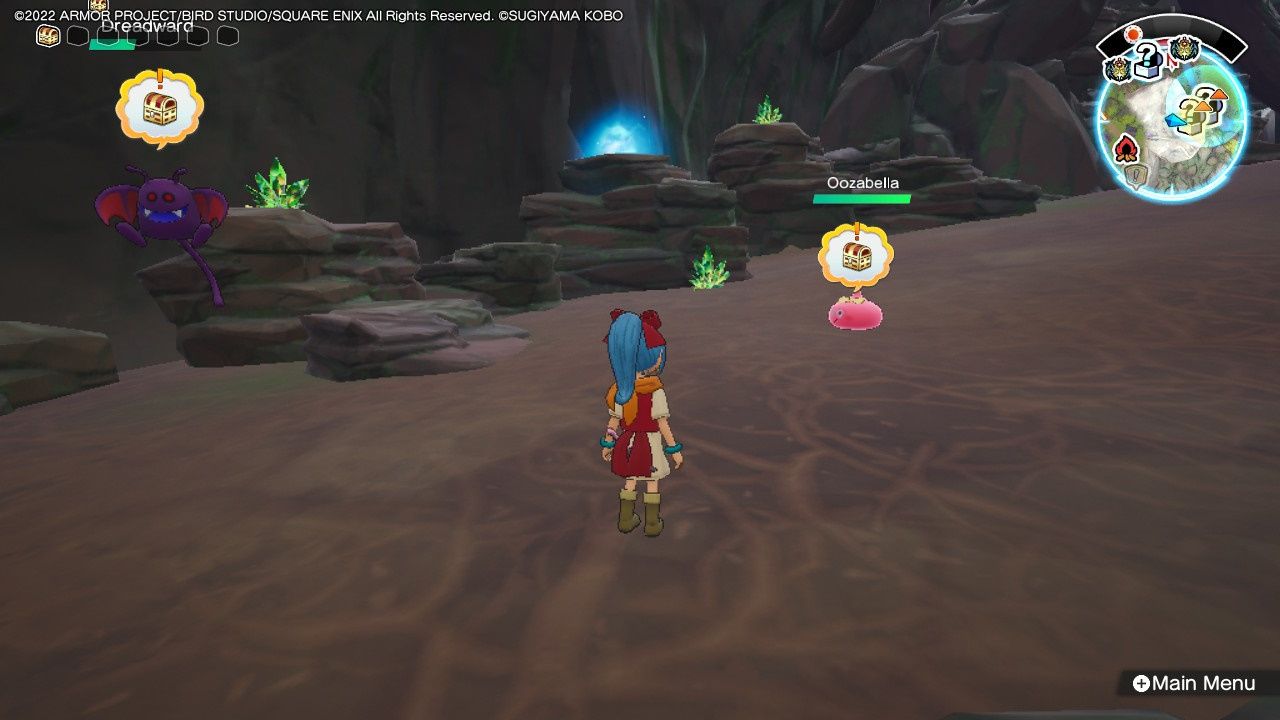 So, these are only found in the Teardrop Falls. We never saw them anywhere else on the upper-section of The Paternoggin. Just there. You will need to climb up the falls themselves, which will require taking a monster with the Leap ability.

However, venture into the lower section of the Paternoggin and things change dramatically. You can find a ton of this stuff down there. Especially if you scale the wall on your right as you leave the Pirate's Stockade. Go under the waterfall and you will find yourself in a cavern lined with thse crystals. 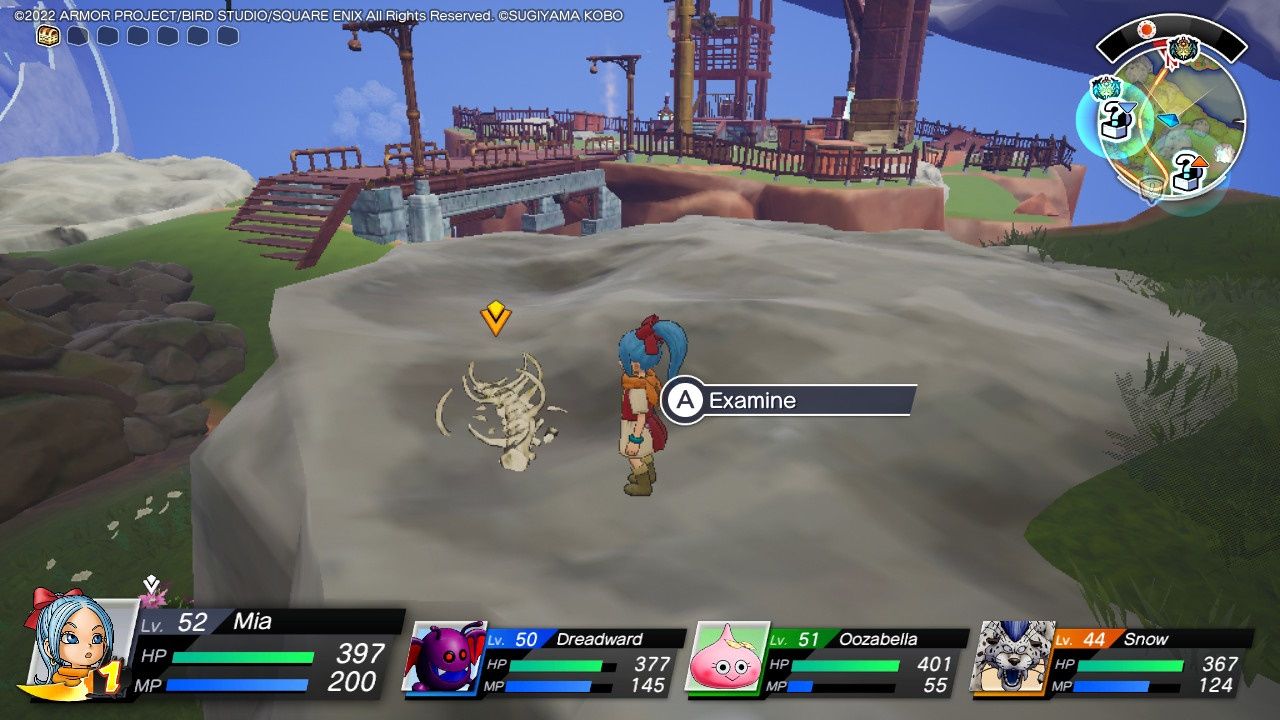 The best place to get Bleached Bones and Funny Bones is in the cave just south of The Abandoned Factory. This cave typically gives Bleached Bones, but with luck and patience you will find some Funny Bones in here as well. You can also get a bunch of bones in the underpass close to the Forgotten Factory. Just take the path on your right (with your back to the factory) and you will be led down this underpass littered with Bleached Bones. 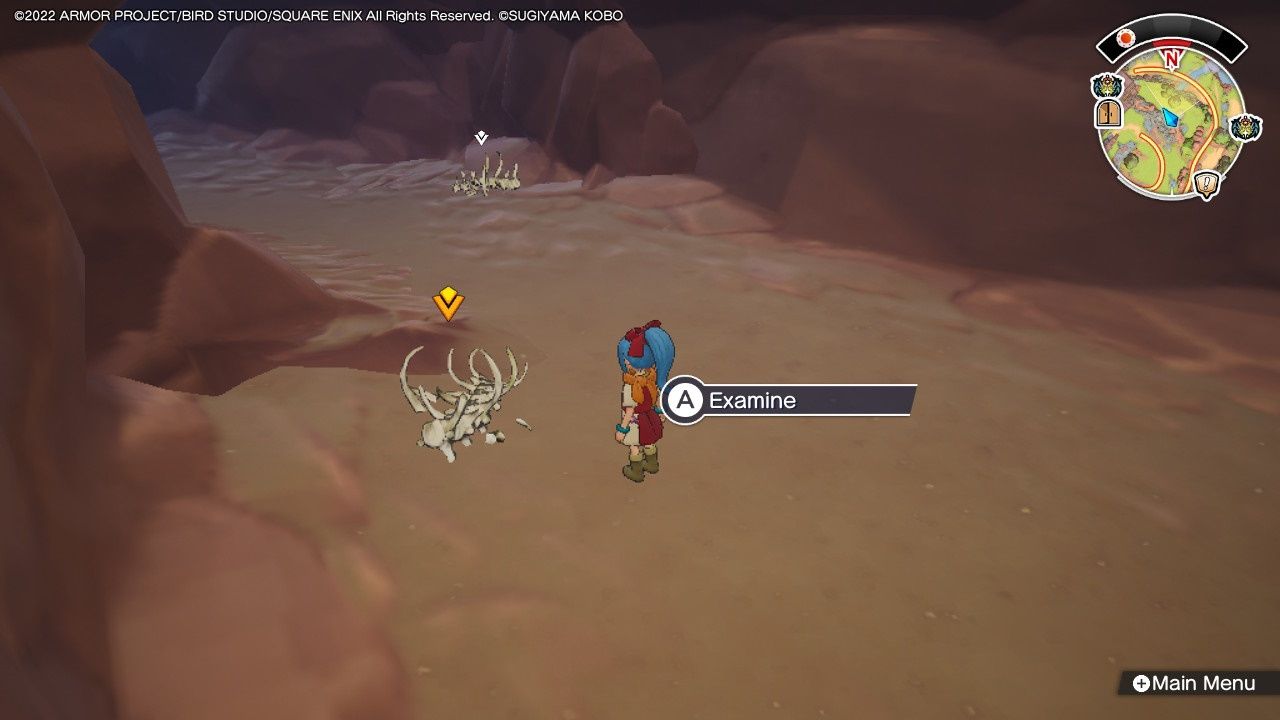 While Funny Bones do appear in all the same places as the Bleached Bones, but they are considerably rarer. Your best bet is still the cave.

While it is possible that we were just unlucky, we often found the Funny Bone to be pretty elusive. If you are specifically after this material, you may want to send monsters out on expeditions for it.