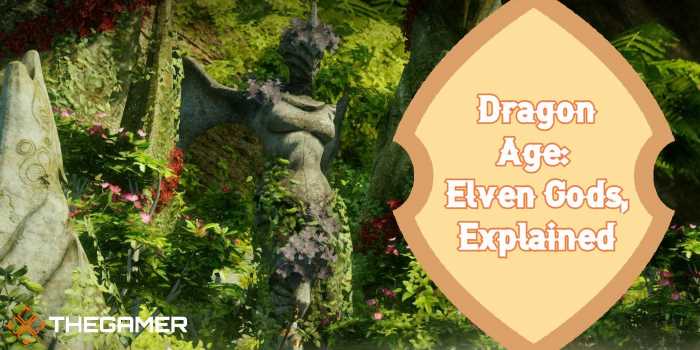 Dragon Age is a franchise with a number of unique races, each of which has a particular religion and/or spirituality. Dragon Age: Inquisition explored the elven religion deeper than ever before – previously, the Chantry (the human religion) and its Maker were at the center of most of the content.

The Dalish Stories About Elven Gods

The Evanuris: One Big Happy Family

The elven pantheon is called the Evanuris in the Dalish tongue; they may also be referred to as “the Creators.” There are four goddesses and four gods who make up the pantheon, plus Fen’Harel (a trickster god) who is sometimes considered an Evanuris and sometimes is not.

All members of the pantheon:

Most Evanuris are said to be related to one another.

Their eldest children are the twin boys Dirthamen and Falon’Din.

Andruil and Sylaise are sisters: while some Dalish tales claim they are also Mythal and Elgar’nan’s children, others attribute their parentage to the earth.

June’s creation is likewise unclear. One interpretation claims he is Andruil and Sylaise’s brother (a child of Elgar’nan and Mythal). Another says he is Sylaise’s husband. A final story even claims he created himself (being the master of crafts).

One of the only Evanuris to not be related to the others, Ghilan’nain supposedly began life as one of “the People” (an elf) and Andruil’s chosen. She was turned into the first halla (a large, white, deer-like creature beloved by the Dalish) by Andruil, subsequently being raised to the rank of a goddess.

Fen’Harel’s origins are never specified but he is never noted to be related to the rest of the gods.

To learn more about each individual god and their stories, check out this article on the subject. 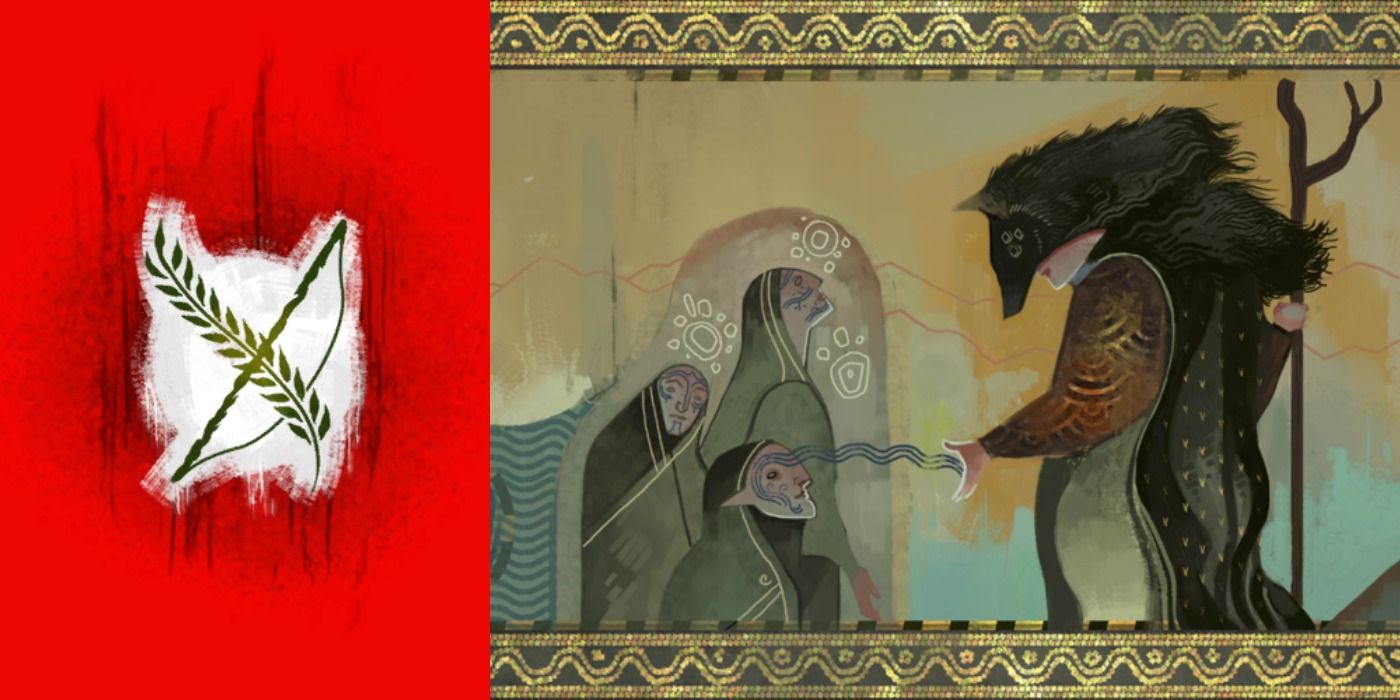 The Forgotten Ones, according to Dalish legend, were a group of beings that existed alongside the elven pantheon, kind of as the antithesis to the Evanuris. They are demonic creatures who cause problems in the world, representing the worst parts of life (whereas the Evanuris represent the best), like disease, malevolence, terror, spite, and more. 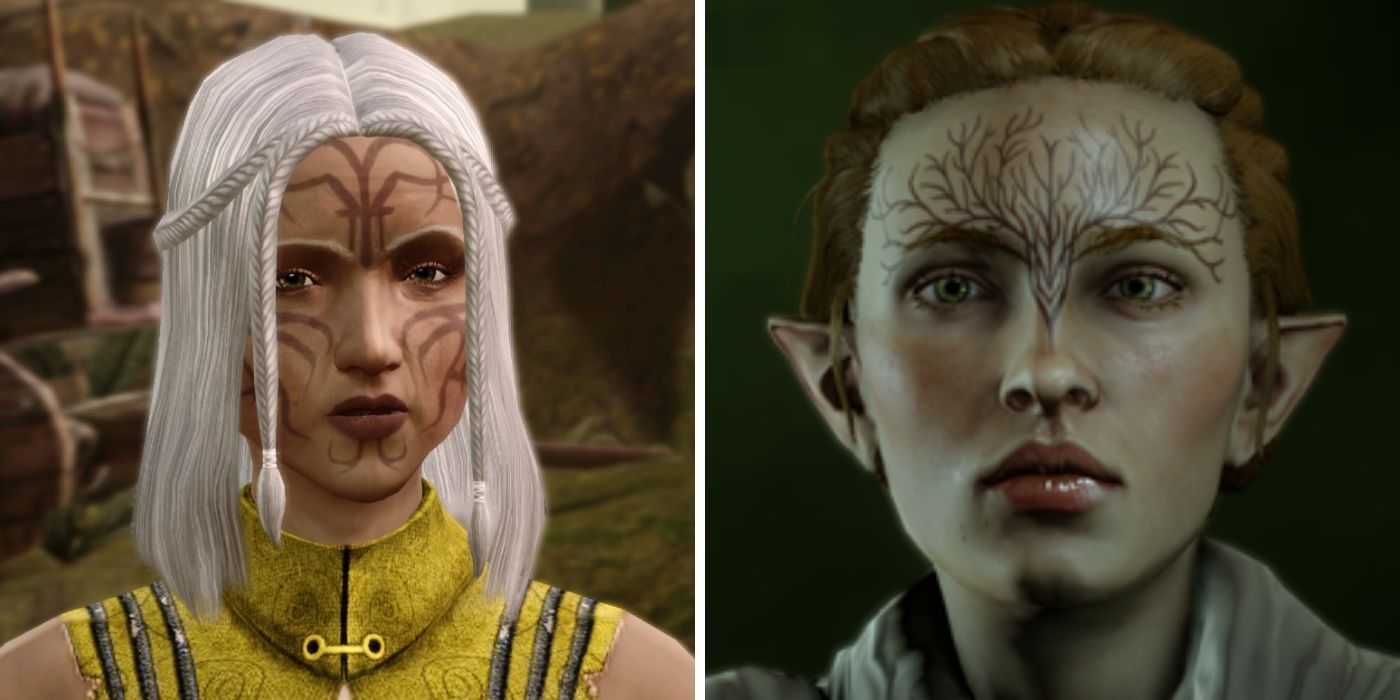 Vallaslin is a type of unique facial tattoo worn by every single adult Dalish, male or female. They are given to a Dalish elf when they come of age (there is no particular age, it is just whenever the elf shows themselves to be fully matured, often around the age of 16 to 18).

Each Vallaslin design represents a particular Evanuris that the young elf wants to guide them in their life and feels particularly close to. Those few who worship the Forgotten Ones also have Vallaslin to mark their faith but they are strikingly crimson-colored.

The Dread Wolf And The Gods’ Disappearance 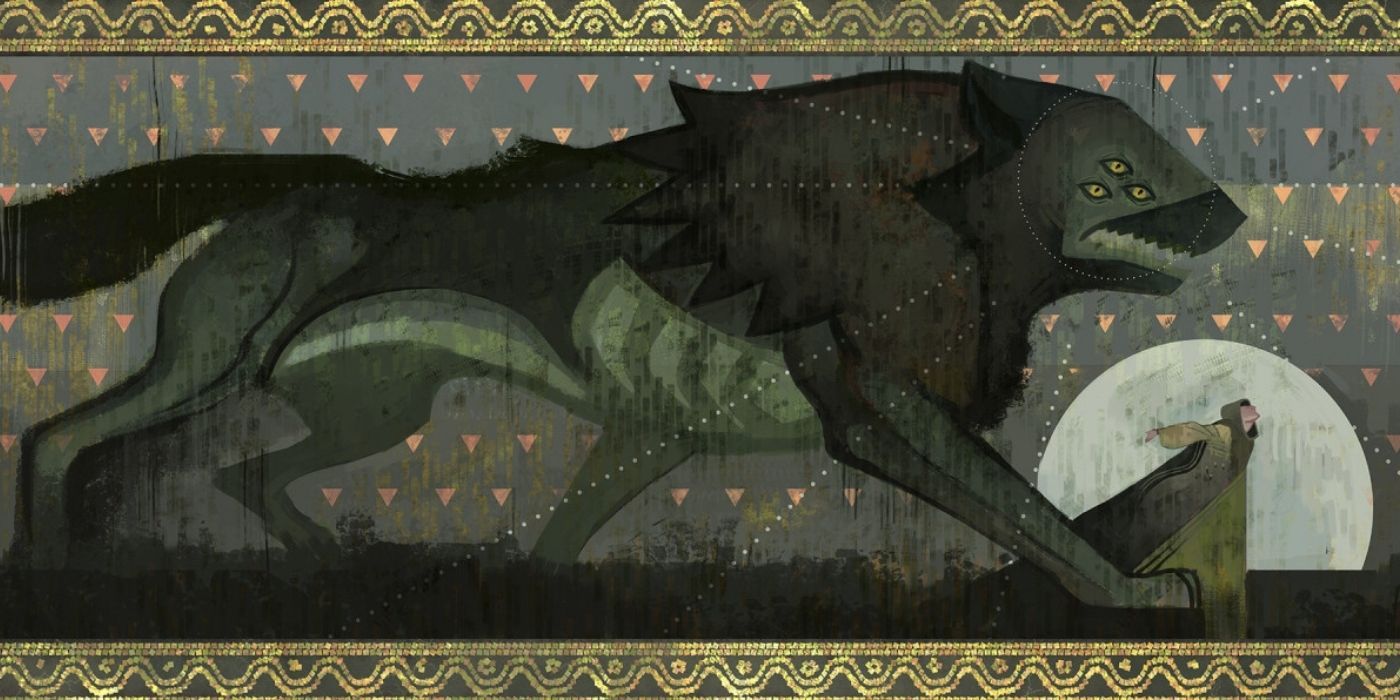 The Dalish have not heard from their gods in generations – certainly not since they were cast out of their homelands by humans. The Dalish explain this by telling a story of how the Dread Wolf (Fen’Harel) locked them away.

New (And Contradictory) Information About The Gods

They Were Mages, Not Gods 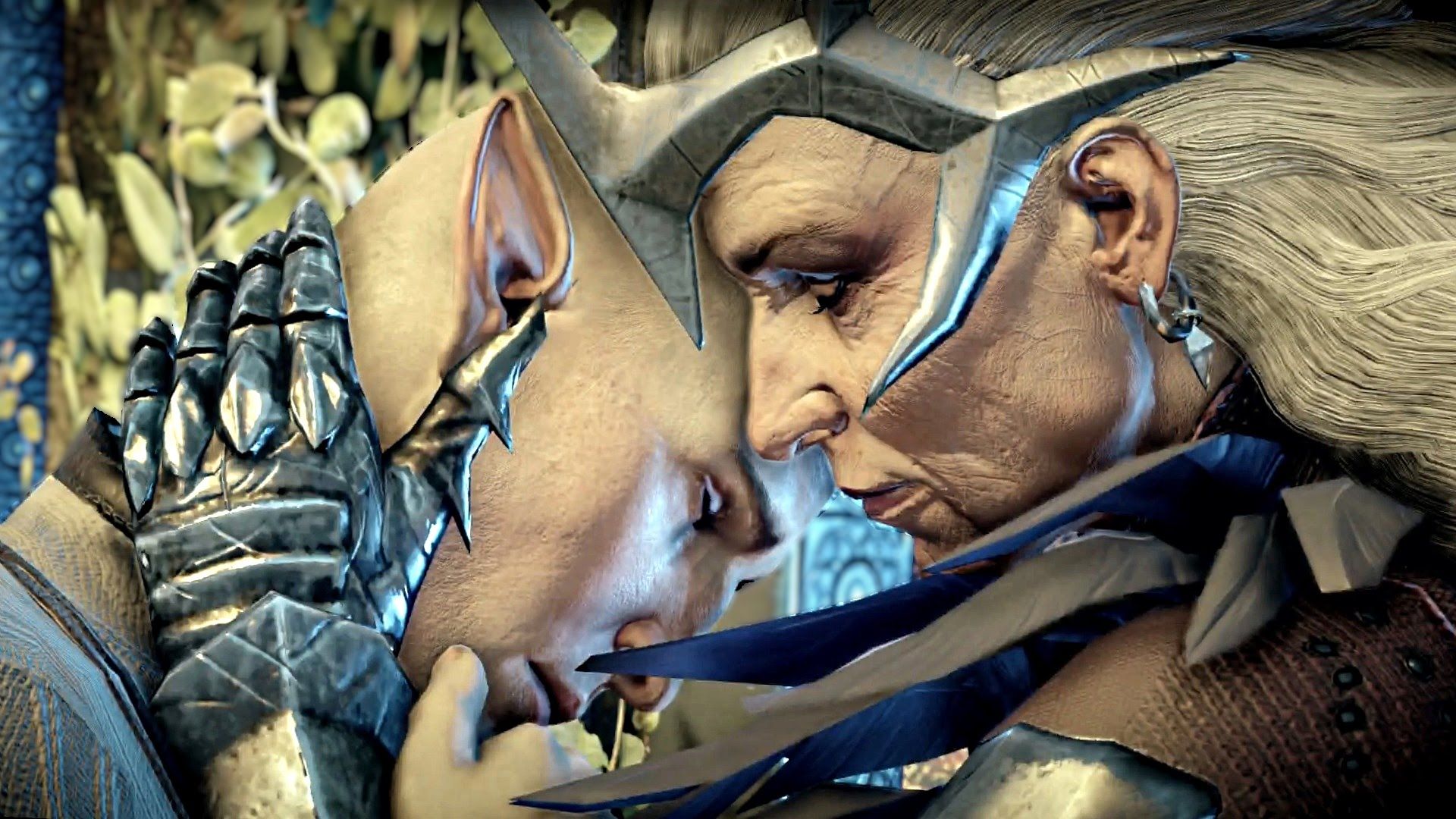 It’s revealed during the campaign of Dragon Age: Inquisition that the so-called elven gods and goddesses were not actually divine beings. They were actually just incredibly powerful Elven mages who rose to power because they were generals during a war, became famous and wealthy heroes after it was over, and then eventually were corrupted by their power and influence. Their actions and behaviors are likened to the arrogant and unrestrained Tevinter Magisters of the modern-day. 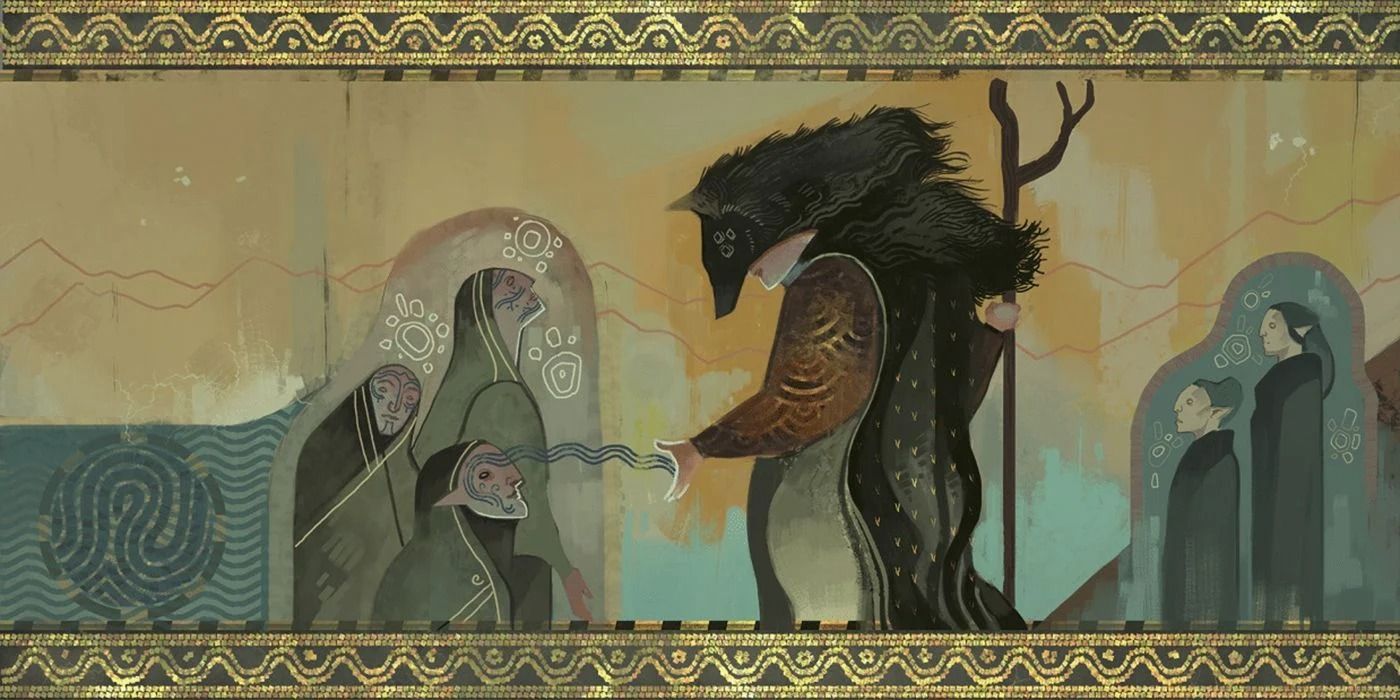 If the player romances Solas during the course of Dragon Age: Inquisition, he reveals that the Vallaslin are not meant to honor the Evanuris; they are slave markings, like a brand. Having the Vallaslin that represents a particular god indicates that you are a slave who is owned by that deity. This can be passively confirmed when visiting the Well of Sorrows: the elves there are all wearing the Mythal Vallaslin design.

The Evanuris began using Vallaslin markings during their days of corruption as a way to hold on to power – only Fen’Harel and Mythal did not do so (though Mythal seems to have done it on a small scale, given the elves at the Well of Sorrows) and challenged the others’ cruel actions.

They Were All Trapped For Their Hubris – Except Mythal 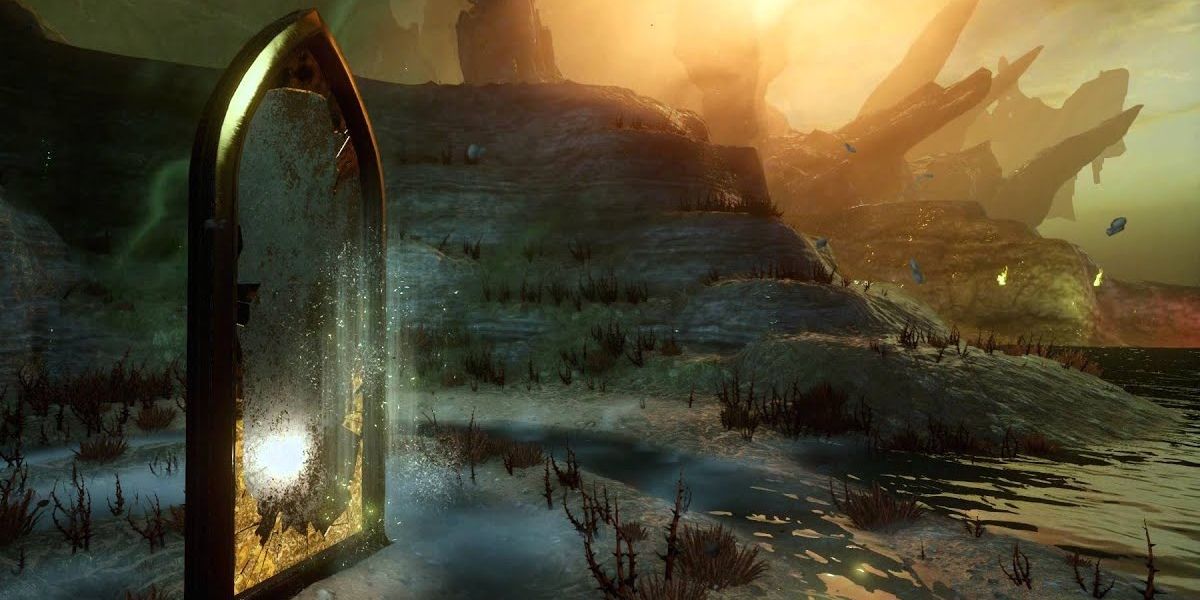 The new information provided in Dragon Age: Inquisition about how and why the Veil was created has nothing to do with a group called the Forgotten Ones (or any analogous group).

Fen’Harel and Mythal were the only ones to stand up against the other Evanuris. The Evanuris perceived Mythal as a particularly strong threat against their power and plotted to kill her. Mythal’s death is what prompted Fen’Harel to betray the so-called gods. Until this was revealed, it was thought that Mythal had been trapped along with all the others.

Seeing no other option, Fen’Harel created the Veil and banished them into the Fade (occasionally also called the Beyond). The Veil is something that players have been aware of since the very first game and is an intrinsic part of Thedas: it is a wall or barrier of sorts which separates the physical world from the spirit world (the Fade). Mages are individuals who are able to tap into the Fade, which allows them to use magic.

After he did this, Fen’Harel regretted it. The Veil caused elves to lose their magic (before the Veil, all elves were capable of magic) and for them to start aging (before the Veil, all elves were immortal – it was thought that contact with humans, who are mortals, was what caused elves to begin aging). It also meant that the Elven society was weak enough for Arlathan to fall and for humanity to conquer them. Fen’Harel justified his actions only by insisting that every other option would have been worse. He claims that, if he hadn’t done it, the Evanuris would have destroyed the world.

The average elves, who didn’t understand the situation, viewed his actions as a betrayal, thus coming over the generations to view him as an evil god. The elves at the Well of Sorrows claim he was once seen as not an evil or trickster god but as the god of rebellion.

The Events Of Dragon Age: Inquisition 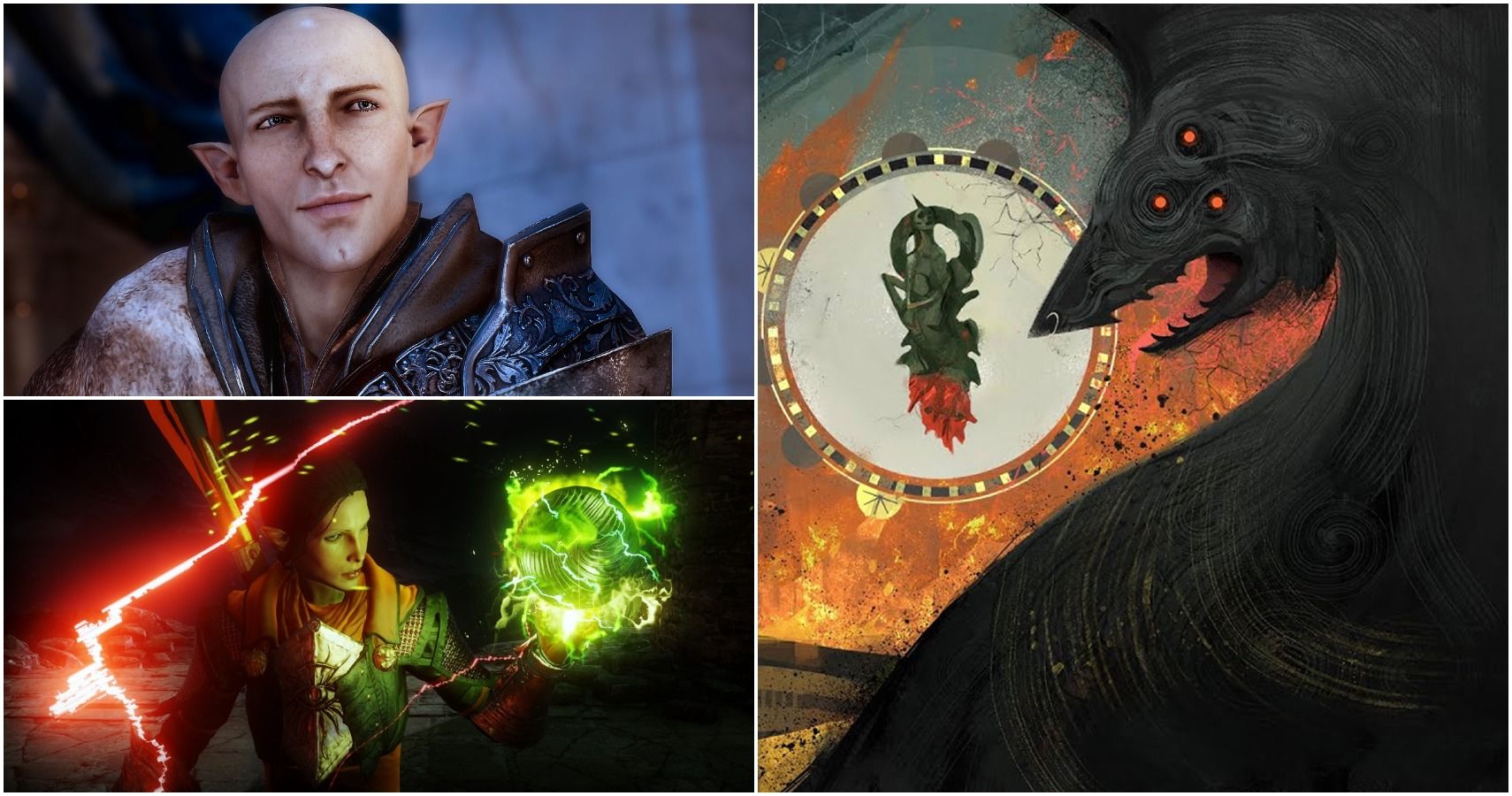 Fen’Harel went into a long slumber after the Evanuris fell. When he awoke, he began to wander the world. When he saw what had become of the elves, he decided that the Veil needed to come down. At some point, he took on the name “Solas.”

Solas came to obtain an ancient Elven artifact known as the Orb of Destruction. Unable to unlock its power on his own because he was weak from his long sleep, he gave it to Corypheus, hoping Corypheus would unlock it for him.

Of course, Corypheus went out of control, leading to the events of Dragon Age: Inquisition. In the end credits scene, Solas agrees he should be punished for his actions but asks to be spared so that he can help the People, first.

Solas’ Plans For The Veil And Its Ramifications 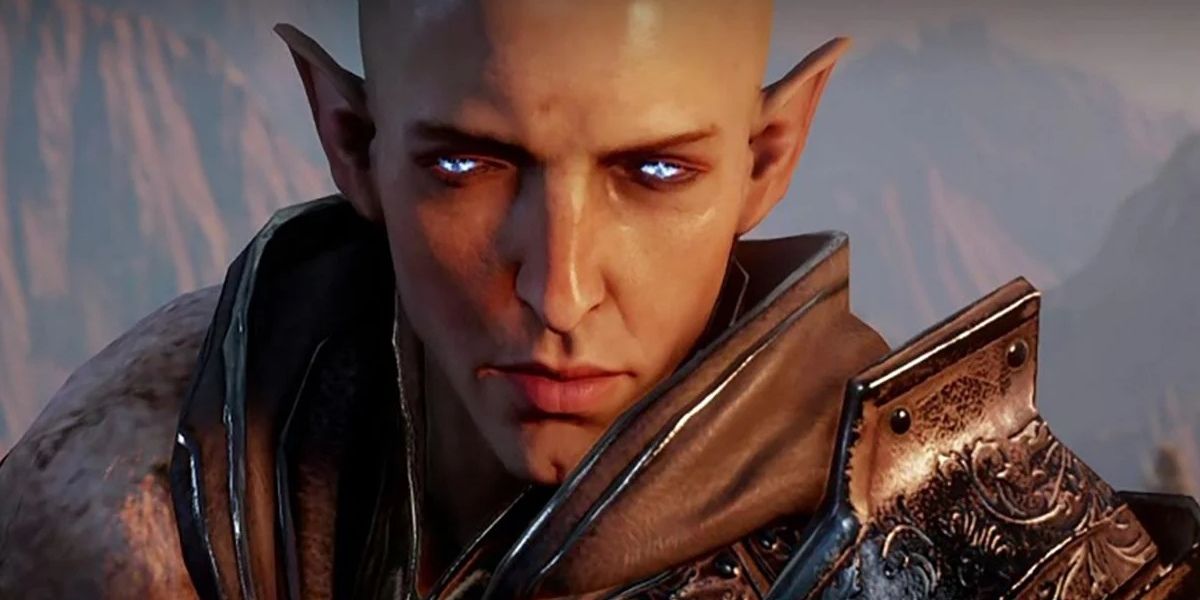 In the Dragon Age: Inquisition DLC, Trespasser, Solas reveals that he intends to tear down the Veil. It is heavily implied that, if this were to happen, the Evanuris would be set free. However, Solas feels that the People lost too much to the Veil and that it must be done. This implies, however, that tearing down the Veil would renew elves to their former state: all elves would be immortal mages.