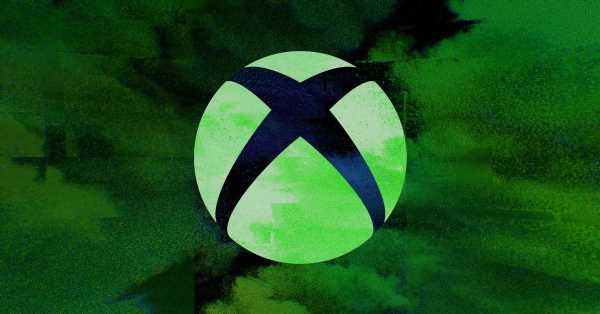 Dolby Vision support for games will be available Tuesday on the Xbox Series X and Series S, allowing owners of Microsoft’s latest consoles (and a cutting-edge television) to play dozens of compatible games with even better image quality than they already offer.

Until now, the Xbox Series X and Series S have supported Dolby Vision only in streaming entertainment apps such as Disney Plus and Netflix; HDR support in games has been limited to the HDR10 standard. (The Xbox One S, Xbox One X, and Xbox Series X can play 4K Blu-ray Discs in HDR10, but not Dolby Vision.) Dolby and Microsoft announced ahead of the Xbox Series X’s November 2020 launch that Dolby Vision support for games would arrive in 2021. Microsoft began testing the feature with Xbox Insiders this spring.

Tuesday’s update makes the Xbox Series X and Series S the first and only gaming consoles where you can play games in both Dolby Atmos spatial sound (which has been available since launch) and Dolby Vision HDR.

Dolby Vision support covers “more than 100 next-gen HDR titles optimized for Series X|S” that are “available now or coming soon,” Microsoft said Tuesday in an Xbox Wire post. A Dolby spokesperson was unable to provide a full list to Polygon, but said that the library includes “nearly all of the native HDR titles available today that have been optimized for Xbox Series X|S such as Psychonauts 2, Gears 5, and Ori and the Will of the Wisps.”

You can find a collection of nine Xbox Series X games on the Microsoft Store that, as of Dolby Vision’s launch on Tuesday, support Dolby Vision as well as Dolby Atmos. Here’s the list:

There’s also one game in the group that isn’t out yet: Marvel’s Guardians of the Galaxy, which is scheduled to launch Oct. 26.

The Dolby spokesperson declined to name any other upcoming games being made with native Dolby Vision support, but said, “We can confirm that games are in development and that we are accelerating our engagements with these studios to build out a strong library of future games that will release in Dolby Vision.”

The feature extends to a much larger segment of the Xbox library, too. In addition to Xbox Series X games that have been optimized for Dolby Vision, there are “thousands” of titles — whether they natively offer HDR10 color or do so through Microsoft’s Auto HDR technology — that will “benefit from improved picture quality through new Dolby Vision enhancement,” according to Microsoft. This process will take place automatically as long as your Xbox Series X or Series S is connected to a Dolby Vision-capable TV.

Buying a new TV for PS5 or Xbox Series X? Here’s what it should have

Microsoft also said that future games, such as December’s Halo Infinite, will “[take] full advantage of Dolby Vision.” Asked to explain what that means, the Dolby representative told Polygon that the company is “not sharing further information at this time about Halo,” but spoke generally about developing games with Dolby Vision support.

“Developers can implement Dolby Vision directly into the game engine which provides the greatest creative flexibility and control over their game, or they can take advantage of the built-in Dolby Vision technologies within the Xbox developer platform to create their game in Dolby Vision,” the rep said. “Ultimately it is up to the developer to choose the creative workflow that best suits their game.”

It’s worth noting that Microsoft and Dolby recommend that users enable auto low-latency mode (ALLM) on their television when gaming in Dolby Vision. Some TVs may not support this, and Microsoft warned in its Xbox Wire post that “players with TV models that have not been optimized to unlock Dolby Vision with next-gen gaming settings may experience latency issues during gameplay.”

For the uninitiated, Dolby Vision is a proprietary format for HDR color that improves upon the more common (and open) HDR10 standard in a number of ways. Most notably, it supports dynamic metadata, allowing for a display to adjust the image as needed on a scene-by-scene basis. Dolby Vision can also deliver brighter highlights and a wider color gamut than HDR10. However, in practice, it can be tough to discern a meaningful difference between a game played in Dolby Vision versus HDR10, as TV technology expert Vincent Teoh, aka HDTVTest, demonstrates in this video:

There’s also the issue of playing games in Dolby Vision at the highest possible fidelity: 4K resolution at a frame rate of 120 frames per second. No TVs supported this until LG enabled it on two of its 2021 OLED TVs, the C1 and G1, with a firmware update over the summer. The Dolby spokesperson told Polygon that the company has no information about other compatible TVs, but Microsoft said in its Xbox Wire post that it and Dolby “are working closely with TV manufacturers to update firmware support for Dolby Vision capabilities at 120 Hz where possible.”

Teoh found that games usually looked slightly better in Dolby Vision than HDR10. But he also noticed that playing games like Outriders at 4K/120 fps in Dolby Vision sometimes caused minor display issues, such as posterization (aka banding), that did not exist when playing in HDR10. He was unable to tell if this problem was caused by the Xbox Series X consoles themselves, or the LG C1 televisions that he had them hooked up to.

“Overall, playing games in Dolby Vision allowed for better retention of bright highlight detail, most noticeably in games whose HDR brightness output couldn’t be properly adjusted, either through HGIG or via in-game video settings,” said Teoh. “However, when played at 4K/120 Hz, Dolby Vision games manifested more posterization than playing in HDR10. So for games that are HGIG compliant or offer in-game brightness adjustments, we generally prefer to stick with HDR10 if playing at 4K/120 Hz.”

Having said all that, Teoh noted that games developed with native Dolby Vision support may change this calculus. We’ll have to see how the situation develops in the future.