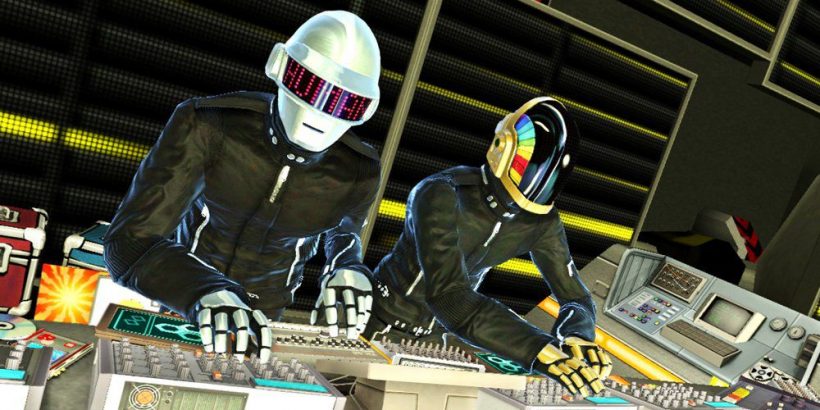 Legendary French dance music duo Daft Punk is no more. After three decades, Thomas Bangalter and Guy-Manuel de Homem-Christo announced their breakup in the form of an eight-minute video, “Epilogue,” in which Bangalter explodes (he’s probably fine). While the end of their music project is a sad reminder that we will likely never see Daft Punk perform live again, one game offers the closest possible experience: the original DJ Hero.

DJ Hero, released in 2009 by Activision and developed by FreeStyleGames, was pitched as Daft Punk’s video game debut. (One of the group’s earliest tracks appeared on the CD soundtrack to Wipeout 2097, but not in the game itself.) Daft Punk went all in for DJ Hero, appearing in the game as digital avatars, and providing an octet of eight multi-artist mashups and two Daft Punk “mega mixes.”

Daft Punk was not the most prolific musical act — the duo churned out just four studio albums, a couple live albums, and the full soundtrack for the movie Tron Legacy — so their musical mash-up contribution to DJ Hero is something of a treasure. The DJ Hero selections lean heavily on Daft Punk’s least enjoyable album, Human After All, but early bangers “Da Funk” and “Around the World” make appearances.

FreeStyleGames made just one more game in the fantasy DJ series, 2010’s DJ Hero 2. A remix of Daft Punk’s “Human After All” appeared on the sequel’s soundtrack.

It seems highly unlikely that we’ll get a new game in the franchise, after the cancellation of the planned DJ Hero 3D for Nintendo 3DS, and FreeStyleGames’ transition from Activision-owned studio to Ubisoft support studio, Ubisoft Leamington.

The good news for Daft Punk fans and rhythm game nostalgists is that DJ Hero controllers are dirt cheap on eBay. It’s the perfect time to dust off the old PlayStation 3, Wii, or Xbox 360 and give it a spin.