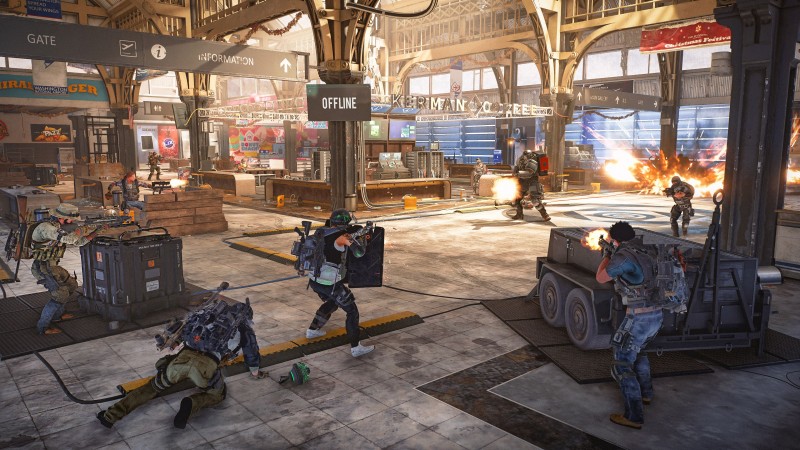 Division 2’s fifth update patch notes were unveiled yesterday, bringing a few changes to the game’s on-going structure. Kicking off the update come two new main missions, Manning National Zoo and Camp White Oak, pitting agents against two enemy groups. The missions task you with eliminating Emeline Shaw and the Outcast who have holed up in Manning National Zoo,  and the Black Tusks and their leader in the woodland outskirts of D.C.

Two new exotics have been added, the Diamondback Exotic Rifle and the BTSU Exotic Gloves. Exotics can now be dropped by Heroic Bosses as well. Two other weapons were added, the assault rifle Carbine 7 and a light machine gun, the Stoner LMG.

The Washington National Airport raid received the Story difficulty, which is the easiest difficulty the game has to offer. Expeditions have been implemented as well; according to the patch notes, expeditions are “Expeditions are free events that bring players to unexplored locations around D.C. to discover new narrative and gameplay opportunities.” They offer new collectables, boss mechanics, and more.

The oft-requested flashlight attachment has finally been added to the game, and it will give you a reason to use your pistol. Currently, the flashlight can only be equipped to pistols, but this is better than no flashlight at all.

There were many more updates to gameplay, visuals, and mechanics coming to the game as well. While all of these updates are first coming to a Play Test Server, players likely won’t have to wait much longer for the update.

For more on The Division 2, check out our breakdown of the gunner update.