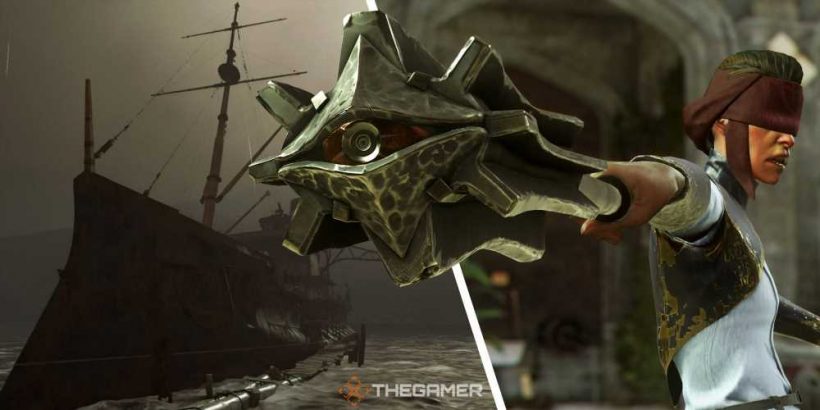 Dishonored: Death of the Outsider has plenty of bloody work for you to do. As expert assassin Billie Lurk, one of these avenues for criminal wealth are contracts: side quests obtained through the black market. You might find yourself stealing art, kidnapping civilians, or just trying not to die as you retrieve an item, all in exchange for precious coin. Some contract missions are worth the price of admission, whilst others are more of a fantasy adventure in busywork.

RELATED: Dishonored Is Returning As A Tabletop RPG

They range from buzzkills to big challenges, but there can only be one winner in the contract battle royale. And whilst some are clear winners, there are also some pretty clear losers as well. 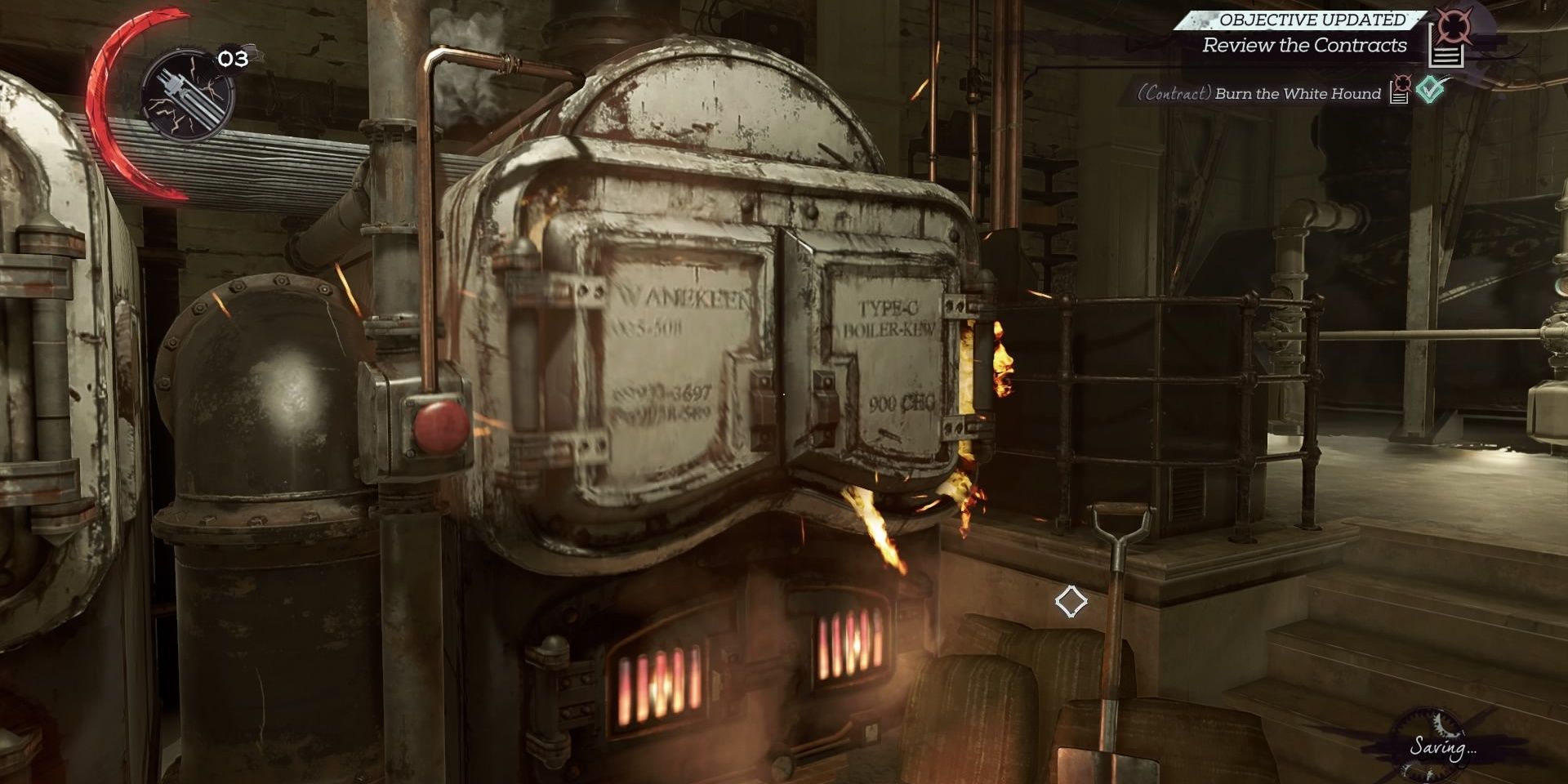 Rounding off the bottom of the list is "the contract where you eliminate and burn a dog". Yes, the dog is apparently terribly ill and yes it's to help an old woman, but at the end of the day? It's still a contract quest where you have to assassinate a dog in a cage, and that's a huge bummer.

Maybe it'd be higher if it was unique or had an interesting story, but no. It's just a straightforward quest where Billie Lurk re-enacts everyone's least-favorite scene from Old Yeller. At least throwing flammable bottles is pretty fun, if you can aim through the tears. 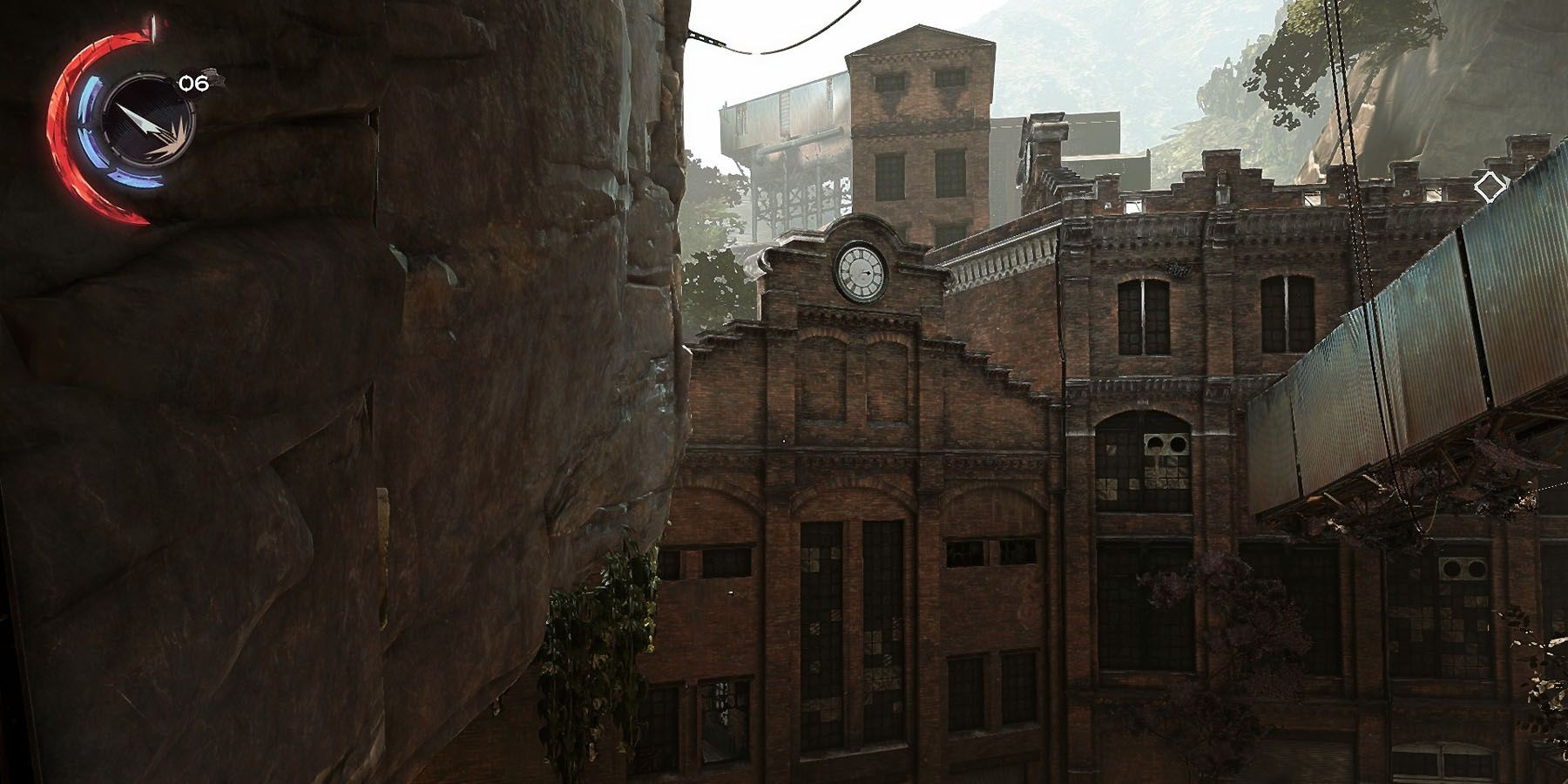 The first of many "go get this thing" contracts on the list, Pilfer the Prophecies is the most straightforward and, ultimately, the blandest. You'd think going to find a book that is chock full of slayings, treason, and love affairs would be a difficult or exciting venture, but you'd also be wrong.

The book is in a broken elevator. It's just there. Sometimes there's a person inside, but wait long enough and they'll lose interest and leave. In a game that has you sword-fighting, teleporting, and parkouring about, it's surprisingly dull. Despite its description, Pilfer the Prophecies is less Machiavelli and more disgruntled lift repairman. 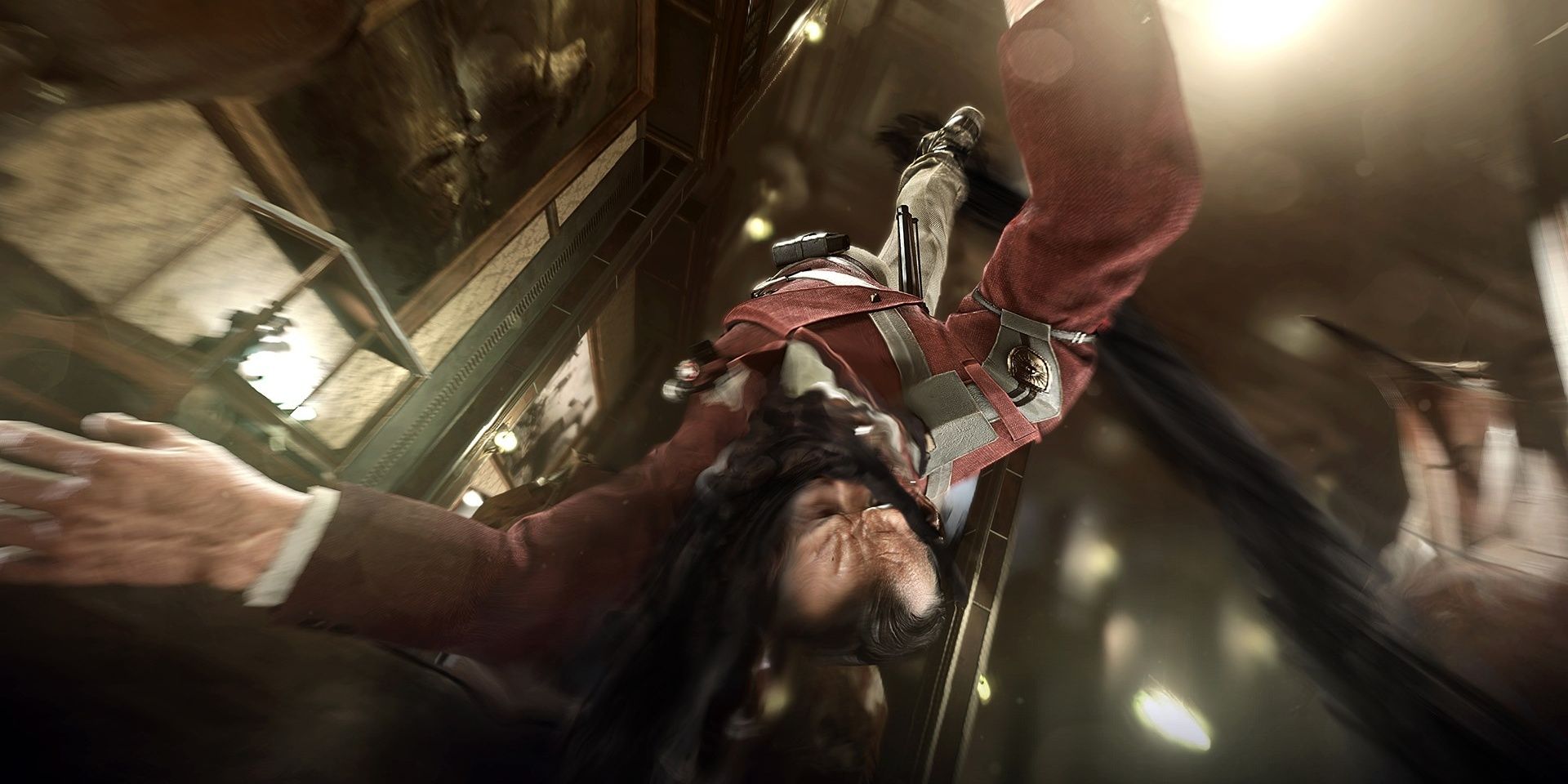 The first of the bland-but-not-awful contracts, The Missing Brother has you searching the streets for a missing man named Alberto. When you find him, he'll be hooked up to a blood stealing machine and all the worse for it, and it's up to you to deliver him to safety.

There's nothing too wrong with this contract, but there's nothing much to talk about either. The Spector Lounge's draining room offers some small environmental interaction to get to the contract's end, but The Missing Brother is ultimately one that players are unlikely to remember. That is, unless you accidentally put Alberto down on the flammable bottle next to his bed and fail the mission. 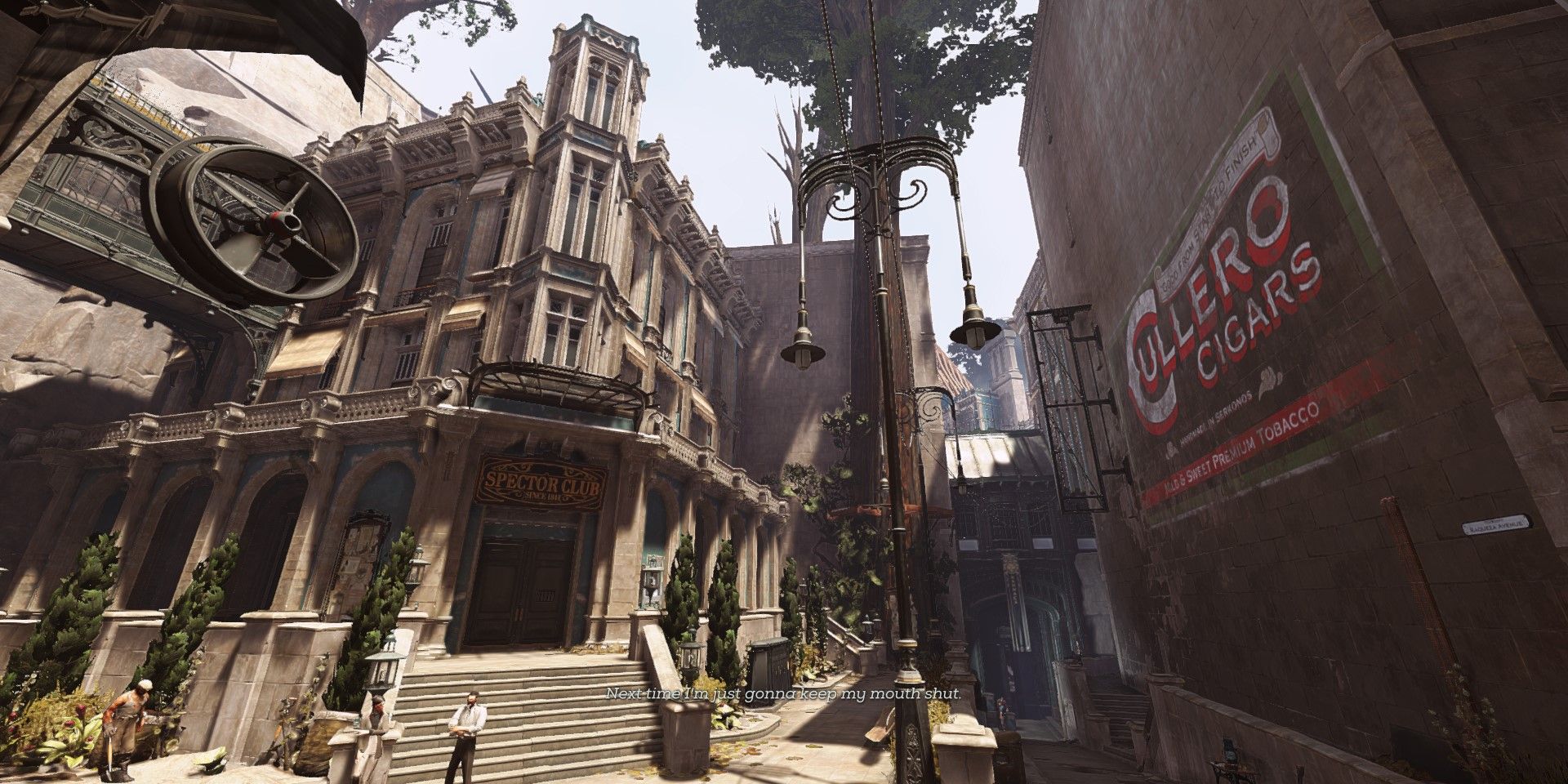 This contract is in the same vein as The Missing Brother and, ironically, in the same location. The Spector Lounge's barkeep has made some enemies who want him alive, and it's up to you to deliver. Much like Alberto, the barkeep is easy to find, and there's not a lot of story to it apart from that.

RELATED: Everything You Need To Know About The Crack In The Slab Mission in Dishonored 2However, this contract gets a leg up from its neighbor due to the sheer amount of skill it takes to do it well. Getting the Bartender up to his box without alerting anyone, whilst not mandatory, is a job and a half. And even if you do go for the less stealthy option, you have to make sure not to accidentally kill him in the melee. Not the best by a long shot, but a perfectly serviceable side quest.

9
Alvaro And The Abbey 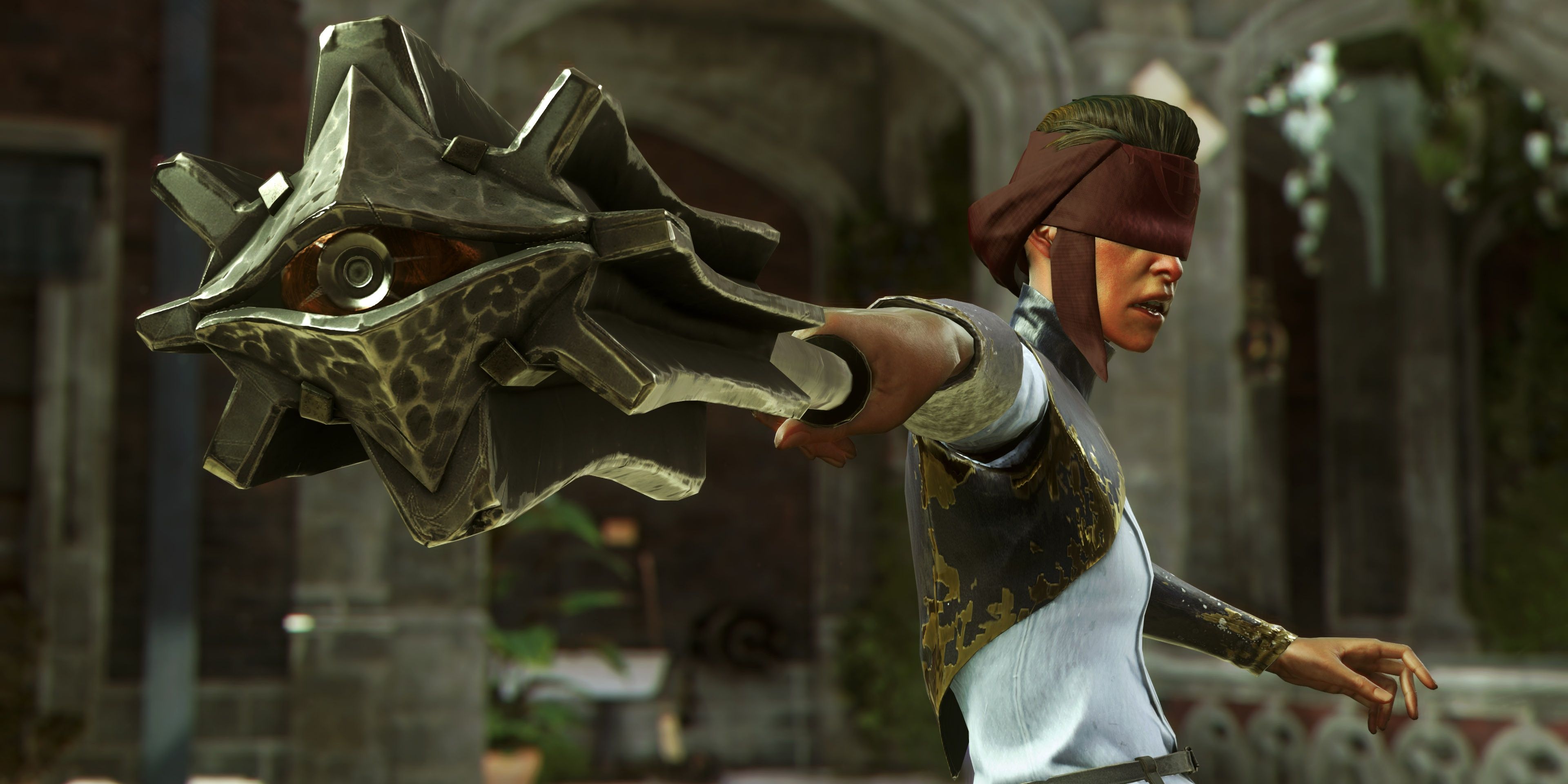 A straightforward contract involving mass slayings and musical chairs, Alvaro and the Abbey might sound pretty good from the outside. It not only gives you free reign in terms of lethality, it's mandatory to go full maniac on almost everyone inside the Abbey. If you're someone who prefers high chaos runs, it sounds like a match made in heaven.

But the contract is held back by a fairly common, glaring complaint: it's very, very hard to actually kill everyone. Sometimes an Overseer is in a secret room, or unconscious rather than dead. And if that happens, you'll need to comb through every inch of the Abbey to find them or risk failing the mission. It's a diamond in the rough, but one that's in serious need of polish. 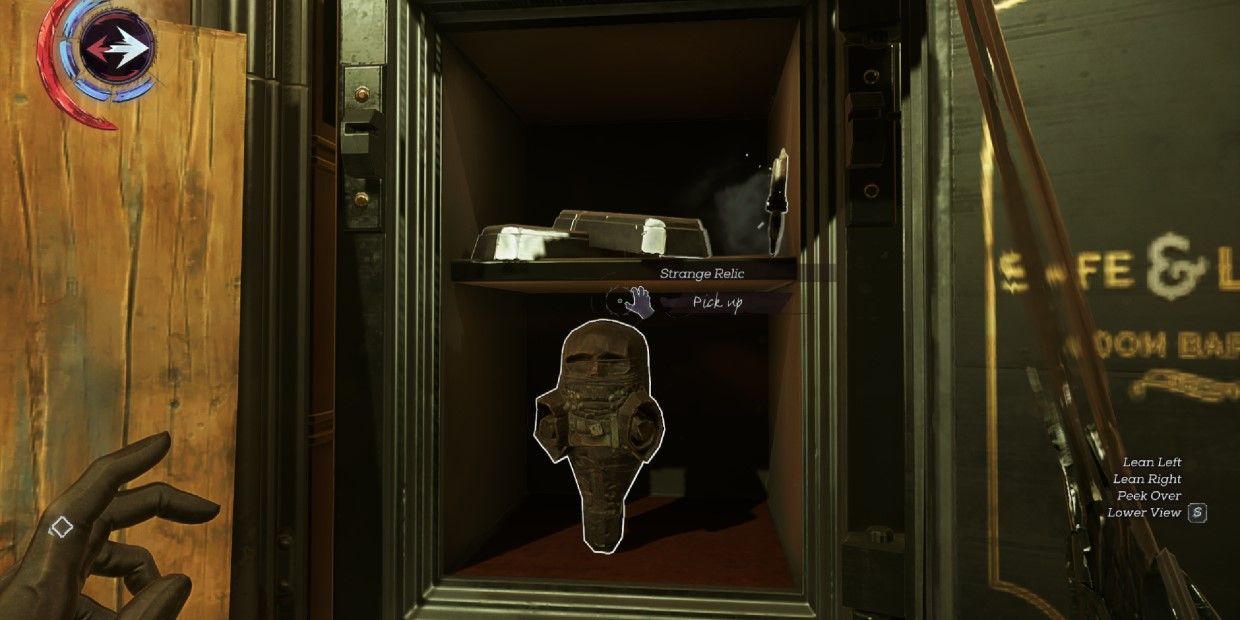 Dishonored's answer to Home Alone, A Risky Wager has you looking for an ancient idol in someone's apartment. A straightforward proposal, except the apartment's owner has some less-than-legal home security. Cue grenade traps, tripwires, and the remains of less agile thieves.

As far as quality goes, A Risky Wager is middle of the road. There's nothing particularly special about it, but it's a fun little diversion from the main game which rewards skillful play. This one's a safe bet. 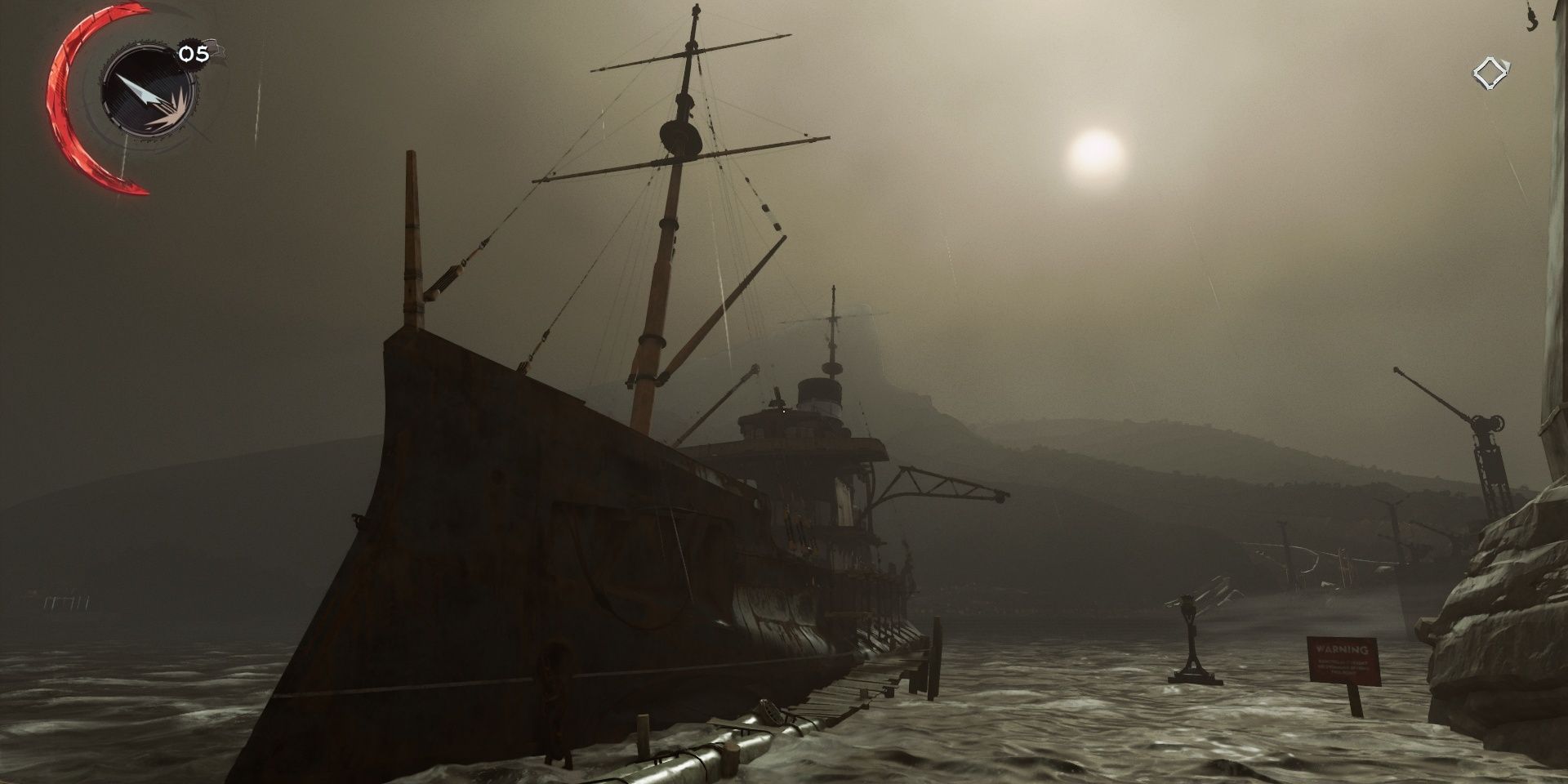 A fetch quest for the discerning, Art Connoisseur has you breaking into a boat to recover a 'masterpiece' painted by the Duke himself. It falls into the common Dishonored category of miscellaneous item retrieval, but at least has the grace to offer a little variety on the way.

Although there are ways to cheese into the secure room, entering as Arkane intended involves a delightful swim and some corpse robbing. In the Dishonored universe, that's essentially a day at Disneyland. Couple that with the appearance of the portrait itself, and you've got a winner. It's short and by-the-numbers, but undeniably refined. 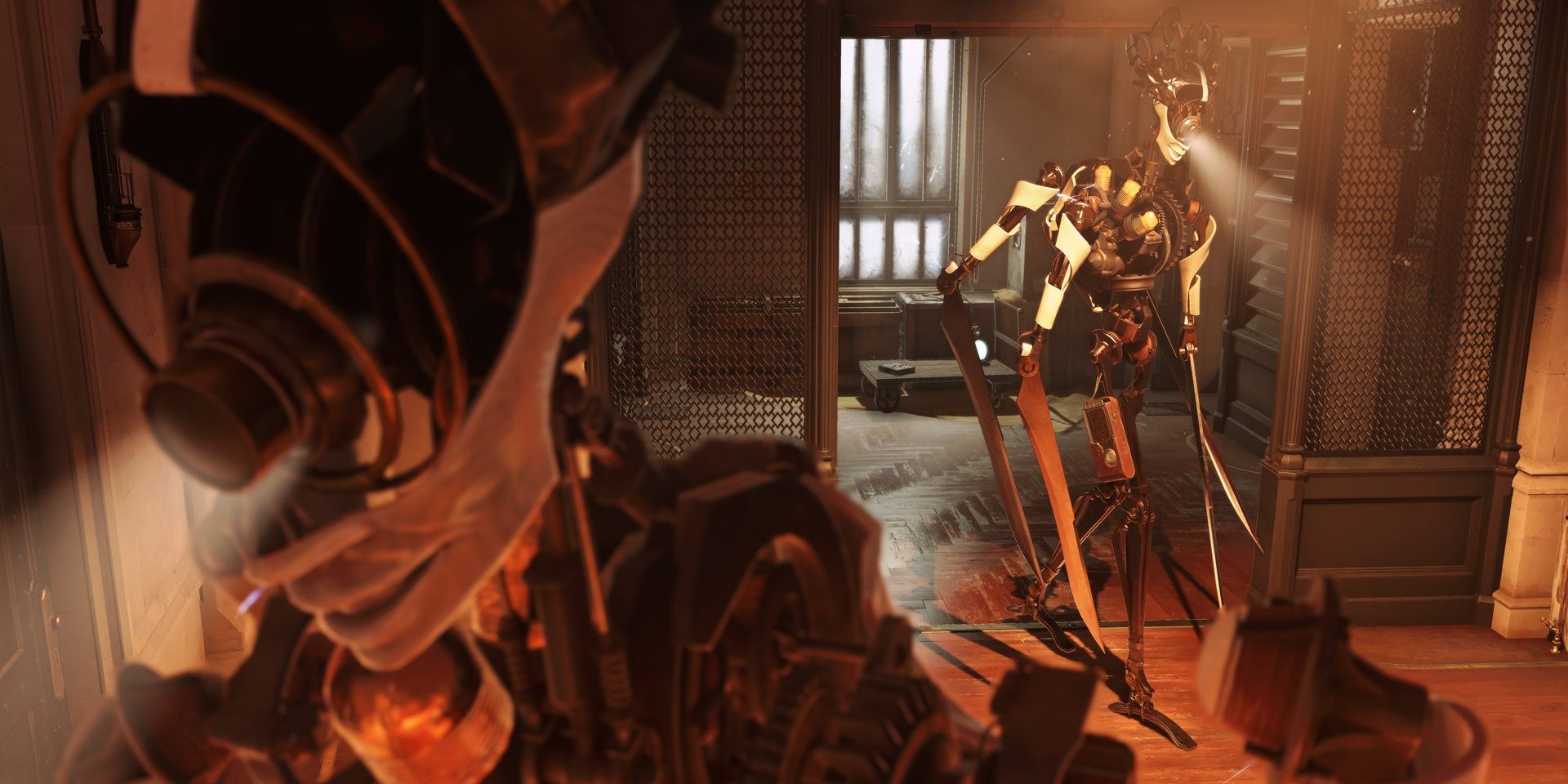 Another of Death of the Outsider's "go here, get this" contracts, Rags to Riches tasks you with stealing a gemstone from a bank vault. Although it's one of many fetch quests on this roster, Rags to Riches distinguishes itself with some fun diversions and a neat little puzzle for your troubles.

RELATED: The Best Arkane Studios Games, Ranked According To MetacriticIn order to get the gemstone, you'll be crawling through vents, fighting Clockworks, and working out the combination to a secure lockbox. It's not overly bombastic or narratively deep, but it's a neat little challenge that's sure to provide a fun diversion from slaying enemies. 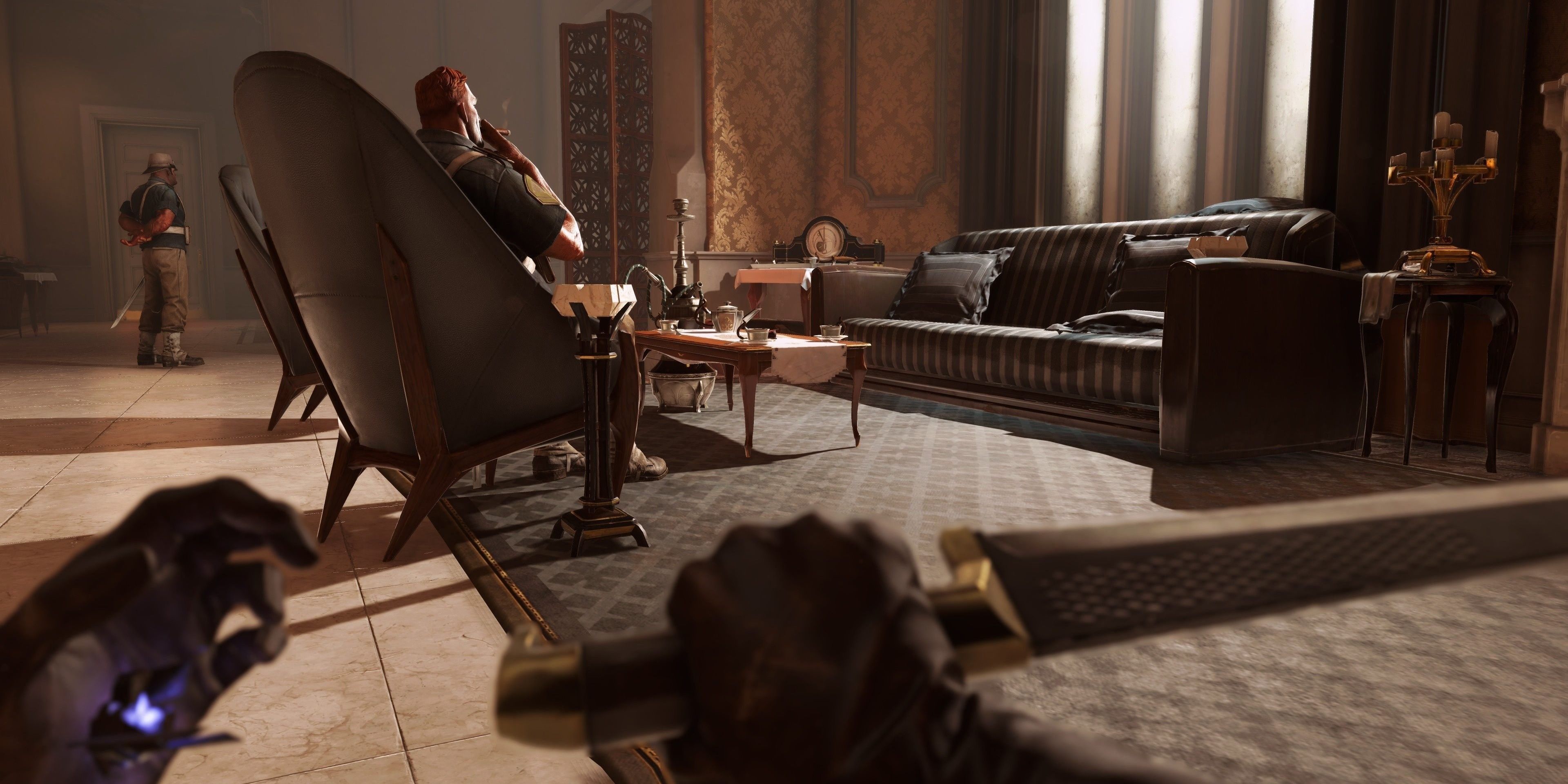 Pickpocket's Delight asks a simple question of the player: can they steal a note off a man's belt without being caught? It sounds easy until you find out that man is an elite guard, in his station, surrounded by colleagues and with dogs patrolling the streets. These details turn what could be a bland mission into a delicious little challenge for stealthy players.

There's a tension to Pickpocket's Delight which is undeniable. One wrong move or forgotten mechanic and you fail. But it makes it all the sweeter when that note is finally in your hands. This contract is the videogame equivalent of a little puzzle box: small, difficult, even potentially frustrating – but damn if it doesn't feel good to solve. 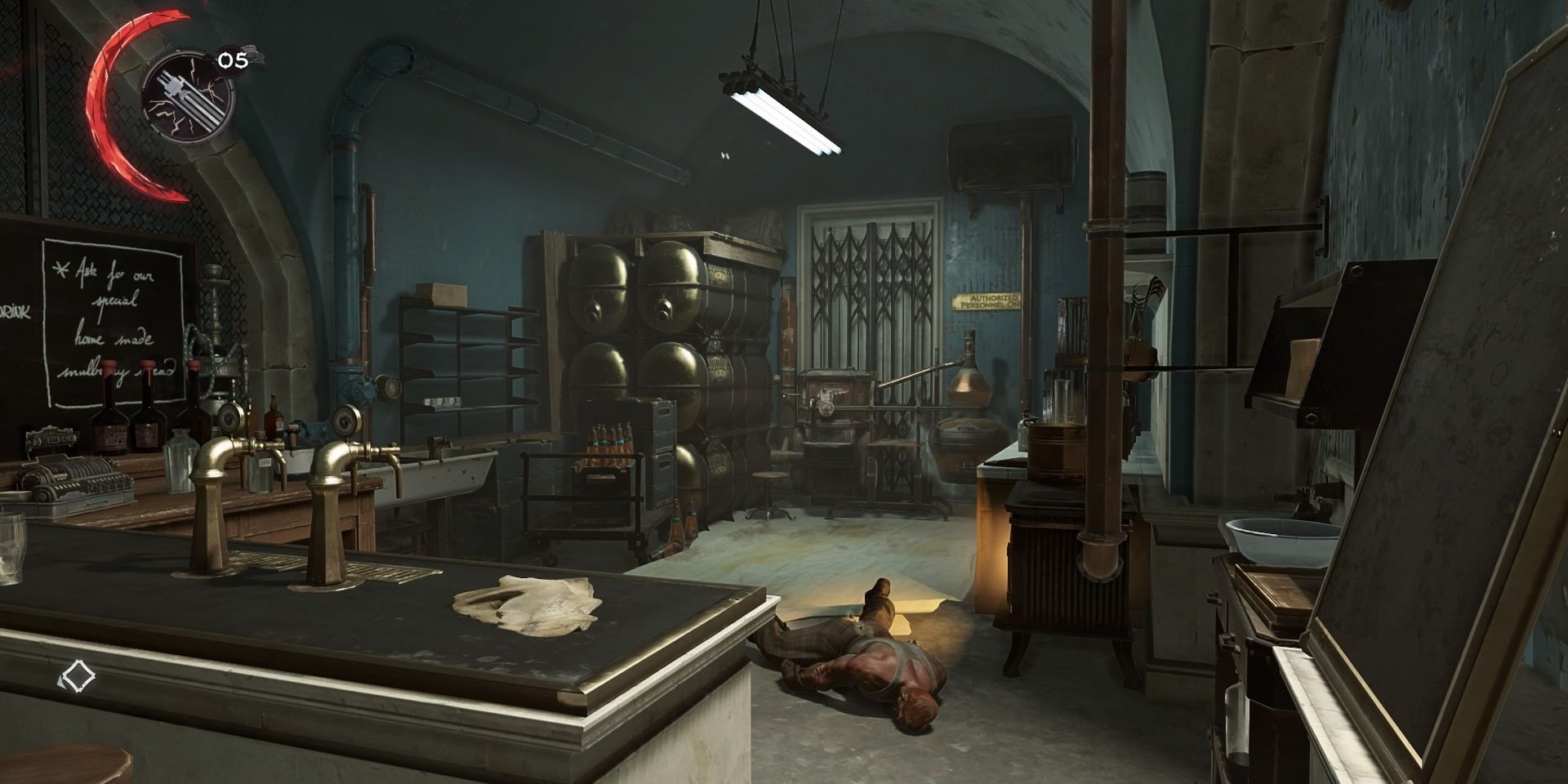 Now we're starting to get somewhere. This contract has you sneaking into buildings, stealing secrets, and destroying property, all of which are very appropriate to Karnaca's grimy, industrial vibes. And whilst not a particularly twisty or surprising contract, Industrial Espionage is satisfying.

Getting the keys from the guard and heisting liquor recipes feels like an old prohibition movie, and it's hard not to crack a smile when you're gleefully smashing bottles on your way out. This contract also gets points for being fairly open-ended in how you tackle its objectives. Industrial Espionage doesn't care how you get there, just so long as you stop to commit a few crimes on the way. 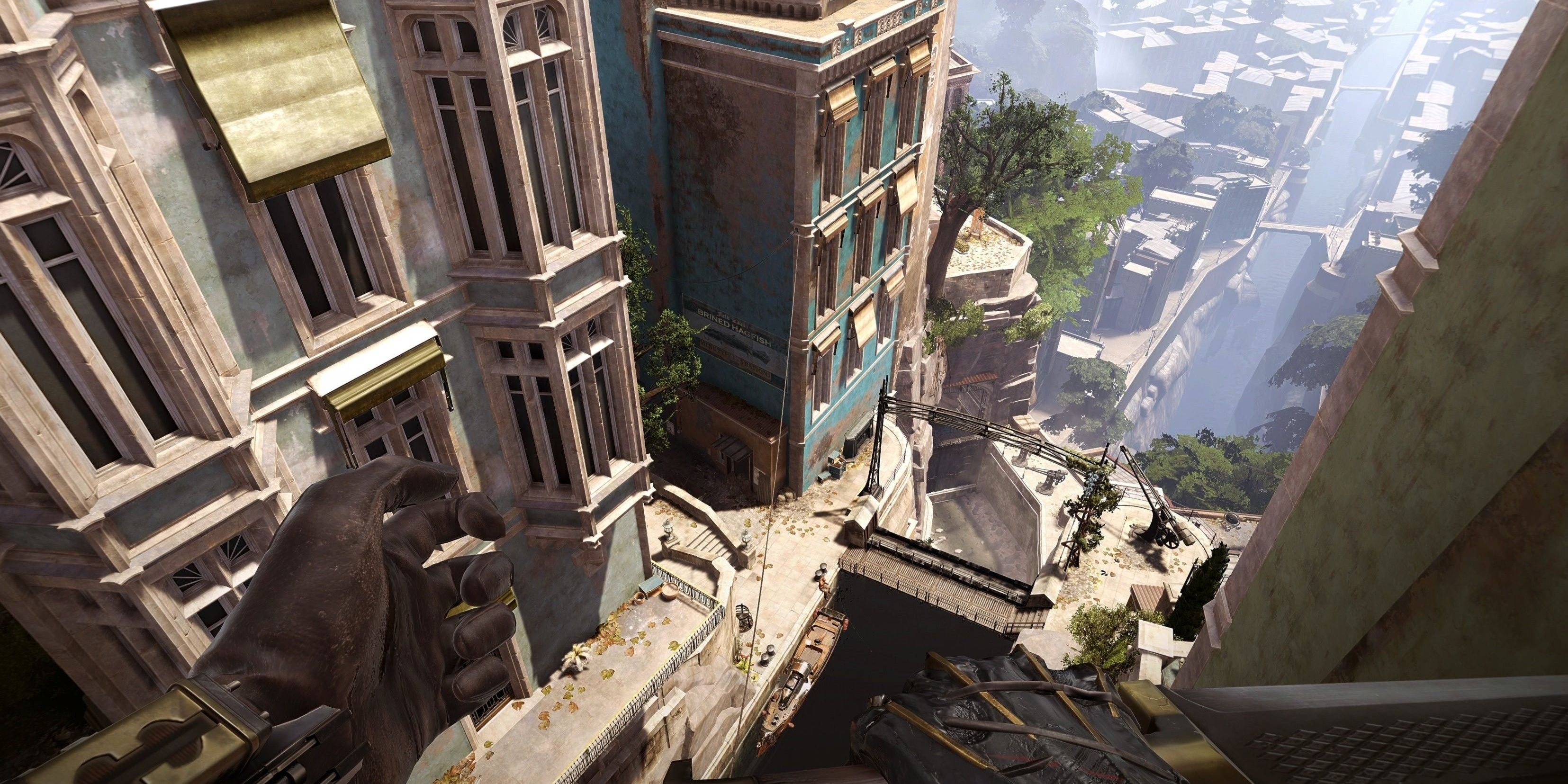 One of the few times in a contract where you can feel good about ending a target's life, Workplace Harassment has you tailing someone through Upper Cyria to track down a mysterious employer. It's a lesser-used format in Death of the Outsider's contracts, and a welcome one at that.

It also helps that your target, Armanda, is a pretty awful person. When the player meets her she's busy verbally abusing bank staff, and the contract's flavor text makes it clear she's a vicious blackmailer and racketeer. Workplace Harassment is a fun deviation on the game's sidequest formula with a satisfying ending, which puts it head and shoulders above many of its brethren.

2
Quiet As A Mouse 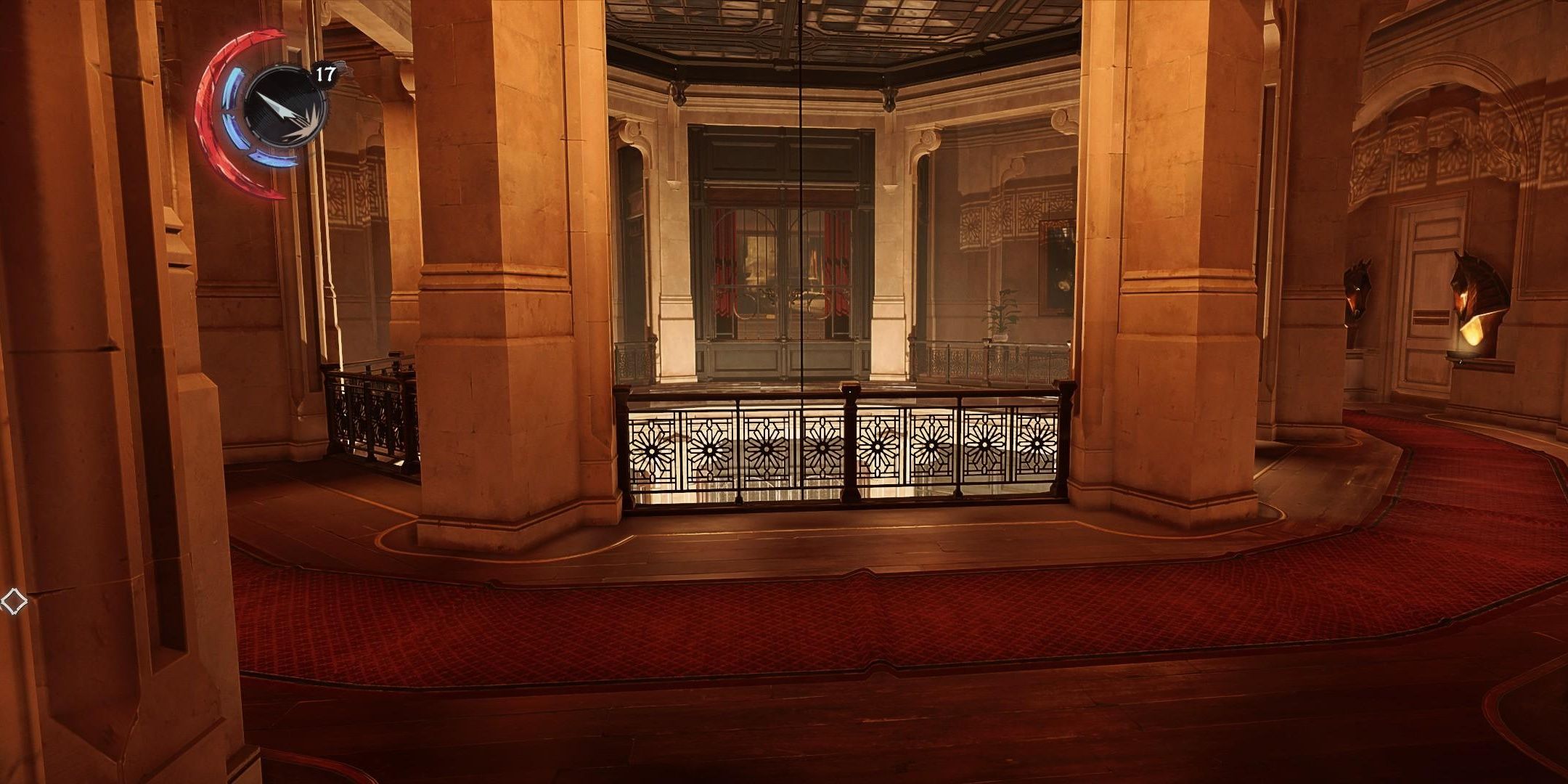 Nonlethal stealth runs are a staple of the Dishonored series, but what about if you just had to do it temporarily? That's what this contract asks of the player, who must break into a bank and steal valuable information without ever being seen or harming staff.

This contract is difficult. Unless using laudanum or poppy tincture to knock everyone out, Quiet as a Mouse will test a player's ability to slink around and use their environment. Even after you get the documents, the trial isn't over: now you need to get out too. It's a testament to how good tried-and-true videogame scenarios can be, and one of the best challenge contracts in the game.

1
Death to the Mime 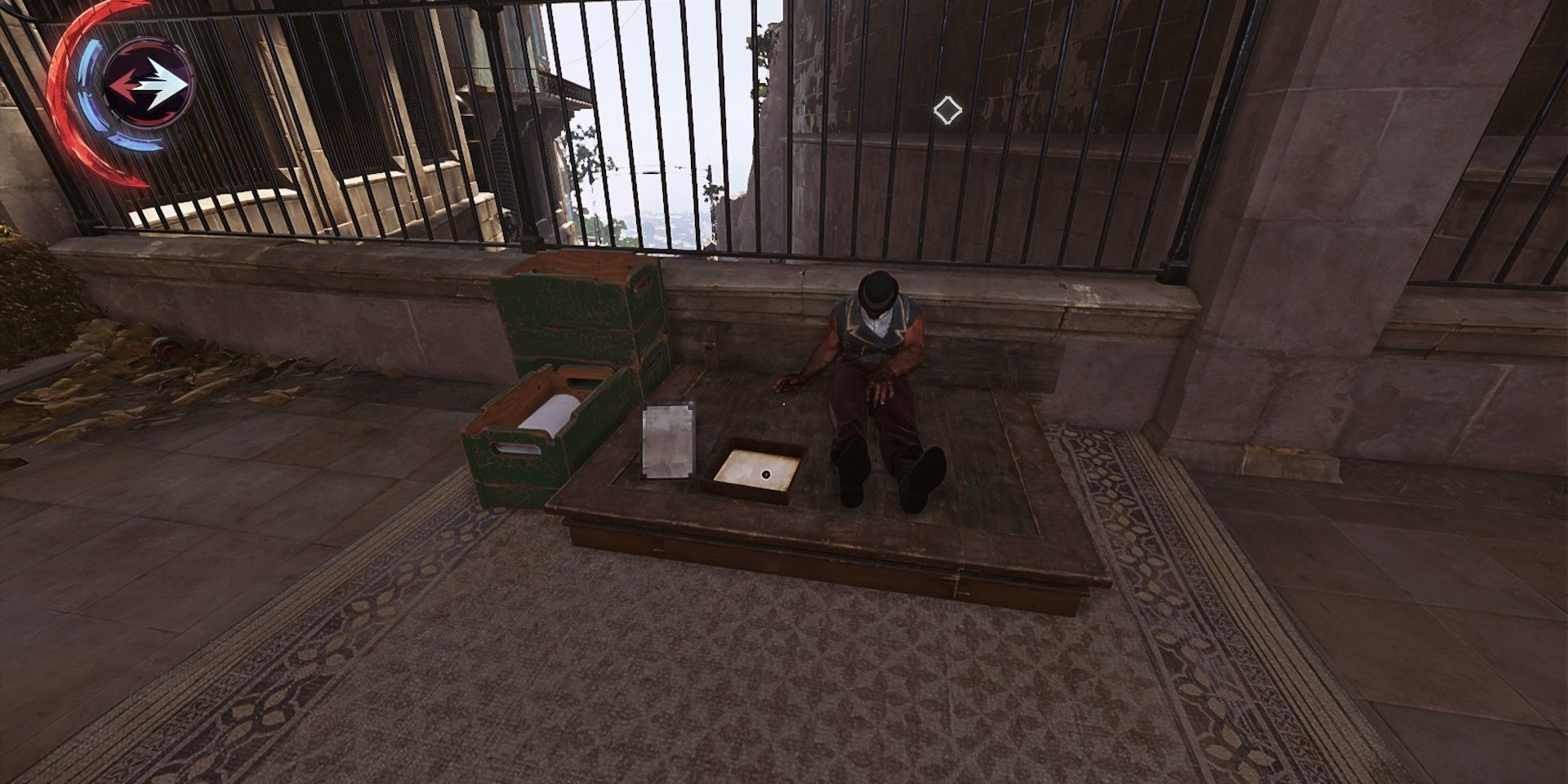 Nothing says "fun quest" like eliminating a mime for insurance purposes. This contract has you after the blood of Georgie Botello, a street performer who you need to make disappear in an apparent act of self-harm. It's one of the game's sillier contracts, but it's all the better for it.

From getting into an argument with the mime to carting his unconscious body on your shoulders, there's a ridiculousness to this side quest that is utterly charming. Whilst other entries on this list earn their place through challenging objectives or narrative, Death to the Mime earns the top spot through comedy value and novelty alone. Honestly, you've not really played Dishonored until you've chucked a mime off a cliff for money. 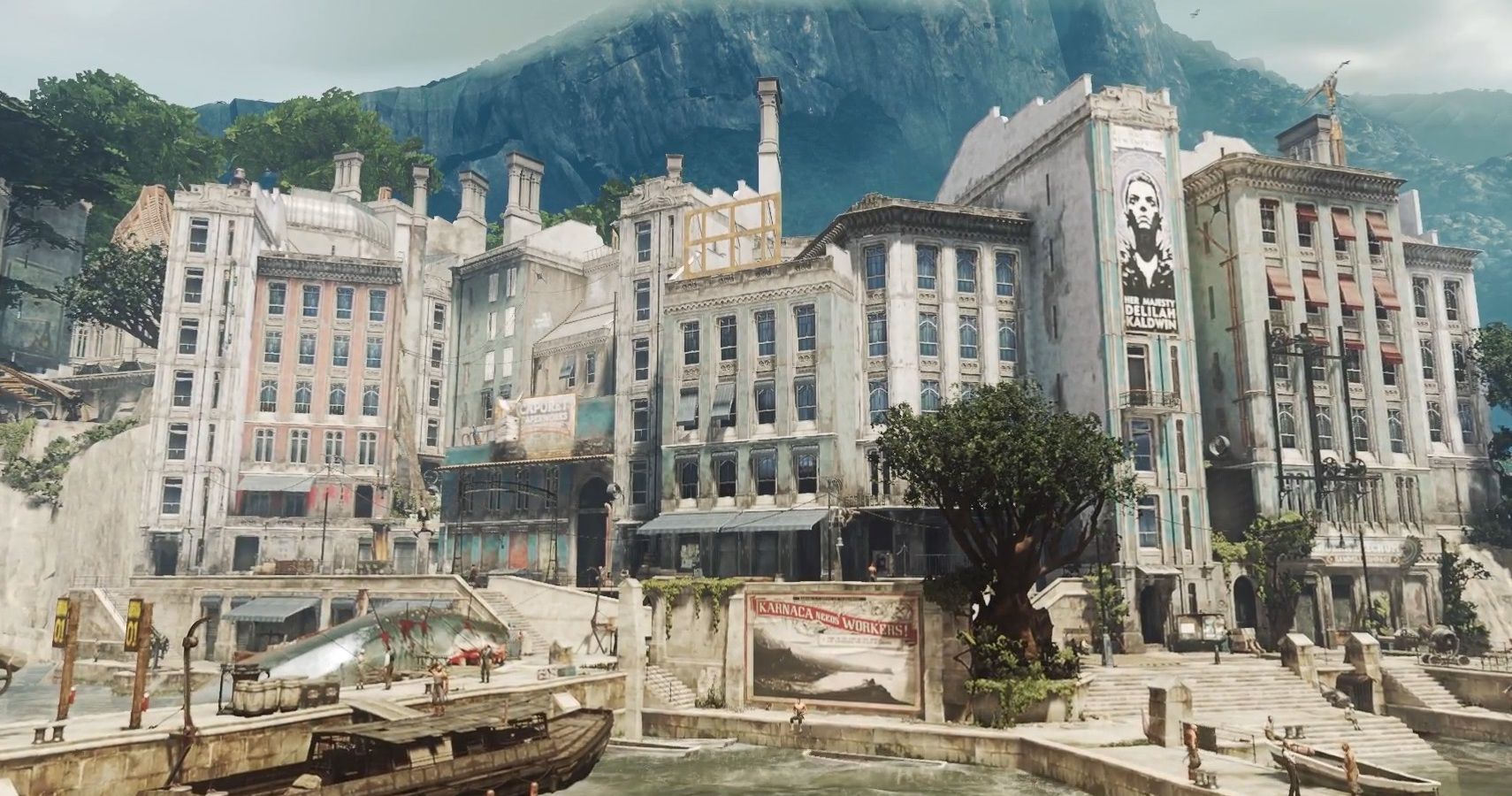 From the basic to the brilliant, these are the best levels in the Dishonored series.

A former baby and future vengeful ghost, Jacob spends most of his time writing, playing videogames, or writing about videogames. A graduate of the University of Edinburgh, he was shortlisted for the Allen Wright Arts Journalism Award in 2015, and signed his first book contract in 2020. He now works as a professional writer in Scotland, as well as contributing to TheGamer.