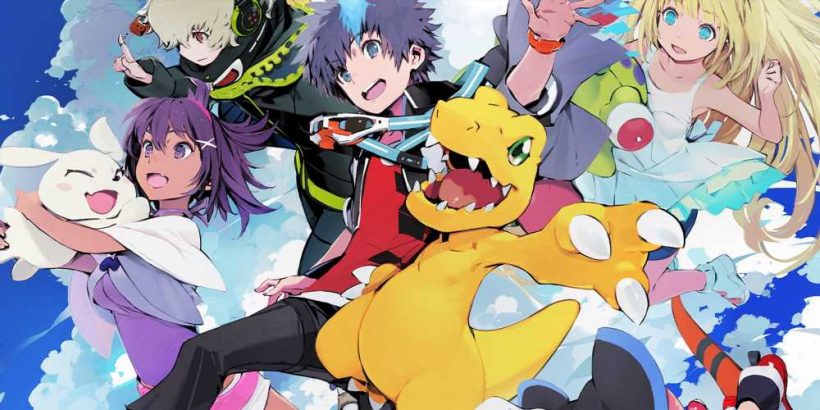 Bandai Namco has announced a new Digimon game for Switch and Steam that's actually an older title first released on the PlayStation Vita back in 2016. Digimon World: Next Order is being ported with a few new features on February 22, 2023.

The original game first hit the PS Vita over half a decade ago but only in Japan. It was then ported to the PS4 and translated for Western markets. Digimon World: Next Order is a monster-collecting RPG where you battle with your chosen 'Mons to rebuild the Digital World.

To start, you'll choose between a male and female protagonist and then pick between 10 potential starter Digimon. After that, you'll form a strong bond with your Digimon, feeding, praising, and training them to become stronger in battle. Eventually, if you meet your Digimon's requirements, they'll Digivolve into a new Digimon. Otherwise, they'll turn back into an egg and you can choose a different Digimon that might match your style a little better.

There's also a slight settlement management system where you'll build out the Floatia into a sprawling metropolis. You can recruit new Digimon, upgrade buildings, and grow crops to feed to your Digimon. There are 232 Digimon to collect in all.

In an interview posted to Digimon's social media handles, producer Kazumasa Habu confirmed there are "multiple Digimon game projects in the pipeline," and "Digimon World: Next Order is actually handled by a new producer that joined the Digimon game team this year." Habu then handed things over to Takahiro Yokota, who confirmed Digimon World: Next Order will have two new features from the original PS4 version.

"What's more, we are adding two new convenient features into the Nintendo Switch and Steam versions. One is a lower game difficulty, 'Beginner Mode,' and the other one is 'Running' to help you move faster in the Digital World," said Yokota. "Hope these will help both new players and players who played the original release enjoy the game better!"

Digimon World: Next Order arrives February 23 on Switch and PC via Steam. Expect more Digimon game announcements in the future.