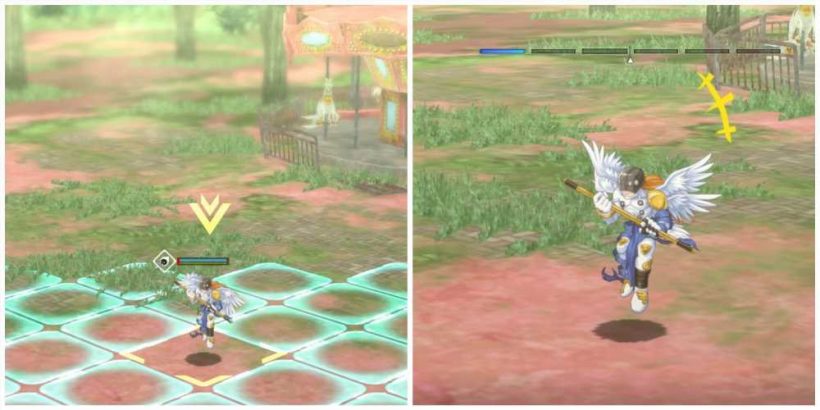 Angemon is a particularly interesting creature that can be obtained during Part 4 of the main story of Digimon Survive. Angemon, alongside Gatomon, appears with a very low frequency in the Free Battle zone of the Park area that you’ll unlock at the very beginning of this part of the story.

Angemon is a very powerful creature that can provide a significant edge in battle if you manage to get them on your team when you first encounter them during this section of the story. As with other Digimon in Survive, you’ll need to entice them over to your team by proving that you truly understand them, or evolve an existing Digimon into an Angemon using Enlightenment Slabs.

Angemon boasts some fantastic stats and the ability to evolve into a range of more powerful Digimon such as Angewomon, MagnaAngemon, and Antylamon. They’re definitely a worthy addition to your team in Survive.

How To Get Angemon Through Evolution 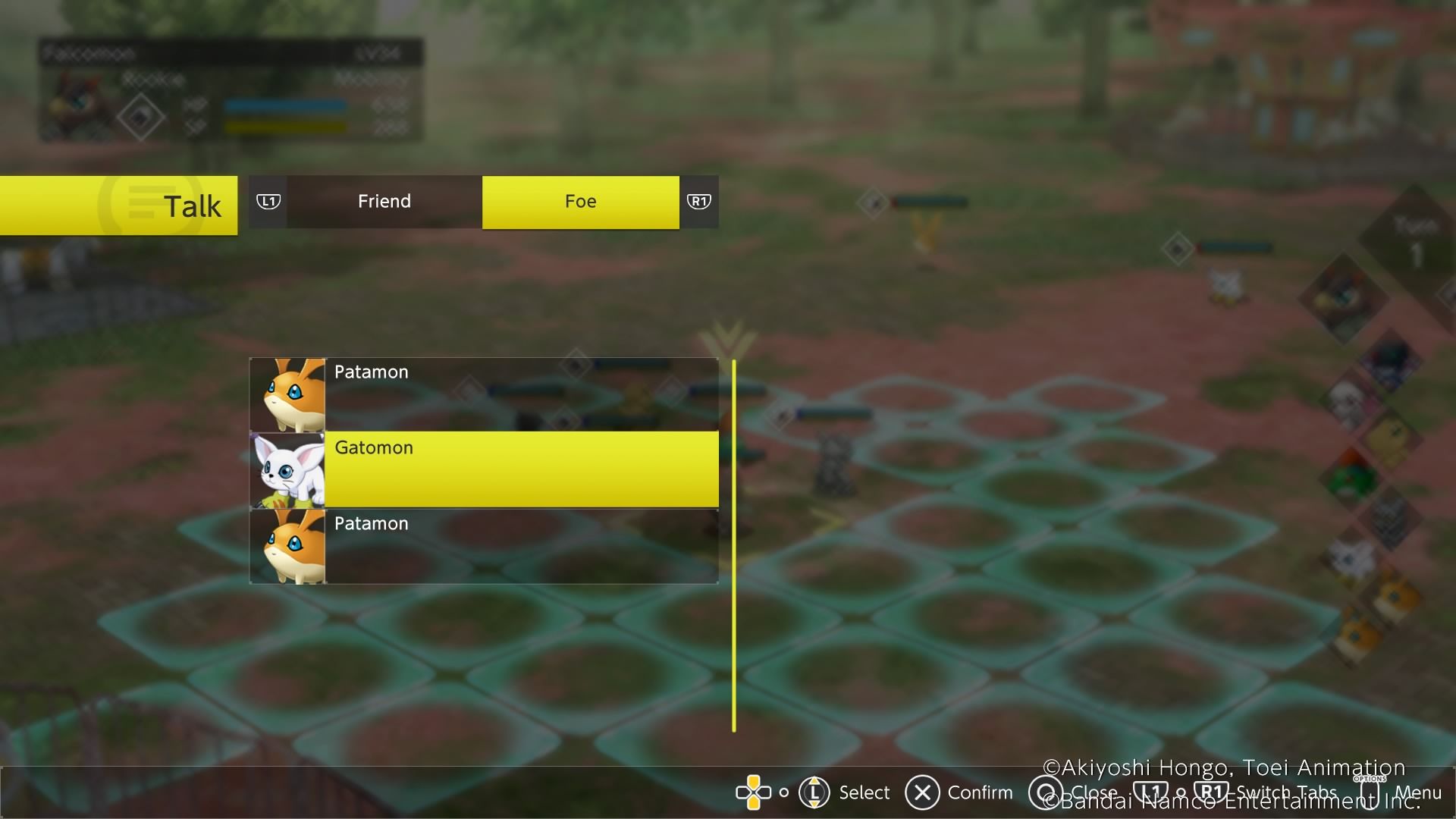 Much like their counterpart Gatomon, who can also be found in Part 4, Angemon can be created by evolving a Patamon. In order to do this, you’ll first need to acquire a Patamon by convincing one over to your team during an encounter with a Patamon in a Free Battle Area.

Patamon can easily be found as early as Part 3 of the game. To get one over to your team, you’ll need to use the talk command in combat, and successfully answer their questions. When you’ve successfully persuaded one, all you’ll need to do is feed them a Mature Enlightenment Slab to evolve them in Angemon.

Due to the incredibly low spawn rate of Angemons in Part 4, evolving a Patamon is definitely the easier method of getting one. It’s important to note, however, that Angemons created this way will be at a lower level and therefore have lower stats than those acquired in the field. 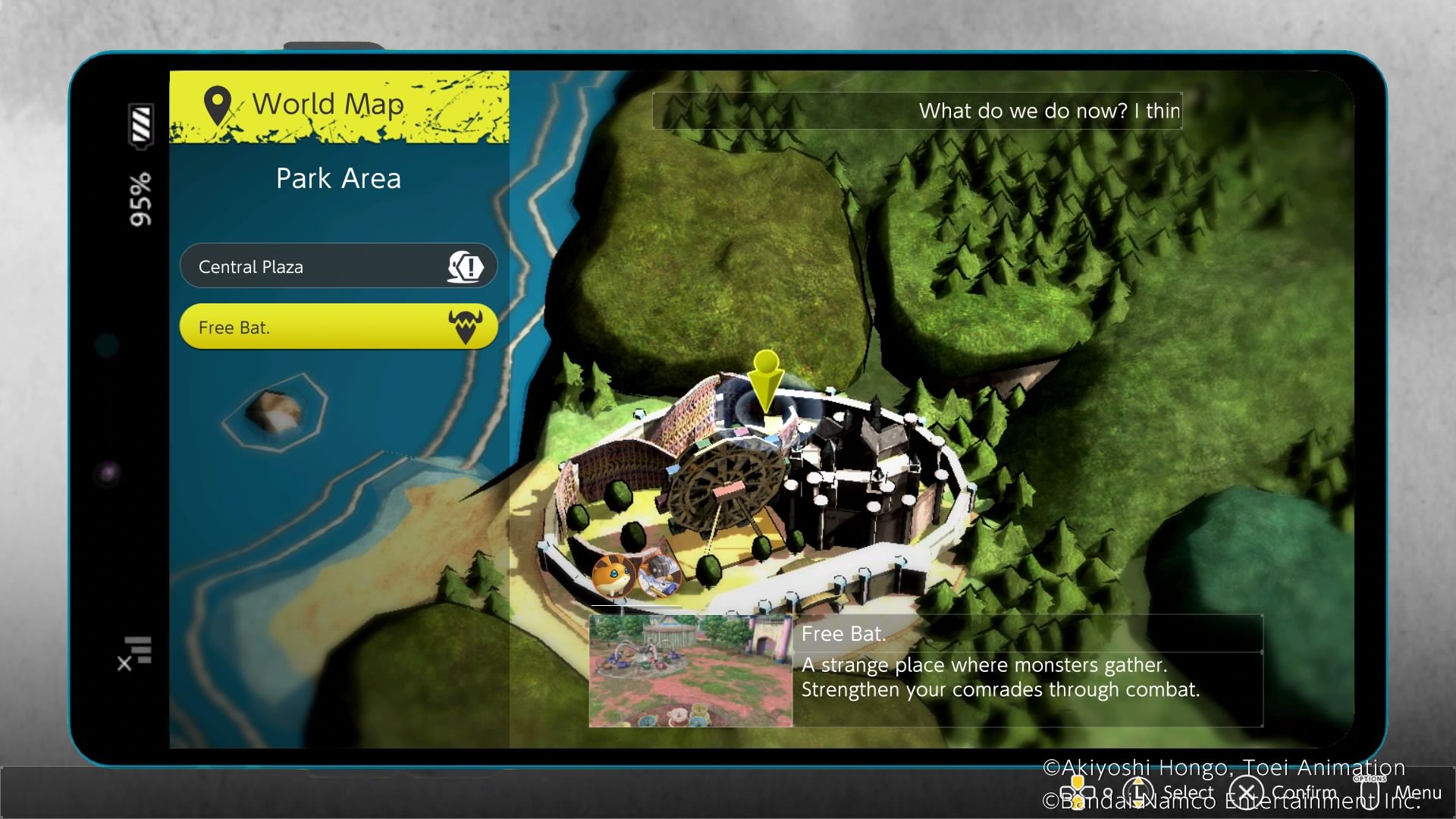 Angemon can be found shortly after the beginning of Part 4, when your team uncovers the abandoned amusement park area. After the first story sequence in this new area, you’ll unlock access to the Free Battle Area. From here, you can freely battle enemies and find a few new Digimon, such as Gatomon.

Angemon has a very low spawn rate in this Free Battle Area, meaning you’ll potentially have to progress through many repeated battles with the same Digimon until they appear. Angemon seems to spawn with the same frequency as Gatomon in the same area; if you’re looking to get both you could be in for a long wait.

Above the description of the Free Battle Area, several Digimon portraits will appear. Before entering the encounter, you can check these to see if Angemon will appear or not.

Completing a Free Battle with another Digimon or progressing the story and returning to the Free Battle Area will ‘refresh’ the Digimon available in the next encounter, but it seems the type of Digimon that appears is not determined by any specific pattern outside of certain Digimon being less likely to appear. This can make Angemon appearances infrequent.

How To Get Angemon To Join Your Team 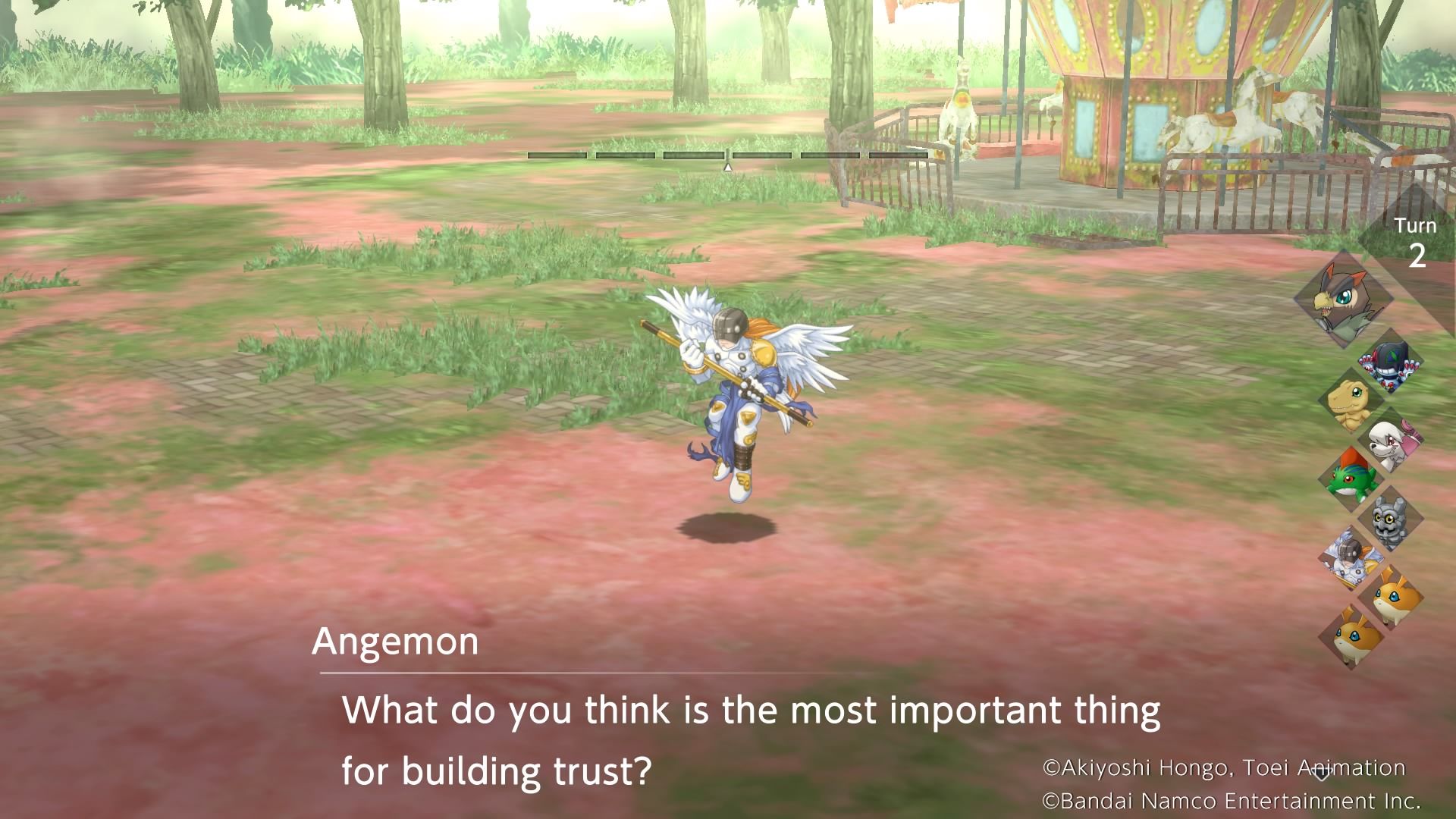 Once an Angemon has appeared in a Free Battle, don’t launch into combat, but instead use the ‘talk’ command and navigate to the foe tab, where you'll have the option to talk to Angemon. Once you begin, this will start a question-and-answer session where you'll need to choose from four responses.

In order to persuade Angemon, you'll need to select responses that illuminate how virtuous you are. If you're looking for specific selections for each question, here's what to say in response.

After three successful responses, you should have filled the gauge above Angemon's head past the line in the centre, which will give you the chance to ask them to join your team. You can also ask them for an item if you decide you don't need an Angemon in your life.

If you ask to be friends, Angemon will consider your response and potentially join your team at the end of the battle. This can fail as it's based on a visible percentage chance that will display in the corner of the screen. If it does fail, you can simply choose to retry the battle from the beginning from the menu and restart the negotiation process until Angemon joins your team.