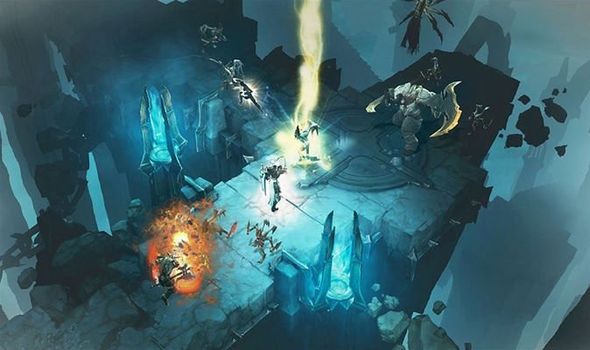 A new season of action is coming to Diablo 3 on PS4, Xbox One, PC and now Nintendo Switch.

The new Diablo 3 Season of the Triune has a start date set for August 23 but release times are set to differ depending on what platform you game on.

PC players will have the shortest waiting time, with Diablo Season 18 on Battle.Net launching ahead of console versions.

Blizzard has confirmed that PC players will see the launch of new seasonal rewards and other special items at 5pm.

And this isn’t 5pm PST, but rather, 5pm local time wherever you live.

However, the same system is not in place for console players, meaning a longer wait time for PS4, Xbox One and Nintendo Switch systems.

Season 18 will be launching later in Europe, with Blizzard confirming that the new event is expected to arrive at around 1am in the UK, on Saturday, August 24.

“Seasons go live for all console players globally Friday, August 23 at 5:00 p.m. Pacific Time, regardless of which regional version of the game you may have,” a message from Blizzard explains.

“Please note that Seasonal Leaderboards for Xbox One, PlayStation 4, and Nintendo Switch are still separate by hardware platform.”

The good news is that Diablo 3 Season 18 is set to run for months, meaning you will have plenty of time to catch up.

“We are no longer providing anticipated end dates for Seasons,” Blizzard adds.

“However, we are committed to keeping Seasons roughly three months in length (give or take a few weeks based on development needs) and will continue to provide a minimum of two weeks advance notice for when the Season will be ending.”

When it comes to the new Season Journey, there will be new a Class Set for those who complete specific chapters.

“Completing Chapters 2, 3, and 4 of the Season Journey will reward you with three of Haedrig’s Gifts. Each Gift contains a few pieces from one of your Class Sets. Players can only unlock one Class Set in this manner per Season across Hardcore and Non-Hardcore, so choose wisely!

“The set you will receive depends on the class of the character you’re playing when you open each Haedrig’s Gift. To collect a full Class Set, you’ll need to open all three on the same character.”

Haedrig’s Gift sets as confirmed by Blizzard for Diablo 3 Season 18:

Blizzard has also confirmed that they will be offering rewards from past seasons for those gamers who might not have been playing at the time.

For Season 18, this means awards that were originally available from Season 6 are returning to the Season Journey. Players will have access to a series of portrait frames of the Blood Shards, as well as a ghastly All Hallow’s pennant.

And this is in addition to the Chest and Gloves slots of the exclusive Conqueror Set and extra stash tabs available to unlock. Blizzard has also confirmed that all players will benefit from the Power of the Triune buff, which will periodically summon circles around the battlefield.

One of three random buffs may also occur, including: