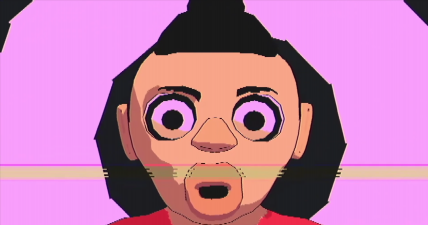 Devolver Digital’s Sludge Life is the latest game from the publisher to be refused classification in Australia.

The news of the ban comes from PressStartAustralia, who was sent a press release saying the game had been refused classification. This was then retweeted by Sludge Life developer terriv. In reference to one of the game’s characters, he said, “one butthole max per cat in australia. tough but fair”.

Although the double butt cat is telling of the game’s tone and nature, that’s likely not the reason for the refusal of classification. One thing that is sure to get a game refused in Australia is drug use of any kind, and from the trailer alone it’s clear that it has some. One of the scenes in the launch trailer shows mushrooms, whilst other scenes advocated smoking and drinking, although likely in a satirical nature.

The refusal of classification is due to the game coming to the Nintendo Switch, where it will need to be classified to be sold. Funnily enough, you can still buy Sludge Life on Steam and the Epic Games Store in Australia, despite it being refused classification, which is due to it being a digital title.

Devolver seems to be taking the refusal in its stride though, as it retweeted terriv’s sarcastic comment. Considering what happened with Hotline Miami and Katana Zero, it’s no strangers to the situation, and are likely going to play into it. When asked for a comment by PressStartAustralia, Devolver said that it had “nothing to say”.

In happier news from the publisher, it has confirmed that it will reveal four new games at its Summer Game Fest presentation, as well as giving updates on some already announced titles.