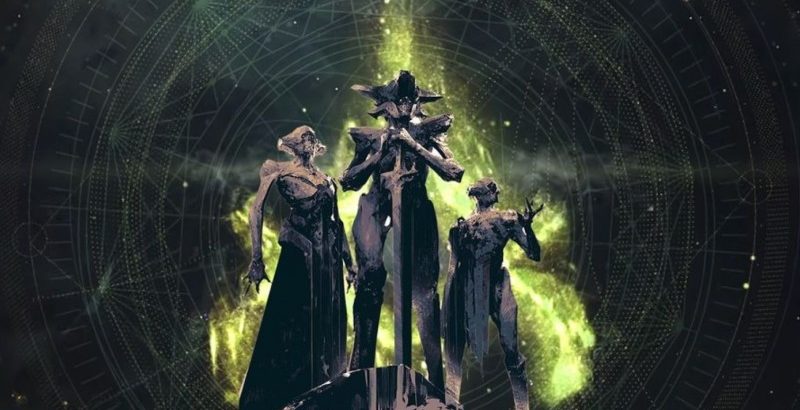 Destiny 2: The Witch Queen and its release date will be fully revealed next month, which is great considering Season of the Splicer is absolutely driving me insane with where the heck the story is going to go next. With Osiris being suspicious as all heck and Lakshmi being … well, Lakshmi, things in the Last City are far from calm and with the blight taking over the Tower? It’s far from over. We’re getting ready to take the fight to Savathum it seems. But are we really?

Bungie took to the Destiny 2 Twitter account to announce when fans can get their first look at the upcoming expansion, the follow up to the current storyline being told in Beyond Light. The showcase is set to go live on August 24, with our first look at expansion artwork below:

With previous concept art being shared having the community thoroughly convinced that we’re going to Old Chicago, what’s next for the space shooter is anyone’s guess. We know that Savathun has assumed the identity of a person in the Last City, but we don’t explicitly know who yet. I have my suspicions though. Bookmark this, dear reader, and place your bets because I will eat all sorts of hats if I’m wrong, but I think we’ll find out that Osiris is actually Savathun. What that could possibly mean for the story (if I’m right) and what role the Guardian will have in conjunction with the Witch Queen is anyone’s guess, but homeboy is acting way too sus to ignore.

While we await the Witch Queen showcase, Bungie did open up more about what we can expect from the upcoming expansion previously when the studio announced that the DLC was delayed:

The Witch Queen represents an important evolution in the ongoing story of Destiny 2. Beyond Light built the foundation and allowed us to weave the world-building of Destiny and Destiny 2 together, but The Witch Queen will light the fire on a strongly interconnected narrative across Lightfall and beyond, unlike anything we’ve ever attempted before, with characters, arcs, heroes and villains that persist over multiple future releases. Even more importantly, the conclusion of these releases will also conclude the “Light and Darkness Saga,” the conflict we first introduced with the launch of Destiny many years ago. As we’ve been developing The Witch Queen, we realized that we needed this release to be the first of many moments crucial to the story of Destiny. With so much leading to and dependent on what happens in The Witch Queen, we wanted to make sure that we gave ourselves enough time to build out this journey in the right way, starting with an exceptional first chapter.

We don’t have an exact time yet, but that will come closer to the event itself, but you can add to your calendar “See what the heck is going on in Destiny” for the August 24 date.

You’ve heard my theories, let me hear yours! Where do you think the Witch Queen will take us in Destiny 2? Who do you think Savathun is masquerading as? Sound off with your thoughts in the comment section below. Crow would want you to.