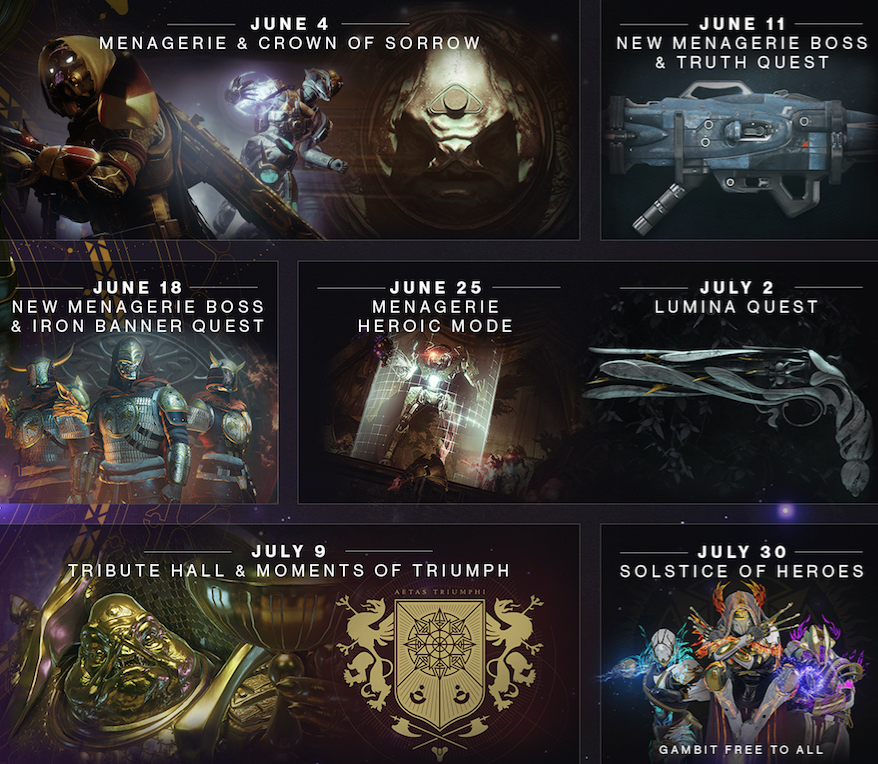 As with the last two seasons of content, Bungie has also provided fans with a content roadmap for the major DLC drops coming as part of the Season of Opulence.

This is details below so you can mark your calendars and make time for these upcoming content releases.

JULY 30 – Solstice of Heroes and Gambit Free to All Players

Yes, there’s a new Raid, this time called ‘The Crown of Sorrows’ and it goes live a few short hours after Season of Opulence is released.

Once again it’ll be a race to decide the world’s first completion for the new raid. Like most of the content, the secrets of the raid is being kept close to Bungie’s chest, but it’s believed to be something Hive focused.

From day one, power levels will be capped at 700 for the initial encounter as well as 720 for the final encounter.

As we mentioned at the start, Season of Opulence is the final piece of content for Destiny Year 2.

But, the good news is we don’t have long to wait to find out what is going on with Destiny in Year 3.

Bungie has promised to reveal the “next era of Destiny 2” on June 6, 2019 at 10 am PST via a special livestream. They’ll then follow this up with a special E3 panel talking about where they’re taking the game.

In the past, new content has arrived around September, so don’t be surprised to see whatever it is they’re planning for the game, to arrive in the fall like most of there major content drops.

This will also play into the usual three-month window given to existing content, and should line up nicely for when Season of Opulence comes to its natual conclusion.