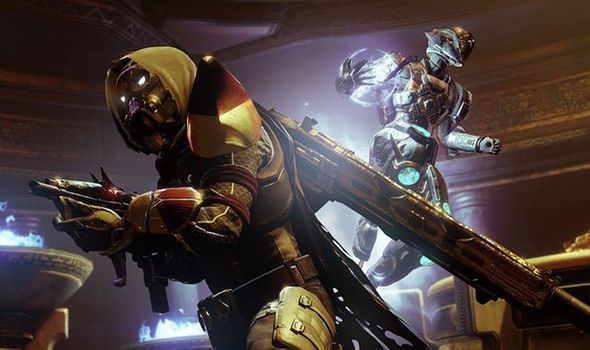 Destiny 2 has been taken offline for server maintenance on PS4, Xbox One and PC.

And it’s bad news for fans in the UK, because the latest bout of Destiny server downtime is expected to last all evening.

The original Destiny and Destiny 2 servers were taken offline by Bungie at 4pm UK time.

While some services will come back online early, Destiny 2 maintenance won’t conclude until 10pm BST.

The news was announced by Bungie on Twitter: “For the duration of today’s Destiny maintenance, all Bungie.net and Destiny Companion features will be unavailable on Web, Mobile, and Third-Party Apps.”

The studio also explains more on the game’s official website, confirming which services will be offline.

“For the duration of today’s Destiny maintenance, some Bungie.net and Destiny Companion features will be unavailable on Web, Mobile, and Third-Party Apps,” the post reads.

Fans are encouraged to report any issues to the Bungie support page online.

Bungie will use the maintenance to lay the foundations for the upcoming Shadowkeep expansion.

“As the heroes of the last safe city turned their attention to frontiers beyond the protection of the Vanguard, new Nightmares have emerged from the shadows of our long-forgotten Moon,” reads the Shadowkeep description.

“Called forth by the haunting visions from her tormented past, Eris Morn has returned and unleashed something that once slumbered beneath the lunar surface – a long dormant power even she cannot control.

“Return to the Moon. Journey deep into a mysterious enemy citadel. Help Eris slay these nightmares before they reach out beyond the Moon to cast humanity back into an age of darkness.”