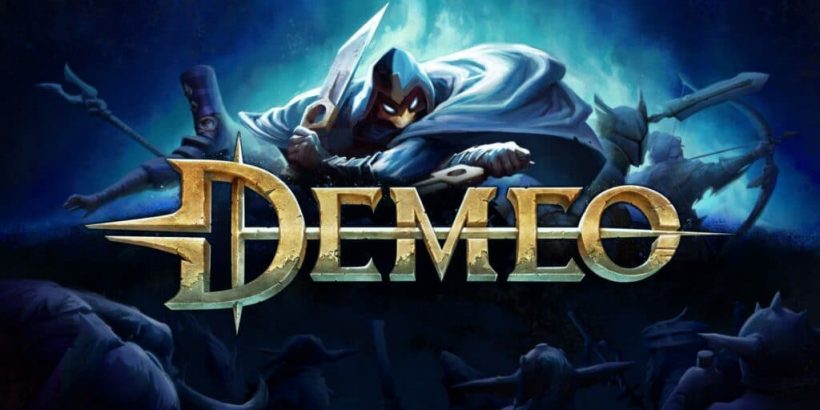 Developer Resolution Games showed the VR and flatscreen title running inside the Lenovo ThinkReality headset, powered by a Motorola phone. You can get a look at some through the lens shots in our wrap up video below from the Between Realities team.

As you can see from the footage, the AR experience works by anchoring the gameboard to a surface like a desk. You’re still able to see other characters surrounding the environment beside you. As Resolution Co-Founder and President Paul Brady explained, though, this isn’t the full game running inside AR.

“We’ve only had the consumer dev kit for about three weeks now so we got a little experience together to demo is so people can see the potential of what it might be like to have a tabletop RPG experience in AR,” Brady said.

In fact, Resolution isn’t officially announcing an AR port of Demeo for any headsets at the moment, but this certainly shows the possibilities of where the game could head in the future. We already think the VR game offers a best-in-class social experience.

This demo, meanwhile, came about as part of Resolution’s participation in Qualcomm’s Snapdragon Spaces initiative. Brady hinted that the program could enable Resolution to easily bring its projects to AR. “With their adoption and use of OpenXR and also their agnostic hardware approach it’s something that would make it easy for us to get it one place and make it available for lots of devices,” he said, “so we’re all about doing things in an agnostic approach like that.”

“Demeo’s average play time sessions are like two or three hours, so the ability to be in AR where you can see your environment around you too is an option that I think a lot of players will really appreciate in the future.”

Of course, there’s still plenty of other things in the works for Demeo right now. Stay tuned for the Upload VR Showcase this week at 8am PT on June 9 for a sneak peek at the game’s next hero.