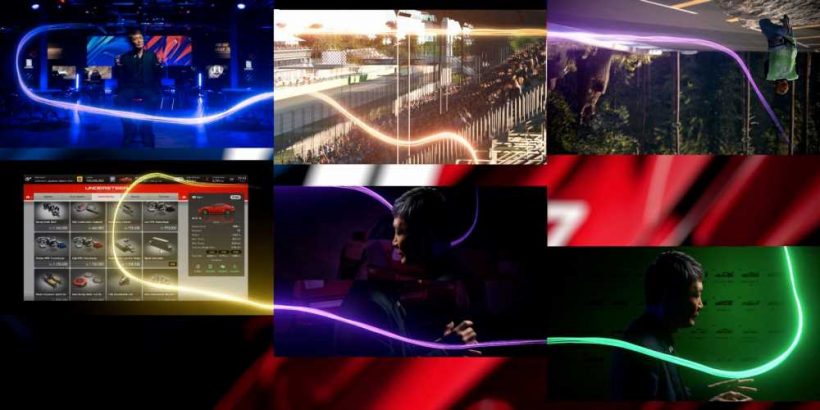 Deep Forest Raceway has a long history in the Gran Turismo series. It made its debut all the way back in 1997, in the first entry of these now classic racing games. However, the racing track has been absent since 2013's Gran Turismo 6.

The PS4's Gran Turismo Sport was notable for missing out series mainstays such as Trial Mountain and Deep Forest Raceway, as it sought to include more FIA approved courses as it shifted to a more esports style. But the fictional track is making a comeback for Gran Turismo 7. Deep Forest Raceway will be making a return in the next Gran Turismo, and Polyphony Digital has even shown off a gameplay video of the race circuit.

With 15 corners and going through wooded areas, and crossing a ravine, Deep Forest Raceway was popular for its flowy lines and natural sights. Making its debut in the first Gran Turismo, it received a huge upgrade in graphics on the PS2, with light streaming through the trees wowing players at the time. But the two mile-plus race course was notably absent from Gran Turismo Sport despite being included in seven other Gran Turismo games.

Polyphony Digital has posted a two minute video of an onboard flying lap around Deep Forest Raceway, on the PS5, showing off the track as it will be available to drive in Gran Turismo 7. The video shows a Lamborghini Murciélago driving against 15 other competitors in the forthcoming game. The new GT also sees the return of the Alfa Romeo 8C Competizione, as spotted by Traxion, which was also last seen in Gran Turismo 6.

Those who've watched the gameplay video have been impressed with the upgraded lighting, realistic camera shakes, and tire sounds of the new title, in the comments. The sound made by the cars and the tires do sound like an upgrade from the PS4's Gran Turismo Sport and the reflections are also a clear improvement on the previous entry.