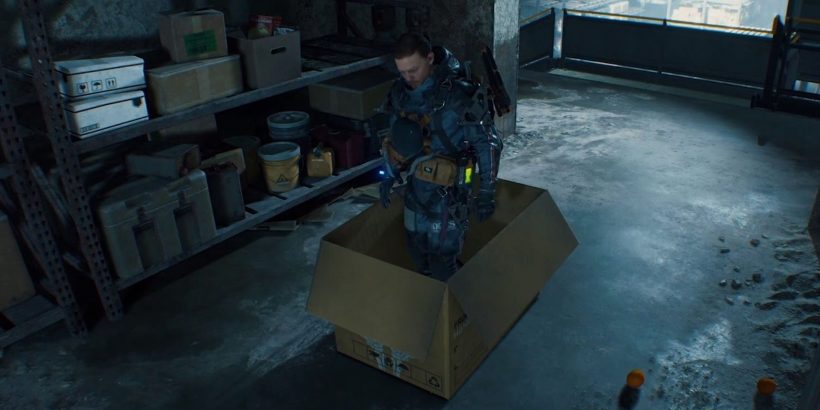 Geoff Keighly and Hideo Kojima reunited in their legendary friendship for another Death Stranding announcement during the Summer Game Fest. Death Stranding is getting a Director’s Cut, with no date just yet, but it’s coming soon with big Metal Gear vibes.

In the reveal trailer, we see Samuel “Sam” Porter Bridges engaging in a little of his own tactical espionage action – it just looks like Death Stranding Metal Gear Edition. It’s footage we haven’t seen in the original, so we can only assume this new peek is bonus content for the Director’s Cut. Sam even jumps into his own box, ready to creep around Snake style.

The full reveal is just “weeks away” according to Keighly and Kojima, but for now we’re left wondering just how much new, stealth content will be added to 2019 release.

Death Stranding was originally a PlayStation 4 exclusive title, but it received a launch for PC last year via the Epic Game Store and Steam. There’s no word yet either on platforms, but we can assume those details will follow in the next big update on the project.