Phoenix Labs recently released its new monster hunting game Dauntless onto the Epic Games Store and consoles. You and some friends drop into an arena with your weapons, attack a nearby monster, kill it before it kills you, and harvest its body to build cool weapons and armor.

It’s a familiar idea to players well acquainted with the Monster Hunter franchise. It may not be as complex as Monster Hunter: World, but there are still a few things we wish we knew before jumping into our first hunt.

This guide will teach you everything you need to know about Dauntless’ opening hours. 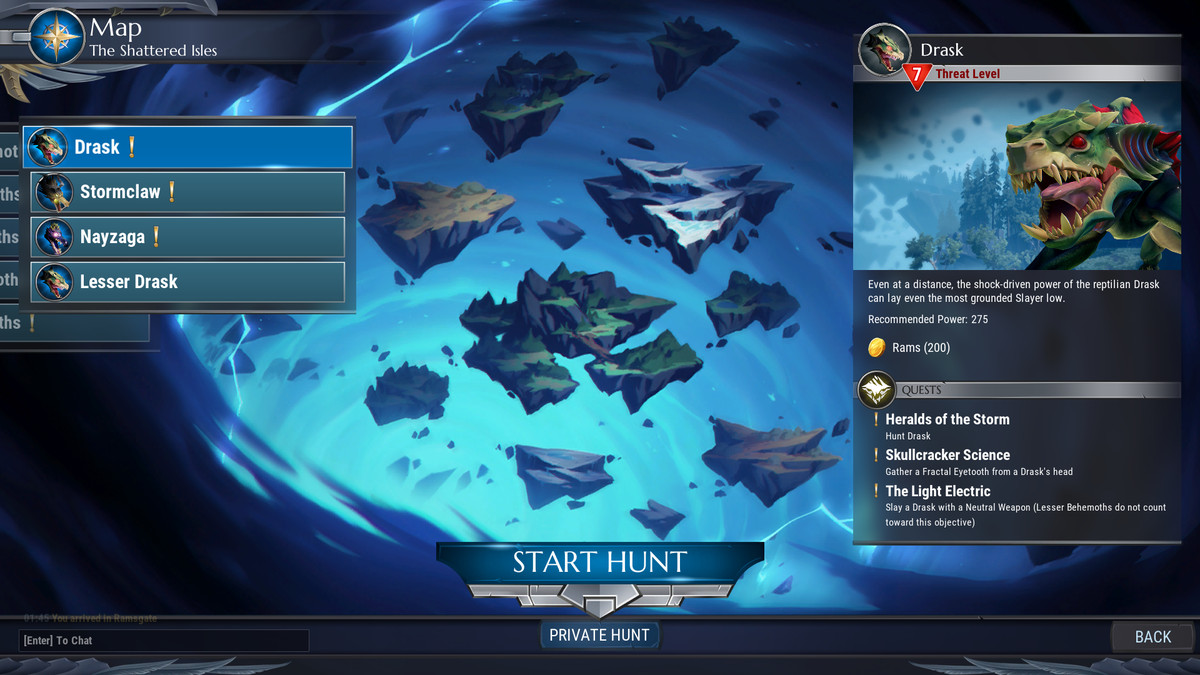 After Dauntless’ short tutorial, you’ll drop into Ramsgate. It’s a small city packed with people who want to talk. Look at the top of your screen for the compass, and chat with everyone who has a golden icon above their head. Before long, you’ll have plenty of quests to work on.

The great news is that you can do most of these quests at the same time. If you need to complete three patrol missions for someone (a random hunt), and kill a fire Behemoth (Dauntless’ word for monsters) using an ice weapon for someone else, try searching for a fire patrol. The Dauntless mission menu has a great feature that shows how many quests you can complete while fighting a certain monster.

Take a second before you launch your mission to see which Behemoths can help you complete more than one quest. The faster you complete quests, the more new features you’ll unlock.

Try out all the weapons

Dauntless has six different weapon types, nearly all of them are available after the tutorial.

When you finish slaying your first monster, you’ll get a recruit version of each weapon (except repeaters, which arrive a few missions in). Before you get too excited and start upgrading, hold on to your hard-earned Behemoth hides and check out each weapon.

If you ever get confused about what your weapon type can do, open the menu and check out the move list — it’ll tell you everything you need to know. You’ll eventually get a quest to try a hunt with each weapon, but it doesn’t hurt to familiarize yourself with all of them early. 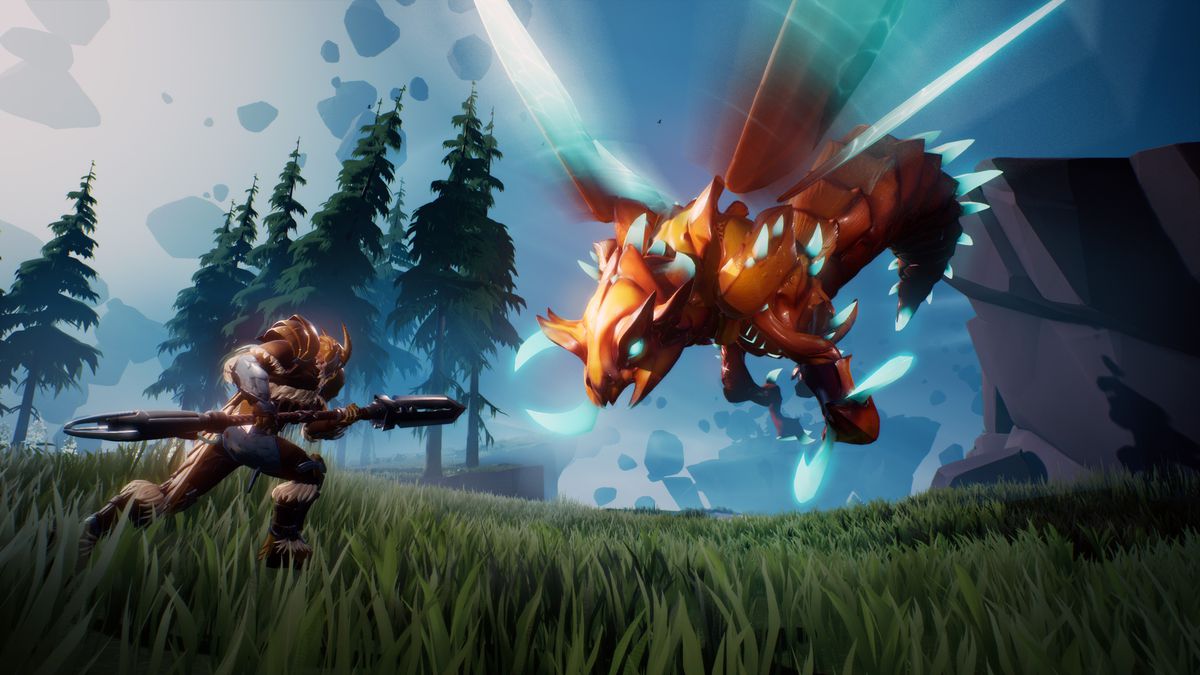 At the end of every hunt in Dauntless, you’ll get a letter grade for your performance. It seems to be based on how much damage you dealt to the Behemoth and how many times you died during the hunt. If you find yourself struggling, try a private hunt next time. When select a hunt, click on the Private Hunt button.

Going in alone gives you a lot of freedom and responsibility. It’s on you to find the Behemoth, and you alone can kill it. The monster’s focus is on you the entire fight, which makes any errors you make easy to spot. You also don’t have to worry about other players getting in your way, or the Behemoth chasing after them across the arena.

Going solo is hard, but it’s a great way to improve if you feel like you’re letting your team down.

Remember to restock your items

When you return from a hunt, you’ll restock your items if you have any in your inventory. But if you’re out, you may find yourself in another hunt without your favorite tools. Dauntless doesn’t require much preparation, but make sure you’ve built enough grenades and potions to fill your inventory before you head out.

The goal of every hunt is to kill the Behemoth, but you can’t do that if you’re dead. The dodge in Dauntless is very forgiving, and you can use it to cancel out of most attacks. If you feel like you’re going to get hit, rethink your strategy and dodge. It can be frustrating if you’re using a slow but heavy-hitting weapon like the axe or hammer, but your team will thank you for your restraint.

Failure in Dauntless isn’t common. The danger meter in the upper right corner of the screen ticks up every time a player goes down and needs a revive. If you hit 100% danger, players can’t revive allies, and you can only get back up if you have one of your three self-revives. If all players die with 100% danger, the hunt is over.

The only way to lower the danger level is to either kill the Behemoth and complete the hunt, or deal enough damage that the Behemoth runs away. If you go down early in a hunt, it’s best to save your self-revives — let a friend pick you up.

Play safe and try not to go down. You’ll even get better rewards for staying alive. 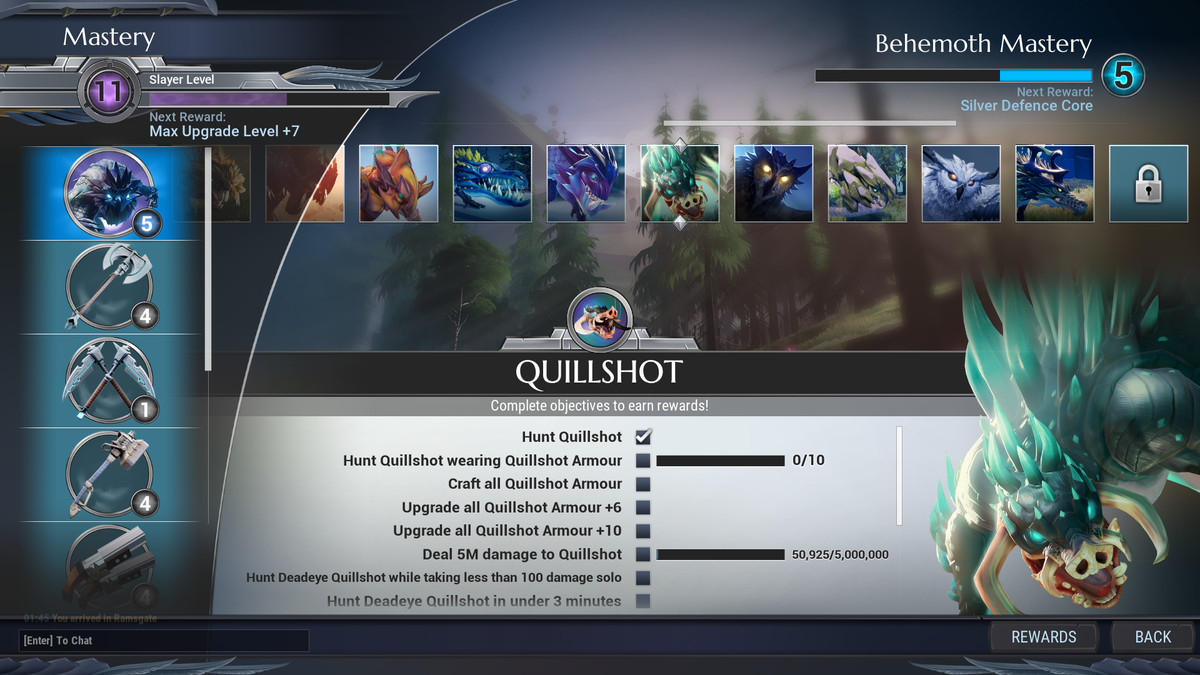 The Mastery screen for a Quillshot
Phoenix Labs via Polygon

There are plenty of Behemoths in Dauntless; you should try and kill them all. Even if you don’t have a quest to kill a specific Behemoth, you should take a moment and get to know them.

The Mastery system offers all kinds of rewards for doing certain tasks, and it helps you level up. You can increase your Mastery by killing certain Behemoths or using certain weapons. One of the easiest ways to earn Mastery points is slaying each unique Behemoth when you unlock them.

If you’ve had the Quillshot unlocked for a bit but haven’t gotten to hunt one yet, take a quick detour to earn some easy Mastery points.

Go Neutral and save some currency 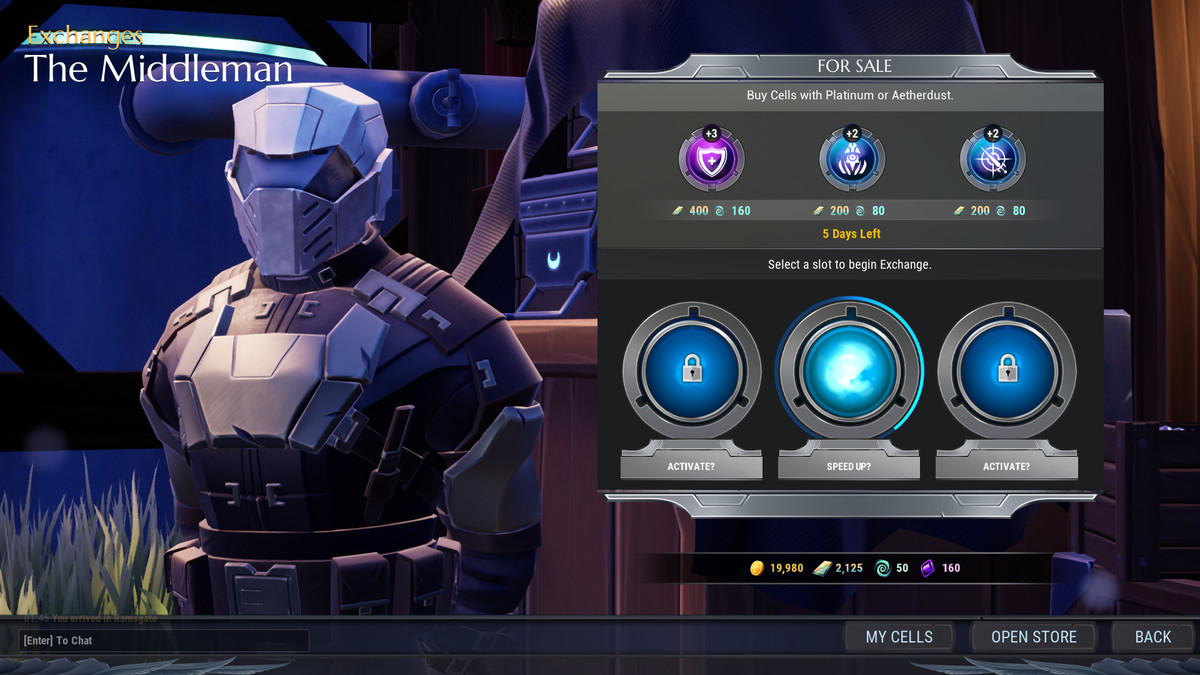 The Middleman
Phoenix Labs via Polygon

For the first 10 levels of Dauntless, you’ll encounter five different element types: Shock, Blaze, Frost, Terra, and Neutral. Different elements are better or worse at taking down different Behemoths, and the same is true for armor. But Neutral is neither good or bad at fighting any element type. It’s neutral.

At the start of the game, you’re low on Behemoth parts and currency — making it hard to build a lot of different armor and weapon sets. You’ll eventually get a quest to reach level 10 and equip some high-level weapons and armor. As tempting as it might be to specialize in an element early on, grind out Neutral orbs from Neutral Behemoth patrols first. You won’t have any advantage against Behemoths, but they won’t have any advantage against you either.

After you’ve hit level 10 and have a collection of parts, you can start to diversify your loadout. But like we suggested in the weapons section, don’t start upgrading things until you’re sure you like it. Otherwise you’ll create a lot of extra work for yourself by having to re-farm Behemoths you’ve already killed.

You’ll also come across Cells early on. You can use these to customize your weapons and give some bonus stats. Feel free to use them since you can swap them around later. However, there is a vendor in Ramsgate called The Middleman. He can help you create more powerful Cells to use. Save him and the currencies he uses — Ace Chips and Aetherdust — until later in the game.

After about eight hours, we haven’t needed him for anything.