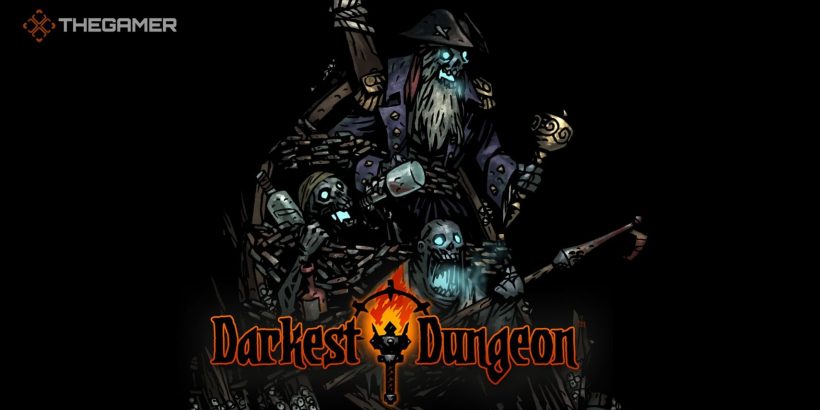 Darkest Dungeon will have you testing your courage and your sanity as you delve into the depths of your old family estate. The estate is split into various dungeons that are home to particular enemy types and bosses. One of the dungeon areas is the Cove, and it is here where you will find the Sunken Crew boss.

Like all bosses, the Sunken Crew has three different variants of differing difficulties, and its name changes to reflect that. For everything you need to know about how to defeat the Sunken Crew and the recommended party setup, we’ve got it all covered right here. 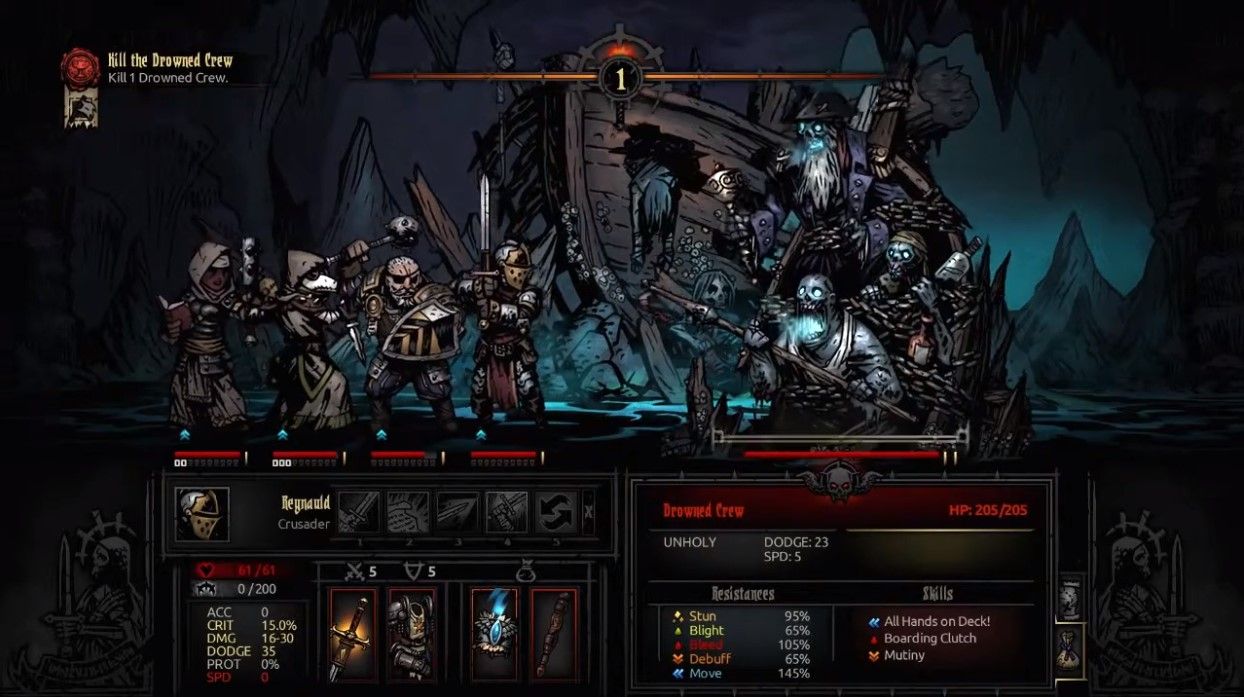 Make sure all of your party members are well-equipped and be sure to bring along enough provisions and torches as the boss fight is usually in the final room on the map. Trinkets that increase the chance of your heroes becoming virtuous are recommended, and we also advise bringing bandages.

When it comes to your party setup, we recommend using the following heroes:

The Sunken Crew is an Unholy enemy that takes up three positions.

The Sunken Crew will use “All Hands On Deck!” as its first move, which moves one of your heroes to position one and summons a Drowned Anchorman. This annoying add will then use “Heave to!” to anchor your first hero.

Your hero will automatically be released from the anchor status when their stress bar is completely filled or if you kill the Anchorman. The Sunken Crew will resummon the Anchorman after you have defeated it.

Should your hero be virtuous, they cannot be anchored. Equally, if they become virtuous after being chained, they will break the anchor. Whenever the Anchorman attempts to anchor a virtuous hero and fails, your party will experience stress relief. You can use trinkets that increase the chances of your heroes of becoming virtuous to try and achieve this outcome. 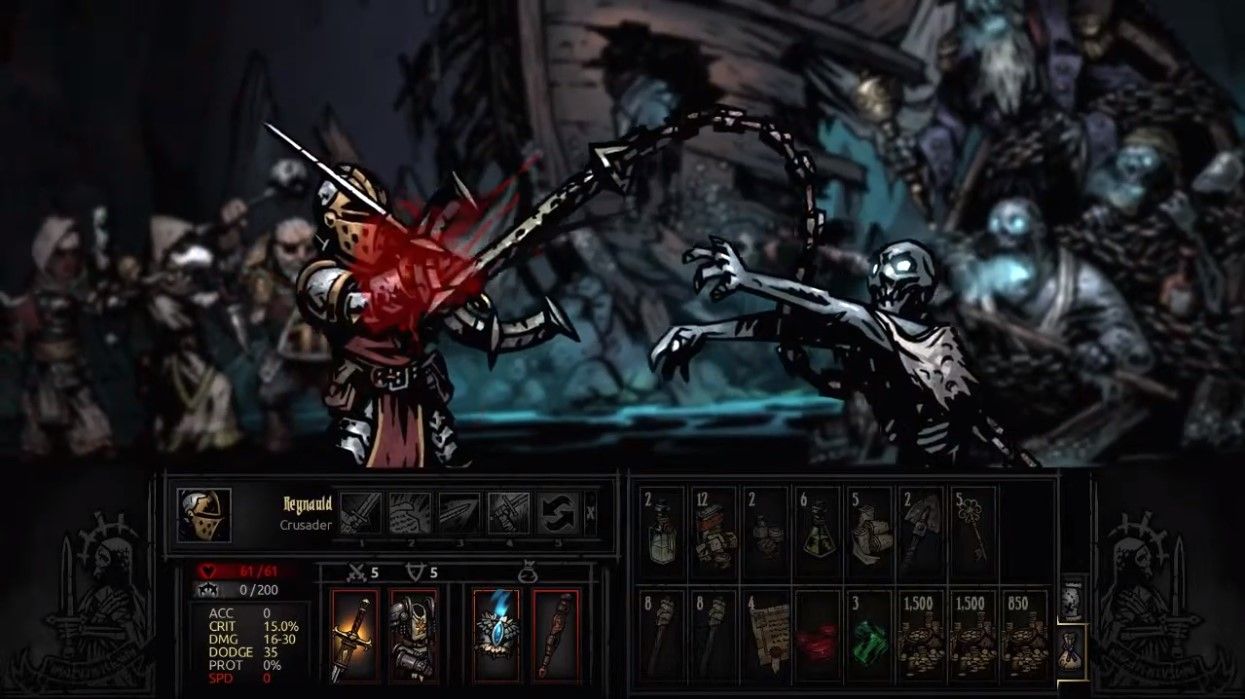 We recommend using a strong DPS hero capable of hitting the first two positions, this way they can take down the Anchorman while also dealing damage to the Sunken Crew. The Crusader is especially a good choice as he has a damage bonus against Undead enemies.

Chances are that you’re not going to have a virtuous hero in position one, so you’re going to have to deal with the fact that the Sunken Crew is regenerating health as the battle progresses, as well as having a decent buff. Your first priority is defeating the Anchorman, while your second priority is to maintain a decent damage output on the crew to stop them from regaining too much health.

The Sunken Crew is pretty resistant to Bleed, but Blight has a better chance of sticking. You can use someone like the Grave Robber or Plague Doctor to inflict Blight and help to keep the Sunken Crew’s HP in check.

As well as your anchored hero gaining stress, the Sunken Crew will use “Drink with the Dead” to increase the stress of your heroes. Bringing along someone like the Jester or the Man-at-Arms can help to reduce your stress levels (and to avoid a random death from high-stress levels).

The Sunken Crew can also debuff your team and inflict Bleed, so having a Vestal on hand as your healer is recommended, but some bandages will go a long way too.