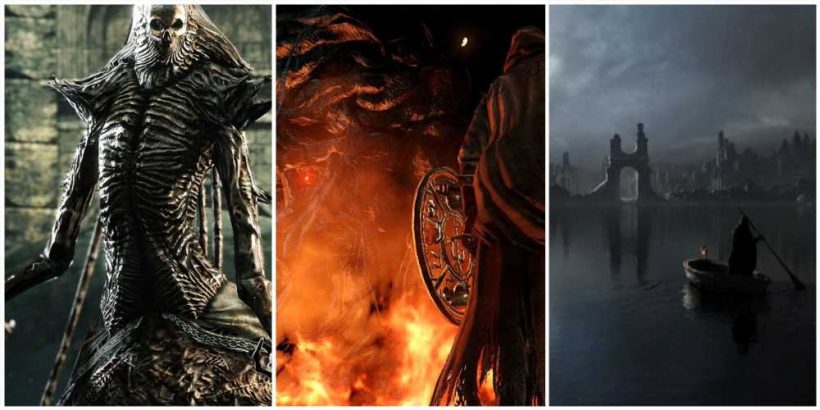 Dark Souls 2 might have the most confusing narrative of the trilogy, at least when taken at face value. The characters throughout Drangleic ensure that you'll be traveling to distant lands without any idea of why, and they're right. What exactly are you fighting for? Why are humans cursed? Did the original Dark Souls even happen?

Most of these questions rear their head around the end of the game. Dark Souls 2's endings seem to be anti-climatic considering the long journey you've been through, but that couldn't be any further from the truth. Dark Souls 2, more than any Souls title, makes the strongest arguments about the aspirations and pitfalls of humanity. Before we explain what these endings mean, it's important to understand what Dark Souls 2 is even about.

This article contains spoilers for the Dark Souls trilogy.

What Was Dark Souls 2 About, Anyway? 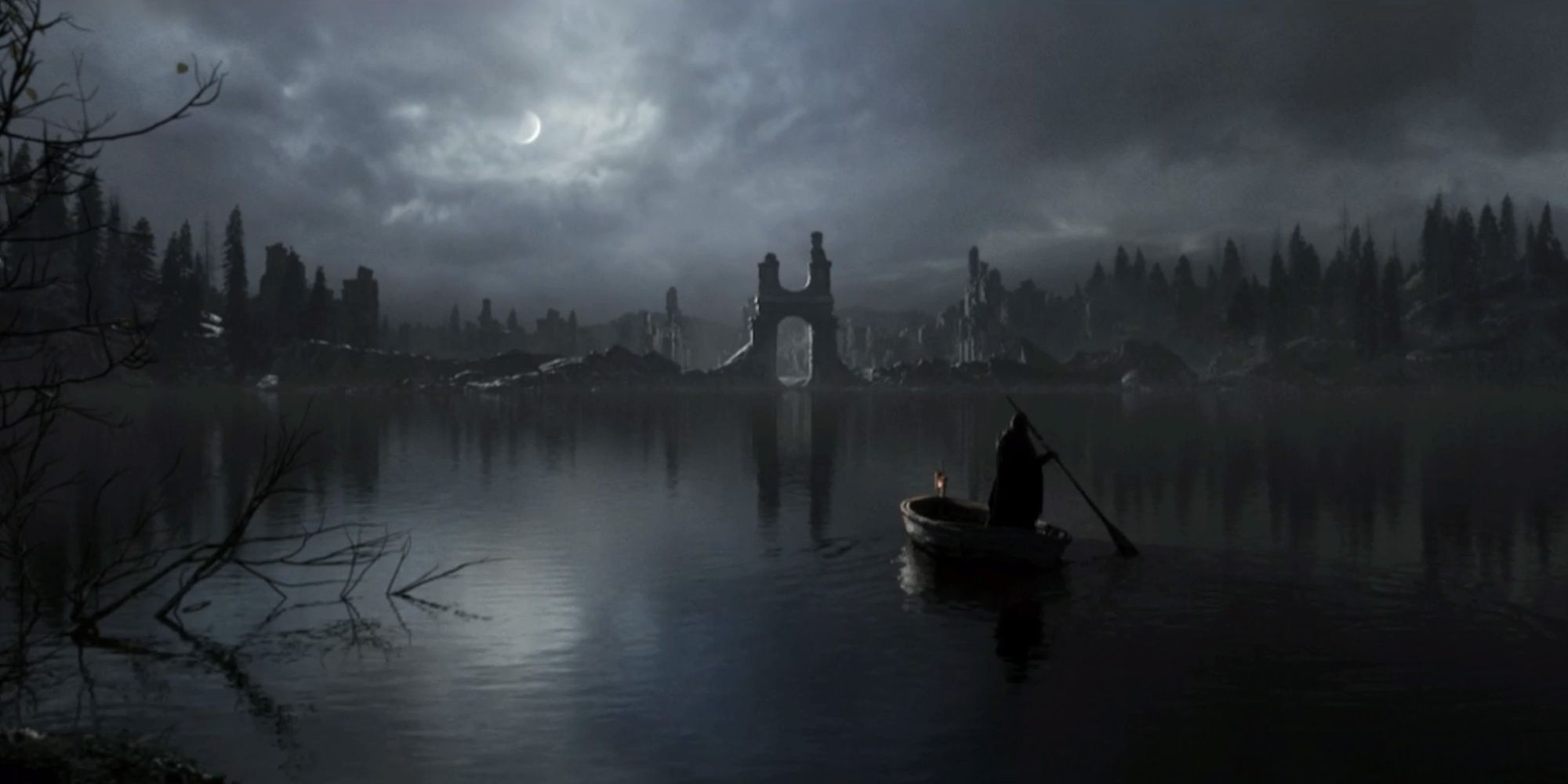 Dark Souls 2 has two key themes: finding purpose and the cycles of rekindling. The beginning of Dark Souls 2 plays a cutscene where a Firekeeper tells the protagonist—a cursed undead called the Bearer of the Curse—that they'll lose all sense of self and won't even care. In her own words:

But one day, you will stand before [Drangleic's] decrepit gate. Without really knowing why…

Drangleic Castle is your main destination for all of Dark Souls 2. It's supposedly where the cure for the Undead Curse can be found, allowing you to break free from the chains of your fate. Of course, anyone who's played Dark Souls 2 only remembers fighting some bosses, meeting a giant dragon, opening some gilded doors, then fighting some skeletal woman before sitting on a throne. You never find a cure. You probably don't even remember that there is a cure.

That forgetfulness, that apathy towards your goals, plays into the second theme of this game: cycles. Many NPCs and item descriptions explain that Drangleic is built upon the ruins of other kingdoms, their remains persisting only in ash and soot. All of these kingdoms were faced with the same dilemma of linking the fire or letting it fade. Gwyn, Lord of Cinder, initially sparked the Age of Fire in the original Dark Souls and helped slay the dragons that ruled the Age of Ancients. The reason for Gwyn doing this isn't perfectly clear, but many speculate that it was to give the husks of humanity a purpose, a way to remove their immortal, Hollow state.

Well, a candle that burns twice as bright lasts half as long. As we see in the original Dark Souls, Gwyn can't keep the fire going forever. A second person would need to slay Gwyn and take his place as the kindler of the flame. Alternatively, the fire could die out and begin the Age of Dark, a period where humanity rules and gods vanish. This dilemma is resolved by the Chosen Undead at the end of the original Dark Souls, and its ramifications… can't really be felt in Dark Souls 2.

That's because humanity realized that this entire cycle repeats, and the decision it makes doesn't mean anything. Rekindling the fire does extend the Age of Fire, but only just. Someone will need to sacrifice themself to keep the cycle going, and for what benefit? People would still Hollow, and gods would still rule. And as the Age of Ancients demonstrated, an Age of Dark could be ended through the will of one person, starting another Age of Fire. Light, Dark, it doesn't matter. There is only one constant: change. Why bother caring about these cycles when your input doesn't result in any real difference? Coupled with the dementia-like effects of the Undead Curse, and you have a kingdom that is apathetic about its own existence. 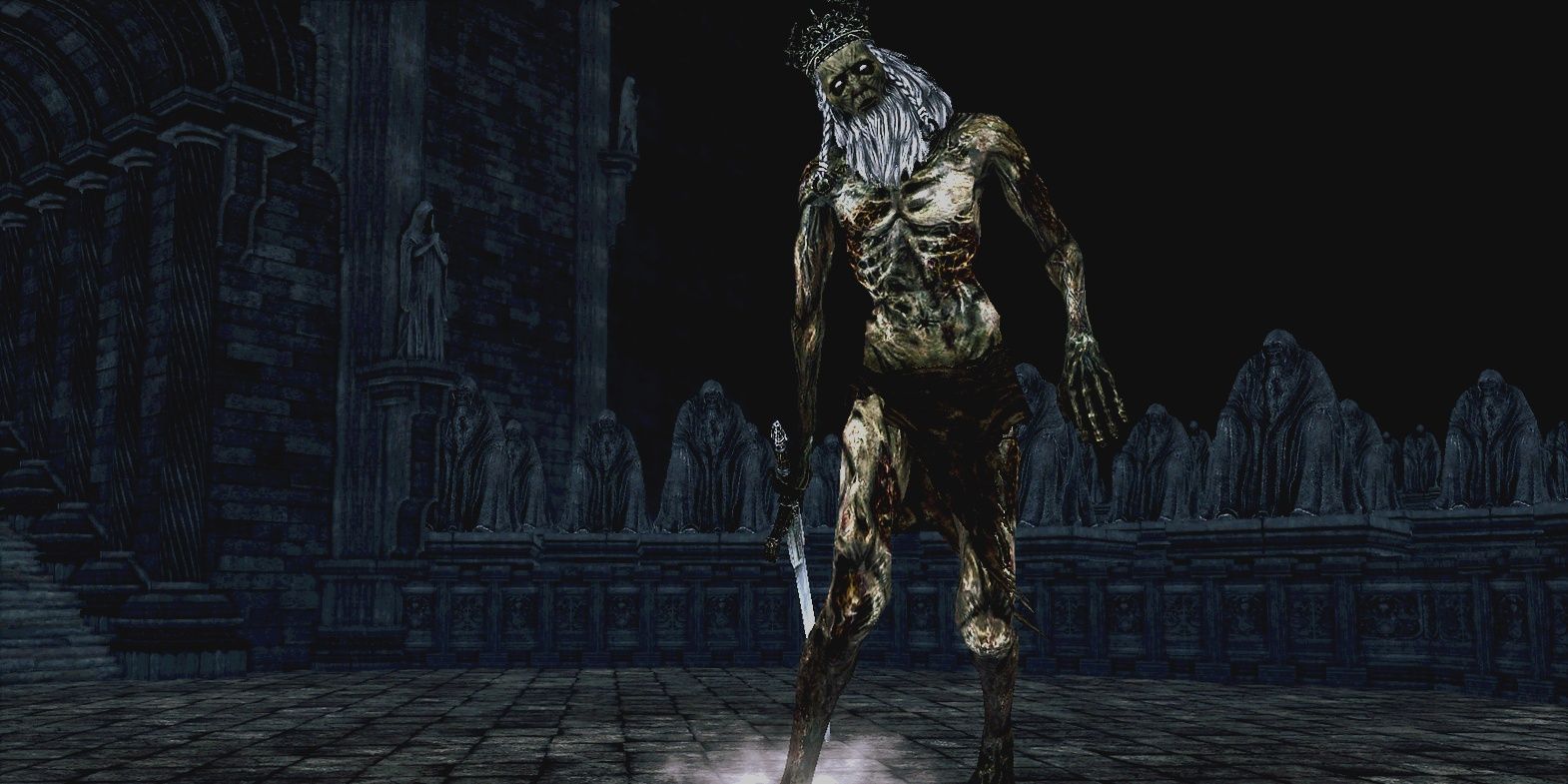 These themes are conveyed in Dark Souls 2 through its supporting characters – mainly Vendrick, Nashandra, and Aldia. That conundrum every kingdom faces, linking the fire or letting it die, was also experienced by Drangleic.

According to Chancellor Wellager, an NPC in Drangleic Castle, King Vendrick founded Drangleic with the Souls of the Old Ones – the Lord Souls from the first Dark Souls. That power made his kingdom strong, attracting the attention of a woman named Nashandra. She is a fragment of Manus, one of the bosses in the first Dark Souls. Nashandra only cares for power, so she attempts to manipulate Vendrick by morphing herself into a human. 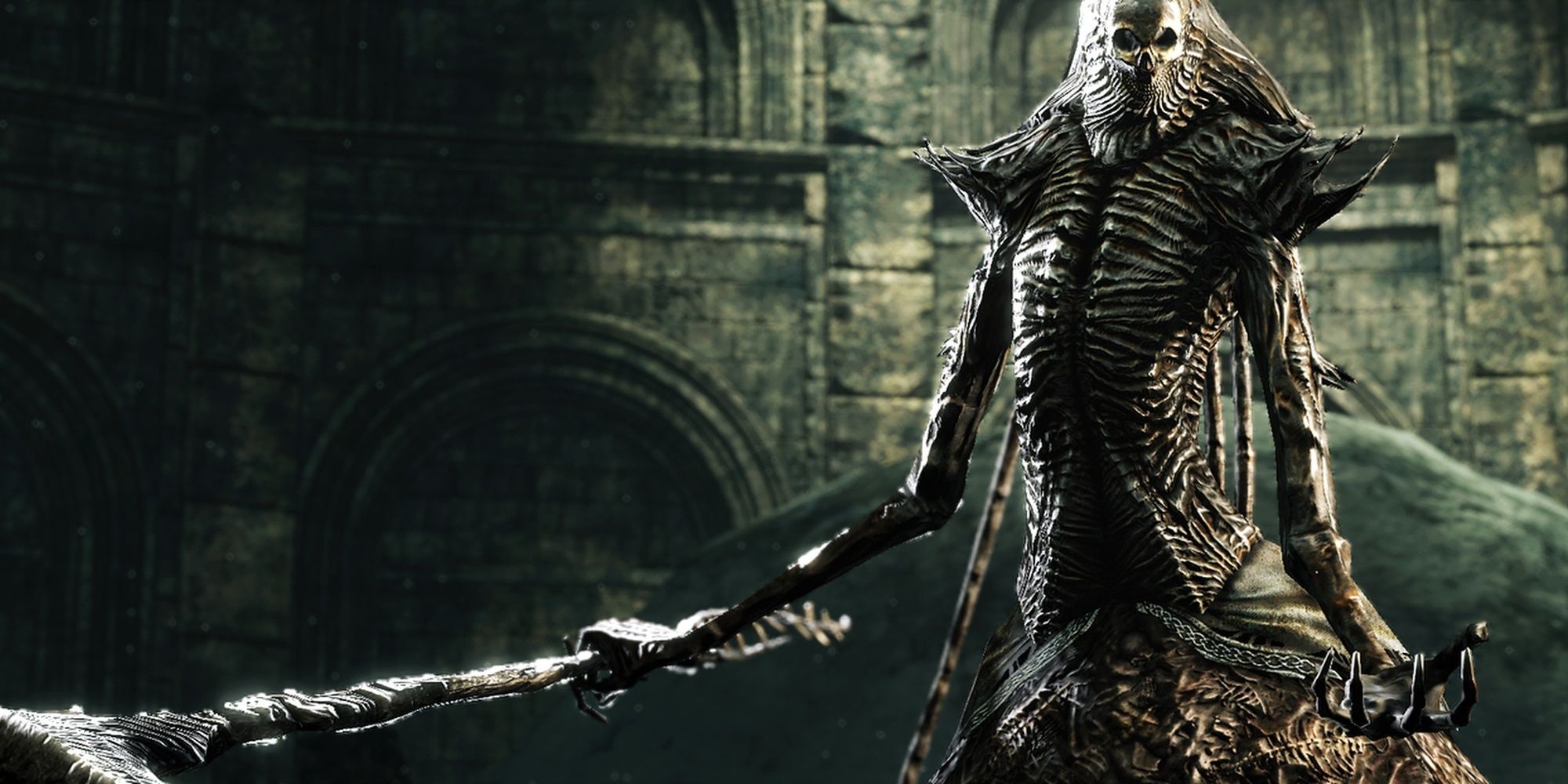 She tells Vendrick of a civilization of Giants across the sea that could destroy his peaceful kingdom. Vendrick heeds her warning and crosses the seas to slay the Giants. Some were captured to help Vendrick create Golems that would further improve his kingdom. Nashandra would be made queen shortly thereafter, sitting alongside Vendrick as the ruler of Drangleic.

Well, the Giants eventually retaliated. They made their way to Drangleic and killed thousands of Vendrick's people. Thanks to the Bearer of the Curse utilizing time travel to kill the Giant Lord, Drangleic did win the second war by the skin of their teeth. This victory would normally be an accomplishment, but this war also came with the Undead Curse. Drangleic's people were starting to become Hollow, and Vendrick had no idea why. While searching for answers, Vendrick discovers that Nashandra is a power-hungry creature of the Dark. He becomes cursed. 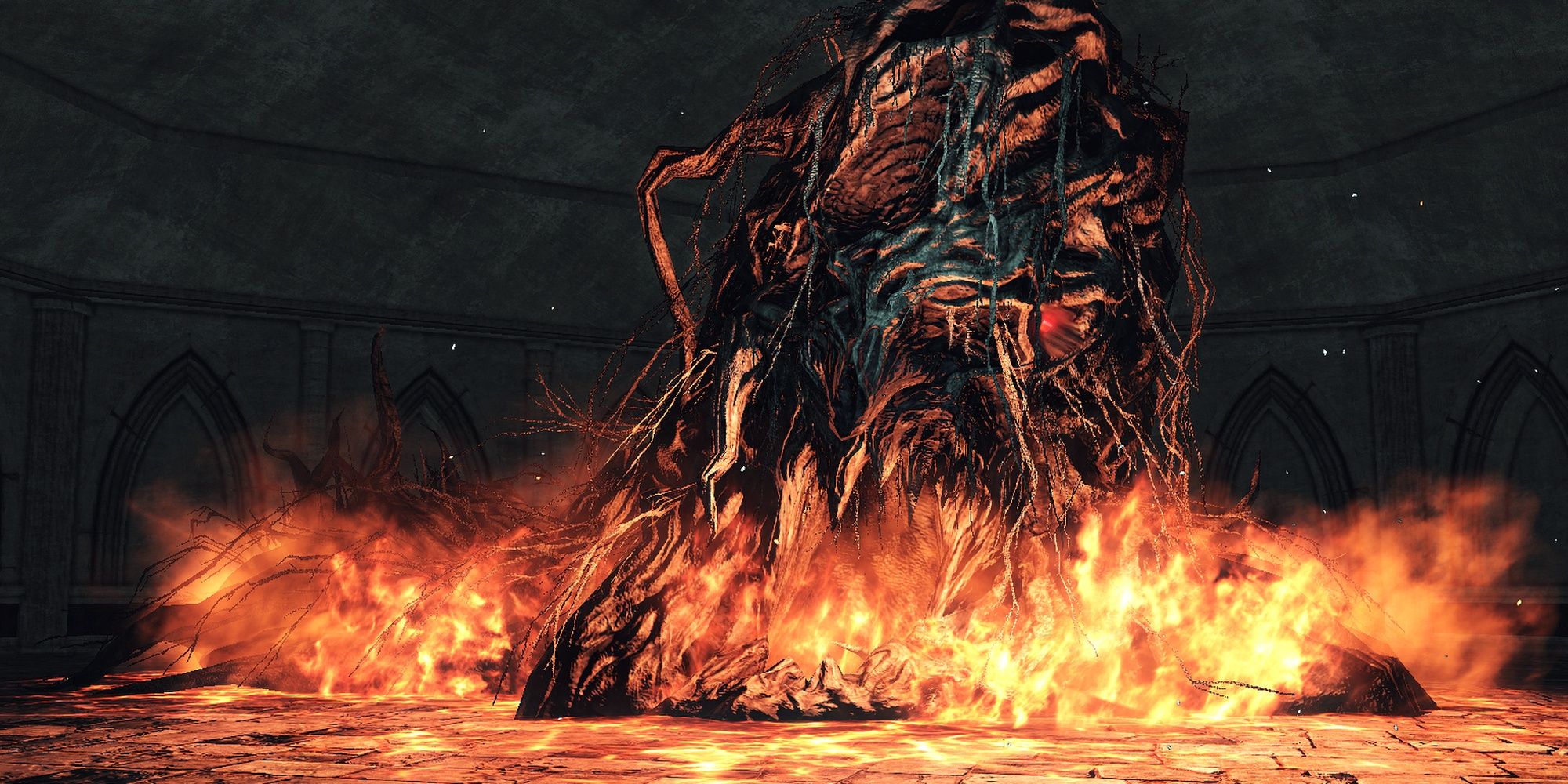 Aldia, Vendrick's older brother, realizes that linking the fire or letting it die will only start another cycle. Both Aldia and Vendrick look for a third way to cure the Undead Curse. Vendrick runs out of time before he can create a solution, and Aldia's obsession with experiments mutated his own body into an incomprehensible mass of branches and flame.

To prevent Nashandra from claiming the throne, Vendrick set obstacles in her path that would prevent her from opening the kiln under Drangleic. He took the Old Souls used to create Drangleic and hid them across the province, placing them in locations Nashandra and her kind couldn't reach. Vendrick descends into the Undead Crypt with his bodyguard, Velstadt, waiting for the hollowing to complete. Nashandra would be a queen of nothing.

This is the real goal of Dark Souls 2: finding a solution to the cycles of flame, a solution to humanity's purpose. Do you let Drangleic fall into obscurity for another kingdom to rise, or do you go your own path to find a solution? That decision is left in the form of two endings, one of which is somewhat hidden. 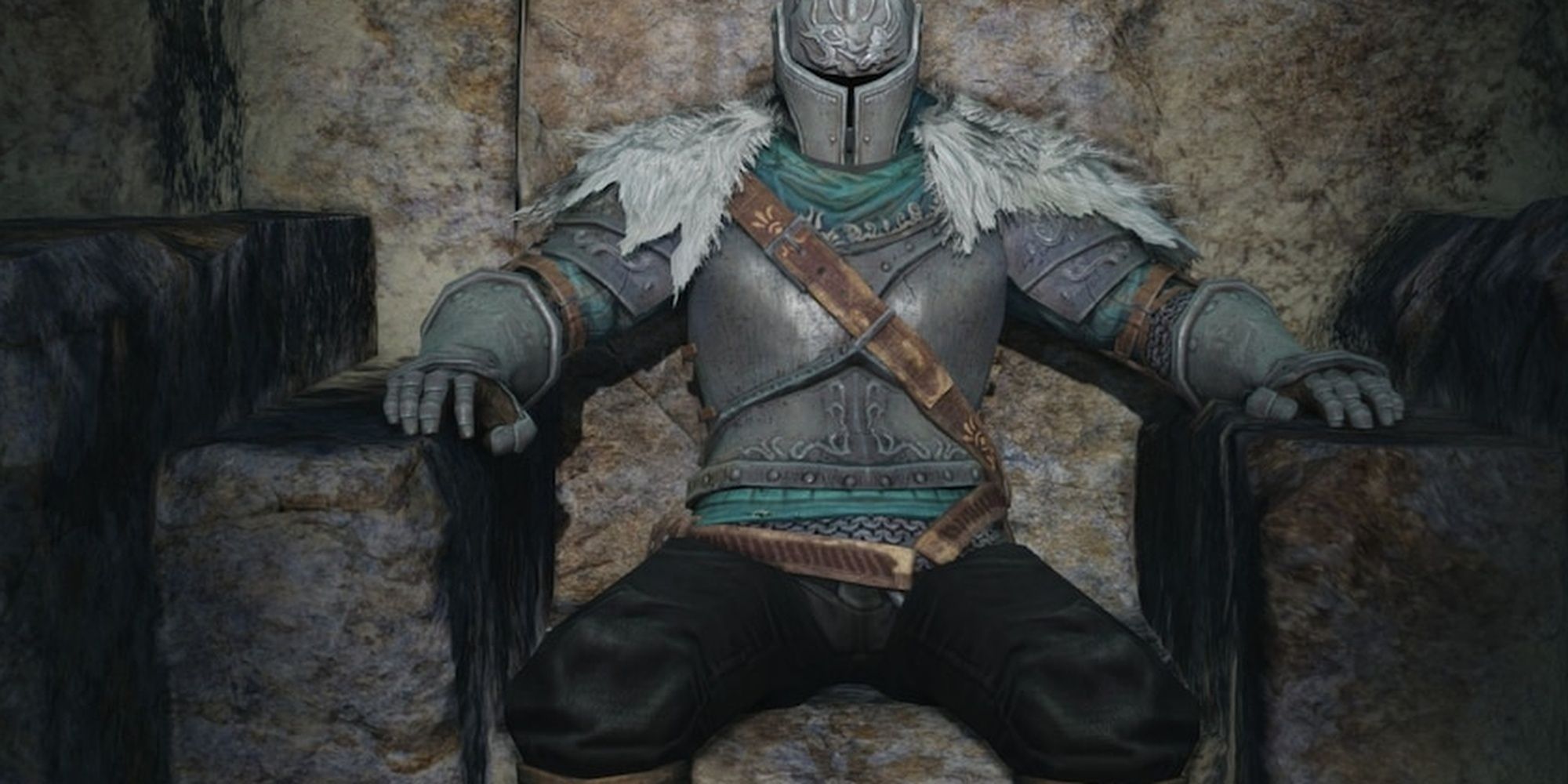 After you defeat the Throne Watcher and Defender, Nashandra reveals herself to be a creature of the Dark. You've done all of the heavy lifting for her, grabbing all of the Souls she needs to become unfathomably strong. Nashandra attempts to kill you, but the player succeeds.

A path to the throne is created from dozens of Golems. The Bearer of the Curse can now rule Drangleic. And just like the first Dark Souls, this throne is inside a kiln where, presumably, Vendrick founded his kingdom. The Emerald Herald mentions that linking the flame or letting it die is up to you, two options that seem diametrically opposed to each other.

Well, as we explained earlier, both options will inevitably create a new cycle of linking the fire. That specific decision you make doesn't matter. What matters is you can now make that choice. Vendrick never made a choice because he was so obsessed with a better alternative, something that might not even exist. He was supposed to be the one that kindled the flame, as explained in the Soul of the King's description:

Use the soul of he who would link the flame to acquire numerous souls, or to create something of great worth.

Yet he never did. His potential rotted away as his hollowing became worse, damning his kingdom to the same fate. Whichever decision you make was your decision, instilling a purpose in you that the kingdom desperately needs. Perhaps the decision will let Drangleic die peacefully before it becomes forgotten in the cycles of flame. 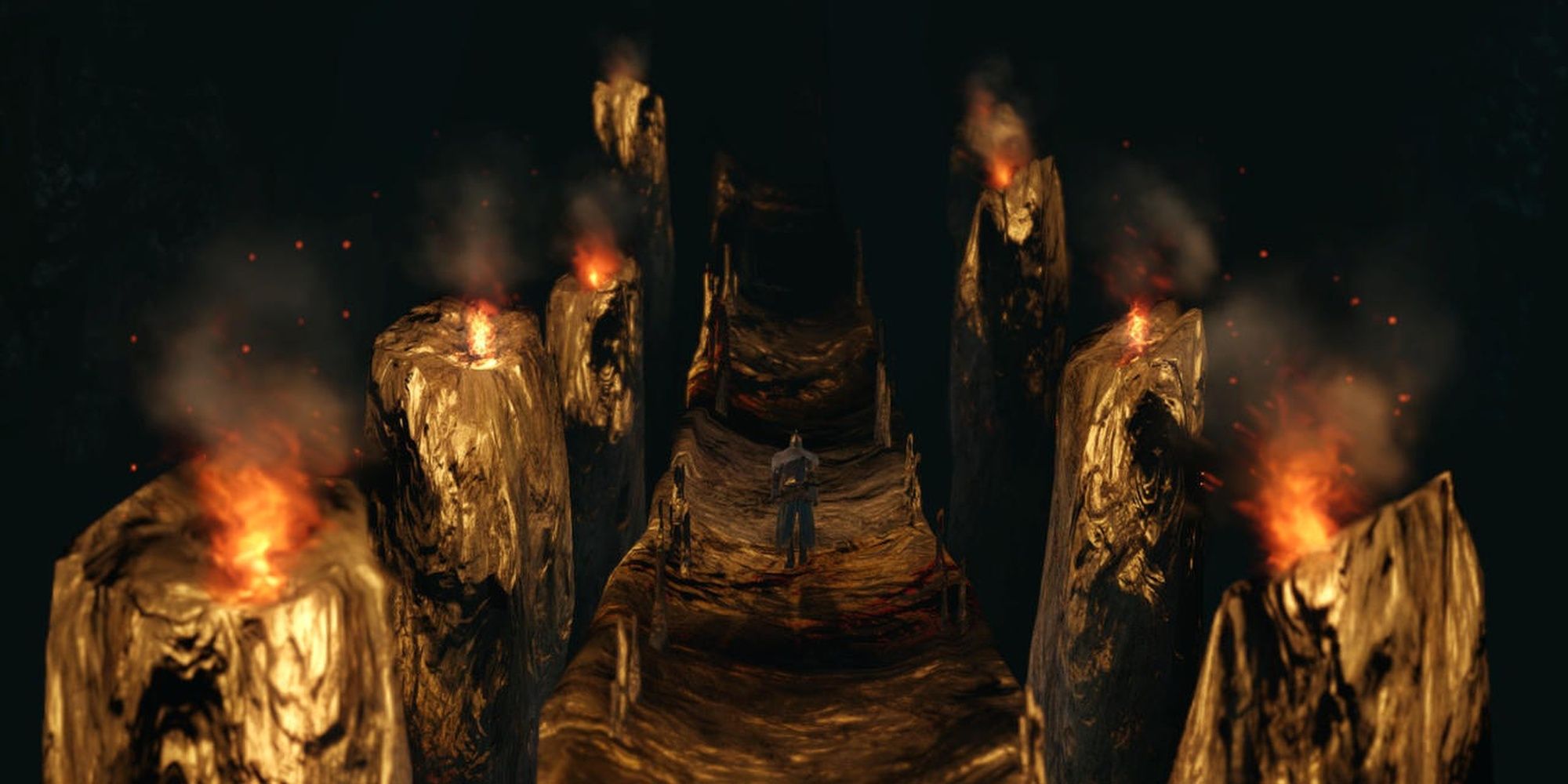 Dark Souls 2's second ending is unlocked after defeating Vendrick in the Undead Crypt and by speaking to Aldia multiple times throughout your playthrough. After defeating Nashandra, Aldia will appear with a curious line of dialogue:

Many monarchs have come and gone.

One drowned in poison, another succumbed to flame.

Still another slumbers in a realm of ice.

Not one of them stood here, as you do now.

You, conqueror of adversities.

Give us your answer.

Defeating Aldia will unlock the ability to abandon the Throne of Want entirely, allowing you to reject the Age of Fire or Dark entirely and walk a new path. That alone seems futile since the Bearer of the Curse would simply turn Hollow, but it's the monarchs Aldia mentions that make this ending much more interesting.

The monarchs Aldia mentions are the other kingdoms tied to Dark Souls 2's DLCs. Each kingdom contains a crown of immense power, worn by the kingdom's ruler. If you combine the King's Crown with the other three crowns from the DLC, they merge into one crown that negates the hollowing of the Undead Curse. This has been your goal since Dark Souls 2 began, and you've finally achieved it.

With the complete crown, you can now defy your fate. The Undead Curse can no longer strong-arm you into a decision, unlike every other person who's come before you. Should you deem the cycle meaningless, you can choose to clean your hands of the whole ordeal and create your own purpose.

Alternatively, this gives you as much time as needed to find a third alternative that Vendrick and Aldia were desperately searching for to break the cycle and give humanity true meaning. Perhaps this is why Dark Souls 3's setting is the amalgamation of many lands coming together; maybe the Bearer of the Curse found a way to merge every kingdom together. 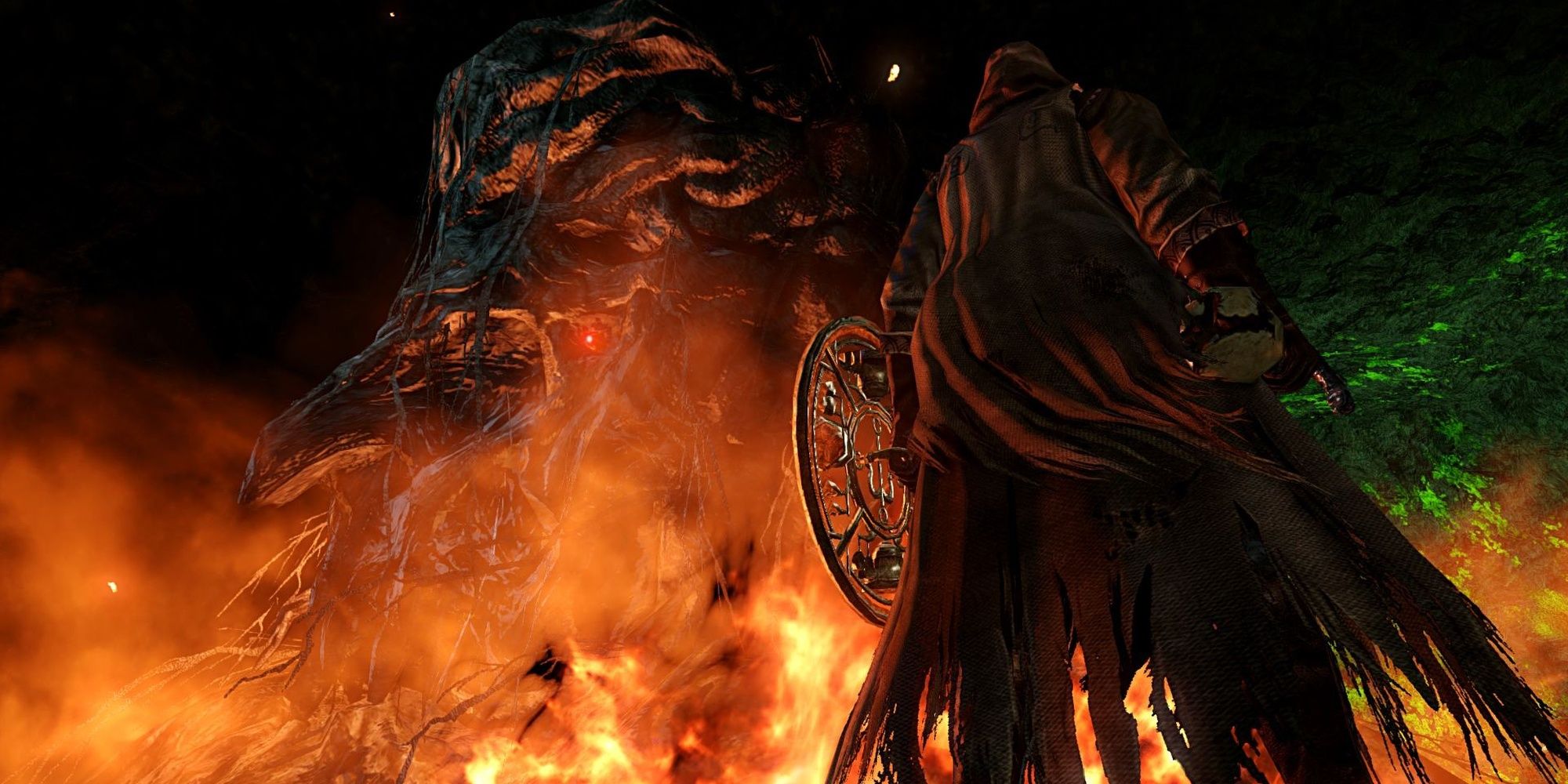 Regardless of the player's motivation, what matters is that they have a purpose. Instead of following in the footsteps of those that came before, you defy fate itself to carve your own path. The Bearer of the Curse tunes into their human nature and attempts to find meaning in a world that feels devoid of purpose. And just like how Gwyn sparked the first Age of Fire, maybe this new path will spark the beginning of a new era, one that could learn from the mistakes of past generations. Aldia says it best during the ending cutscene:

There is no path.

Beyond the scope of light, beyond the reach of Dark…

…what could possibly await us?

And yet, we seek it, insatiably…

Such is our fate.