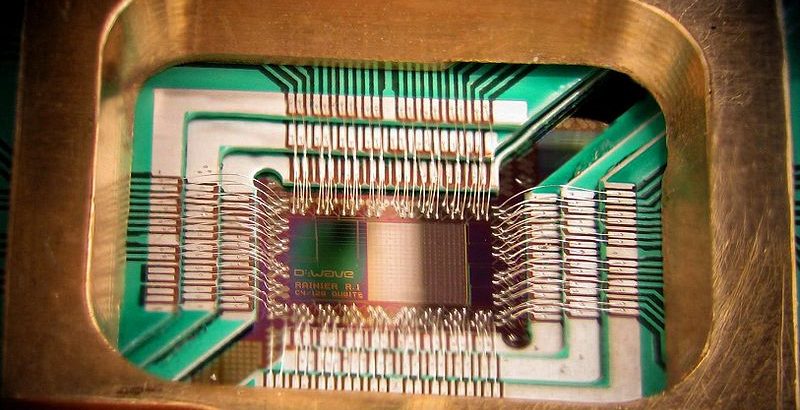 Recent advances in quantum computing show progress, but not enough to live up to years of hyperbole. An emerging view suggests the much-publicized quest for more quantum qubits and quantum supremacy may be overshadowed by a more sensible quest to make practical use of the qubits we have now.

D-Wave’s embrace of gates is notable. To date, the company focuses solely on quantum annealing processors. Using this probabilistic approach, it has achieved superconducting qubit processor counts that it claims outpaces most others. Its latest Advantage system boasts 5,000 qubits. That’s well ahead of the 127-qubit device IBM reported in November.

There is an important caveat, as followers of the quantum business know. D-Wave’s annealing qubits don’t have the general quantum qualities that competitive quantum gate-model systems have, and the degree of processing speed-up they provide has been questioned.

Questions arise despite placing its systems in research labs at Google, NASA, Los Alamos National Laboratory, and elsewhere. D-Wave’s qubit counts have been faulted by critics for specializing in a purpose-built approach aimed at a certain class of optimization problems.

Bring on the NISQ

Still, the company has a leg-up with its experience compared to most competitors, having fabricated and programmed superconducting parts since at least 2011.

For that matter, the gate-model quantum computing crew’s benchmarks have come under attack, too, and its battles with scaling and quantum error (or “noise”) correction have spawned the term “noisy intermediate-scale quantum” (or “NISQ”) to describe the present era, where users have to begin to do what they can with whatever working qubits they have.

While it will continue to work on its annealing-specific quantum variety, D-Wave has joined a gate-model quantum competition where there appears plenty of room for growth. According to Statistica, the revenues for global quantum computing in 2020 equaled $412 million, but is predicted to jump to  $8.6 billion in 2027.

As it moves to broaden its product mix, D-Wave hopes to boost its current system sales and availability too. News of its roadmap was followed by the word that NEC Corp. would become the first global reseller of D-Wave’s Leap quantum cloud service. D-Wave also launched a Quantum QuickStart kit that echoes competitors’ efforts to open-up quantum programming to everyday Python developers via the cloud.

The original decision on quantum annealing has proven itself, said Mark Johnson, vice president for quantum technology and systems products at D-Wave. He cited the use of D-Wave systems in solving optimization scheduling and routing problems while discussing D-Wave’s new roadmap with Venture Beat.

Johnson said the practical potential of quantum annealing was among the factors that led him to join the company in the early 2000s, after work on superconducting circuits at defense contractor TRW (now part of Northrop Grumman).

“Today, it’s the most effective sort of quantum technology for solving problems. There is a natural error tolerance to quantum annealing,” he said. Still, competitive gate-level advances continue.

“We’re now learning just in the last three or four years, from a growing body of published theoretical work, that it is unlikely quantum annealing is always going to be better than gate models at optimization problems,” Johnson said.

That said, error correction is clearly a concern. But, Johnson suggests this is a good time to join the quest to solve that as an industry. “We will all figure out together how to go beyond that,” he said. That is, while still pursuing annealing advances.

“Our bread and butter is going to continue to be quantum annealing, but we are adding another product line,” he said. D-Wave is also at work on quantum-classical hybrid solvers for optimization, he noted, to combine classical enterprise computing with quantum resources.

D-Wave’s expansion to include gate models is a natural progression for a company that “cut its teeth on annealing architecture,” according to Bob Sorensen, senior vice president, and chief analyst for quantum computing at Hyperion Research.

“The company has good skills in building cryogenically cooled technology usable for quantum computing applications,” he said. “In the transition to a gate-model architecture — although it’s not trivial —  they bring a lot of smarts to the table.”

At the same time, the ongoing movement that sees quantum processing becoming a part of established computing stacks is the important one to watch, Sorensen said. It’s not unfair to call this a hybrid approach, he said.

“Parts of a job might be done on the one system, go over to the other, and then come together – iterating between the classical and the quantum system to take advantage of the performance capabilities of both,” Sorensen said.

Likely, he said, quantum computing will offer benefits for workloads in specific applications. As such, quantum processors in hybrid quantum-classical combos will resemble the GPU in the role it’s assumed for AI in datacenters; that is: as an auxiliary processor.

“Think of it as an accelerator for specific advanced computing workloads,” he said.

Effectively handling workloads is more important than reaching a 1,000 qubit gate-model level, or proving quantum supremacy versus classical computing. Instead, what is important for vendors, “is demonstrating the fact that you can solve end-user problems effectively,” Sorensen said.