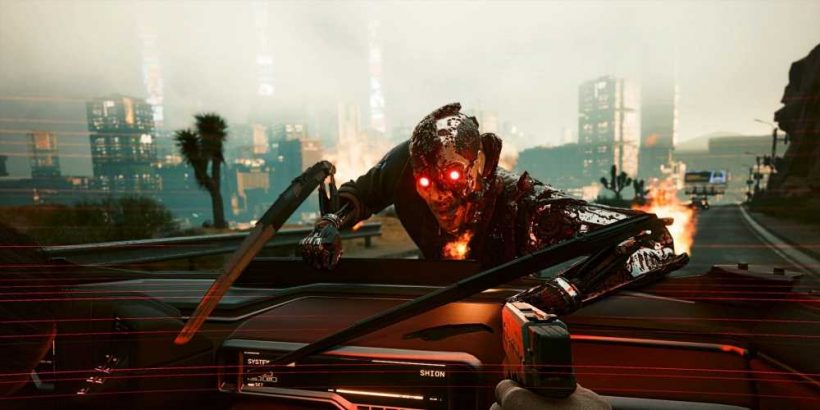 It has been well over a year since Cyberpunk 2077 launched, and almost an entire decade since CD Projekt Red first started teasing its arrival. Hard to believe, and the over-arching reason why when it did finally arrive at the end of 2020, it simply couldn't live up to the hype. In fact, Cyberpunk didn't even come close to living up to the hype as even after eight years, it still wasn't finished.

Another big issue some of those who had been waiting years for the game's arrival people had with Cyberpunk is how different it looked from what had been teased. In 2018, an early, or perhaps that should be late, trailer for the game showed a working metro system. Fast-forward two years, and a working subway of any description, other than a handful of points you can use to fast travel, was nowhere to be seen.

A clip lifted from that four-year-old trailer and shared by someone who has labeled themselves CDPR_AdamBadowski on YouTube shows the build and bare bones of what would have been Cyberpunk's subway system. Further evidence that at one point, there were plans to have an easy and convenient way to travel around Night City. Somewhere along the way, those plans were scrapped.

Although it would have been an extremely cool addition to the game, it's probably for the best that at some point between 2018 and launch, CDPR decided to cut it. A metro system on top of everything else the team had to try and have ready for Cyberpunk's arrival would have left the game even more broken than it was in 2020. Now here we are, more than a year later, and CDPR is still trying to fix the problems it had at launch. FYI, it has also been confirmed that there are currently no plans to ever add a working subway system to the game.

CDPR continues to fix and update Cyberpunk, but it has also revealed what its next big project is going to be. The reveal of a new Witcher logo submerged in snow sent social media into a frenzy last month. One that prompted CDPR to point out that it had not announced The Witcher 4. Until it clarifies what exactly its new Witcher project is going to be, that's what we will collectively be referring to it as.