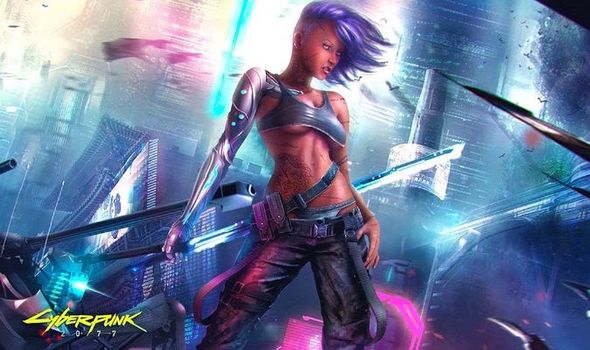 Cyberpunk 2077 fans may have been given the release date news they’ve been waiting for.

A new leak suggests that Cyberpunk 2077 will have a 2019 release date, after all.

Describing Cyberpunk 2077, the post said: “An ambitious open-world game, Territory came on board Cyberpunk 2077 to support brand and marketing with a logo ident and graphics package.

“Working closely with CD Projekt, we referenced a retro punk aesthetic that alludes to the attitude and energy of the game.

With Cyberpunk 2077 developer CD Projekt Red confirming that the game will appear at this year’s E3 Gaming Expo, it’s possible we’ll find out more then.

The news comes after Lady Gaga was tipped to appear in Cyberpunk 2077.

According to a source close to the website, the Poker Face singer visited the studio to perform motion capture for the upcoming game.

CD Projekt has added fuel to the reports by replying to a tweet from Lady Gaga. You can see the Twitter exchange for yourself below.

CD Projekt is yet to officially confirm the collaboration, so it’s worth taking with a pinch of salt for the time being.

To celebrate the studio’s 2077th tweet, CD Projekt decided to go off brand and thank fans ahead of the Cyberpunk release date.

“This is our 2077th tweet and we think you’d agree that it’s too awesome of a number for us not to send you guys a special message!” reads the CD Projekt tweet.

“Normally we’d be in character, sending you funny gifs or pics of cybercats, but this time around, we wanted to say something off brand.

“Staying directly in touch means we can better understand who you are and what you like about video games (including this particular one). This, in turn, enables us to talk with the dev team (which also read this account daily), so they have a good picture of what you expect.”

The message contained very little in the way of new information, although the studio confirmed that Cyberpunk would be a very big game when it launches.