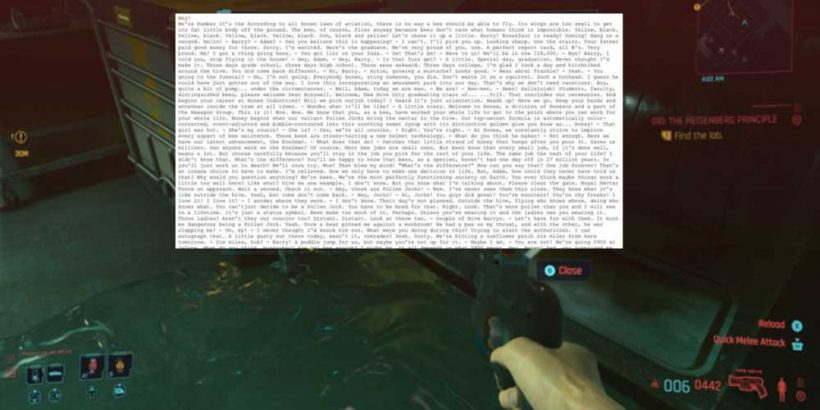 CD Projekt Red’s Cyberpunk 2077 has seen its fair share of mods with many of the changes made to the game adding missing features or enhancing certain aspects of gameplay, today's featured mod doesn’t do any of that. Instead, it replaces all the lootable shard text in the game with copypasta…yes, I said copypasta.

To understand what this mod does, you will need to know what exactly copypasta is. For the uninitiated, copypasta is a term given to a block of text that has been copied and pasted (hence the name) repeatedly across social media and the like. The blocks of text serve no real purpose except to annoy others and disrupt forums and threads. Some notable copypastas include the “Navy Seal”, “Bee Movie, and “A Drive Into Deep Left Field By Castellanos”.

Caught up? Good. Now someone, specifically NexusGuy999 over on Nexus Mods, has decided to upload a ton of randomly generated copypasta into Cyberpunk 2077. Players who grab one of the lootable shard containers in the game will be rewarded with a bunch of copypastas, more than 111 hand-picked chunks of text to be exact. Users can even add their own text to the game using the “pasta maker” included with the mod. 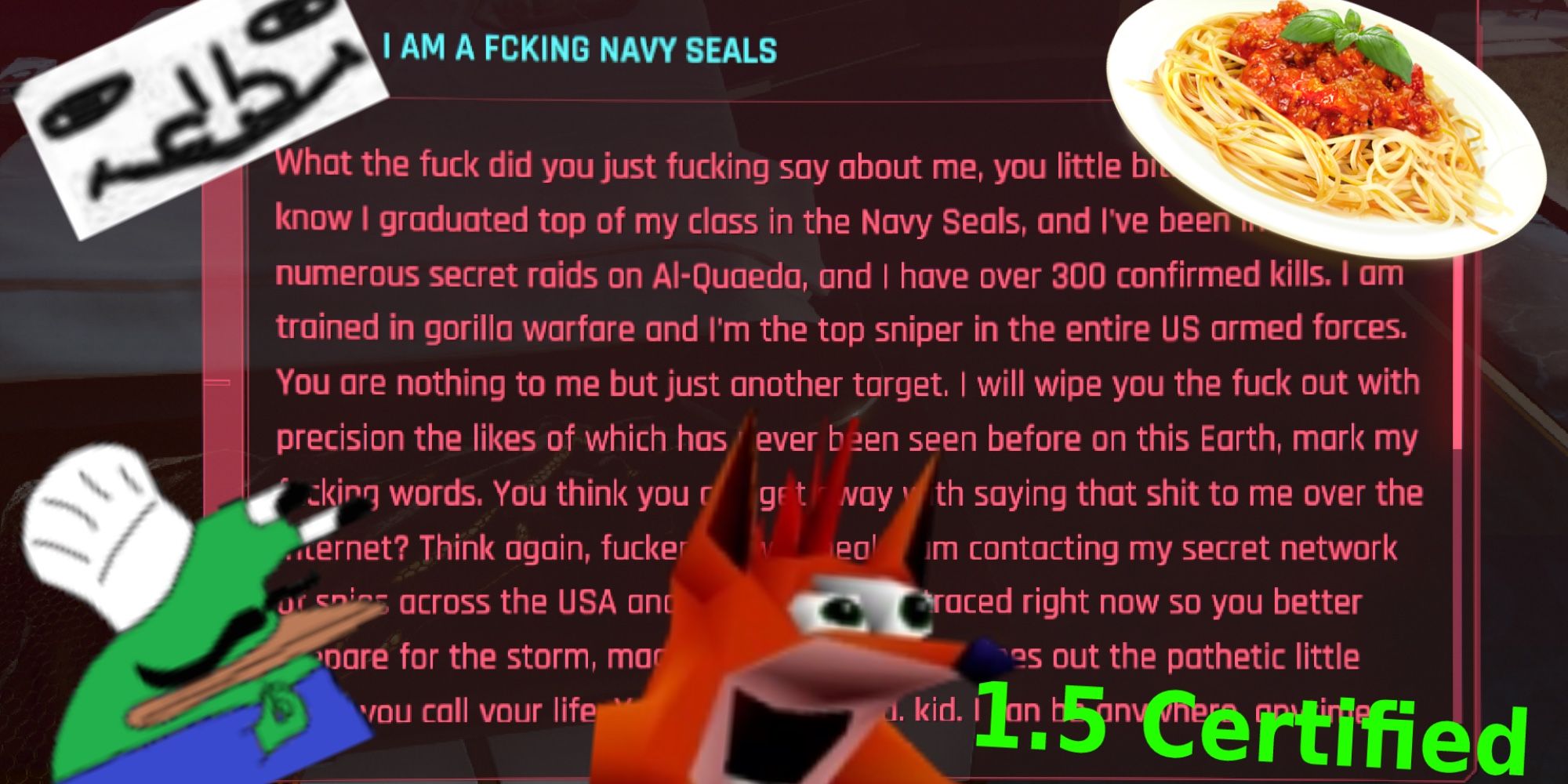 While this mod feels more farce than functional, the response to it has been positive. Commenters on Nexus Mods praise NexusGuy999 for making the “best Cyberpunk 2077 mod”. However, most of the commenters also note that they will not be uploading the mod into their game. One comment praises NexusGuy999 for the mod, but then remarks they will not be installing the mod because they are not a “clown”.

Of course, if large blocks of text are just not your thing, there are plenty of other Cyberpunk mods to enjoy. One such mod allows players to play games on the arcade cabinets found scattered throughout Night City. Another adds DualSense adaptive trigger support for the PC version of the game. A small addition, but one that makes a big difference.

Clearly, if you can think of it there is a good chance that someone has modded it into a game. After all, who would’ve thought you could read the entire script for the Bee movie by grabbing loot in Cyberpunk? Certainly not me.