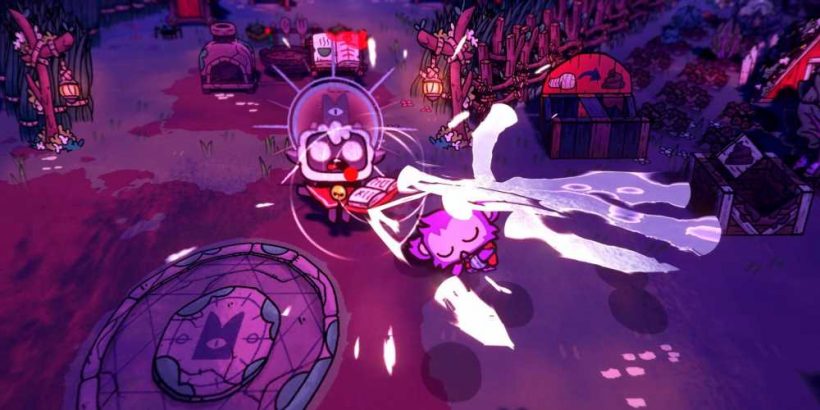 Cult of the Lamb was one of the many indie hits that came out this year, and although it didn’t take The Game Awards’ Indie Game of the Year as many had hoped, it’s still an absolutely phenomenal title worthy of your undying devotion. Emphasis on the undying part.

Part of the reason why Cult of the Lamb deserves your love is because developer Massive Monster is supporting their little cult simulator with free content updates. Last October brought the Blood Moon Festival, adding new rituals, new followers, and new decorations, and also warned us to expect a major content drop in 2023 that will "focus on combat and expanding dungeon gameplay." Today, Massive Monster returns with the first teaser of just what we can expect from the combat-focused update.

Heavy attacks are about to become a thing when the first major content drop of 2023 arrives. These heavy attacks att additional ranged options, with swords getting a chargeable slam attack, the ability to throw multiple daggers in a straight line, and being able to toss axes like a boomerang so they deal damage both coming and going.

In addition to the heavy attacks, Massive Monster promises more "depth, difficulty, accessibility, and quality of life," with the teaser previewing some changes to Cult of the Lamb's boss fights. Barbatos seems even creepier than before, with ghostly faces on its claws and pustules and fighting alongside a burrower enemy. It might even have a new second form that drop a new follower after being defeated.

We know that the first update of 2023 will be dedicated to bug fixes, and after that will come the major content update. In the meantime, you can grab Cult of the Lamb for 25 percent off on Steam's Winter Sale, and follow the game on Twitch to receive the penguin and lion follower forms as a Twitch drop until January 5.