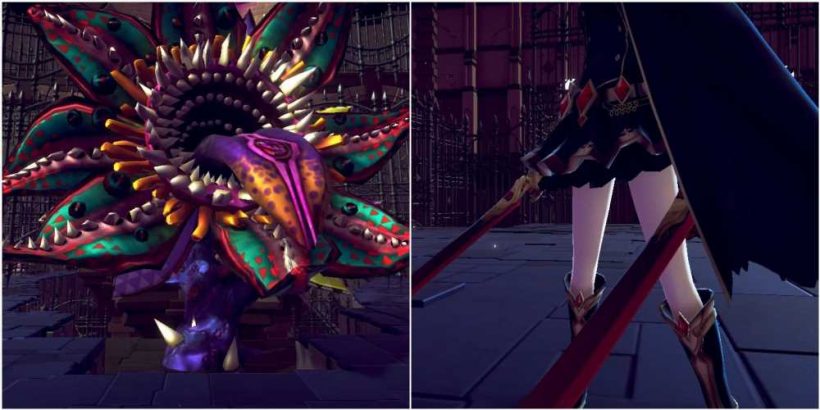 What happens when you take a decreased murderer, throw him into purgatory, and convince him eating souls is a good idea? Well, according to Crystar, you get a giant venus flytrap called Hobbes. Hobbes is a piece of work that needs putting down, and it’s down to Rei, Kokoro, and the soon-to-be-added Sen, to do it.

Hobbes is the first boss you will encounter that has multiple phases, and interestingly enough, one of the few bosses that don’t move. Topping that all off, Hobbes can be a total pain to kill, and could be considered the first real challenge the game has thrown at you. Get ready for a proper scrap. 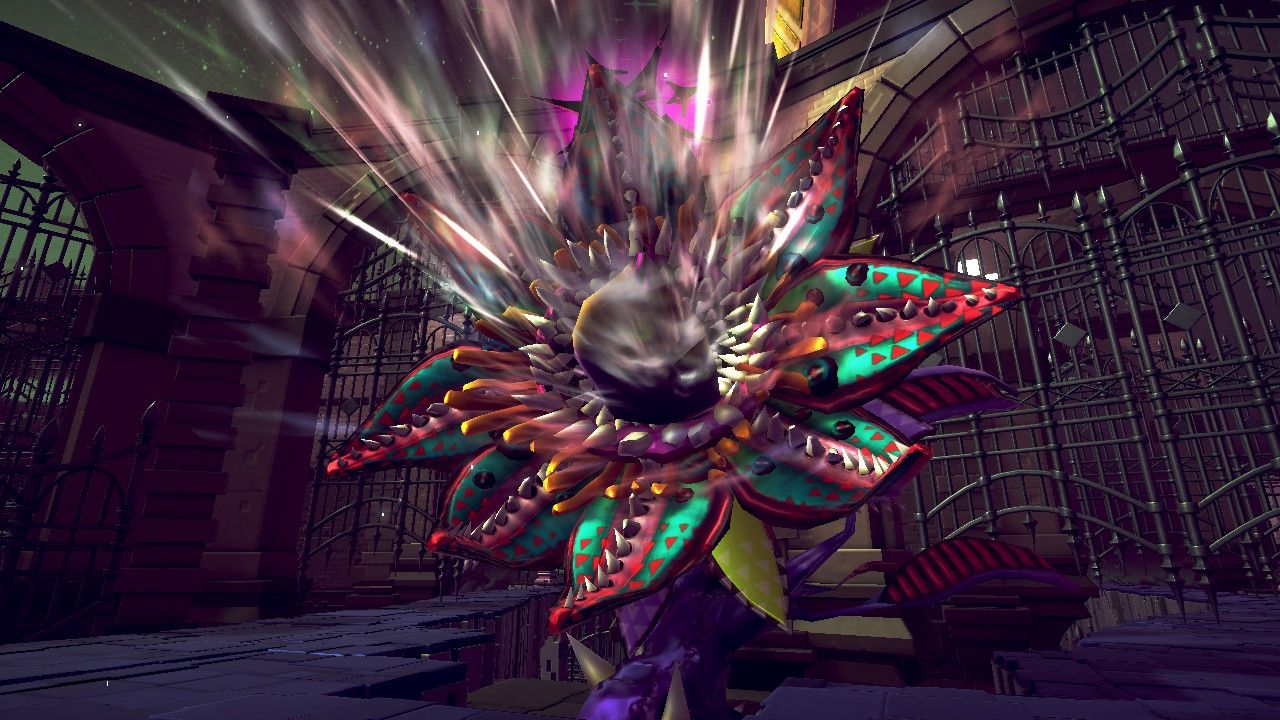 Hobbes doesn’t have much in terms of variety when it comes to attacking you. In reality, during his first phase, he only has one attack. He will suck in a bunch of air, then lob three boulders at you. These boulders are no laughing matter, however, and they can deal incredible amounts of damage if you get hit by the full barrage.

Hobbes can also summon allies to help – similar to Carneades. At the start of the battle, two Hedonics will jump you, and these guys mean business. As per usual, they are rocking high health pools and can deal a surprising amount of damage if you press your luck too far. Avoid their punch at all costs, and be sure to look out for their ground slam.

These two threats together serve as the main challenge of phase one. The Hedonics will distract you, and whilst you aren’t looking, Hobbes will lob boulders at you. To make this phase go a bit smoother, don’t use the target lock. Always have the camera pointing at Hobbes, so you don’t get floored by his projectiles.

Phase one will end once you get Hobbes down to around 75 percent HP. This will trigger a cutscene with Sen appearing and becoming a playable character.

Phase Two has you going toe-to-toe with Hobbes – no Hedonics. To offset this, Hobbes now has new attacks that you have to factor in whilst you fight him. Firstly, Hobbes now has a melee attack. He will lean backward slightly, before rapidly moving forwards in an attempt to bite you. If this hits, it will knock you back and deal decent damage.

On top of this, Hobbes can still spit boulders at you, like in Phase One. These seem to come out faster, however, giving you less time to react. In addition, these boulders are just as damaging, punishing you heavily for not paying attention.

Hobbes’s final attack is another projectile. He will inhale way more air than usual, then fire out a continuous stream of rocks in a cone, then slowly rotate to cover large portions of the arena. He will always move left to right (his perspective), so you want to keep yourself on his left side, and then run to his right the moment he starts firing. This will prevent damage, and allow you some freedom to attack. This is Hobbes's most powerful attack, and you don’t want to get caught in it. 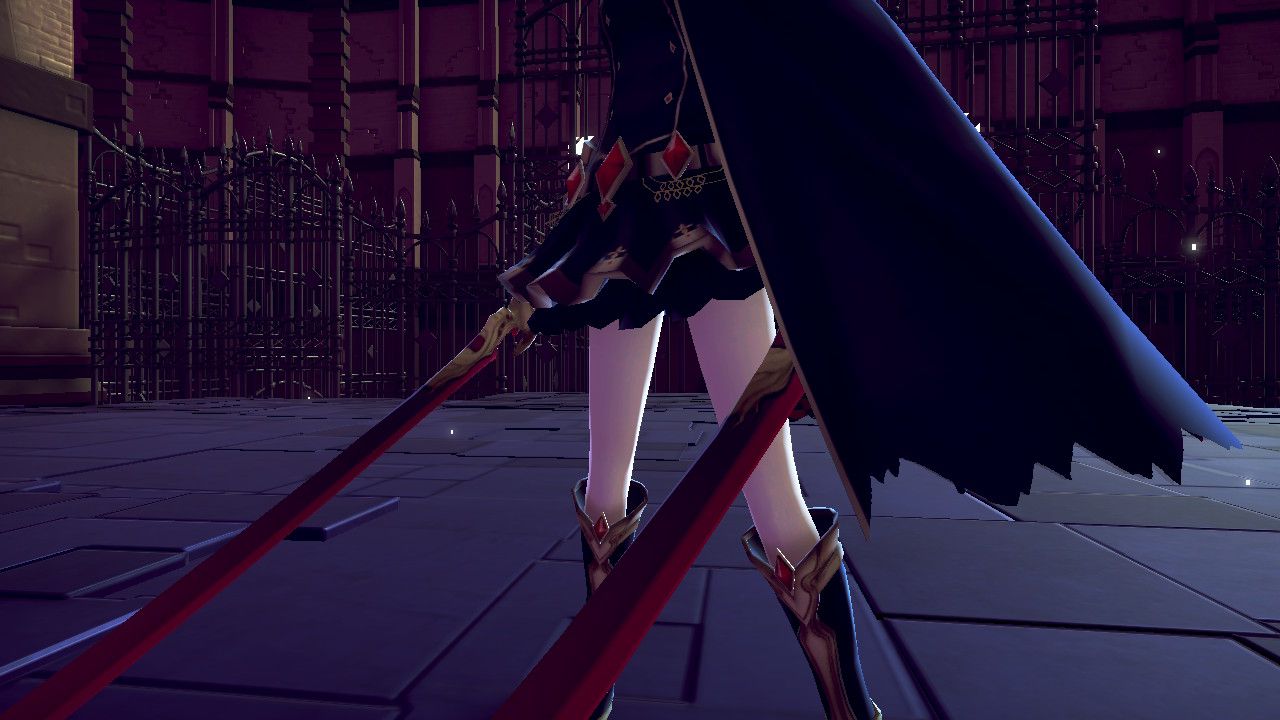 Which Party Members To Use

For this fight, you have access to Rei, Kokoro, and later, Sen. Any character can be used in this fight, and do well. Rei has rapid attacks, Kokoro’s short-range doesn’t matter since Hobbes is a stationary target, and newcomer Sen, has great stats.

Since Sen is a new character, however, I’d recommend avoiding using her as a general rule. You don’t want to be experimenting with combos, skills, and patterns during a boss. If, however, you are out of healing items and your characters running low on health, then Sen is a great sub.

Which Skills To Use

For Rei, the best skill to use would be Tornado. Tornado is ideal for killing Hedonics, and since Hobbes doesn’t move, he is going to take the full brunt of the gale too. You could also consider Power Slash, as this move deals great damage and comes out faster than Tornado, allowing you to spam it a bit easier.

Kokoro doesn't bring much to the table here. Most of her skills are charge-based, which leaves her too exposed to Hobbes's high-damage attacks. As a result, just lay into Hobbes with some basic three-hit combos. Light-Heavy-Heavy deals great damage and should do the trick.

Sen is a bit tricky since she’s new. That doesn’t mean she’s useless, however. Her Art, Cross Slash deals nice damage, and when used in conjunction with her standard attack chains, can do some work.

Pick Up Some Healing

Since Hobbes can deal high amounts of damage quickly, you should invest in some healing. There is a Peddler near the boss arena, making it easy to stock up if you are running low. Going into this fight with 20 Bitter Chocolates will keep your party right as rain.

Hobbes, like all bosses, is quite the damage sponge. Because of this, you want to go in fully loaded. The best way to do this is with a maxed-out Tear Gauge. Rei and Kokoro should be filled to the brim before the fight begins, but they shouldn’t use it ASAP. Instead, you should save it.

The best time to use your Guardian is once Phase Two has begun. You can then pop your Guardian, tank the damage, and lay the smackdown on Hobbes like no tomorrow. Once Rei/Kokoro has burned their meter, swap and do it again. 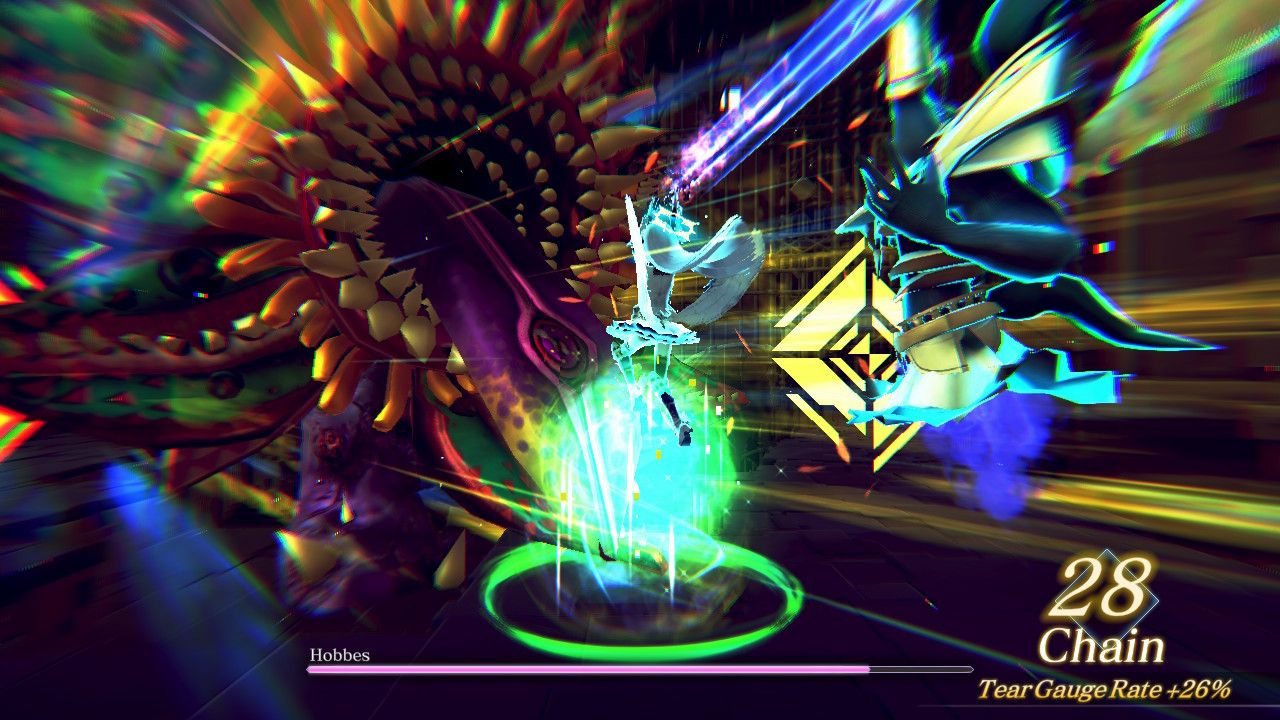 First things first, you need to deal with those pesky Hedonics. You don’t want them sneaking up on you and ramming their fist through the back of your head. Rei casting Tornado a couple of times should finish them off, giving you ample time to knock Hobbes into her second phase.

Focus on using Tornado, Power Slash, and maybe Kokoro’s basic attacks to take chunks out of Hobbes. Always be aware of the input delay, however. You don’t want to be locked into a cast animation just as Hobbes is about to throw stones.

Once Phase Two starts, this is when you go all out. Pop your Guardian and smack Hobbes around for the full duration. With your Guardian active, you should be dealing roughly twice as much damage as before. Just as your Guardian is about to disappear, use your ultimate attack for even more damage. Swap out to Rei or Kokoro, and do it again.

If Hobbes survives two full Guardian chains, then go back to using Tornado, Power Slash, and basic attacks. Remember to stay to Hobbes's left before moving to his right once he does an extended inhale. This will mitigate most – if not all – of his damage.

With Hobbes down, you are free to move on to the next Chapter.