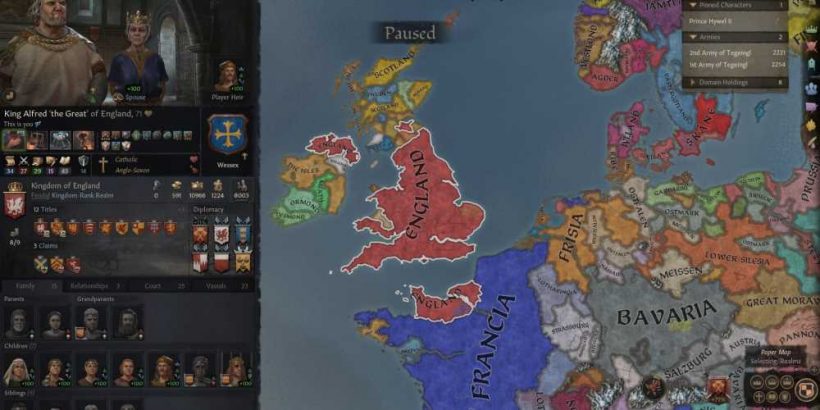 Crusader Kings 3's 867 starting date lands at a particularly interesting time in the history of the British Isles. This was the time of the invasion of the Great Heathen Army, where the Norsemen of Scandinavia decided that they liked the look of what Britain had to offer, and they wanted it.

Alfred, however, is a tough choice to start with in Crusader Kings 3. With so many Norse raiders roaming around with huge army stacks, it can be difficult to even know where to begin with Alfred. So here are some tips: 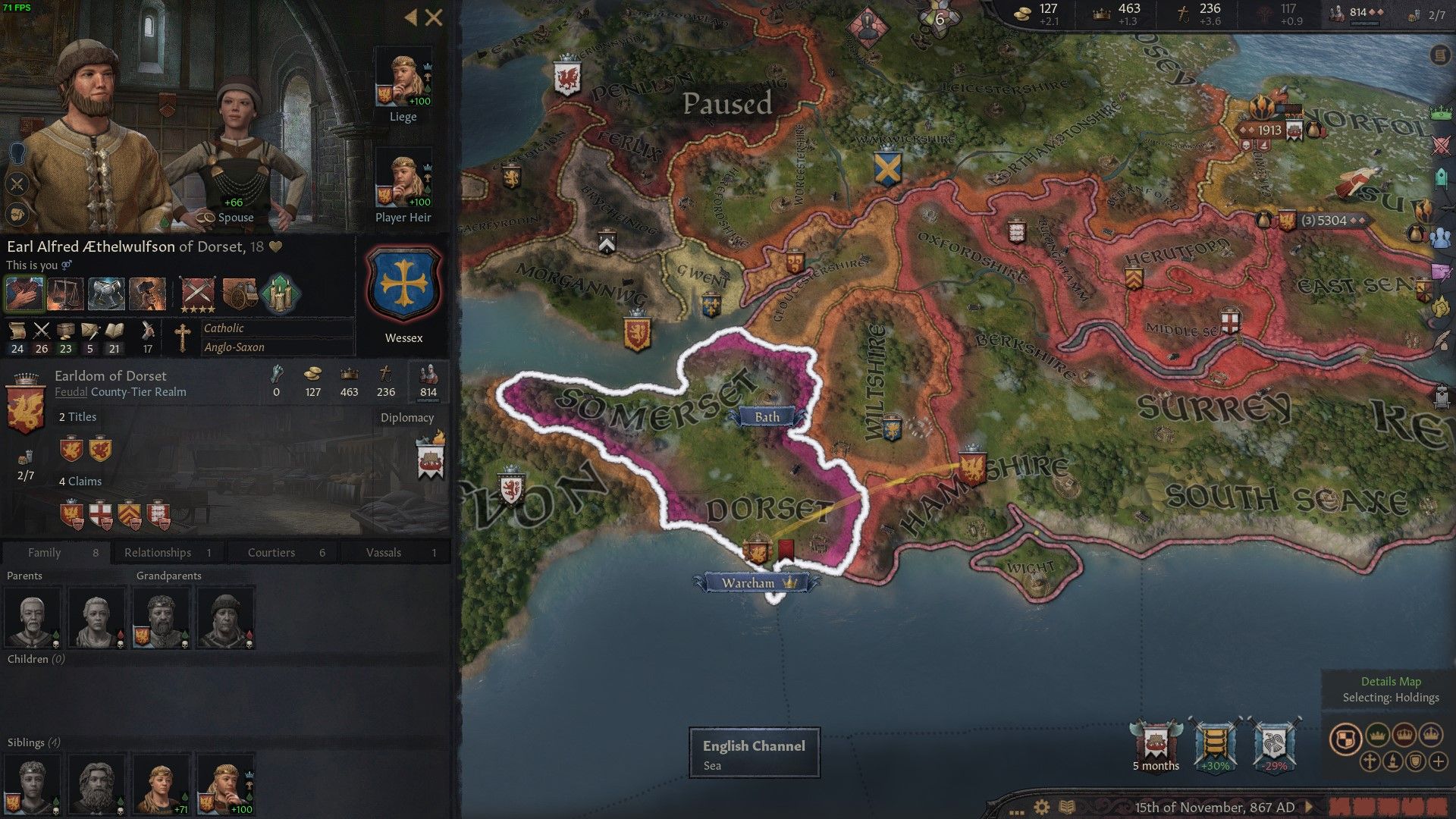 When you start as Alfred, you will notice that he is only a count with two measly counties and without enough people in his court to even hire a council. Despite this, he has some great traits:

His brother Æthelred is instead the Petty-King of Wessex, and, despite being an extremely beefy starting character, Alfred is only next in the line of succession. If Æthelred has a child at any point, then Alfred them moves down the notches in the succession queue.

In real history, Æthelred I (not to be confused with the more famous Æthelred II, the Unready) died young in 871 without issue – with the Wessexian crown being passed to Alfred. In Crusader Kings 3, Æthelred is likely to die before 871 as well (usually because of a hunting accident), with Alfred succeeding him. As a result, on the game's start, it is best to literally do nothing until this happens. Bank the Experience Points from selecting Strategy Focus, and don't even hire courtiers for your council. As soon as Æthelred dies, then you can start playing the game as normal.

If Æthelred doesn't die and produces an heir, it might be best to restart the game. You can't do "Alfred the Great things" with just a couple of counties (unless you're wanting to do something different with him of course).

Some advanced players might fancy starting a murder plot against Æthelred as soon as the game starts. There are certain advantages to be had if you pull this off, the most important being that Æthelred's martial is so bad the longer he stays alive the worse the war score you will inherit against the Great Heathen Army.

To succeed with the plot before he dies anyway, however, requires a certain amount of luck, and you could end up failing – causing stress/prestige issues.

If you want the best chance at succeeding, search the game for a potential courtier with very high intrigue, get them to join your court, and make them your Spymaster.

Try To Save East Anglia 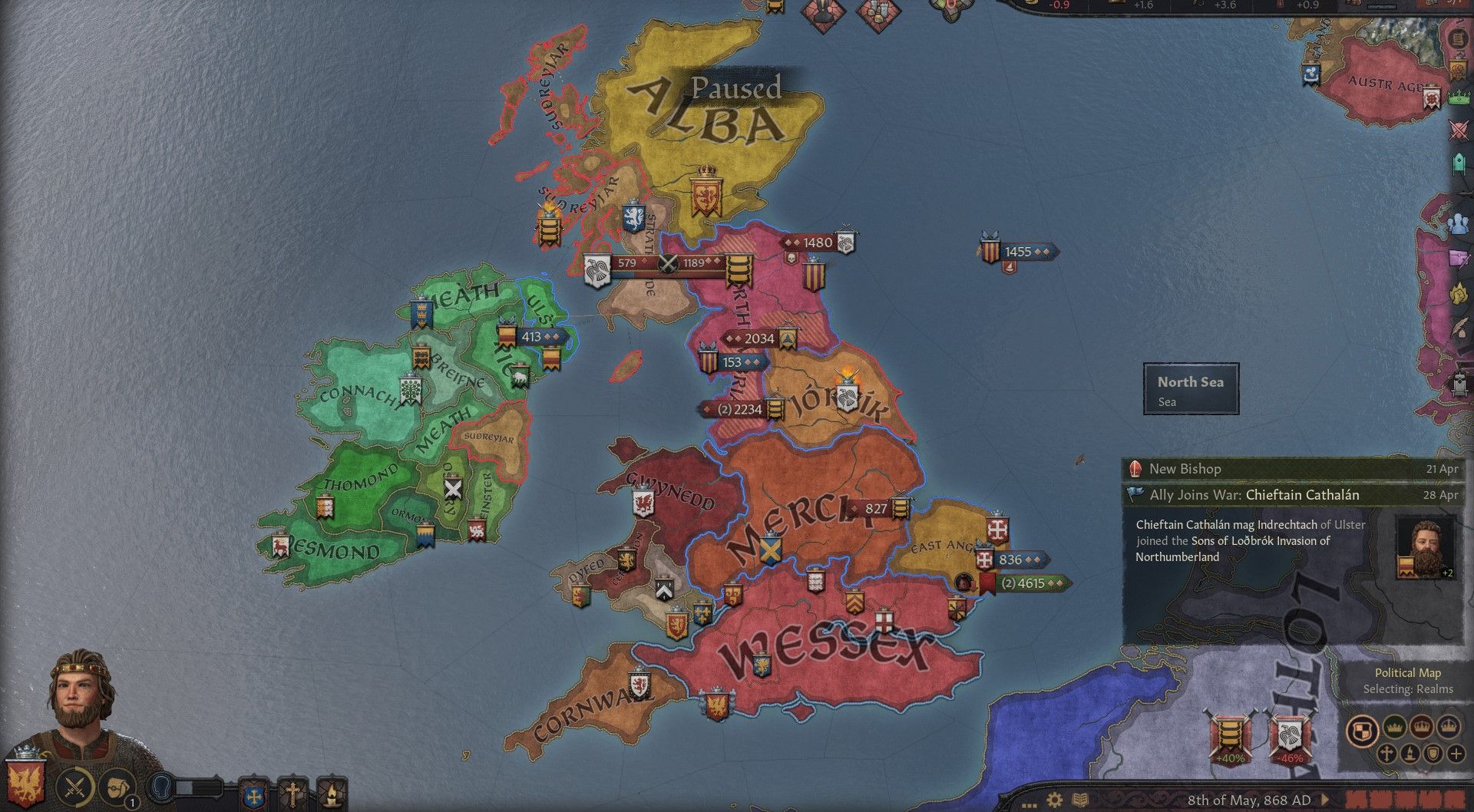 Instead, base as many troops as you can in the Barony of Norwich and try and pick off Ivar's Sudreyjar armies as they invade by sea (the defender will get a bonus from battles taking place in the marshes and, as Alfred, you will have huge defensive stats when leading armies). Play sensible with troop movement, don't allow attrition to build up, and hire the cheaper mercenaries to bolster your forces if possible.

A slightly weird quirk is that Ivar and Halfden are not co-belligerents in their wars, and as they are targeting the same allies, they actually see themselves as enemies. If either of their armies happens to stumble into the same space as each other, they will fight each other. Pounce on this if it happens close to East Anglia, and try and take the weakened winning army out.

If Northumbria does not lose too early, you might get lucky and win the war for East Anglia, and the AI (King Edmund) should be able to force 100 percent war score demands. But if you do lose a battle and the war score starts crashing then get your troops out of there and wait for it to fall. East Anglia then makes a good ally if you save it once both wars are over, but you may choose not to ally if you have an eye on taking it for yourself. 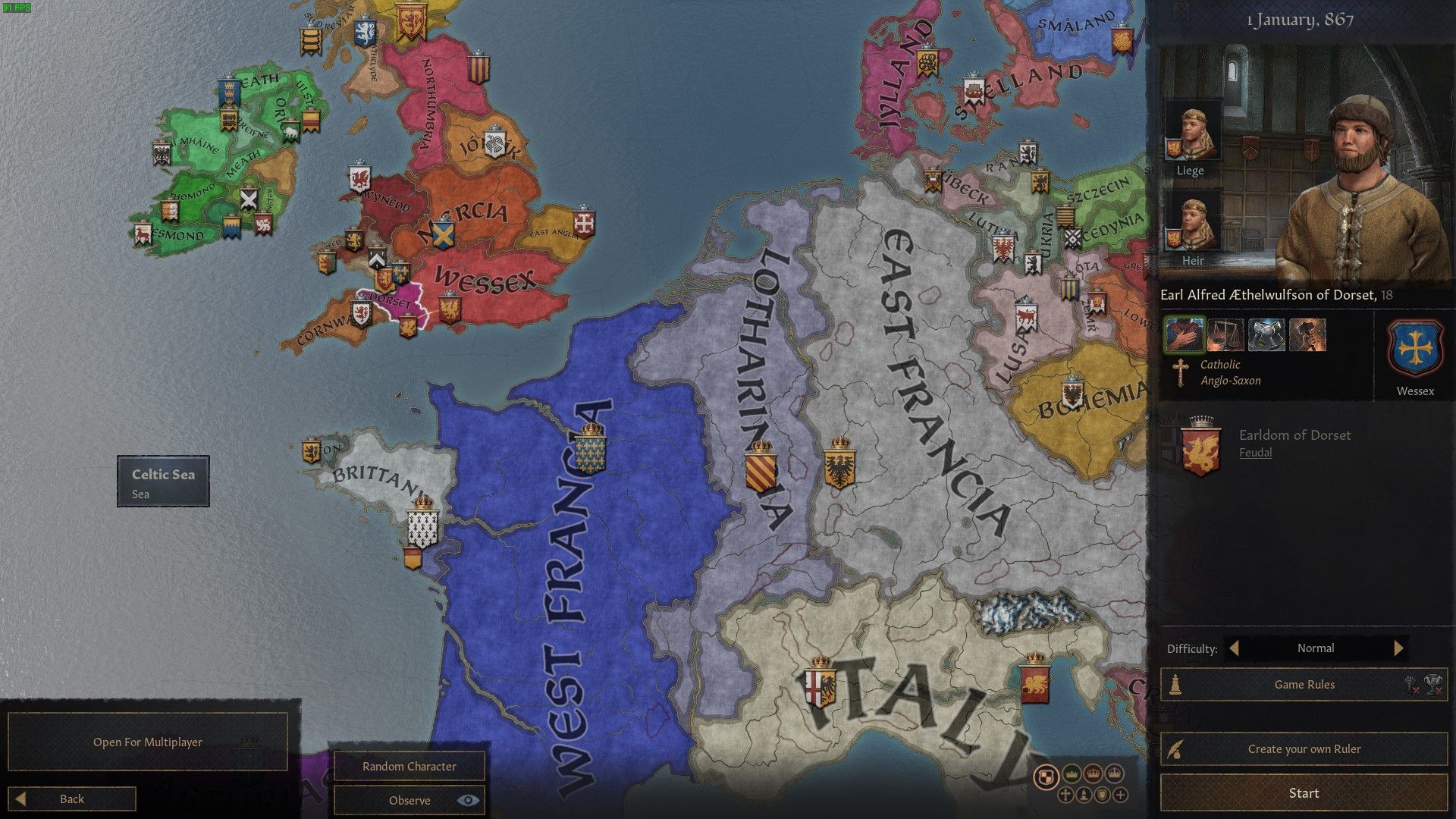 Once both wars are finished (with, hopefully, the East Anglian one won, and the Northumbrian one lost), a five-year truce should be in place against both Jorvik and the Sudreyjar. This is where you need to get busy:

When you raise up a prestige rank to Distinguished, you might be offered the decision to negotiate the Danelaw if a Norse ruler controls two duchies in England. This produces a long truce between Wessex and that Norse realm. Accepting the Danelaw can be useful to build funds and development, but not necessary if you think you can take the Vikings on with your alliances in place.

Tactics For Forming England As Alfred 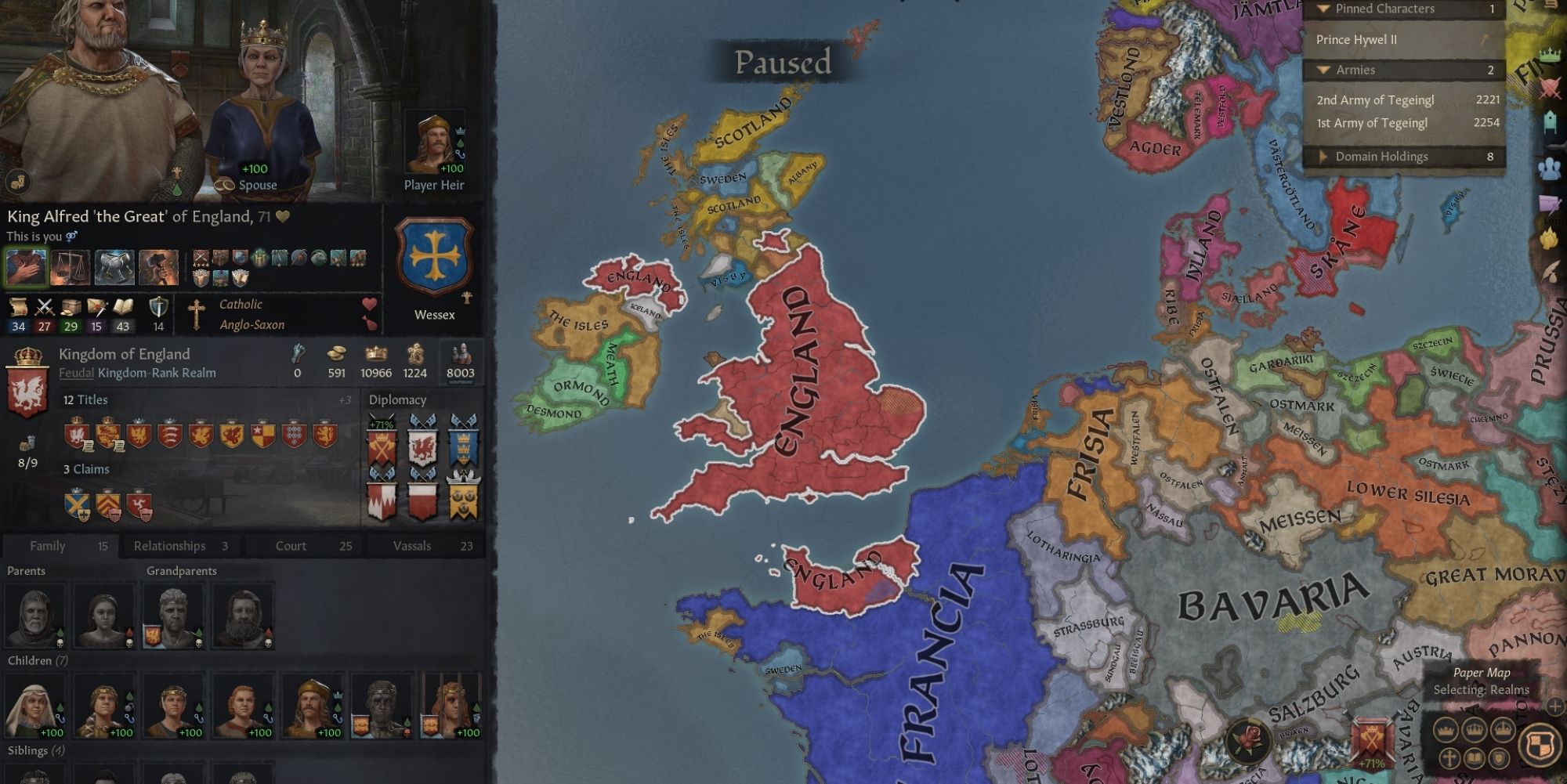 Forming England as Alfred is probably your intended goal with him. Here are some broad tips that can help with this, albeit your circumstances will be different each time – meaning not all of this may be possible.