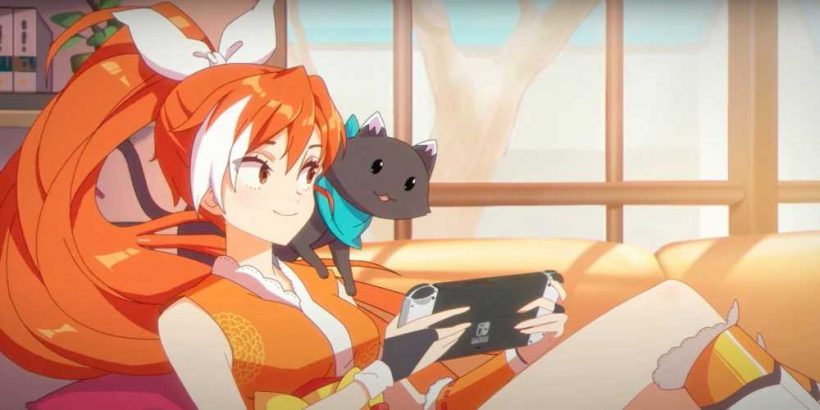 Tired of burning up your phone's battery life catching up on your favorite anime on Crunchyroll during your travels? Hang on to your ramen noodles! Crunchyroll has announced that it just dropped its dedicated app on the Nintendo Switch.

In its blog post announcing the app on Thursday, Crunchyroll confirmed that Nintendo Switch owners will be able to stream all their favorite anime content on the app offline — but only if you're a Mega Fan or Ultimate Fan subscriber. This makes Crunchyroll the first content streaming app on the Switch to gain offline viewing functionality thanks in large part to Epic Games' Unreal Engine technology (per IGN).

Crunchyroll also confirmed that fans will be able to stream its content while the Switch is in docked mode, handheld mode, or tabletop mode, giving you a variety of options to experience your anime binges on the hybrid console while at home and on the go. Check out the Switch app in action in the announcement trailer below!

Crunchyroll is the second anime streaming app to be added onto the Switch after Funimation released its own app on the system in December 2020. It's also the fifth streaming app overall following Pokemon TV, YouTube, and Hulu.

While Crunchyroll is taking its first breaths of life on the Switch, the eShop is taking its last — on the Nintendo 3DS and the Wii U. Nintendo announced yesterday that it will be killing off eShop support on its preceding consoles from May to March 2023, blocking users from buying digital 3DS and Wii U games thereafter.

Somehow, five years after the Nintendo Switch was released into the wild — pun entirely intended on account of The Legend of Zelda: Breath of the Wild releasing shortly after — Nintendo still hasn't installed Netflix into the system. Nor has it bothered to install Disney+ for that matter, but that's an entirely different story — if Disney can help out with the process, that is. If it's able to allow users to watch anime on Hulu, YouTube, Pokemon TV, and now Crunchyroll on the Switch, there should be no reason why they can't get their anime fix on a dedicated Netflix app as well. And Disney+, but only because that Twisted Wonderland anime looks so good.