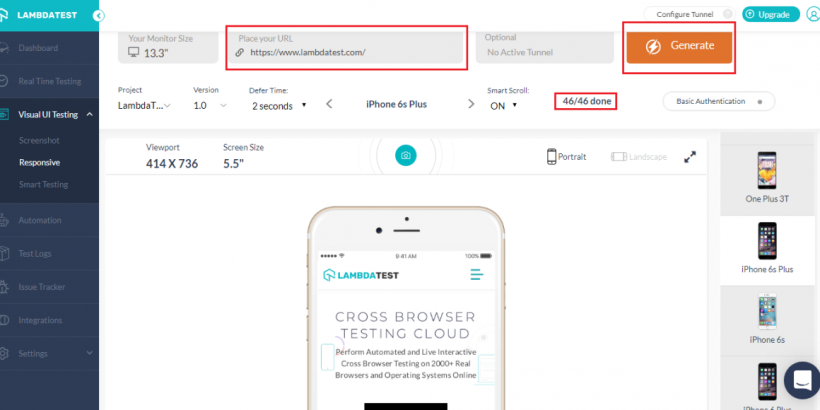 Web app testing platform LambdaTest today announced it has raised $16 million in a series B round of funding led by Sequoia Capital.

Founded out of India in 2017, the LambdaTest platform enables its users to run automated or manual tests for their web apps across thousands of different browser and operating system configurations, spanning desktop and mobile. The company, which now has its headquarters in San Francisco, claims a number of major customers including Apple, Microsoft, Cisco, Coca Cola, and Hubspot.

Irrespective of a company’s size, the potential number of browser, device, and operating system combinations make it difficult to fully test new software across all potential scenarios — someone running the company’s application on Windows 7 through an old version of Firefox won’t necessarily have the same experience as someone else using the latest version of Chrome on Windows 10.

And that, ultimately, is what LambdaTest solves — it allows them to run various tests in the cloud to highlight possible flaws or glitches that would otherwise be difficult to spot, doing so in the early development phase long before it reaches production.

Above: LambdaTest in action

Given that every company is now effectively a software company, this puts increasing pressure on businesses and their developers to ship code faster. This also reduces the amount of time they have to fully test their software, which is why there is a growing demand for the tools to help.

The broader software testing market was pegged as a $45.6 billion industry last year, a figure that’s expected to rise to nearly $110 billion within six years. Specific to LambdaTest’s vertical, other notable players include Sauce Labs, which recently upped its investment from asset firm TPG, as well as Browserstack.

Prior to now, LambdaTest had raised around $9 million, the bulk of which arrived via its series A round six months ago. And with another $16 million in the bank, the company is now well-financed to capitalize on its recent growth spurt that has seen its revenues double since December, while it also said that its customer count has grown by one-fifth.

More specifically, LambdaTest said that it’s now gearing up for “aggressive growth” and plans to launch new products to cover “a broader set of testing needs,” according to a press release.

Other backers to join the series B round include Telstra Ventures, Wamda Capital, and a “leading sovereign wealth fund.”