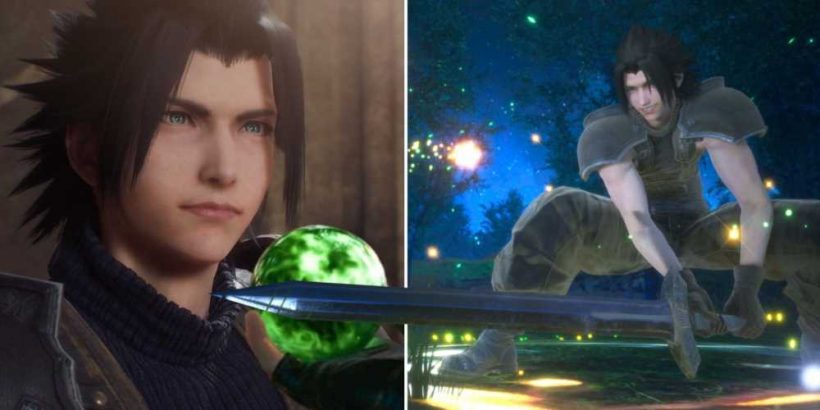 There are many excellent systems in Crisis Core: Final Fantasy 7 Reunion that provides extra quality-of-life additions to the already stellar systems found in the original Final Fantasy 7. Things such as Materia Fusion and the ability to convert Materia into additional SP give you a significant advantage in battle and other aspects of the game.

It's no secret that the Materia system introduced in Final Fantasy 7 is one of the most influential and robust systems in JRPGs. Still, the additions brought to it with Crisis Core allow you to manage these orbs of magic to your liking, making it easy for you to get the most out of your build and playstyle. 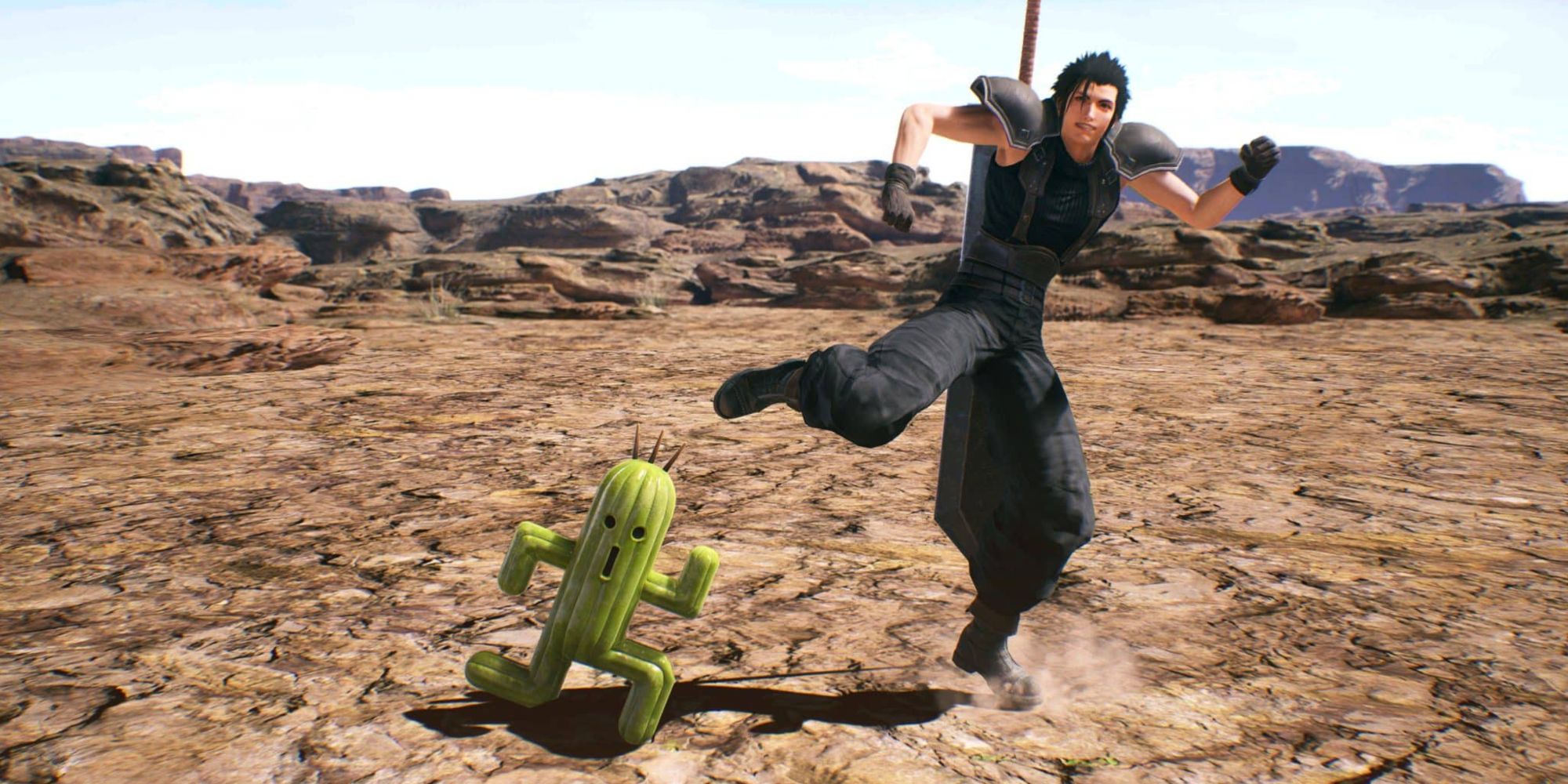 Before we dive into how you can increase your overall SP, let's briefly go over what it is and why it's such a crucial part of Crisis Core: Final Fantasy 7 Reunion's combat. SP stands for Soldier Points and represents the user's total Mako stored within their body, allowing them to use unique abilities granted from Materia and even call upon powerful Summons.

In Crisis Core, SP is used automatically when entering a combat encounter and will begin spinning the DMW wheel, which gives you a chance to cast your Limit Break, Summon, and a wide variety of other unique and powerful actions. The more SP you have, the more spins you get during encounters, giving you much greater chances to use your more robust and potent Materia. In addition to Materia, the DMW can also level you up or apply buffs, so having more spins will never hurt.

Additionally, SP is needed to use the Materia Fusion system in Crisis Core, with more SP required for the stronger Materia. In short, you should be using the SP Conversion system quite frequently. Still, you will need to use it wisely to avoid painting yourself into a corner by having no Materia to use for Materia Fusion or by tossing out exceptional Materia that pair well with others or will come in handy against specific bosses or enemies.

It's also crucial to note that your DMW wheel will stop spinning if you are under the effects of Curse or if your SP falls below 10 SP. Having low SP will also disable the Materia Fusion system, so you will have to build your SP back up or wait until the Curse effect wears off in combat. You can find out how to accumulate more SP in the section below!

How To Increase SP 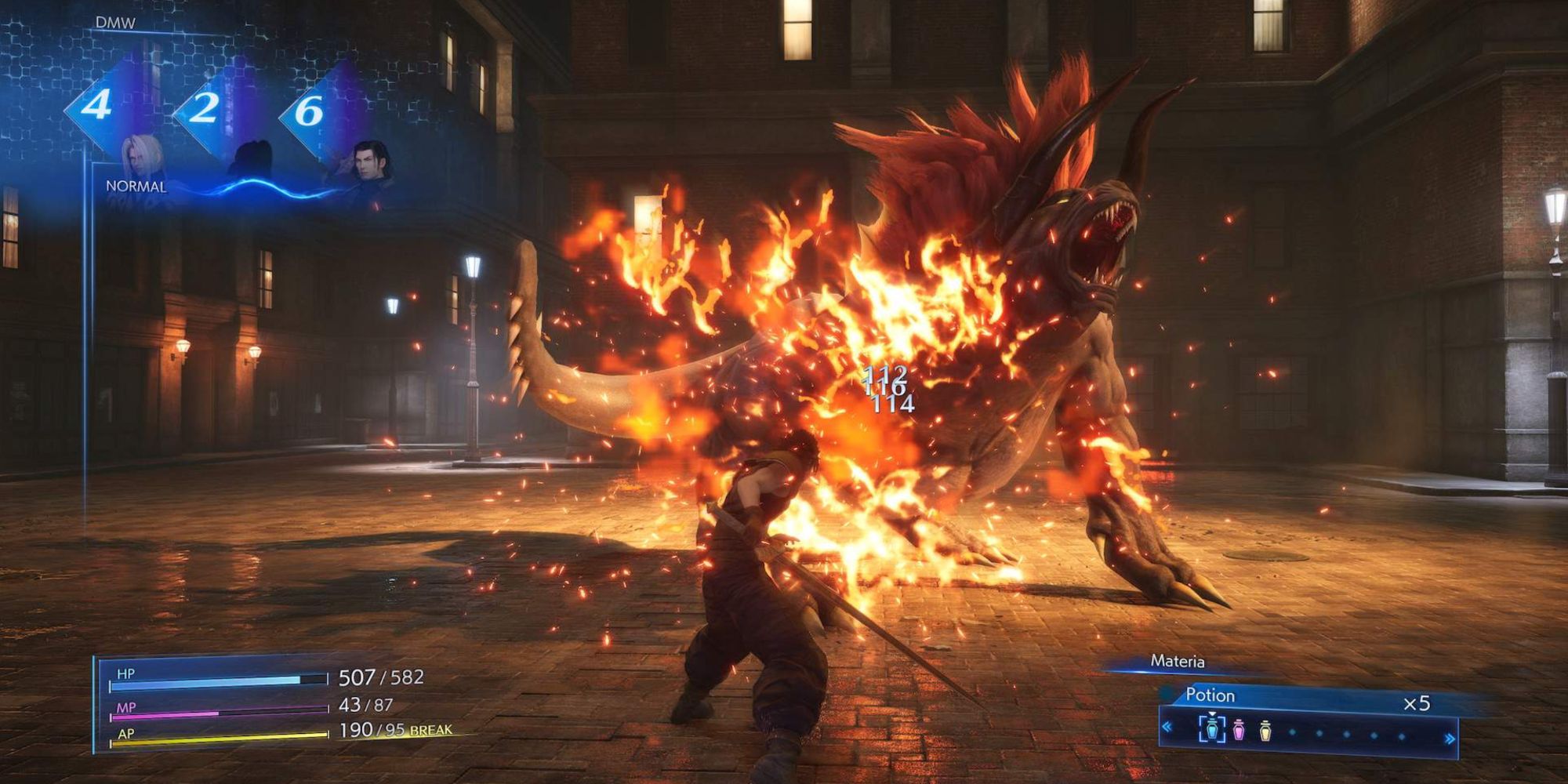 In Crisis Core: Final Fantasy 7 Reunion, there are two methods you can take to accumulate SP, with both being relatively simple on paper, but both have pros and cons. The first method we will cover will be the game's SP Conversion system, with the second being eliminating enemies and what to expect in terms of SP. You can find what both offer below!

Now that we have covered what SP is and why it's such a crucial system in Crisis Core let's dive into how you can take advantage of the game's SP Conversion system to acquire more SP. You can find out how to access the SP Conversion menu below!

Simple, right? However, as mentioned before, use this system wisely and do not get overzealous, or you can make a poor decision that cannot be reverted. We recommend using SP Conversion on duplicate Materia or Materia you know you will never use and nothing else. Furthermore, the stronger and rarer the Materia, the more your SP will increase.

So, as a general rule of thumb, instead of using SP Convert on single Materia, fusing them will often grant you more SP, so aim to Fuse duplicate Materia and Covert them afterward, so long as you know they aren't needed for potential other Materia Fusions. There are many Materia formulas to discover and experiment with, so we suggest not going overboard with SP Conversion until mid to late game. However, you should still tinker with it from time to time if you need more SP in combat encounters or for Materia Fusions.

Lastly, while the SP Conversion system is one of the best ways you can increase your SP, you can also further raise your SP limit by defeating enemies, allowing you to be more conservative with your Materia in the early goings of your adventure, where you will need lots of duplicates to craft new and more powerful Materia.

Defeating stronger enemies and bosses will net you more SP, but if you are in need of SP for an upcoming boss encounter or one you are stuck on, farming smaller enemies and tackling the SP Conversion system will be your best bet for success. If you are incredibly low on SP, farming early-area enemies can give you large sums of SP if you can commit the time it takes to rack it up.