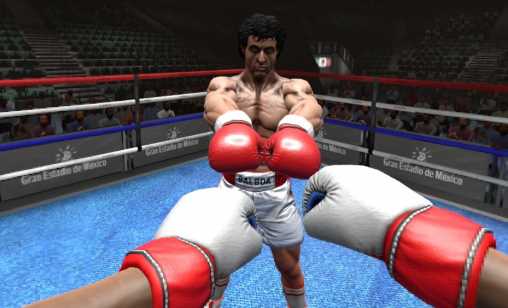 Creed: Rise to Glory received a new update this week that adds an all-new fitness-focused ‘Endurance Mode’ on Quest that lets you go another round in the ring, providing better exercise options within the game.

The developers said that they designed the mode to be used alongside Oculus Move, Facebook’s built-in fitness tracker on the Quest, so you can see how many calories you’re burning and track your progress. The biggest change with endurance mode is that the game’s virtual stamina system has been removed entirely, so your character won’t get tired or worn out until you do.

This should let you keep throwing out punches for as long as you want while exercising in Creed without having to worry about the game’s systems restricting you or slowing you down. On the Survios blog, the developers claimed that research done by a company called Virtually Healthy found that players in endurance mode exerted a higher max heart rate on average than those playing in normal mode.

You can also tailor these matches to your needs with opponent difficulty scales. If you’re using a Quest 2, you might also notice some visual enhancements such as improved textures, shadows and render resolution, which were added in this update as well.

The update is entirely free for existing owners of the game on Quest. If you don’t own the game yet, it’s on sale to celebrate the new features at a 33% discount, bringing it down to just $19.99.

The Survios blog post doesn’t mention any other platforms, so for now it looks like the update may only be available for the Quest platform.

Creed: Rise to Glory is available now on the Oculus Store for Quest.