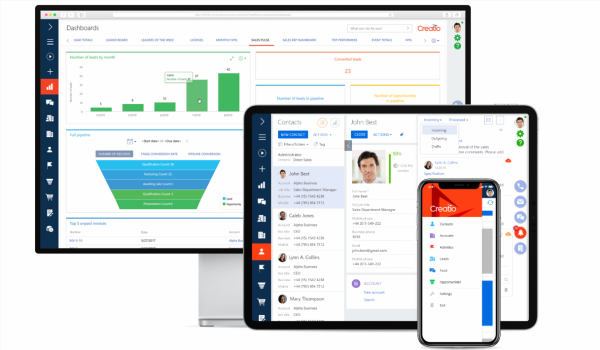 Creatio, a low-code process automation and customer relationship management (CRM) platform, has raised $68 million in a round of funding led by growth equity firm Volition Capital.

The raise, which is the first external investment in Creatio’s eight-year history, comes during a boom period for low-code and no-code platforms, spanning everything from enterprise app building and marketing analytics to web development, game production, and process automation. The global low-code development market is pegged at roughly $10 billion today, a figure that’s projected to rise to $187 billion within a decade as businesses battle to hire and retain top technical talent. Low-code platforms promise to help businesses improve many of their internal development and operational processes by enabling less technically-able workers to lean on automated tools such as Creatio.

Founded in 2013, Boston-based Creatio was initially known as BPM’Online before a rebrand in 2019. The company offers a low-code studio that enables businesses to automate any of their internal processes in minutes through a drag-and-drop rules-based interface. For example, the myriad steps involved in a repetitive employee onboarding process, such as sending back-and-forth emails and uploading documents, can be fully automated with Creatio. 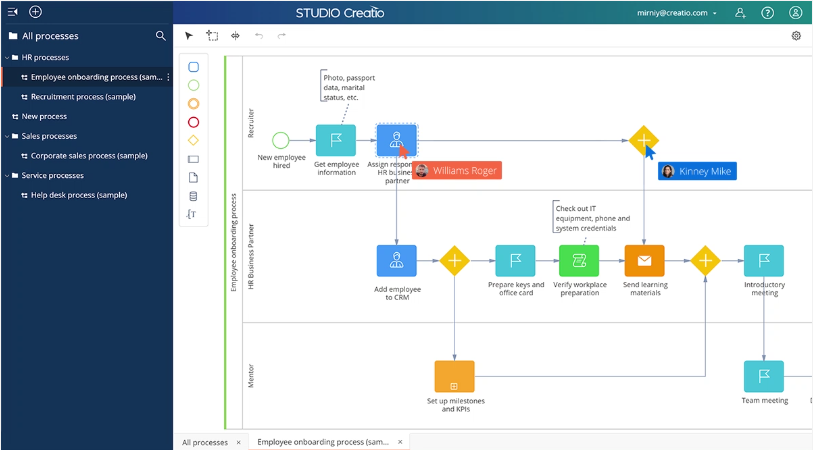 Creatio also offers enterprises integrations with external tools such as Excel, Microsoft Exchange, and Google, while the Creatio marketplace opens up a wide array of connections to social networks, messaging services, and productivity tools, as well as out-the-box process templates. Elsewhere, Creatio offers an open API for businesses to develop their own custom integrations with third-party apps.

That Creatio has grown organically without any external funding is an impressive feat, particularly as it claims 600 employees globally and has amassed a roster of clients that include BNP Paribas, Hershey’s, and DB Schenker. With $68 million in the bank, the company said it intends to “build aggressively” on this momentum, with plans to invest in its R&D, marketing, and sales.