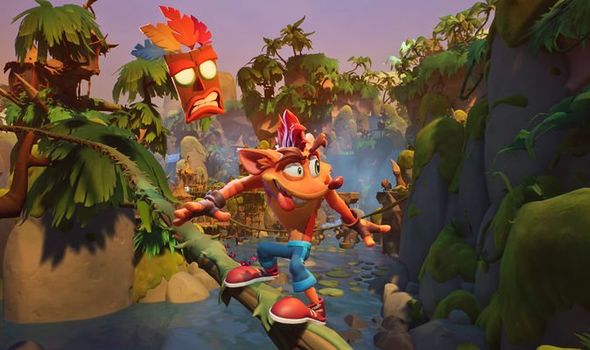 Crash Bandicoot 4: It’s About Time is getting a pre-release demo on PS4 and Xbox One.

Fans can play the first two levels of the upcoming platform game when the demo launches on September 13.

Sadly, however, the Crash Bandicoot 4 demo isn’t available to everybody on PS4 and Xbox One.

If you want to download and play the Crash Bandicoot 4 demo ahead of the game’s October release date, you’re going to have to pre-order a copy.

“Just ahead of the official launch of Crash Bandicoot 4: It’s About Time on October 2, fans that digitally pre-order the brand-new Crash game on PlayStation 4, PlayStation 4 Pro and the family of Xbox One devices from Microsoft, including the Xbox One X, will be among the first consumers in the world to play via a hands-on demo on September 16,” Activision explains.

“Gamers all over the world have been clamoring for the chance to play the game early.

“Activision and Toys For Bob are proud to offer players an early look at two levels from Crash Bandicoot 4: It’s About Time, letting them play as Crash or the fiendish Neo Cortex.

“Additionally, fans will experience first-hand the fun of the wielding the power of some of the new Quantum Masks – Kupuna-Wa to control time and Lani-Loli to phase objects in and out of existence.”

Unfortunately, it looks like the demo is only available to digital pre-order customers.

It once again sees Crash Bandicoot battle Neo Cortex and N. Tropy, only this time in the multiverse.

As the name suggests, It’s About Time also features a host of time-bending puzzles and abilities. This includes the ability to slow time in order to avoid obstacles.

Likewise, Crash and the other playable characters will be able to make items appear and disappear in the game world.

Speaking of playable characters, Activision has confirmed that Tawna Bandicoot will also make an appearance in the game.

Unlike her cameo in the original Crash Bandicoot, the new and improved Tawna Bandicoot will be more of a daredevil adventurer.

“It’s About Time – for a brand-wumping new Crash Bandicoot game!” reads an Activision blog post. “Crash fourward into a time shattered adventure with your favourite marsupials.

“Neo Cortex and N. Tropy are back at it again and launching an all-out assault on not just this universe, but the entire multiverse!

“Crash and Coco are here to save the day by reuniting the four Quantum Masks and bending the rules of reality.

PlayStation Plus Games September 2020: Get Them Before They're Gone