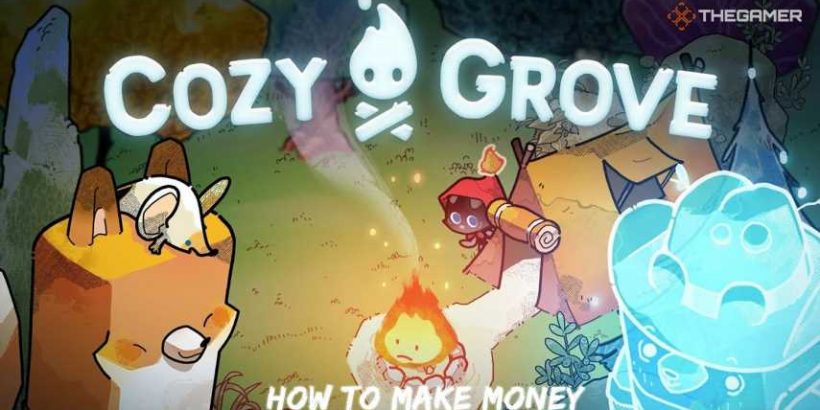 Spy Fox has just released its new game Cozy Grove, an adorable life-sim with stunningly beautiful graphics. Fans of Animal Crossing are sure to love this title and will be familiar with the various mechanics included in the gameplay. For example, aside from crafting, gathering, and making friends with the ghost bears on the island, you’ll also need to save up some money for the various upgrades for your tent and Mr. Kit’s island store.

Fortunately, there are a few different ways that you can make some money on the island, and we’re going to let you know about the best way to farm some fast cash so you can purchase and upgrade everything you want. 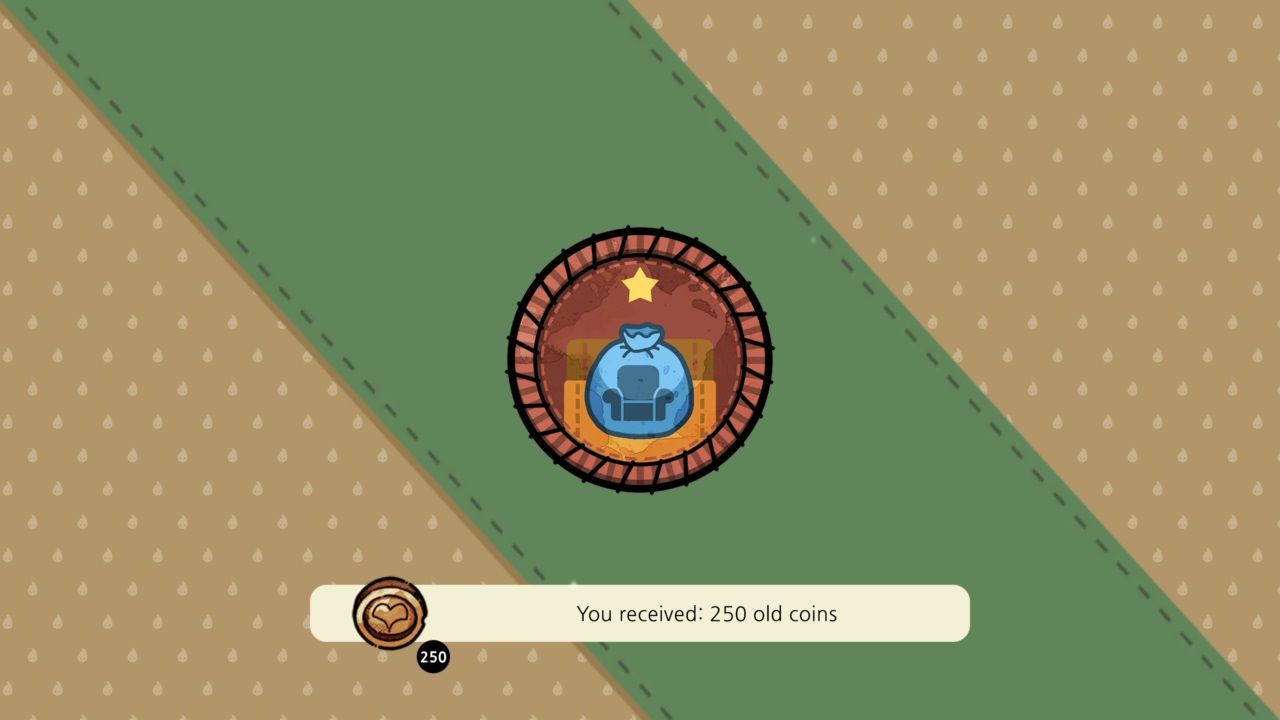 One of the easiest ways to make money is to claim badge rewards. You will naturally earn badges by fulfilling certain objectives and hitting set milestones while you are playing through the story and doing additional tasks such as crafting, fishing, and collecting various items.

Check your badges menu often to see which badges you have unlocked and select all that are marked as new to claim your rewards. 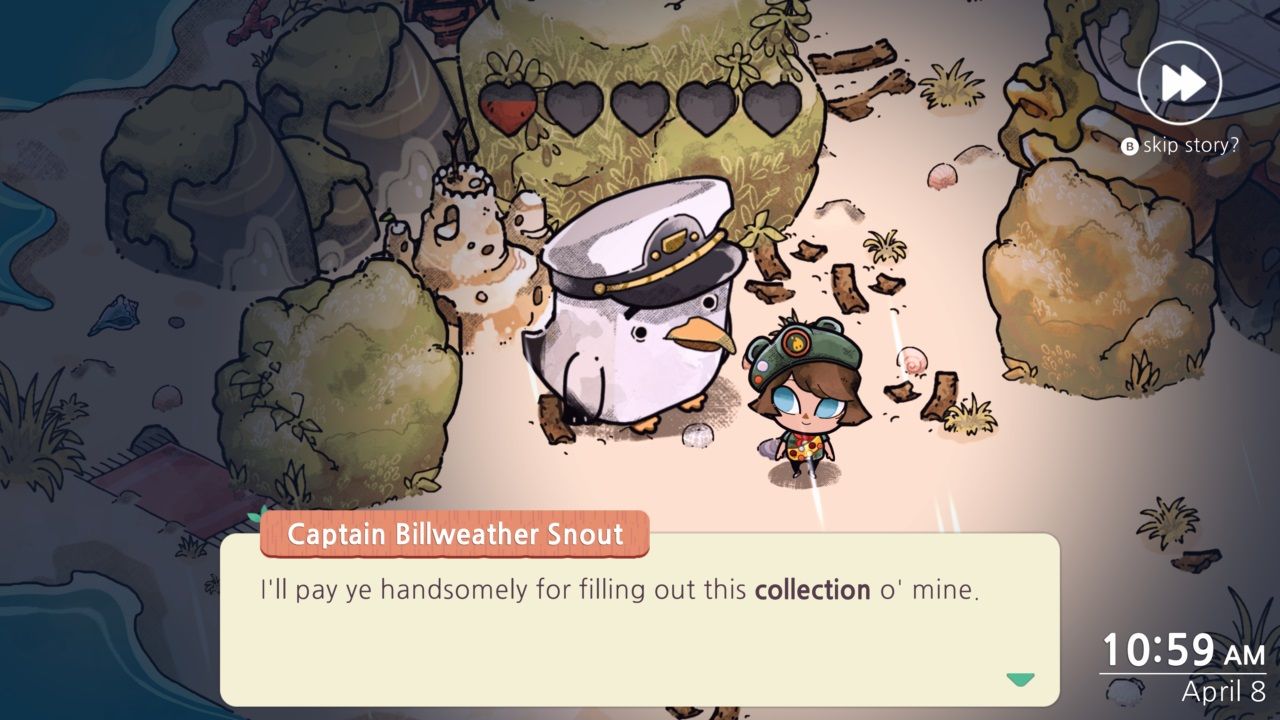 Arguably the best way to earn money in Cozy Grove is by donating to Captain Snout’s item collection. The ability to donate items unlocks from your second day of playing and Captain Snout will accept the following items:

It’s really easy to rack up a load of money this way, as you can donate just about everything you can find on the island. Don’t forget to also burn some of the items you find at Flamey to get a new type of item variant to donate to Captain Snout. Not all donations result in money, sometimes you get gemstones instead (which are even more valuable) or brand new recipes.

As your island expands and you get access to new tools, you’ll be able to collect new items, so remember to keep checking back in with Captain Snout to donate any additional items that you find. You can select multiple items to donate in one go, making the process a little easier. However, to claim the reward, you have to view the collection and click on each item that is marked as new to get each reward. 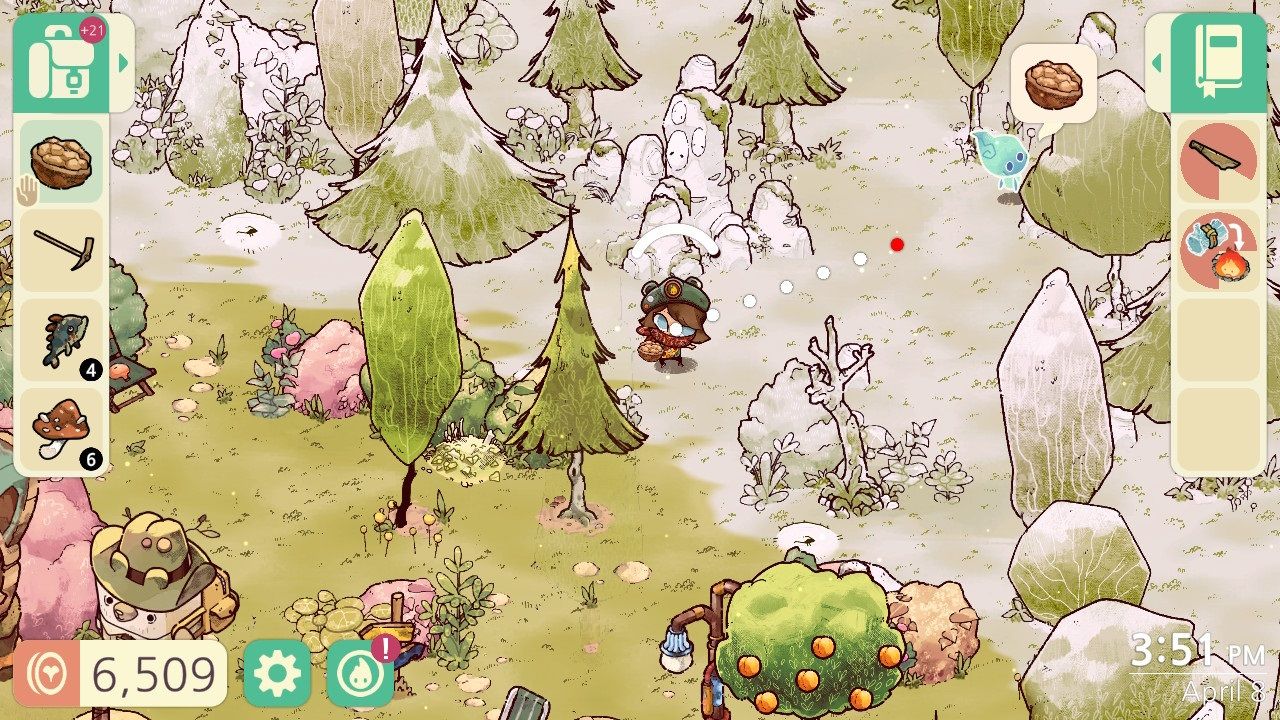 You’ll probably notice the strange little creatures that run away from you from your first day on the island, but you can’t really interact with them until a few days into island life. At this point, some of these imps will have a speech bubble over their heads asking for specific items.

By giving the imps the items they want, you can earn a variety of rewards, ranging from money to different items. Even if the items are something you don’t want, you can always sell them to Mr. Kit.

However, even when an imp wants something, it will still run away from you. In order to fulfill the request, you basically have to throw it the item it wants. Once it grabs the item and has a heart above its head, you can approach it to claim your reward. 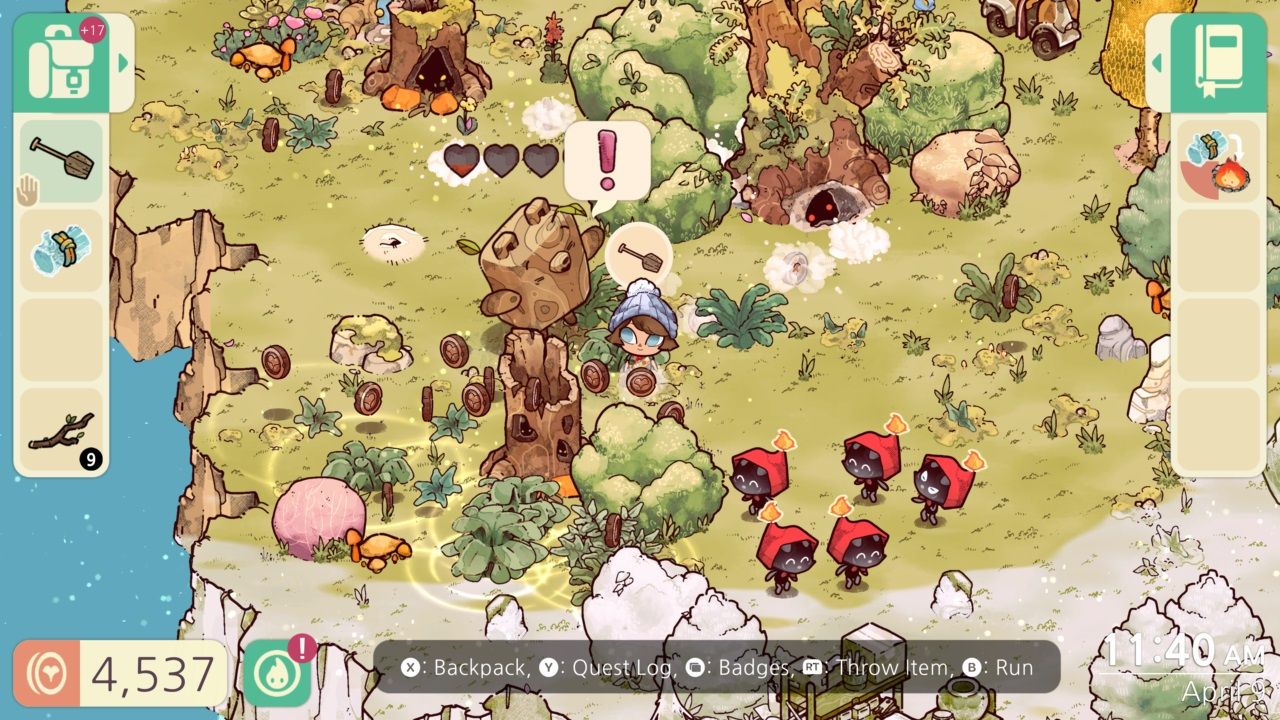 Every day, the ghost bears that you meet will task you with new requests, usually asking you to fetch or find some particular items for them. Completing these requests not only furthers the storyline and restores some color to the island, but you’ll also get plenty of coins too.

The more you progress through the story, the more bear ghosts you will unlock, meaning you will have more and more requests to fulfill each day. Some requests must be completed within set time limits, whereas others require tasks that take several days to complete. 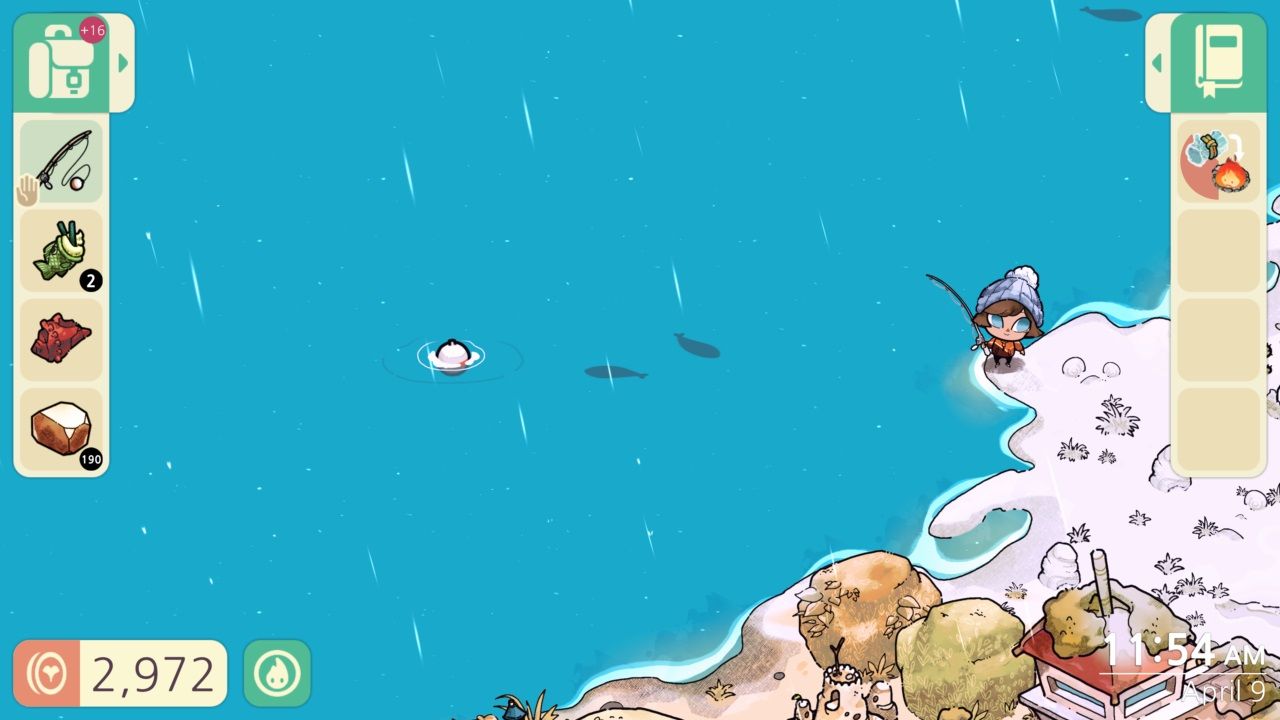 There are a variety of ways you can gather items on the island, and the more you progress through the story, the more ways you will be able to collect items as you will obtain new tools and open up new areas.

Collecting shells, fishing, digging up sand piles/holes, and rummaging through leaf piles are great ways to collect various items. Later on, you can cut down plants and mine for ore too.

After you’ve donated each kind to Captain Snout, you can sell any duplicate items you have collected to Mr. Kit to make some easy money. You can also craft various things into new items to make them worth more money too. 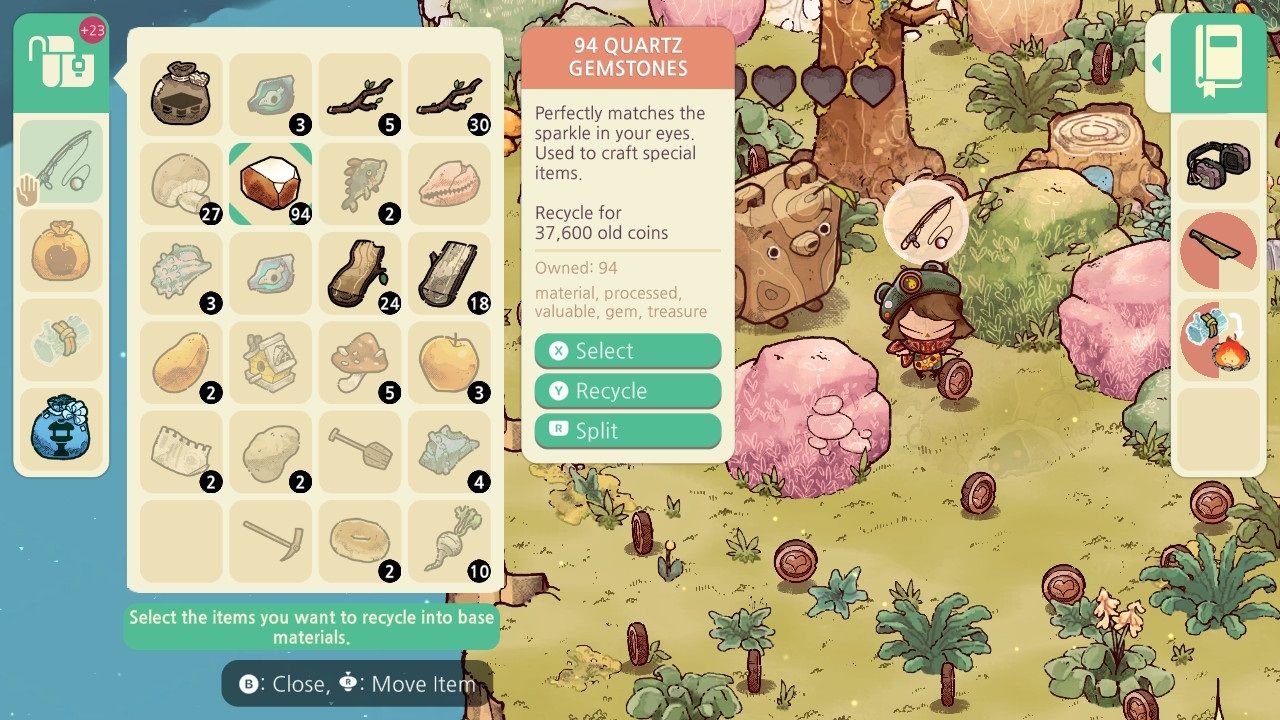 Francesca DuClaw is one of the ghost bears that you will meet on the island and after fulfilling some of her requests, she will open up the recycling feature for you. Recycling allows you to reduce certain items into their base forms, such as wood into twigs, or furniture into crafting resources.

While gemstones are valuable and useful in their own right, if you are in dire need of money rather than gemstones, you can convert your gemstones into coins by recycling them.

Next: Animal Crossing: New Horizons How To Pop Balloons Without Slingshots 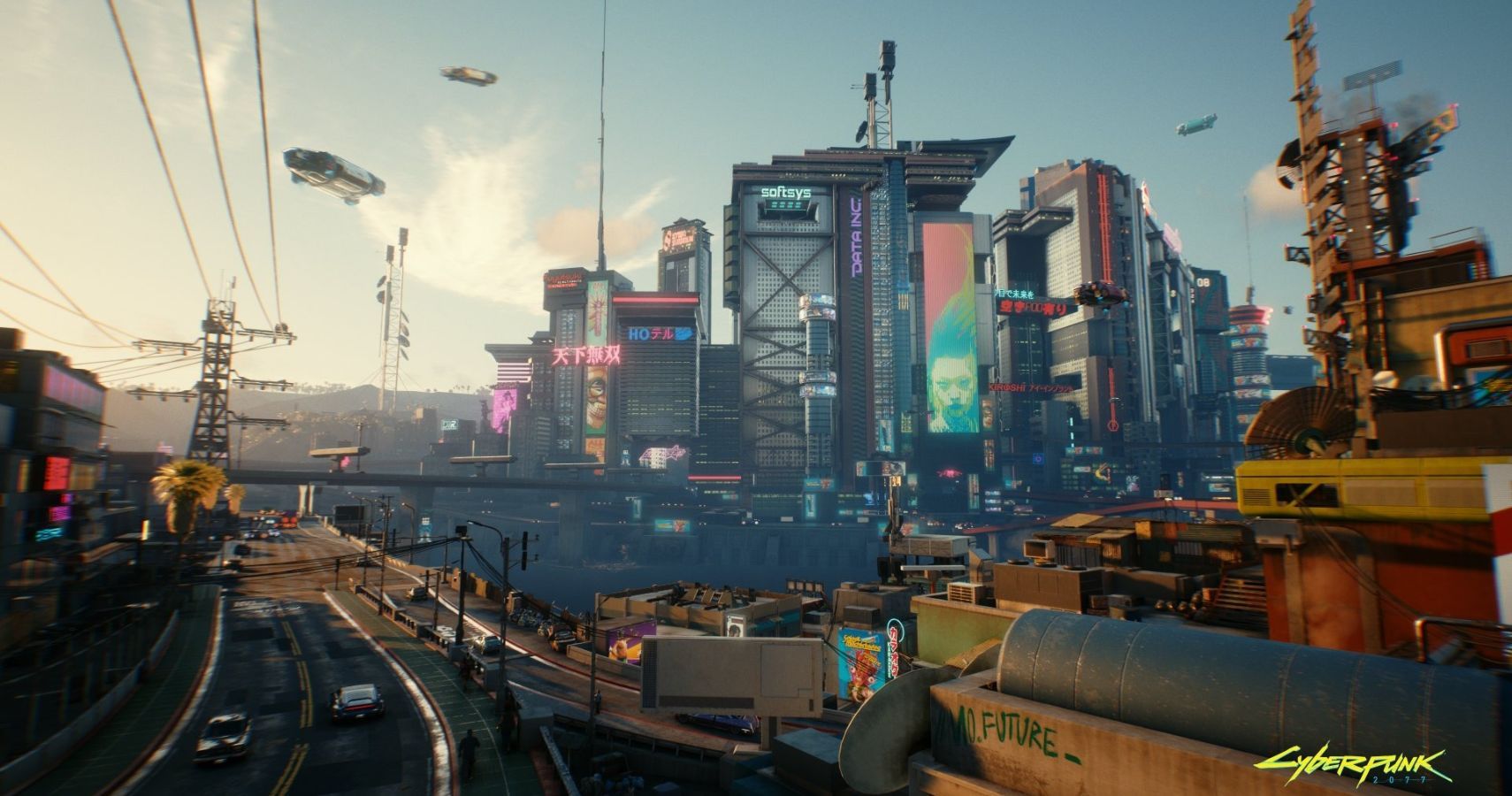