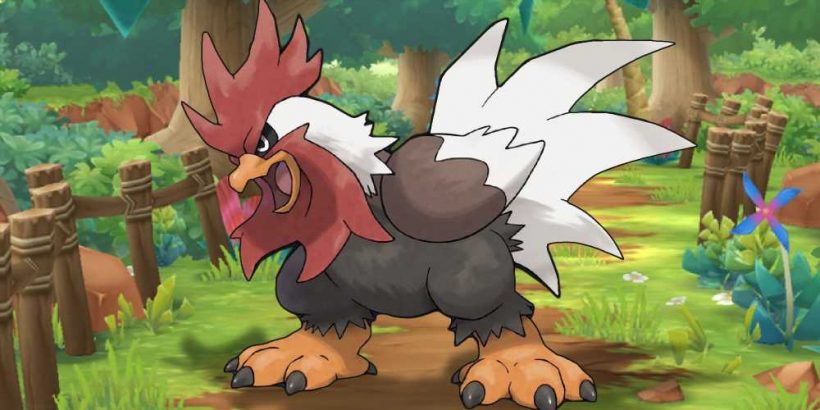 A concept artist has imagined what the future of the Pokemon world would look like. We already have regional variants and fossil Pokemon brought back to life, so we know they adapt and change over the years alongside their sudden and more powerful evolutions.

RJ Palmer is a concept artist who has worked on Detective Pikachu, so it's safe to say they know their stuff when it comes to Pokemon. They've created images of how they imagine Vaporeon, Garchomp, and Tyrantrum will evolve over time.

First up is Garbooster. It takes Garchomps Pokedex entry and runs with it. It's swapped out its Ground-typing for the Flying-type and now really looks like a jet. Just with a head, and claws. Palmer went this route because "A lot of dragon Pokemon keep convergently evolving into plane-like forms."

Next up is Cetaceon, Vaporeon's ghost of apex predator future. Gone is the cute and cuddly Eeveelution we know and love. It retains the look of its eyes, fins, tail, back ridge, and colour scheme but is otherwise unrecognisable as a deadly ocean beast. In a video showing the creation of these designs, Palmer said, they wanted to "give us a cool orca Pokemon to have once and for all."

Finally, there's Emperooster. It's the chicken descendant of Tyrantrum. My boy! Look how they massacred my boy! Inspired by dong tao chickens that have really big feet, this design riffs on "the common misconception that chickens are descended directly from T. rex." Again, it retains the same colour palette and some key design features so it can be recognised as a descendant of the terrifying dinosaur fossil 'mon.

The funniest thing about Emperooster's design is that it's under 3ft tall. Pokemon are all weird sizes, and a lot have utterly wrong stats, but turning the king of the dinosaurs into an angry little rooster is simply perfect.

You can find more of RJ Palmer's designs over on their webstore. They've even got more Fakemon.