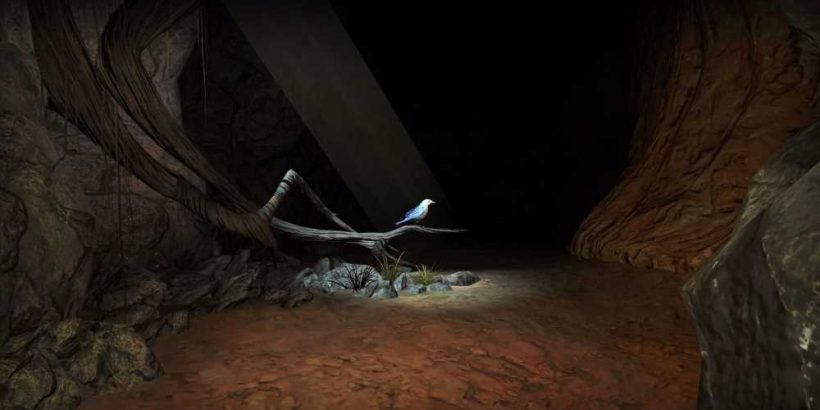 Colossal Cave Adventure is a 1976 text-based adventure game that wowed players with its narrative branches and tough and often absurd puzzles. TheGamer spoke to two of the developers behind a fully 3D reimagining of the game, coming to PC, VR, and Nintendo Switch, coming autumn 2022.

"It's been a wild ride, for sure," says Cory Baxter, a gameplay engineer. "The challenge is: what are people expecting when they read these words?" Creating the visuals for a near 50-year-old video game that has only existed in the minds of players and the scribbles in their notebooks is a daunting task for any developer.

To ensure the reimagined version of the game is as close to the original as possible, the developers have had to play it to death. "When I started for the QA, I had the task just to play the old game to get familiar with it," Valentin Neiger, one of the game's QA team told TheGamer.

Colossal Cave is known for being very difficult, both due to it's tough puzzles and the need to do so much in one playthrough to get a perfect score.

"There's some areas in the game where it's like, man, were those original designers just cruel or what," Baxter questions. "This isn't even fun. And I took no pleasure in coding some of it. If you wander in here, you might be trapped in here for a while – you may not be able to figure this one out without Google"

Neiger, however, relishes the quirks of the orignal. "At the time, the concept of 'good game design' was was not invented yet. I have a fascination for how these games operate. I enjoy how faithful this is."

Of course, making any game is going to lead to bugs, and Neiger's job is to discover them – something which has created a jokingly love-hate relationship between him and Baxter.

"It's just the everyday thing – I report a bug, they fix it," Neiger explains. "They?" Baxter interrupts. "They," he says again, this time with airquotes. "Me, I fix it." He laughs. "Some of the ways that he breaks the game I can't even… I built this game and I don't even I didn't even know you could do."