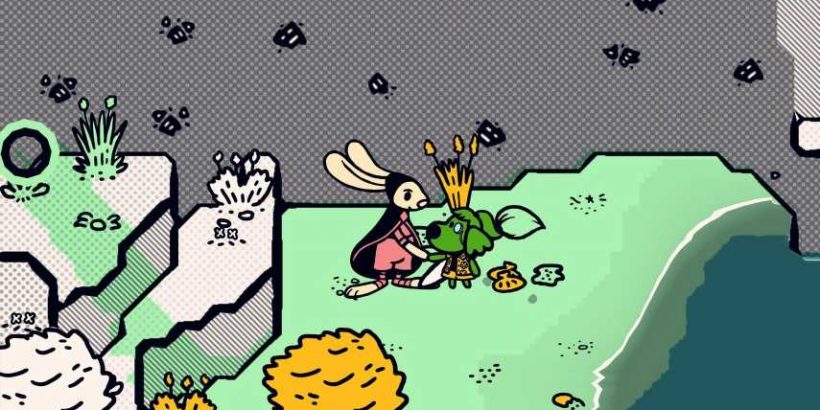 The developer behind Chicory: A Colorful Tale, Greg Lobanov, revealed that he is currently at work on a new game. Lobanov broke the news in a tweet where he included the picture of a leaping animal.

“Been waiting a long time to let everyone know: I'm working on something new with the Chicory team,” Lobanov said on January 1, 2022. “I can't wait to talk more about it! Hope to share details in 2022.”

While he gave no information about the project, Lobanov posted a job advertisement which offers a few clues about the upcoming title. The game will apparently feature furry animals in a pastoral setting.

Lobanov wants to hire a Creature Concept Artist at some point in February, 2022. The advertisement refers to “designs with lots of character and personality” as well as “real world animals/ biology.”

“We’re looking for someone to design creatures/ monsters based on prompts from the team. We will expect you to make rough sketches of ideas, then make adjustments to the creature design based on feedback, and then produce finished digital illustrations of your design from different angles that the team can use as reference for other assets. We’ll also include you in feedback discussions on other designs and ask for your input on others’ work.”

Lobanov released the critically acclaimed Wandersong on September 27, 2018. The game is “a musical platforming adventure with an emotional story. Play as a silly bard and use music to interact with everything on a journey around the world. Along the way you'll explore, solve puzzles, and meet a huge cast of characters!”

Similar to Wandersong, Chicory was praised by critics when it came out on June 10, 2021. The title is described as “a top-down adventure game in a coloring book world full of vibrant characters. Use painting powers to explore, solve puzzles, make friends, and draw on anything!” Chicory was featured on several of our Game of the Year lists for 2021.

While details about the project are few and far between, the news from Lobanov has been met with excitement. Players of his previous titles have been wishing him well on the development of his next game.