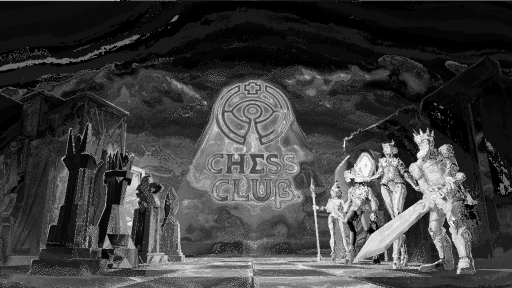 Chess fans rejoice, because your VR prayers have been answered. Chess Club is bringing the classic game to Oculus Quest next month, with pre-orders available now.

Chess Club will launch on July 1 for Quest, but is available to pre-order now and will be available a few days before release in Early Access from June 29. Odders Lab are the developers behind the game, who also put out the rhythm game OhShape on Quest, PC VR and PSVR last year. Odders Lab says that Chess Club will also release on Steam for PC VR, but there’s no set release date for that version at the moment.

The game supports playing against a friend (with voice chat and avatar features) or against an AI with several levels of difficulty. There’s also online multiplayer with casual and ranked options, alongside different time rules for matches that include “bullet, blitz, classic, real time and async.” You won’t just be limited to controllers either — hand tracking support will also be enabled on Quest headsets.

At launch, there will be 2 environments to play in — Grand Palace and Stonehenge. The former is described as a “classic hall with the official Staunton chess pieces,” while the latter is “a magical setting inhabited by fantastic creatures and mighty warriors with unique fight animations and sounds.” The developers say that more environments will arrive in future updates, alongside a ‘Chess School’ that will feature lessons designed by professionals with tips for all levels of players, from beginner to veteran.

According to the Chess Club FAQ, all games are asynchronous, which means you don’t have to finish them in one session — if someone disconnects, the game will pause and you can resume at any time you like.

Chess Club will be available on Quest for $14.99 on July 1, but a 10% discount is available for those pre-order the game before it hits Early Access on June 29.