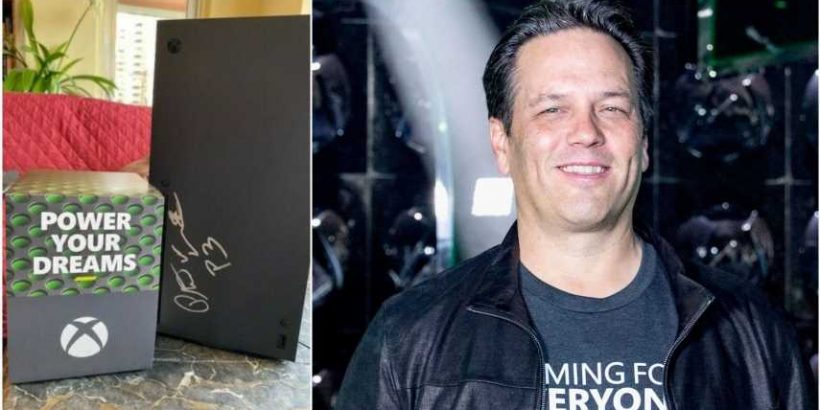 The New York Game Awards recently wrapped up with Hades taking home game of the year (unsurprisingly). The biggest gaming event in New York was livestreamed to thousands of viewers on YouTube and Twitch on Tuesday, along with several celebrity interviews.

One of those celebs was Xbox head Phil Spencer, who came on the line to donate a brand new Xbox Series X and auction it off for charity. To sweeten the deal, Spencer even signed it with a sharpie to give a little extra class, and then carefully placed it back inside its original packaging.

You can now bid on that Spencer-signed Xbox Series X by heading on over to eBay. The current bid stands at $3,200 as of the time of this writing. All proceeds go towards the New York Video Game Critics Circle, a non-profit organization that helps poor students in New York’s Bronx and Lower East Side.

The auction closes on February 2, so you’ve still got five days to come up with the money. Maybe use some of those GameStop stock gains you’ve made over the past week or so.

Also at the New York Game Awards was former Xbox head Robbie Bach, who explained in an interview why Xbox never got around to making a handheld console.