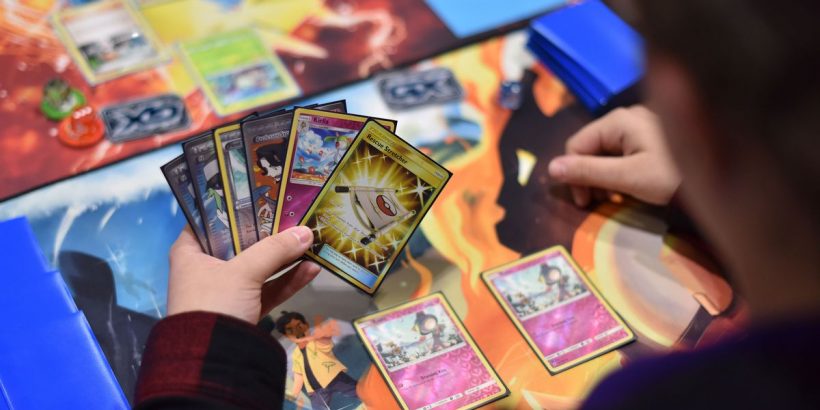 Retailers can’t keep Pokémon cards on their shelves. Rare cards are selling for hundreds of thousands of dollars at auction. McDonald’s is overwhelmed with nostalgic adults buying up Happy Meals to collect card packs steaming with hot fries inside a cardboard box. The Pokémon card industry, which has existed since 1999, has boomed over the past year, right alongside sports trading cards.

The rush is part pandemic-induced interest and 25th-year nostalgia for the Pokémon franchise.

Professional Sports Authenticator (PSA), a professional authentication service that specializes in trading cards, announced Tuesday that it’s pausing operations to get a handle on its backlog of cards. PSA didn’t specify exactly which cards have pushed it to its breaking point, but interest in both Pokémon cards and sports cards have surged during the pandemic.

PSA is the “largest and most trusted card grading service in the world,” according to its website. It’s created a 10-point system to rate trading cards after they’re authenticated — it starts at PSA Poor and goes up to PSA Gem Mint 10, a ranking that means the card is virtually perfect. So many people want to get their cards graded now, hoping they have a valuable card on their hands, that PSA can’t keep up.

“The sheer volume of orders that PSA received in early March has fundamentally changed our ability to service the hobby,” PSA president Steve Sloan wrote in a statement to customers. “The reality is that we recently received more cards in three days than we did during the previous three months. Even after the surge, submissions continue at never-before-seen levels.”

PSA said it will be unable to accept new cards for “the foreseeable future,” even after a price increase for the service. Sloan said the company will reintroduce the service in tiers, with all services back by July 1. Prior to this change, people were able to fill out forms online and then package up and ship their cards to PSA for grading. Service is suspended for cards valued up to $2,499, so the good news is that if you’ve got a card worth more, you can still get it rated through the upper tiers, which can cost up to $10,000 for the service.

All crossover services, which “cross over” grading from other services to PSA, have been suspended.

Polygon has reached out to PSA for more information.

Initially, interest in rare or valuable Pokémon cards increased on niche enthusiast sites. Then, YouTube creator Logan Paul opened a valuable box of Pokémon cards on stream. It was a moment that acted as a catalyst for other streamers and influencers to invest in the hobby. After all, opening a Pokémon pack in hopes of getting a rare, valuable holographic card is suspenseful and exciting.

Everyone’s out there searching for their own holographic Charizard card, one that can make a seller stinking’ rich, if it’s got the right grade. This week, someone paid $311,800 for a “Shadowless” Charizard card with a PSA Gem Mint 10 ranking — a 1999 first-edition card that’s very rare, and in pristine condition. But it’s not the only valuable card; there are plenty of them that can net a collector hundreds or thousands of dollars.

The value is certainly a draw for interested collectors, but it’s also become trendy on streaming sites like Twitch to open packs on stream — sort of like opening loot boxes or weapons skins.

Because of that increased demand, it’s become hard to buy new packs, too. The Pokémon Company can’t print cards fast enough. In response, the company announced in February that it’s reprinting cards “at maximum capacity” to meet demand.

The only problem now is that if you were to nab a rare card, you’ll have to hold onto it a little while longer to get it graded.