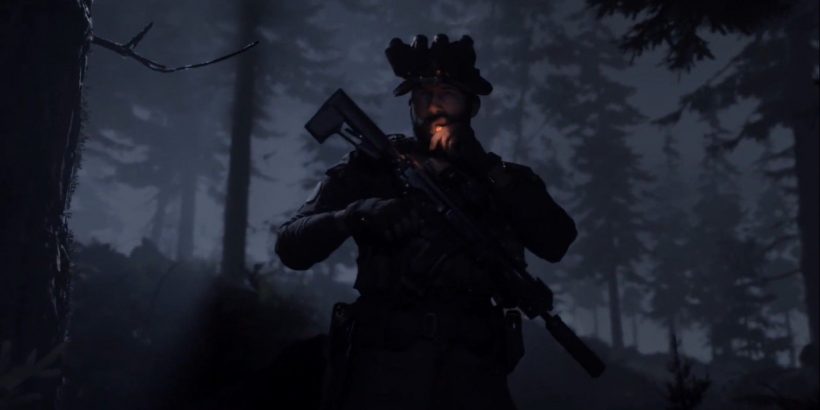 In 2019 the Call of Duty: Modern Warfare reboot brought back series veteran Captain Price to take on a new kind of threat. Now, three years later, Price will be bringing along his squadmates from Task Force 141 – Soap, Roach, Gaz, and Ghost. While Price is pretty much the same character we saw in the original series – down to the hat – there was a chance that he would have turned out a bit differently in the reboot.

Billy Murray was the voice actor for the British SAS operative in the original series, but in the reboot, Price is played by Barry Sloane. Knowing that he was playing an iconic character, Sloane probably wanted to make his own mark on Price and not simply do what his predecessor did.

“Murray did an incredible performance, it was amazing,” said Sloane in an interview with NME. “That’s why people give a fuck about Captain Price from the get-go. However, I was the first actor with the opportunity to move him – physically embody that, and make it a 3D, modern version. I was excited, and I paid homage to him, I tried to add elements of his performance and choices, certainly in the tone.”

“In the auditions, I played him Scouse and I was really pushing it because we don’t have enough Scouse superheroes in my opinion," he continued. "But we decided to not go down that road, and to go somewhere around where Billy did it. Billy’s a little more clipped, a little more in the system – mine’s a little more working class, I think. I went from that perspective and put some of it in but then added aspects of myself, and I was afforded that by Infinity Ward.”

Not only is Captain John Price an iconic character, but according to one study conducted in March this year, he is also the hottest guy in video games. As if it wasn't already tough taking on such an important character, Sloane also has the additional burden of living up to Price's hotness while playing the character. Most people think it's the accent, but it's mostly the hat that exudes pure sexual energy.