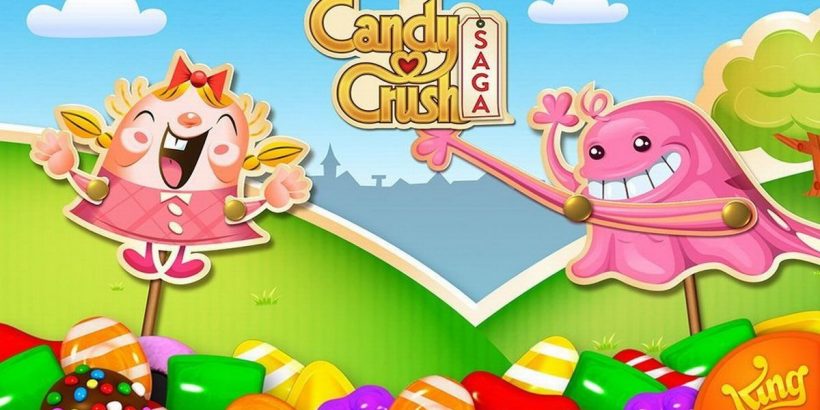 I was recently invited out to Sweden to take a tour of the King offices in Stockholm – the developer was celebrating the upcoming release of Candy Crush Saga’s level 5000, which is being supported by an in-game event, a cutesy Garden Party.

During my time there I sat down with Sebastian Knuttson, Chief Creative Head & Co-Founder of King. Knuttson was the original game designer of Candy Crush, the now global mobile phenom. The numbers don't lie – I was told there are currently 272 million monthly active users – with over 8.3 million years of play racked up so far.

The interview was an interesting dissection of all things Candy Crush – we first spoke about what the first iteration of the game looked like way back when. Knuttson told me it was fairly basic – a game where you’d attempt to hit a high score within three minutes by matching three candies. The aesthetic was always candies.

“Everybody was often using jewels and things – so the intent there was to use something that people could actually relate to – not everybody has a bunch of diamonds at home."

We quickly moved onto approaching competition – Nintendo is launching Dr. Mario World soon which will attempt to claw back some of King’s dominant market share in the match three puzzle space. On whether the prospect scared or excited Knuttson, he said he welcomes the challenge.

“I mean, Dr Mario has been around for ages as well on different platforms. I sort of enjoy it, because when we started out puzzle games were seen as like the small cousin to the big guys, console games, and eventually, it turned out to be the biggest category on the biggest platform – that turned out to be mobile.”

After that, I asked Knuttson about next-gen consoles and the future of Candy Crush – specifically I wondered if the game could ever work on the Nintendo Switch with its touchscreen and portable accessibility.

“We’ve been looking at consoles for Candy… we’ve been contemplating it for a while. I think it's more about the model and often getting the social things to work well – playing with others. I think it’s only recently that console makers have been open to the free to play mechanics.

The game is so designed that if we boxed 100 levels and gave it to them people will just finish it and it wouldn’t be the same thing. We’re always open to go cross platform, I think one of the things that made Candy big was that we were one of the first ones that did that very early, both on iOS and Android.

We love that concept and I think I’d love it to be on the Switch or PS4 sometime, but then it should be the same game and that’s actually pretty hard to do.”

I later asked Knuttson about whether addictivity is part of the design conversation when working on Candy Crush – people are more or less hooked on this game with no signs of stopping. I asked whether the team talks about this internally, and what they do to mitigate people being on their phones all the time.

“I think we have both – I mean, you want them to play regularly so that they remember the game and it becomes the primary game they play, but at the same time… I remember in the old days there was that old brain training game on the DS, I always loved that it tried to say you can only play it 10 minutes a day and that’s healthy for your brain.

The idea with the lives (in Candy Crush) has always been that it's good to get that pause of gameplay, so you run out of lives and you get a natural pause. It’s almost like having Christmas every day if you can play unlimited. We want to have that balance of like not having people play continuously. And if you look on how long people play regularly on Candy versus some of the deeper mid-core game like clash of clans, we’re at a much lower rate per day. It should be a daily habit but a healthy habit, that’s sort of where we want to be – it’s like a cliffhanger in a movie or TV show.”

As the interview started to wind down I asked another pressing question – I brought up the rampant dangers of crunch in AAA game development and how many companies do away with work-life balance in order to get something finished on a deadline. I wondered how King would approach this predicament, given they currently oversee 11 studios and 2000 employees as of 2017. As for the Stockholm office, Knuttson offered a surprisingly positive response.

“I think we have a very healthy work-life balance, it’s been one of the cultural pillars we’ve built on. You will see people working normal office hours here. We don’t do crunch time. It's one of the benefits of not having this big launch of Christmas and then that's it.

Rather, we have to know that tomorrow… it’s like our store, we’re going to open the store tomorrow and we have to continue doing the fun event or designing levels. By being more of a continuous free to play game that's sort of endless, you have to work in a different way.”

It’s how we've always worked even before we did it for a living at the start. It was about finding that sort of a work that didn't build on crunch – I think a lot of people that were recruited in the early days, they've had the crunch environment in other locations and feel like this is a healthier way to work.”

On the future of King, I asked about what is currently in the works and whether they all still follow the same tried and trusted puzzle formula.

“We have several games in development, we always have that and I think a lot of them are puzzle games. Its just in today's market getting a game out is tricky, it's about hitting the right level of ambition. So we’ve been working on a lot of different games that are non-candy and non-puzzle games – but then if they launch, that's a different question.

We have to go in doing a game with the mentality that if it's not good enough we stop that idea and we start the next one which is challenging and different to the console industry. You know, it’s not only about developing the game – it's like if you launch it you intend to run it for five years. It really has to be amazing otherwise it doesn't make sense.

It’s a bit like how TV shows do pilots – they build the whole cast, broadcast one or two episodes and realise the viewership is not there – then you have to cut your losses and think about the next ideas.”