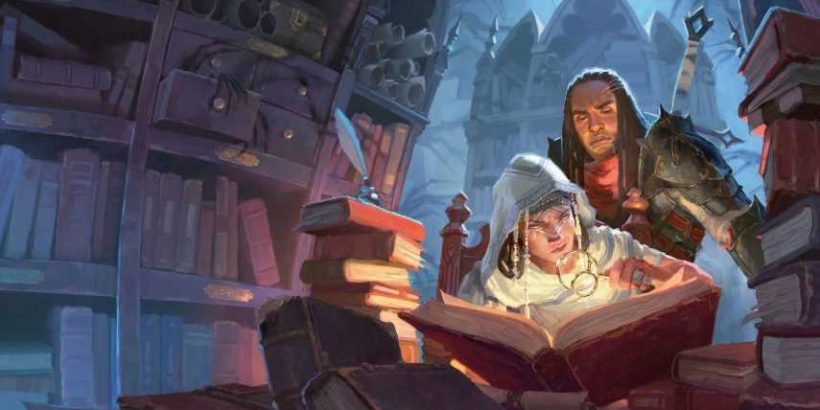 Dungeons & Dragons publisher Wizards of the Coast has come under fire by one of the contributors of the recently released Candlekeep Mysteries. The writer claims that the publisher overhauled their contribution to the D&D supplement so severely that he no longer wants his name attached to future printings of the book.

Graeme Barber, a games writer and designer better known by his online pseudonym PanzerLion, took to Twitter earlier this week to detail his surprise of finding the material he submitted so heavily altered. According to Barber, he had been hired to create one of the many one-shot adventures that was included in Candlekeep Mysteries. His contribution was the Book of Cylinders, an adventure centered around a conflict between two factions of the Yuan-Ti and their hunt for forgotten relics within a settlement of frog-folk.

After being approached about contributing to the book and having his “pitch” accepted, the process seemed to go along without a hitch. He submitted his draft, was paid according to his contract, and waited to hear about any necessary changes or edits needed. He wouldn’t hear from the publisher for several months when they began coordinating media interviews and promotions. Barber would discuss how players could play as the frog-like Grippli, build out their culture and relationships with other races, and how excited he was to put the spotlight on this oft-overlooked area of Forgotten Realms lore.

However, after finally reading the published version of his adventure, Barber realized it was very different than what he originally contributed. According to him, “Colonialist language and imagery around the Grippli was inserted…moving them from being simple and utilitarian with obvious culture and technology to being primitives who decorate their thatched huts with crab bits.” He also decries that all of the threads he used to connect to the lore of the Forgotten Realms were cut away.

After a lengthy thread on Twitter that explained his frustrations, Barber made another lengthy post to his website where he more succinctly outlined the ordeal. In the post he talks more about the process and how saddened he was to see some facets of the adventure changed so completely. He also offered a detailed outline of what his initial adventure looked like, which some are dubbing the “PanzerCut” on Twitter.

Barber also explained that the worst part of all of this was the fact that his interviews and promotions for the book gave false impressions to the public as he was unaware of all the changed made to his adventure. While other contributors may have had more inclusion in the editing process, many are outraged that Barber was cut out of that before his submission was altered.

Though Barber admits that Wizards of the Coast had no contractual obligation to make him aware of changes to his adventure, he does wonder it they would not inform him of the changes before letting him give interviews and promotion for something that wasn’t anything like he thought it was. These accusations of erasure are a real shame considering Candlekeep Mysteries was meant to usher in a new era for the tabletop that was more diverse and inclusive. Hopefully, there are some proper explanations for why this all went down, but until then Barber has respectfully requested that his name no longer be associated with the book.