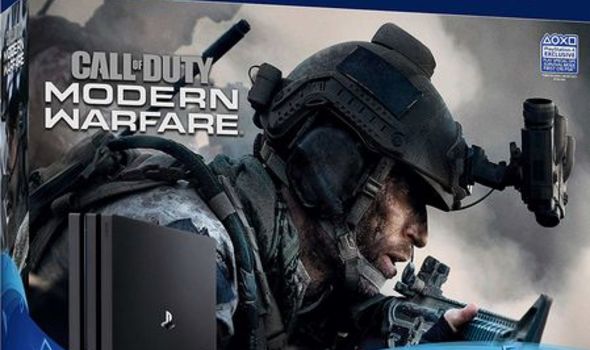 Looking to play Call of Duty Modern Warfare with your friends when it launches this Friday but not got yourself a PS4 yet? Or simply looking to upgrade to the PS4 Pro before this year’s biggest release? We’ve got something you’ll want to see.

Amazon is offering the new Call of Duty alongside both the PS4 and PS4 Pro at a significant discount – meaning you can jump straight into the white-knuckle campaign of Modern Warfare, or COD’s deep multiplayer suite.

Hurry though – we don’t imagine this Modern Warfare deal will last much longer than October 25, when the new Call of Duty launches.

If you’ve already got yourself a PS4 or PS4 Pro, then we’ve got a handy way to save yourself £15 off the asking price at GAME.

The best part is, it’s so easy that you don’t need to do anything – just pre-order the game through this link, and you’ll get £15 cashback into your TopCashback account within ten days that you can then withdraw. It’s simple, and the easiest way to pick up the game everyone will be talking about.

Call of Duty: Modern Warfare is a reboot of the Modern Warfare subfranchise that went cold after 2011’s Modern Warfare 3. This title brings a new, realistic story, new multiplayer modes, and the return of the exciting Spec Ops missions. In fact, PS4 is the best way to play, as Sony fans will be the only players able to play Spec Ops survival – it doesn’t come to other platforms for an entire year!