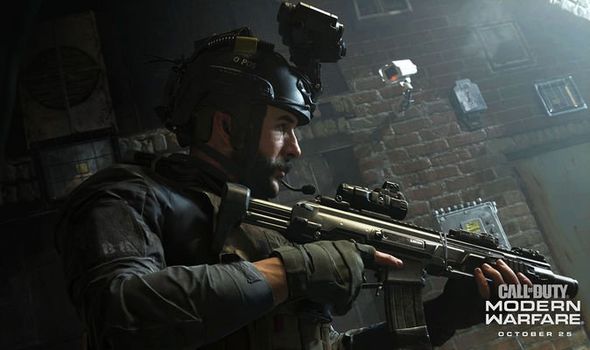 Call of Duty Modern Warfare is getting a multiplayer beta next month on PC, PS4 and Xbox One.

And the good news is that Activision is planning to drop crossplay testing in with it, meaning you’ll be able to play with your other console friends.

Fans will also be pleased to hear that Infinity Ward will be running an open beta version of this test on both gaming platforms.

So not only will you get to play with your friends on whichever console you choose, but the Modern Warfare beta will also be free to download.

As always, gamers will need to find out if Xbox Live Gold and PS Plus memberships will be required to join in.

The news was shared during a big Call of Duty Modern Warfare multiplayer event today, which featured plenty of updates.

For now, we don’t know the exact time Modern Warfare will be available to play on PS4 and Xbox One, however, we do know the release dates.

Players who decide to pre-order the new COD game, you’ll be rewarded with early access to the multiplayer beta.

This will be followed by the open beta and the crossplay testing on all platforms.

And it should also be noted that PS4 players will be the first to receive access on September 12, 2019.

Weekend 1 will start on September 12 and will only include PlayStation 4 gamers.

However, Weekend 2 will be much more open and will see Xbox One fans get a chance to join in.

September 21 to September 23 will feature crossplay support across PS4, Xbox One and PC, making it the most exciting of all the Modern Warfare beta dates.

A full schedule from Actvision can be found below:

“Our goal with Modern Warfare is to bring all gamers together from day one to play together,” said Patrick Kelly, Creative Director and co-Studio Head, Infinity Ward.

“We’re doing away with the season pass; we’re delivering a mix of free maps, a ton of content following launch, and we’re developing the game for crossplay. We’re live-testing now, and fans will get to try for themselves next month in the Beta.

“This is a new day for Call of Duty multiplayer, and today is just the start — we have many more exciting reveals coming for fans that we can’t wait to share.”

More news regarding the Modern Warfare open beta is expected to be shared in the coming weeks for PS4, Xbox One and PC gamers.