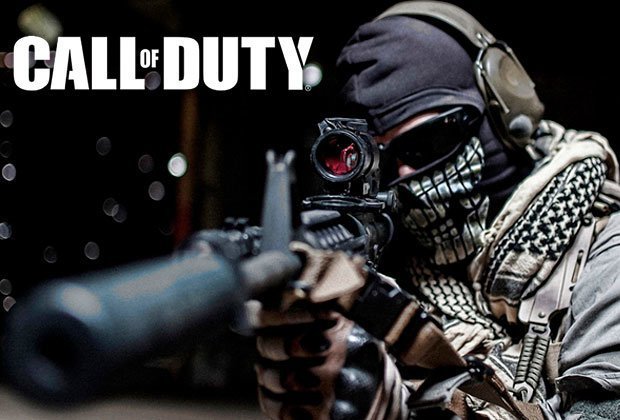 It’s all but confirmed that Activision and Infinity Ward will be working on Modern Warfare 4 this year – it’s one of the industry’s worst kept secrets right now.

But – despite all the leaks and rumours – we haven’t actually formally heard anything about the game from the developer or publisher yet. Whilst the latest news from Activision tells us we’re going to hear something about Call of Duty 2019 sooner rather than later, we’ve also heard today that the developer will have a presence at E3 2019.

This week, the official E3 account noted that Infinity Ward will be joining the panel at the E3 Coliseum for a special chat about all things CoD.

“Join the Infinity Ward team for a panel discussing the next installment of the critically-acclaimed Call of Duty franchise.”

Infinity Ward and Activision have both noted how this year’s game is supposed to represent a step forward for the brand – we’re keen to see if this will be detailed during the panel.

This comes after last week when Activision told us – more or less – when we can expect an announcement about what’s to come this year.

During the company’s first-quarter 2019 earnings call, Activision reassured its investors that Infinity Ward’s next Call of Duty game (largely believed to be Call of Duty Modern Warfare 4) will be revealed soon.

And by soon, it means… well, within the next two months.

Acti noted in its call that the next game will be unveiled at some point during the second quarter of 2019. So where does that leave us now?

Well, by most standards, June 30th is at the very end of Q2 2019, meaning that we have roughly two months maximum to wait until we hear more information about the game.

“We started the year with strong operating discipline and exceeded our prior outlook for the first quarter. We are increasing investment in our biggest franchises to better deliver against our growth potential, and I am pleased with our progress,” noted Bobby Kotick, Chief Executive Officer of Activision Blizzard.

“We’re continuing to enhance our leadership position in esports. The second season of the Overwatch League™ has seen strong growth in viewership, and we’re seeing enthusiastic demand for our professional, city-based Call of Duty® league franchises.

“We have already sold the first five Call of Duty teams in Atlanta, Dallas, New York, Paris and Toronto to owners who recognize the scale of the opportunity from their partnerships with us on the Overwatch League.”

You can read the full earnings call report here.

Other than that, we didn’t get too much information about this new title, sadly – the rest of the call was more geared towards the specifics of Activision financials.

We recently heard that this game will be the most ‘ambitious’ Call of Duty title to date.

Taylor Kurosaki, the narrative director, thinks this may well be the most ambitious game he has ever worked on. Now, keep in mind that he has worked for Naughty Dog, who aren’t exactly slouches when it comes to ambitious games.

In a tweet from a fan asking if “Call of Duty 2019 is the most ambitious game you’ve ever worked on?”, Taylor simply replied “Definitely.”

We look forward to hearing more from the studio soon.