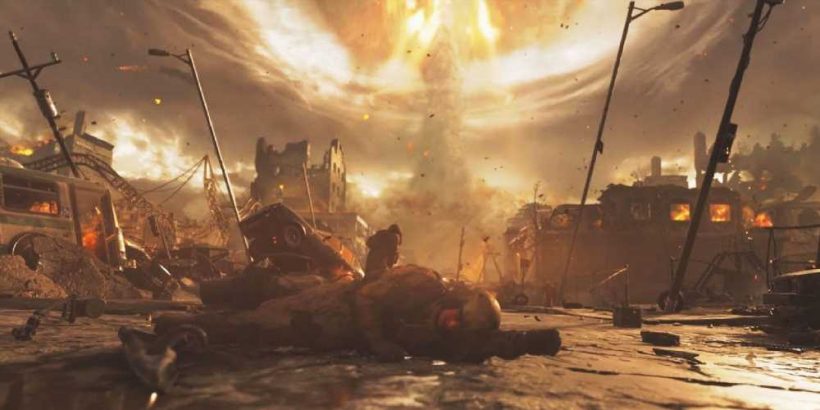 The Tactical Nuke is a Call of Duty staple. Get enough kills and you can unleash an over-the-top finale for the entire game, completely wiping out both teams and prematurely rolling the credits. It appeared in the original Modern Warfare 2, the mobile game, and even Black Ops Cold War. But it looks as though the new Modern Warfare 2 has changed its name… again.

Vanguard called it the "V2 Rocket" which serves the same purpose – if you get a 25 killstreak with guns and equipment, you can wipe out everyone and end the game. Modern Warfare, the 2019 reboot, also has a nuke killstreak which is aptly titled the Nuke. But its sequel has renamed it to Mass Guided Bombs, as revealed in a new leak.

It's one of the most demanding Nuke killstreaks in the series, requiring a 30 gunstreak. You have to use guns and equipment, so normal killstreak rules don't apply. Once you've unlocked it, you'll be able to call in a nuke and wipe out the entire map, much as in previous games, ending the match. As highlighted by Insider Gaming, this is the ninth Call of Duty to feature a nuke or nuke-like killstreak.

Mass Guided Bomb, or MGB, doesn't have the same ring to it, but maybe we'll get used to it. At any rate, there are already plenty of videos cropping up online showing people using the gunstreak, wiping out friend and foe in a mass display of carnage.

Speaking of… Another leak came out a few days ago that revealed we might be getting a Zombies mode in Modern Warfare 2. Dataminer cod_sploitzimgz found references to "Round Based Zombies" and "Outbreak", a Black Ops Cold War mode that put Zombies in battle royale maps. It could be for the next Treyarch game or for Modern Warfare 2 itself – we'll have to wait and see.