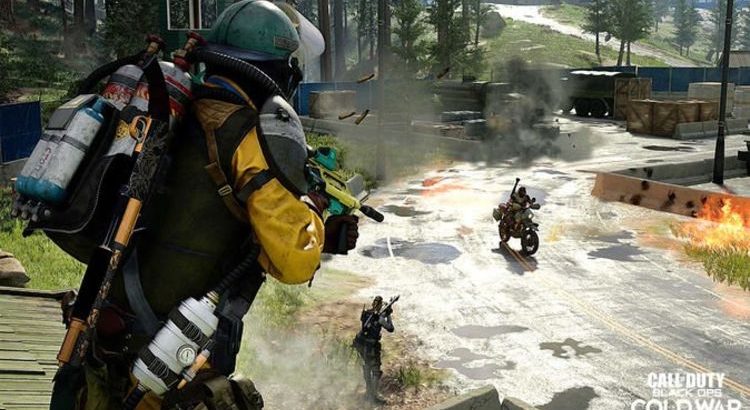 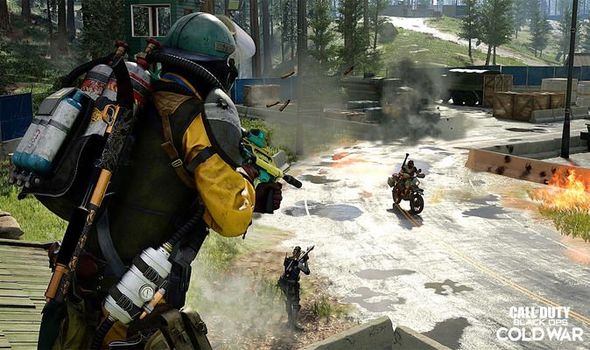 The Season 3 release date for Call of Duty Cold War is scheduled for this week, and there’s plenty of new content being planned for the launch.

And to keep up with all the latest changes, gamers will need to download a few Call of Duty Cold War updates for both Black Ops and Warzone.

Activision has warned gamers that this week’s COD patches will be arriving on different days.

But the good news is that Cold War Season 3 will be kicking off at the same time for everyone, no matter what game they are playing.

So even if you’re not playing Warzone and don’t need to download the next update, you will still be waiting the same amount of time for the new content.

This week will see a lot of focus on Warzone, as it’s getting a revamped Verdnask alongside a special event.

But that doesn’t mean Season 3 of Cold War won’t have plenty of stuff to check out, with new maps, modes and cosmetic items coming to the game.

WHAT TIME IS THE CALL OF DUTY COLD WAR UPDATE COMING OUT?

According to Activision, the Call of Duty Cold War update time has been scheduled for Wednesday, April 21, at 5am BST.

For gamers in the United States, the new COD patch will be available to download at 9pm PST on Tuesday.

However, while the Black Ops Cold War Season 3 update will be available to download on April 21, Season 3 itself won’t be kicking off until April 22.

“For this update, there will be a download size of approximately 8.1 – 13.1 GB for Black Ops Cold War and 25.2 – 25.9 GB for owners of the free-to-play Warzone who have the latest updates on either game.

“Remember, the Warzone download is not necessary if you are only playing Black Ops Cold War, and vice versa.”

That’s a much smaller download size from previous patches, and there’s plenty of new stuff to look forward to.

Early patch notes from the Cold War Season 3 update have been shared and you can find highlights listed below:

When you need to spit fire, pick up the PPSh-41 SMG, an absolute classic in the series. Though its damage per shot is moderate, its rapid-fire, high-capacity capabilities encourage an aggressive playstyle ideal for leading the charge in objective modes and clearing out tight spaces in Warzone.

Precision and power. The Swiss K31 Sniper Rifle was made for one neutral country ready to rearm for world war, but will now find itself in the arsenals of the NATO and Warsaw Pact forces. This bolt-action sniper rifle boasts exceptional accuracy, as well as fast rechamber and aiming speeds with a large ammo capacity. Aggressive sharpshooters will be in their element with this new rifle, whether it’s sniping out in the wilds of Warzone or pushing forward on objectives in Black Ops Cold War.

A versatile weapon first introduced in the original Call of Duty: Black Ops, this iteration of the Ballistic Knife is a rare piece of spy technology developed in the late 1970s by Soviet Forces.

Carve through the competition with this burst-fire tactical rifle, joining the ranks of the M16 with its high-damage, high-bullet-velocity output. Boasting moderate firepower with solid recoil control and a large ammo pool, the CARV.2 cuts the deepest when used for mid- to long-range engagements.

The Secondary category gets even deeper later in Season Three thanks to the AMP63 pistol. Slotting in as the fourth sidearm in Black Ops Cold War’s arsenal, this personal defense weapon is a cross between a self-loading pistol and a fully automatic SMG.

A classic bruiser’s weapon of war, and Black Ops Cold War’s newest addition for one-hit melee fans. Unlock the Baseball Bat in Season Three, and get out there and crack some skulls in Multiplayer, Zombies, and Warzone.

Bury your enemies in an avalanche of firepower as you fight through the crumbled remains of the Soviet observatory on Mount Yamantau. Battle through a massive downed satellite dish, snowy interiors, and broken catwalks, and fast-rope up and over your enemies to get the jump on the competition.

In the lonesome desert, this slice of Americana erupts into a battleground. Gear up for 6v6, as well as 2v2 and 3v3 in Gunfight on this fast-paced and frenetic map. Battle around the gas station and its surrounding buildings, smack dab in the middle of the badlands. Get frying.

This Black Ops II classic is an icon to fans and pros alike, and in Season Three, it’s coming to Black Ops Cold War. Compete in 6v6 on this medium-sized map, which features a timeless three-lane feel and plentiful opportunities for outsmarting your opponents. Watch those buildings and mind the van over near the hay bales.

Deploy with your squad to the Ural Mountains in this expansive new Multi-Team environment. Duga offers something for every playstyle, whether you prefer to move through the central admin offices for close-range battles, or work your way around the perimeter through the bus depot to the chemical processing plant for long-range battles.